The New Moon Hotel is well-situated in the Old Town’s outskirt where many excursions in Bukhara start. The building façade does not stand out against the other houses in the makhalla and looks simple, but inside you will have quite a different feeling. The lobby walls are decorated with floral patterns, traditional for the East, and smart pictures with main Bukhara landmarks, the floor is covered with bright carpets.

The New Moon restaurant is decorated in the same style, but the floral patterns are enriched with frescos depicting various scenes from Uzbek ancient history. Spacious and cozy rooms also include elements with traditional Uzbek patterns and ceramics in their decoration. The hotel courtyard with wooden carved columns and an abundance of summer greenery and flowers is decorated with a well, though it is just an additional décor element, rather than a functional one.
Property Amenities 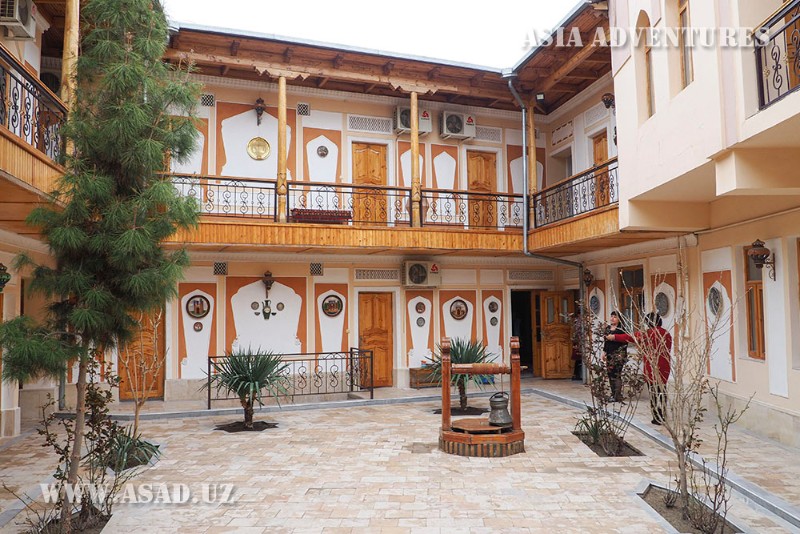 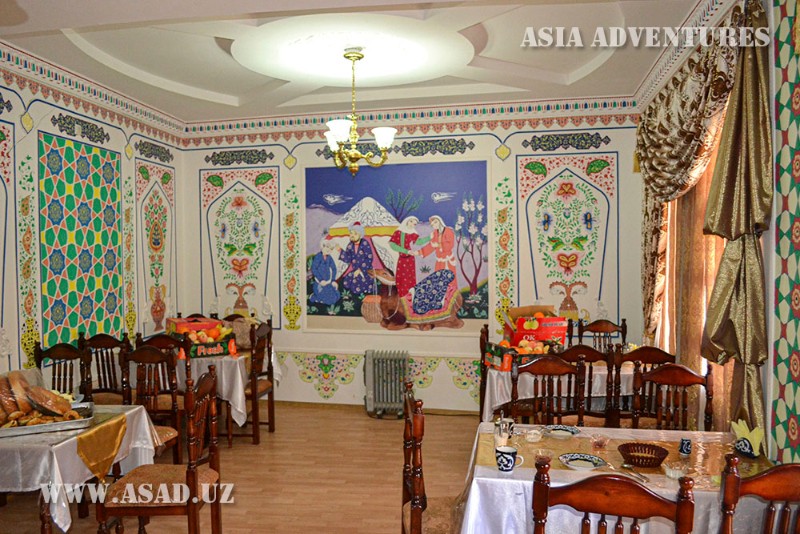 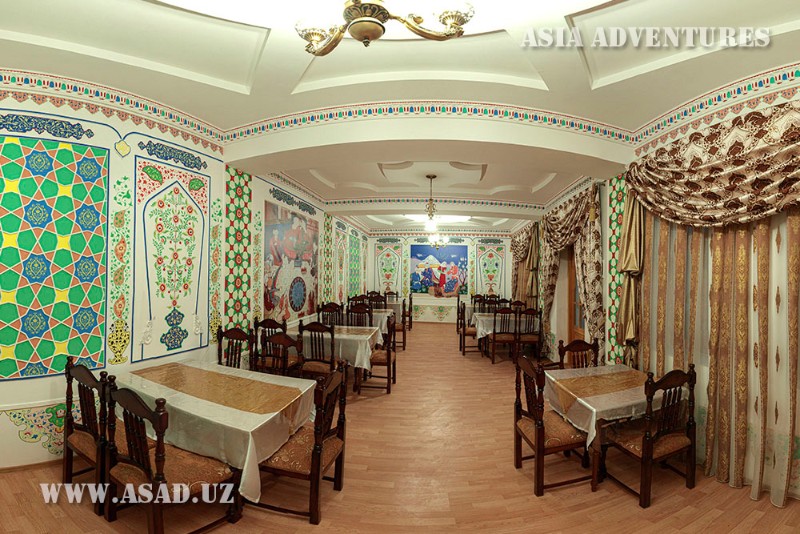 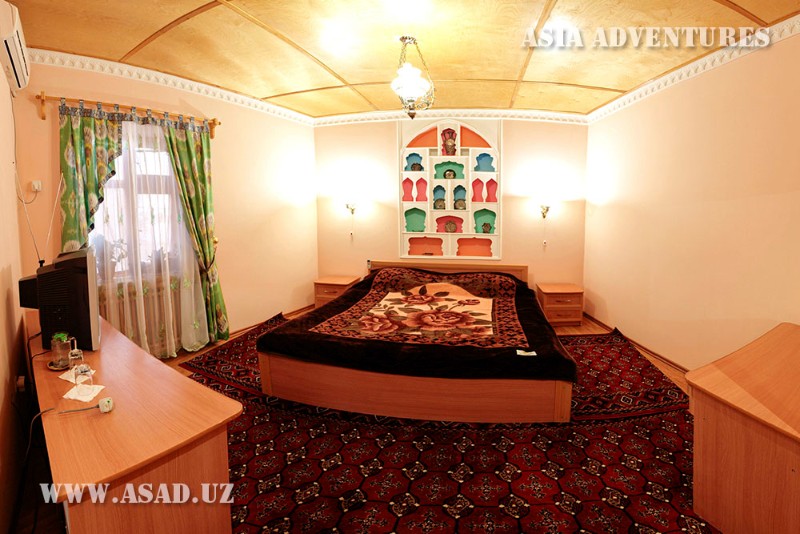 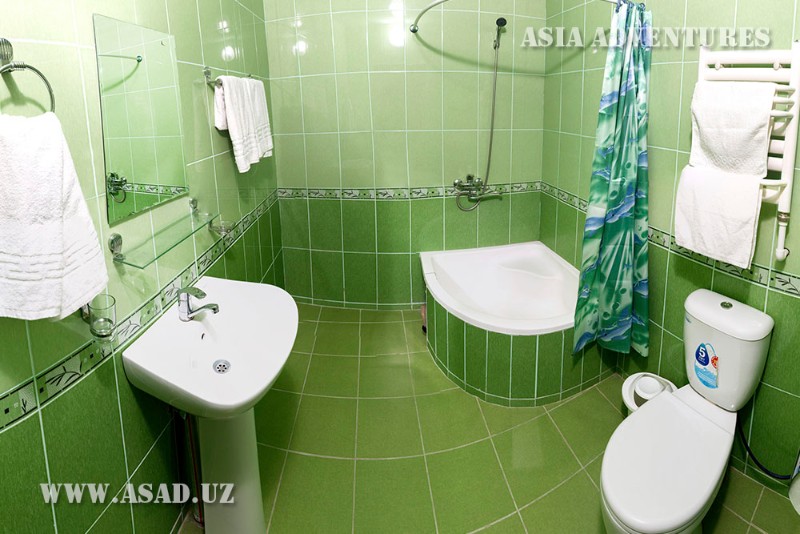 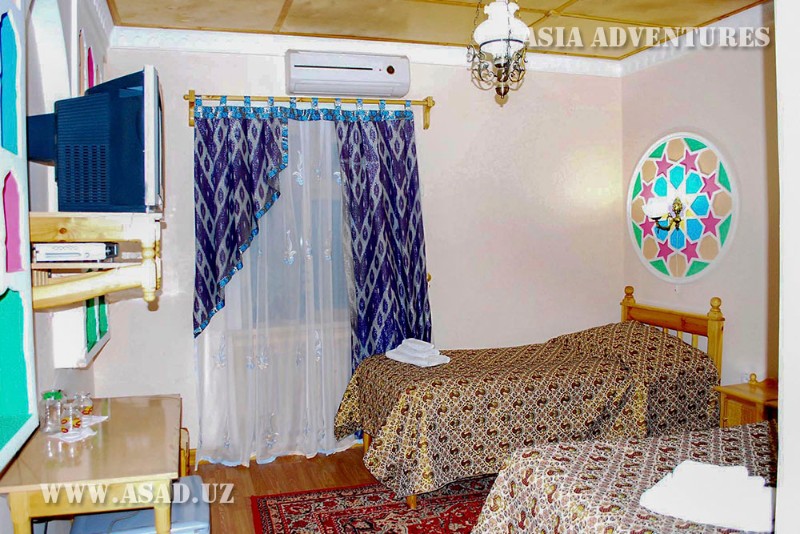 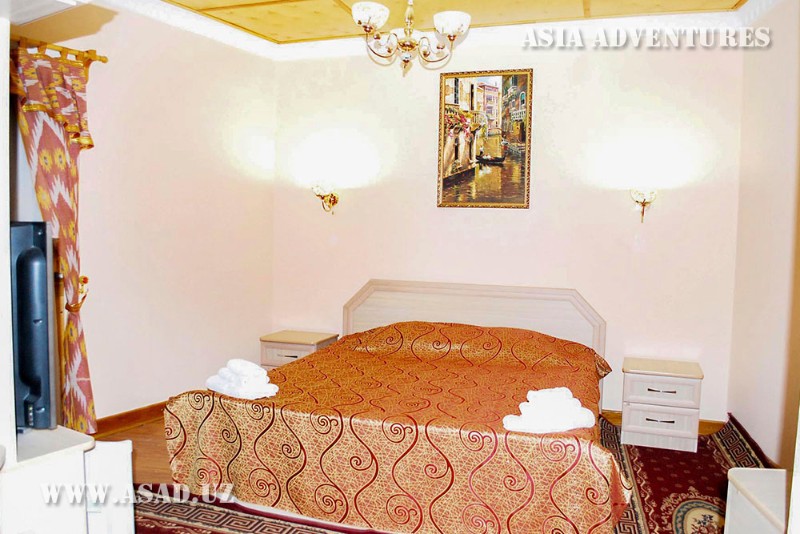 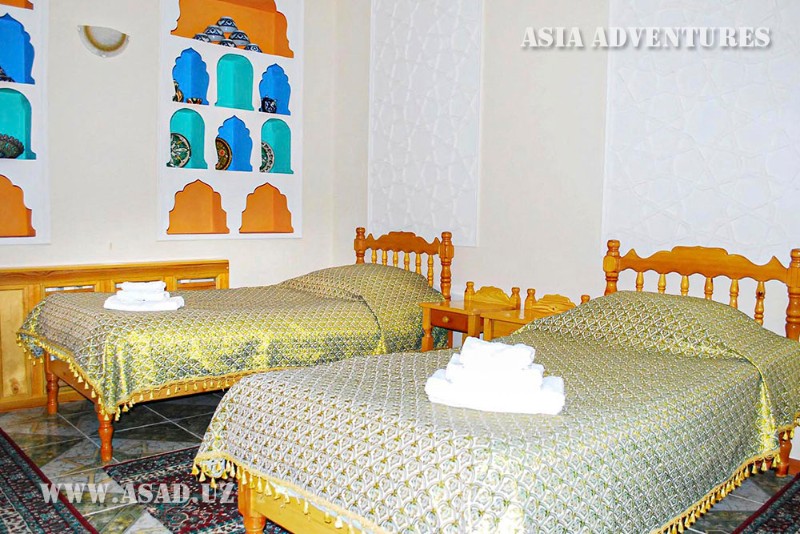 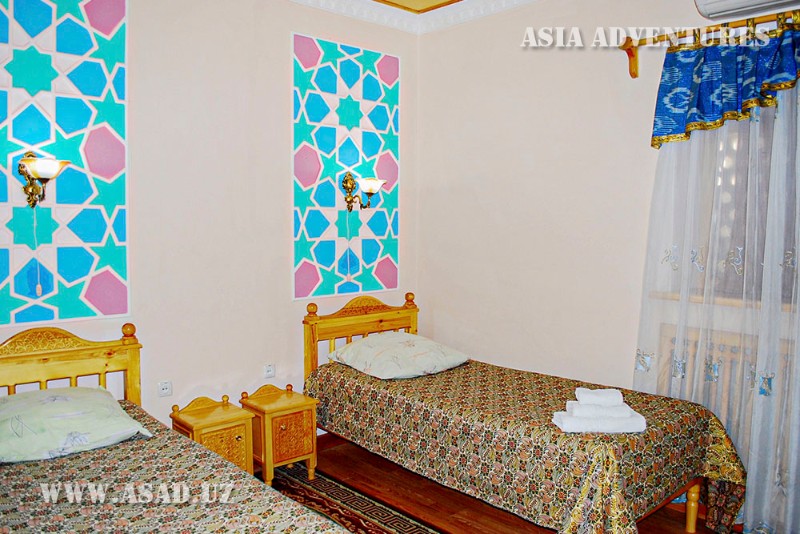 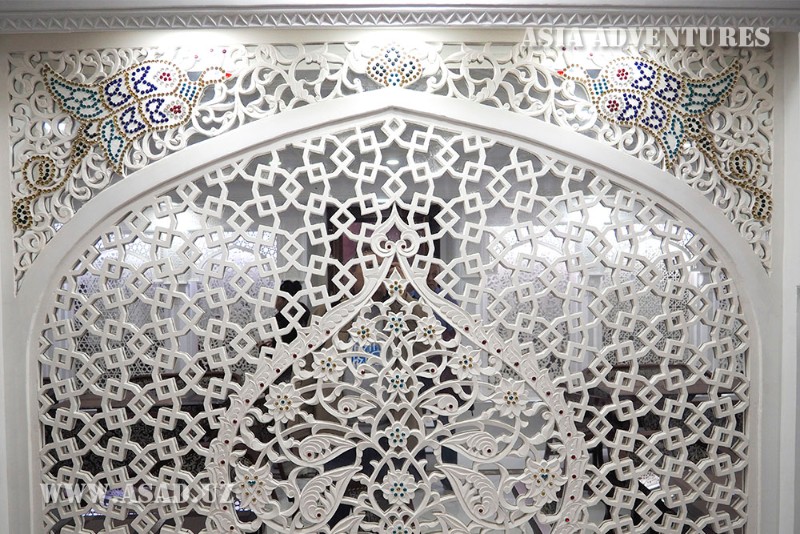 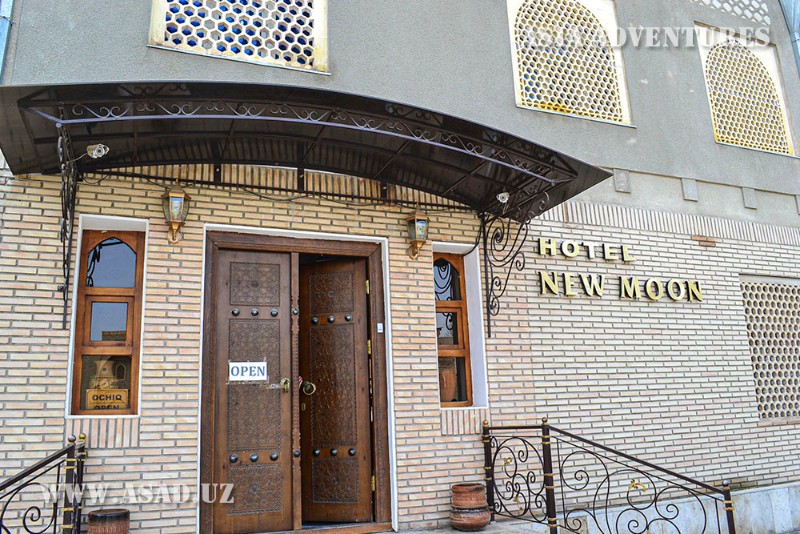