Saypantash is considered by local people as a holy place that is located in Kuruksay villageon the southern slope of the Zeravshan Range at an altitude of 820 meters above the sea level. There are thousands of huge granite boulders of fancy shapes scattered over a huge area.On the ceiling of one of the giant boulders, drawings of ocher from the early Neolithic age are preserved. Scientists believe that the pictures depict perhaps the most ancient calendar in the world. Saypantashis considered holy and attracts pilgrims from all over Uzbekistan. The surroundings of Kuruksay are also incredibly beautiful.

SHORT PROGRAM OF THE TOUR

During the excursion you will see:
- exotic Kuruksay and Taragay villages;
- Saipantaş sanctuary;
- man made fields on steep mountain slopes;
- huge and fancy granite boulders;
- traditional rural lifestyle and traditions of local people;
- picturesque landscapes of the Zeravshan mountain range.

By the request of the tourists, it is possible to stay overnight in traditional hose of local and light hiking in the mountains or difficult pass (20 km)through Zeravshan mountain range (pass 1969 m above the sea level) in Samarkand region. 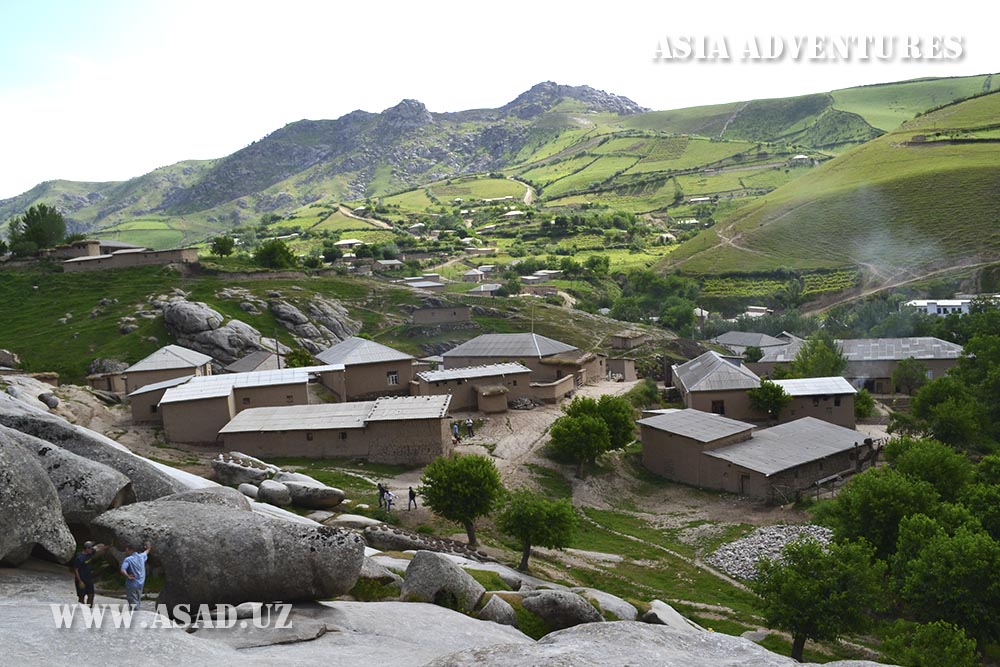