A fascinating historical-excursion, educational, ethnographic adventure tour in the undeservedly rarely visited southern region of Uzbekistan. You will see not only the ancient cities - UNESCO sites, but also the wonderful nature of Uzbekistan, visit exotic mountain villages, where they keep their millennial culture, traditions and way of life, walk along mountain paths, enjoy local cuisine, bring home original souvenirs of local craftsmen. 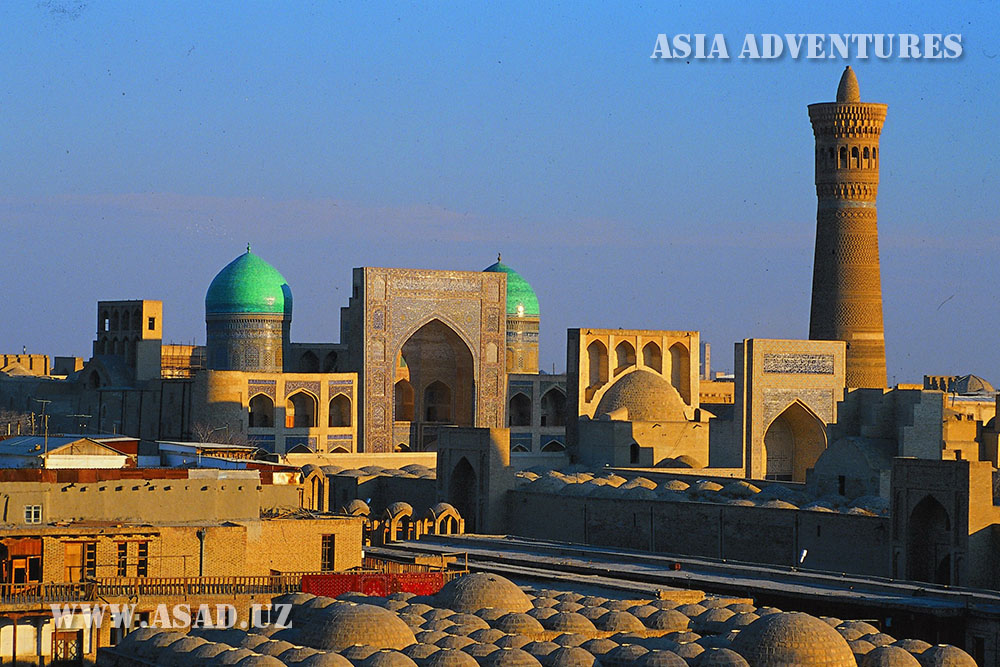 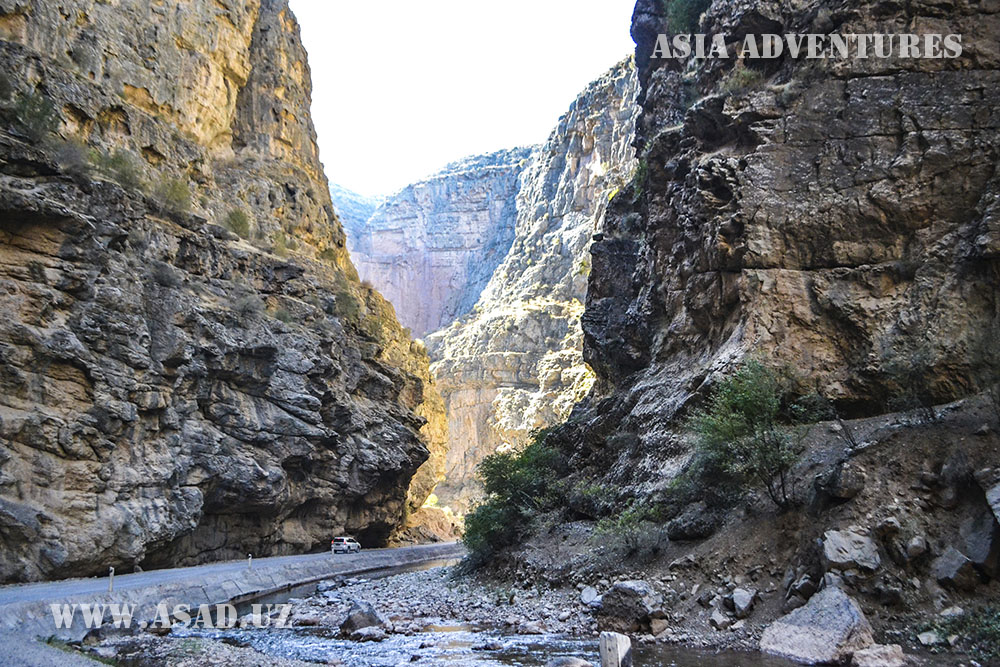 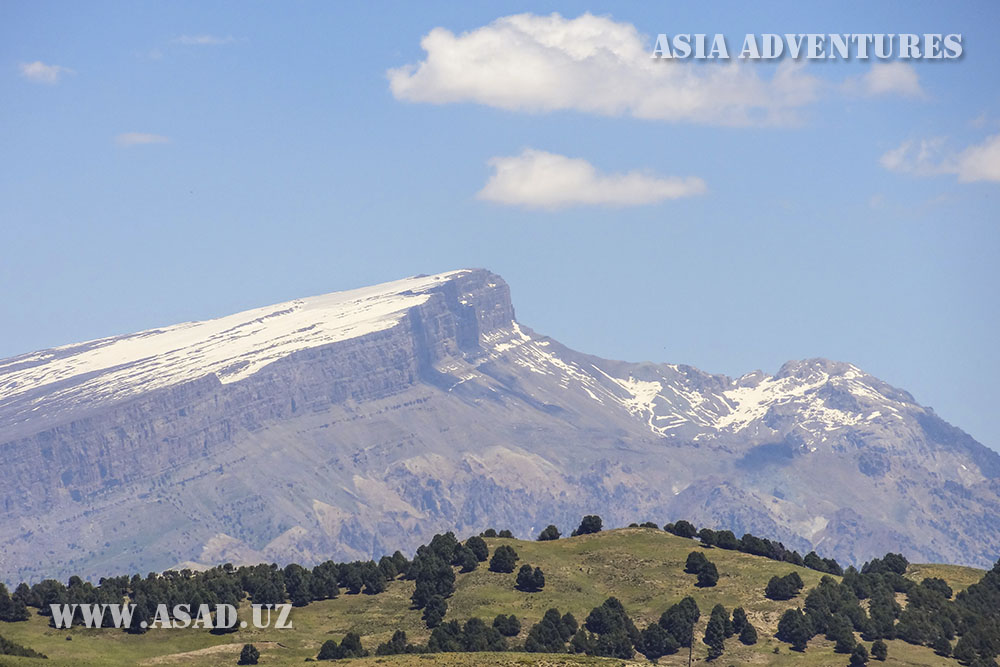 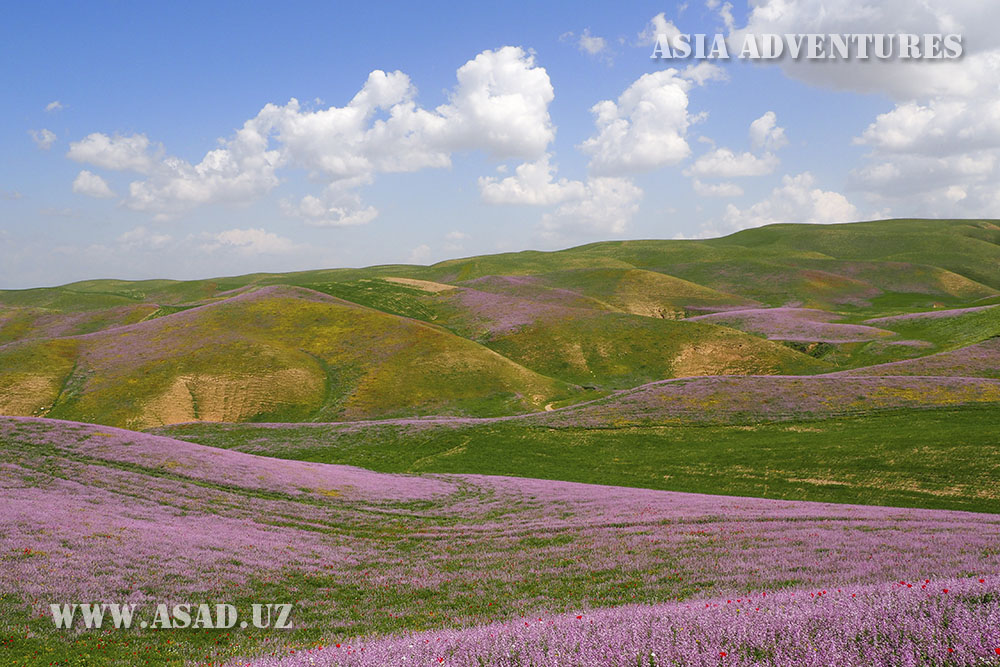 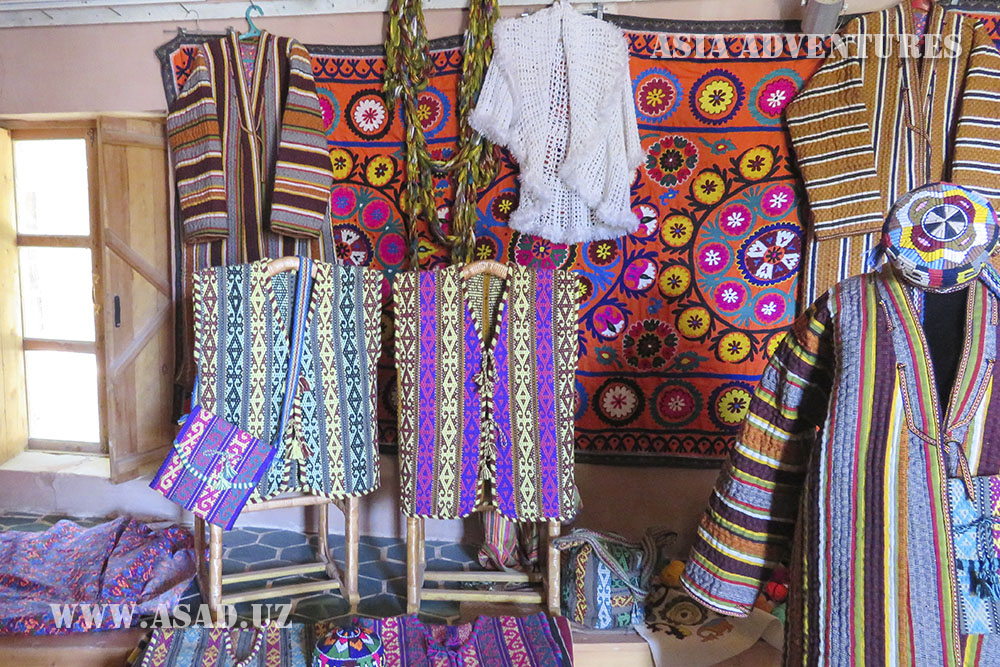 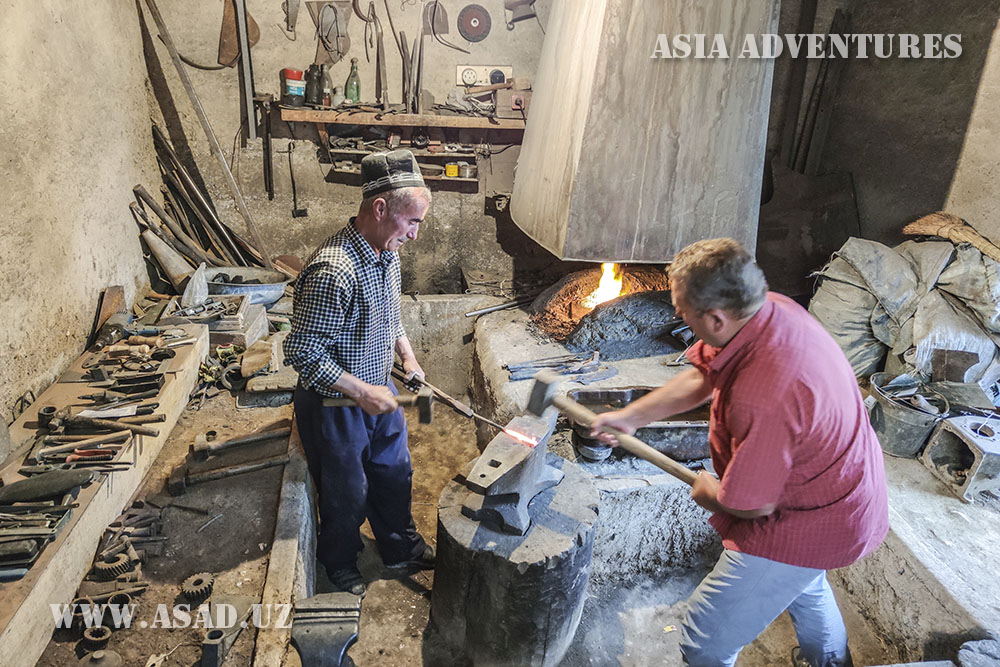 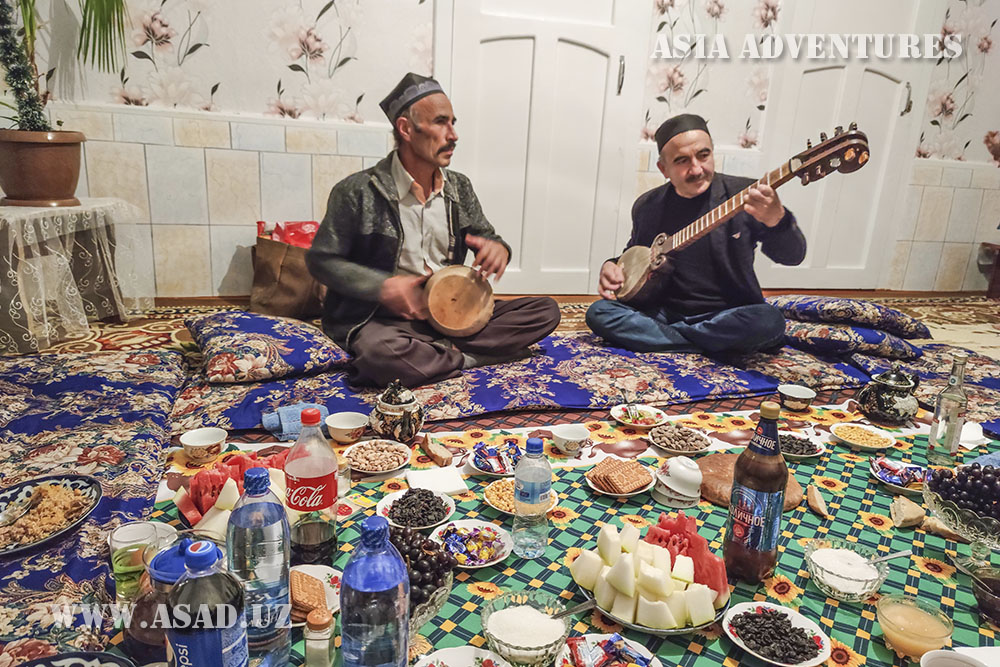 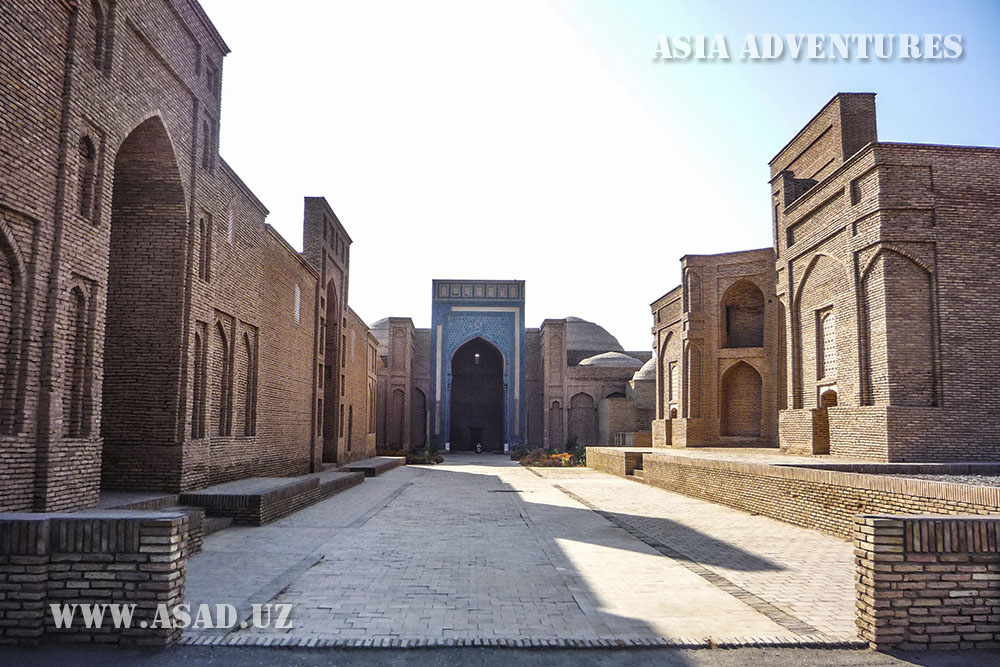 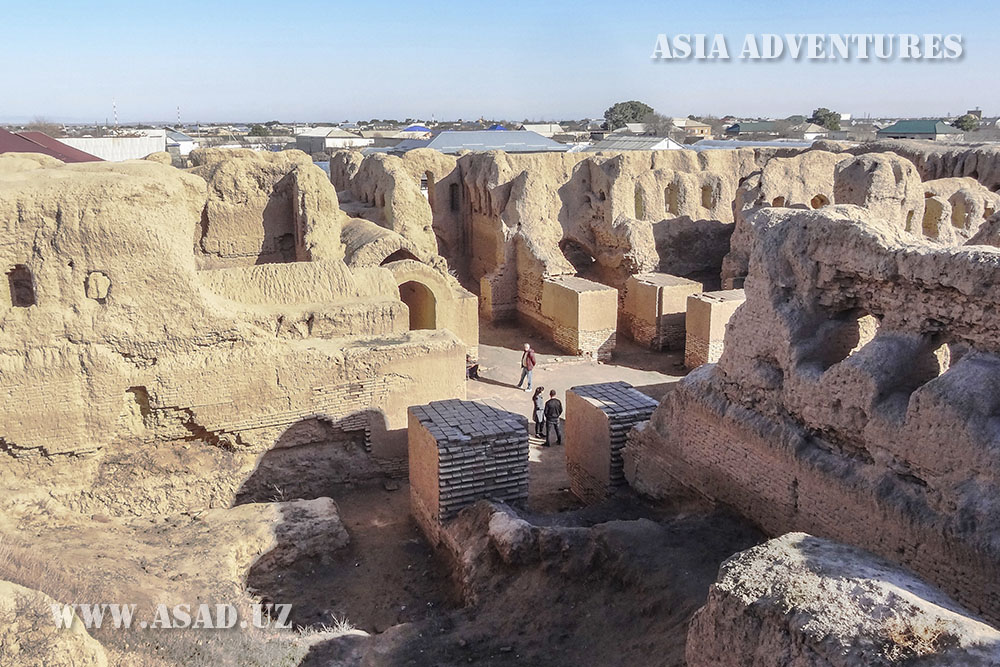 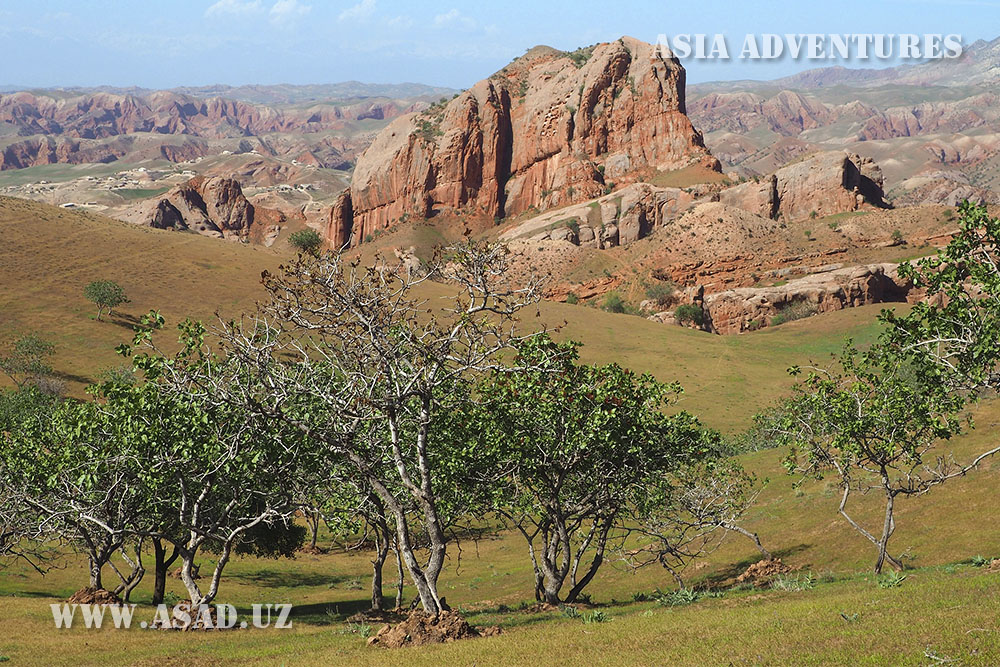 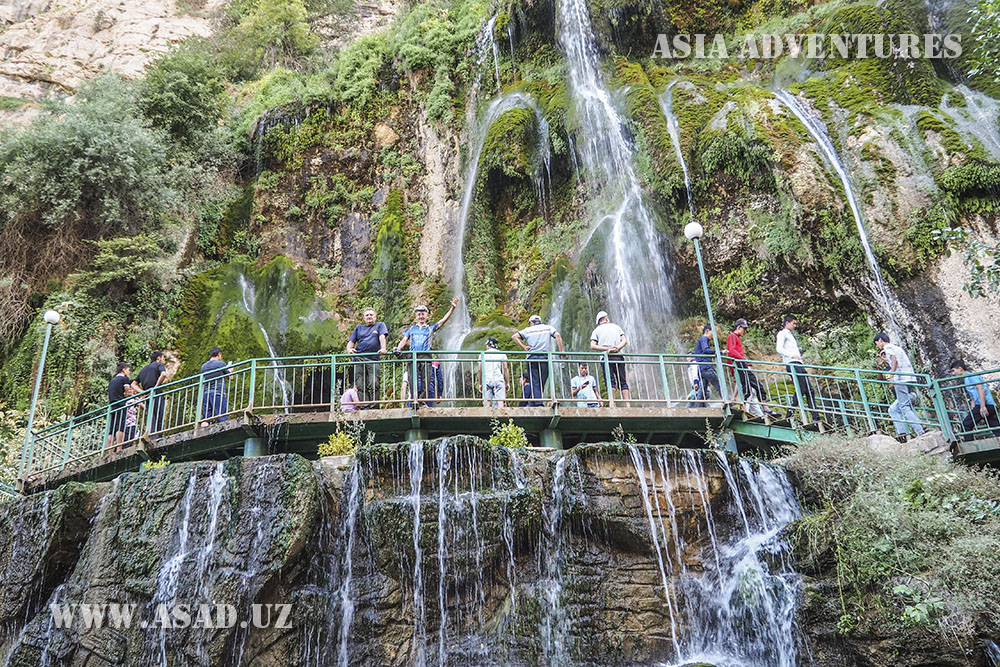 Arrival in Termez at 11:30. Light breakfast in the train.

Arrival in Termez at 11:30. Light breakfast in the train. Termez is the most ancient city in the south of Uzbekistan, located on the right bank of the Amu Darya River. Excursion to the Archaeological Museum, where more than 40 thousand unique exhibits are collected. Accommodation at the hotel. Lunch. After lunch, drive to Kampyr-Tepa, an ancient (more than 2500 years old) port city on the Amu Darya, identified by scientists with Alexandria Oxians. Continuation of excursion: Fayaz Tepa - Buddhist monastery - a UNESCO site, the Kyrk-kyz complex - an interesting and mysterious architectural structure, a temple of fire worshipers, a khanaka of dervishes. Rest at the hotel. Dinner.
3

Transfer to Denau (150 km, 3 hours). On the way visit the unique Jarkurgan minaret (XI-XII centuries). Lunch in Denau. Transfer to the foothills of the Gissar ridge to the most beautiful multi-jet karst Sangardak waterfall, which falls down from the middle of a huge rock (50 km, 1 hour). Return to Denau. Dinner. Overnight at the hotel.
4

Transfer to the “Mars mountains”.

Transfer to the “Mars mountains”.  Light 2.5 hour hike among the red bizarre monolithic rocks. Watching the flights of numerous vultures nesting in the inaccessible rocks. Picnic lunch. Transfer to the district center Boysun - UNESCO Intangible Heritage Site as the Ethnic Cultural Space of Boysun (km, 2.5 hours). Visit the local center of artisans, get to know the locals and their way of life. Overnight at a family guesthouse. Breakfast/lunch/dinner

Transfer to Derbent village. From Derbent, an excursion to the grandiose Kaptarkhona canyon and karst vokluz. Transfer to Shakhrisabz - the homeland of Amir Temur, the greatest commander of the Middle Ages and the leader of a huge empire (200 km, 3.5 hours). Dinner. Excursion around Shakhrisabz. Dinner. Overnight at the hotel.
6

Drive to the picturesque alpine village of Gilan (80 km, 2.5 hours).

Drive to the picturesque alpine village of Gilan (80 km, 2.5 hours). Walking around the village and its picturesque surroundings, acquaintance with the life and traditions of local residents. Dinner with local folklore. Overnight at a family guesthouse.
7

Continuation of the excursion around Bukhara and its surroundings.

Continuation of the excursion around Bukhara and its surroundings: Chor-Minor madrasah (XVIII century) - a complex with four minarets; Sitora-i-Mokhi Khosa (XIX century) - summer country residence of the last emir of Bukhara and memorial complex of Bahouddin Naqshbandi. Return to Bukhara. Lunch. Transfer to Tashkent by train Afrosiab 15.50-19.20. Dinner. Overnight at the hotel.
11 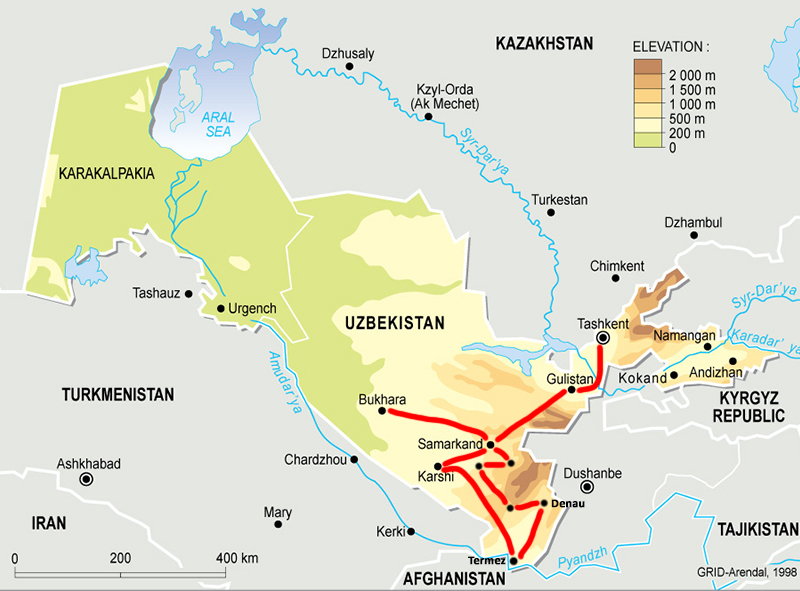