Kashgar is one of the oldest cities in the world, it’s history is over 2,000 years. Kashgar in Chinese is called Kashi, which means "place of sale of the stones." And it is not surprising, because the city is located in a green oasis next to the mountain ranges of the Tien Shan and Kunlun, and the mountains of the Eastern Pamir and the endless sands of the Taklamakan Desert.

From the earliest time, Kashgar was a big shopping center at the crossroads of the Silk Road of Central Asia, and since then, his role in the trade of the region remains high. The famous grand Kashgar Sunday Bazaar collects tens of thousands of people from all neighborhoods of Xinjiang, and even traders from Pakistan.

The population of modern Kashgar is about 1 million. And, together with the suburbs for more than 3 million

Kashgar is Xinjiang tourism gem. Its historic monuments, the ethnographic flavor, the ancient culture, the national cuisine, the splendid nature neighborhoods of the city attract tourists from all over the world.


Old Town – the pile of adobe houses, crooked narrow streets, existing here for over 1000 years. Here, in the streets there are souvenir shops, where you can find everything: from antique statuettes, books and portraits of Mao Dze Dun and other symbols of the Communist Party of China; banknotes from every corner of the globe (even Iraqi money with portraits of Saddam Hussein), drugs and powders from exotic animals, snakes, horns; skins of wolves, foxes, polar foxes; semi-precious stones, sparkling crystals and from the Druze minerals to modern Chinese consumer goods. Here, the craftsmen shops are crowded - jewelers, tinsmiths, ceramics, furriers, blacksmiths and etc., which are directly in front of you knocking, soldering, sewing, painting and selling their products. It is a pity, that the historical center - Old Town is constantly giving way to modern buildings, squares, under construction at the site of the old shacks. It can destroy the charm of ancient Kashgar.

Id Kah Mosque (Etigart) in Chinese - Id Kah, which means holiday. This is one of the oldest and largest mosque in China, with capacity for up to 10 thousand worshipers, and in particular holidays, mosque can’t accommodate everyone and then the whole surrounding area is also becoming the prayer area. The mosque was built in 1442 (though the most ancient sites belong to the IX-X centuries) and is the "heart" of Kashgar.

The mausoleum was built in the classical Islamic style in 1640. The facade of the mausoleum is decorated with glazed tiles of green, yellow and blue tones (shades of traditional Uighur). The mausoleum has become not only the burial place of the Abakh (Appak) Hoja - the ruler of Kashgar, but for another 75 people: local rulers and their families, including infants, the religious sheikhs. Here is buried the legendary Iparkhan, the Chinese name Syanfey (Xiangfei), «aromatic concubine" of Emperor Qian-Louis (Qing Dynasty), which was a great-granddaughter of Abakh Hoja, and which in addition to her incomparable beauty was a wonderful singer and a dancer and a master of con-fu . In addition, the mausoleum of Abakh Khoja in the cultural and memorial complex consists of several small mosques, madrasas, gardens, ponds and a huge old Muslim cemetery.

Sights in the vicinity of Kashgar

There are many other interesting tourist attractions near Kashgar, and the most interesting are:

The Buddhist cave temples (Buddha Caves), caves dug in the steep bank above the river Chakmak in 15 km north of Kashgar. Statues of Buddha preserved in the central cave, and fragments of frescoes - in the east cave.

The mausoleum of Mahmud Kashgari, who is a great thinker, scientist, mathematician, astronomer of XI century, who formed the "Dictionary of Turkic Languages". The mausoleum is located in the village Vupar in 50 km from Kashgar. The mausoleum is built on the burial place of Kashgari in the XII century. (It is restored in 1985). Near the mausoleum there is a spring, which is called "the Source of Wisdom" and a shady garden.

Shipman Arch (Uighur name - Tushuk-Tag (holey Mountain), in Chinese - Heavenly Gate) – is considered the highest natural arch in the world, is located in 80 km from Kashgar on the way to Karakarum highway. The height of the arch is about 457m and the width reaches 60 meters. The arch is located in a remote place, so till 1947, when for the first time, English mountaineer Eric Shipman visited this, it was not known to the world. A small path leads from the end of a dirt road to the arch way, that turns into a small canyon with ledges up to 10 meters, which need to climb the wooden stairs. A person, who overcomes this difficult road, is awaited by magnificent view. Especially beautiful view is at dawn or dusk here.

Karakul Lake with a huge ice mountain range Muztag-Ata (father of ice mountains) hanging over it and sky-high peaks of Kongur (7791 m) and Muztag-Ata (7546 m), is especially popular place in the vicinity of Kashgar. It can be reached in just 3 hours on scenic Karakarum highway, which is laid along the narrow mountain gorges to Pakistan border. After, when the tourists stroll along the beach and enjoy the magnificent views, the picnic in the traditional Kyrgyz yurts on the lake shore is waiting for them. 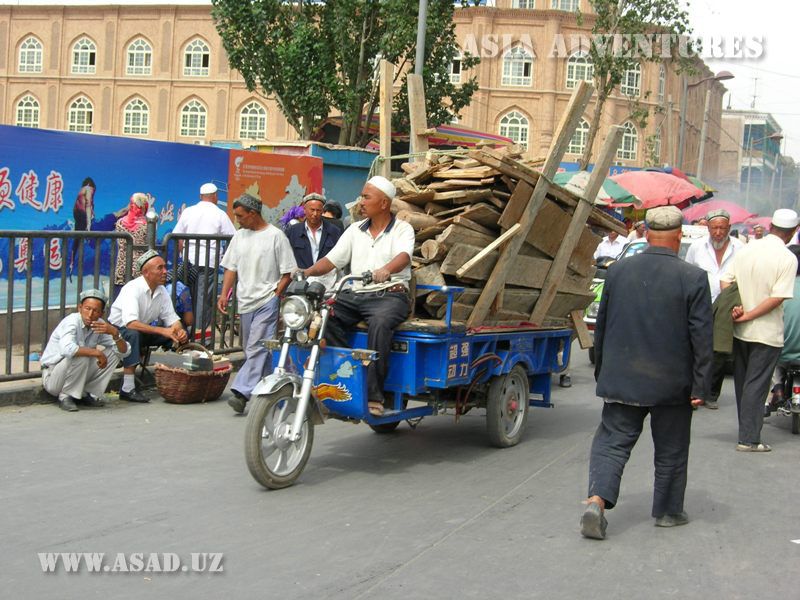 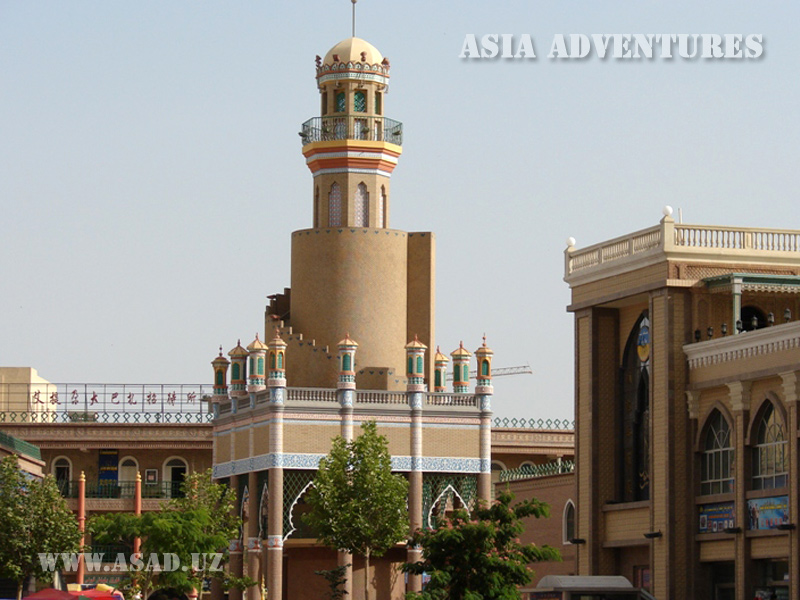 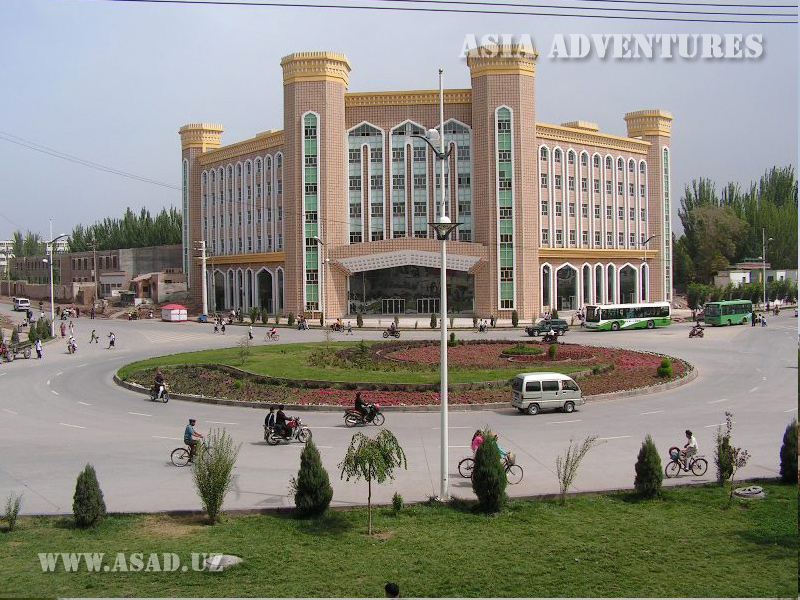 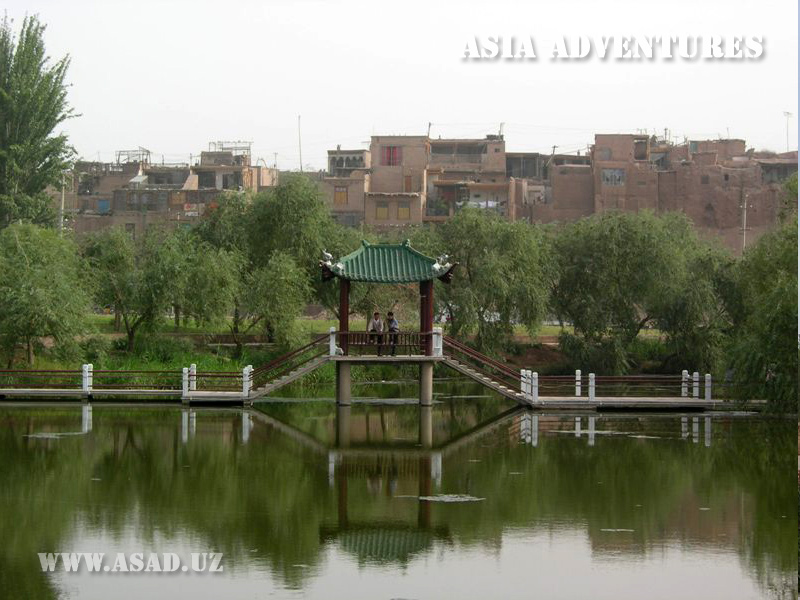 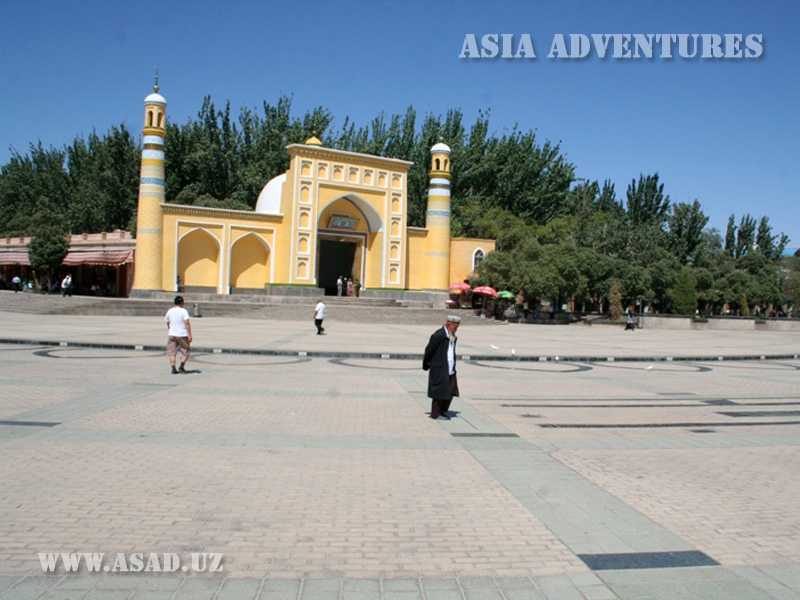 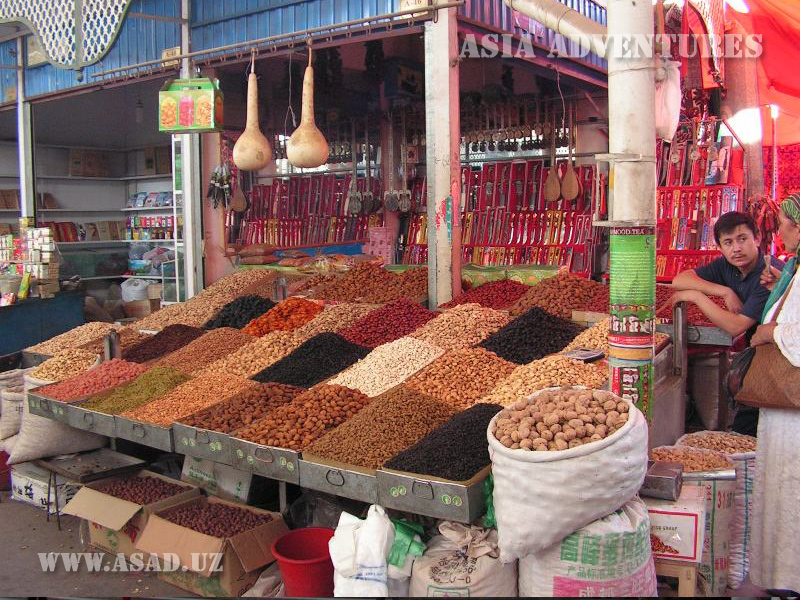 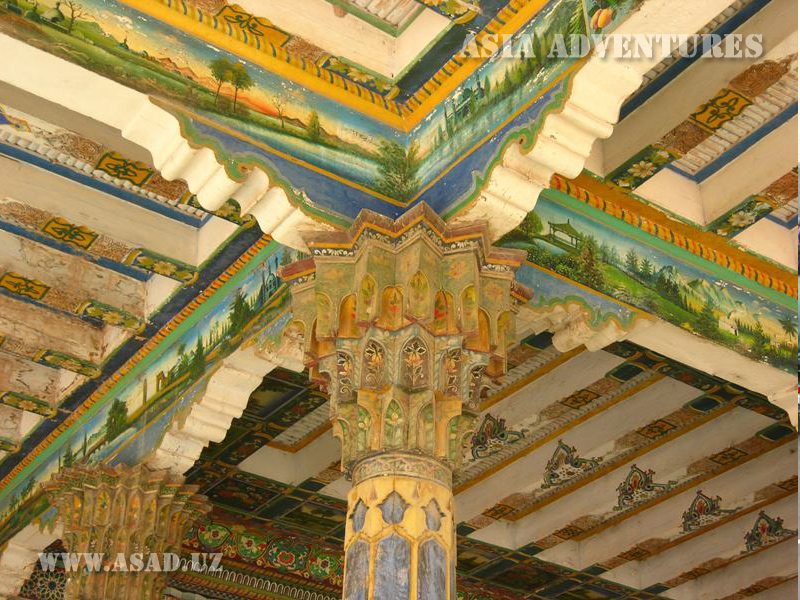 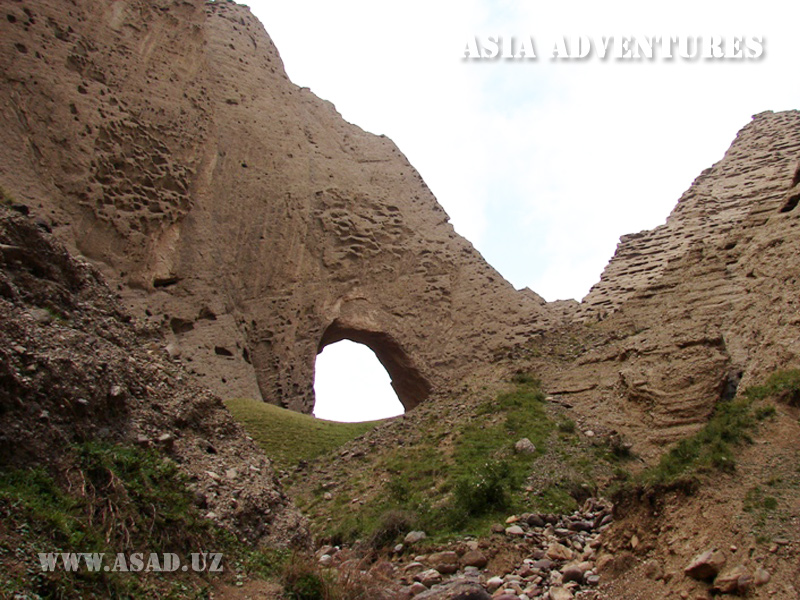