Simple climbing to peaks Zamok (5070m) and Energy (5120m) in the Fan Mountains, it’s a beautiful mountainous area of Gissar-Alay are the apogee of interesting tracking, during which you come into the world of turquoise lakes and dizzying five thousandth peaks, and have acclimatization before ascent. Climbing routes are simple, but require good physical fitness, psychological stability, and the basic skills of ascent – descent with railing and walking in bundles using crampons. 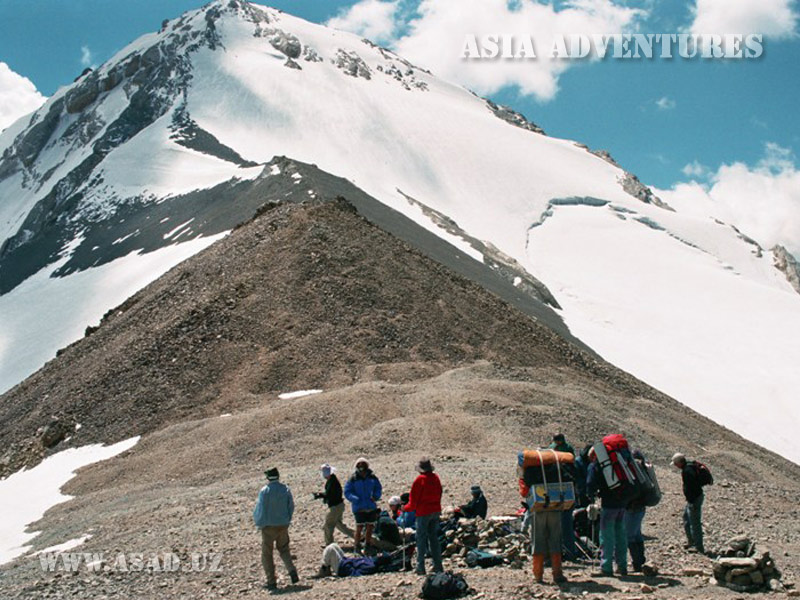 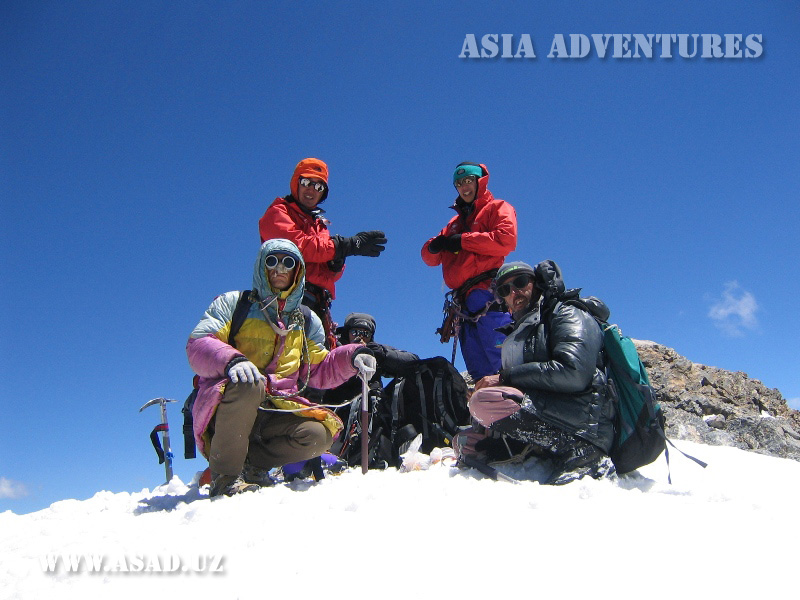 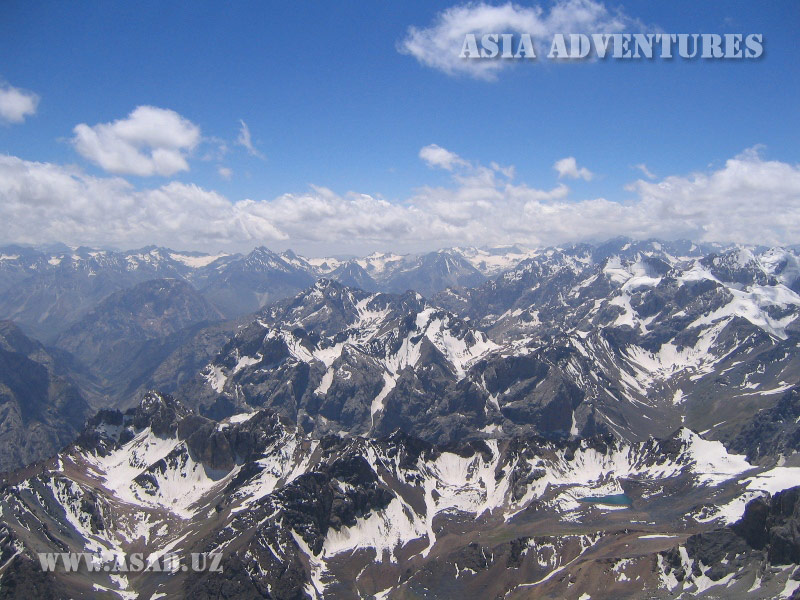 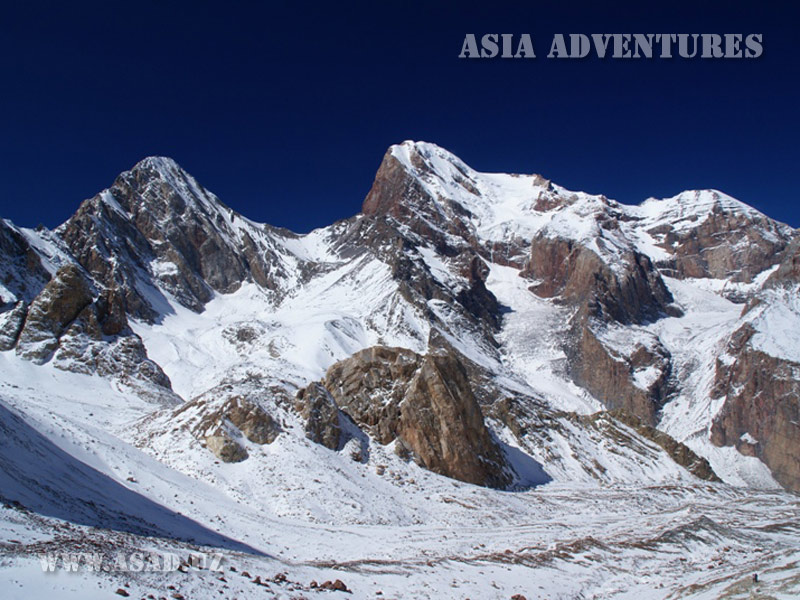 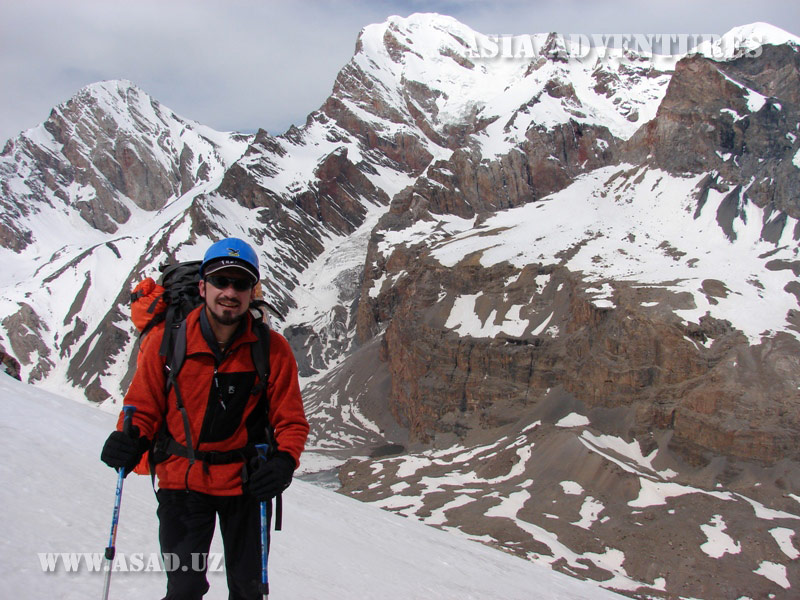 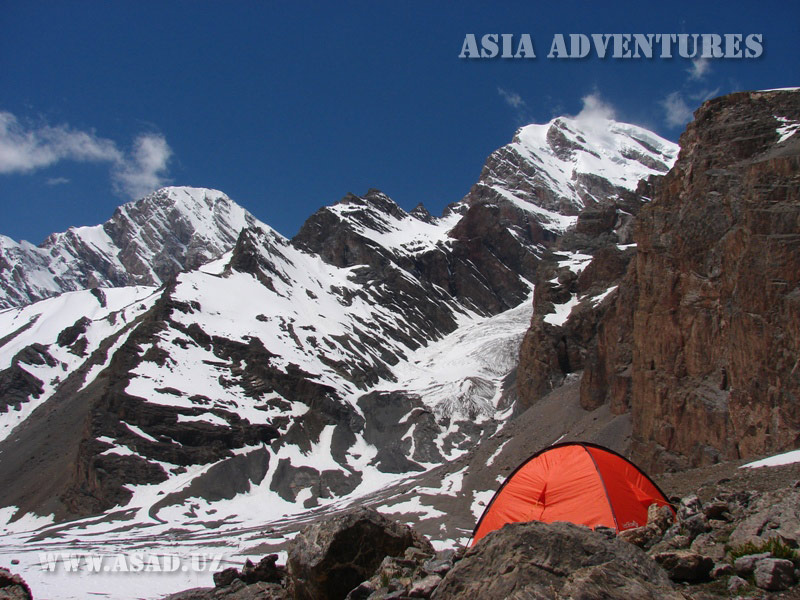 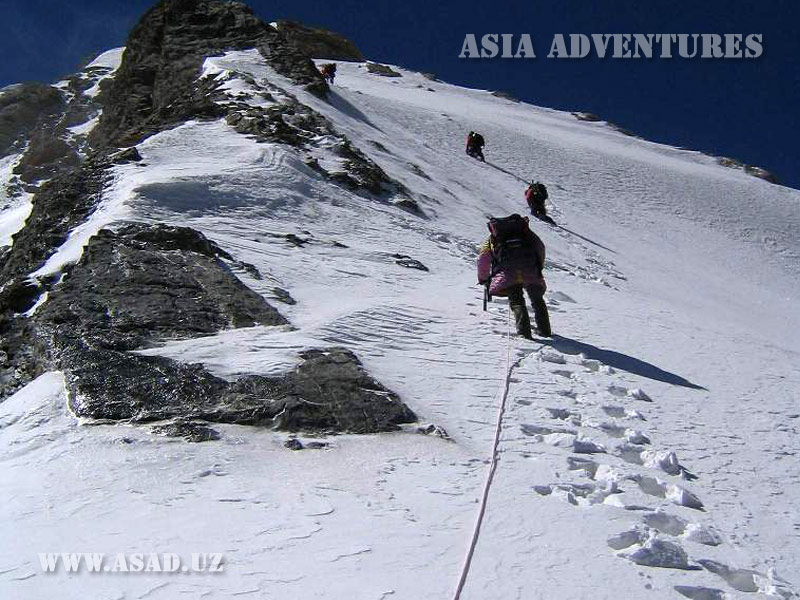 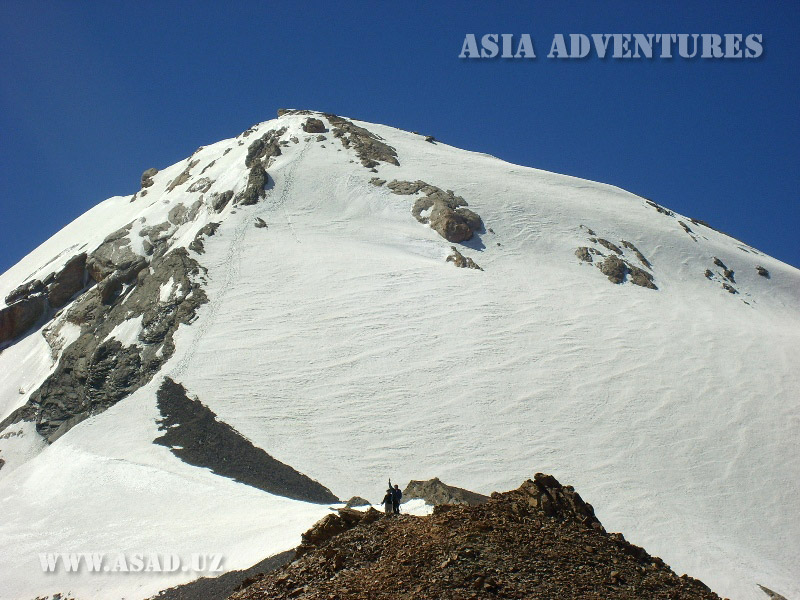 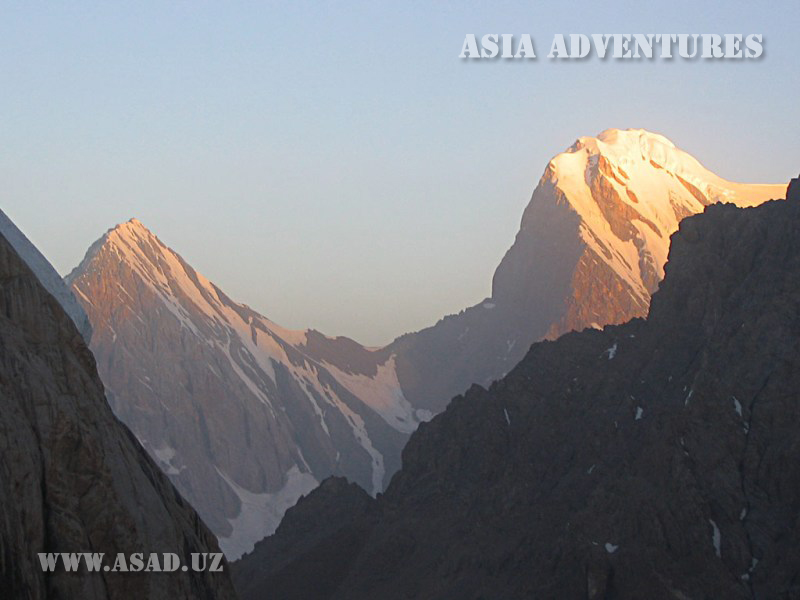 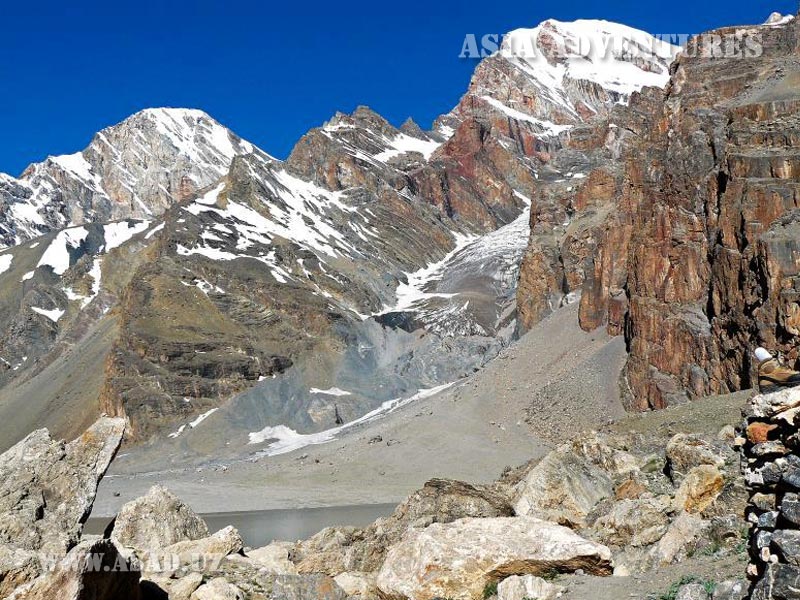 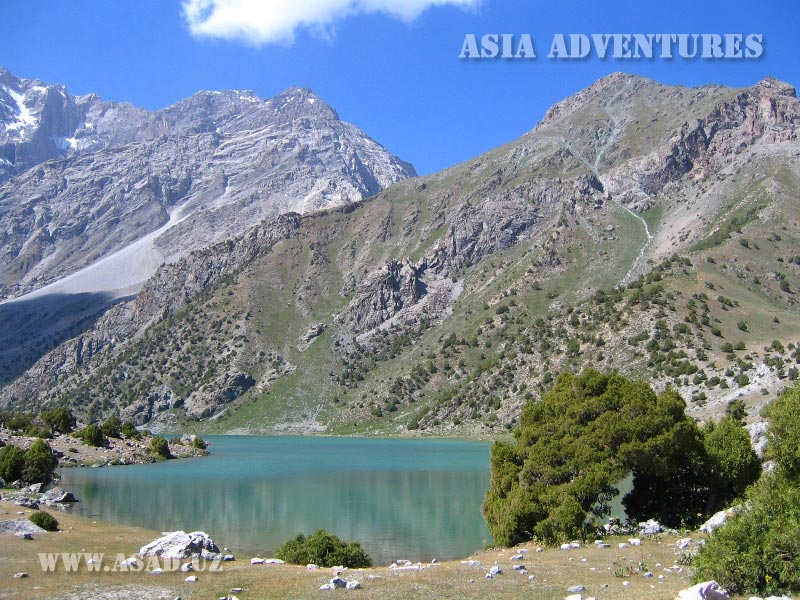 Arrival in Dushanbe. Meeting at the airport. Transfer to alpinists camp Artuch (240 km, 5-6 hrs). Accommodation in cottages. Rest and preparations for the active trekking part. Overnight in cottages (2200 m).
2

The beginning of the active trekking part. Ascend to Kulicalon lakes

The beginning of the active trekking part. Ascend on a good path to Kulicalon lakes (10km; 5h; +700m): 10 km – the distance covered per one day; 5 hours – is a walk time spent for moving during a day; +700 m – ascend to the height in meters from overnight place). On the descend road during the day there is a possibility to admire a wonderful panorama of majestic Kulican wall and surrounding peaks height of 4000 m. (Adamtash, Mirali, Rudaki and etc.). On the way – observing Kulicalon lake basin (14 lakes) with the clearest emerald-blue water. There are a lot of fishes in the lake. The path passes among the picturesque spruce wood. The camp is on the bank of Dushoha Lake (3000m). After the lunch walk on Kulicalon lakes basin.
3

Ascend on Alaudin Pass (3860 m) and descend to Alaudin lakes.

Ascend on Alaudin Pass (3860 m) and descend to Alaudin lakes (7km, 6 hours; +860m; -1060m). During the long time the panorama of walls and the view of Kulicalon lakes pleases the look. On the Pass saddle – the spectacular views of Chapdara Peak (5197 m) and Chapdar River valley. Far below could be seen the bowls of Alaudin lakes amazing in its water color from light-blue to rich ultramarine. The camp is at the lake’s bank (2800 m).
4

Ascend on Mutnoe Lake (8km, 3-4 hours; +800m). During the day a splendid panorama of peaks: Zamok (5070 m), Energy (5105 m) and Chimtarga (5489 m). The severe nature of the alpine zone of mountains, hanging glaciers and steep moraine swells. On the road you can meet birches and small lake named for its round shape – Piala Lake, gigantic steps of the receded glacier, polished rocks. High in the one can see the swirling eagles. The camp is at the bank of Mutnoe lake (3600 m).
5

Ascend the slide-rock and further over the glacier under Chimtarga Pass.

Ascend the slide-rock and further over the glacier under Chimtarga Pass (5km, 4-5 hours; +850m). Somewhere below us was Kaznok Pass, Castle Peak with its flat top towers opposite. The camp is under the Pass (4450 m).
6

In the morning an early outlet, this day – mountaineering on Energy Peak.

Early start in the morning – ascend to Zamok peak 5070 m.

Reserve day in the case of bad weather.

Reserve day in the case of bad weather. The mountaineering on Adamtash peak (4560 m) is possible if the weather is good.
9

Breakfast in the hotel. Transfer to the airport. Departure. 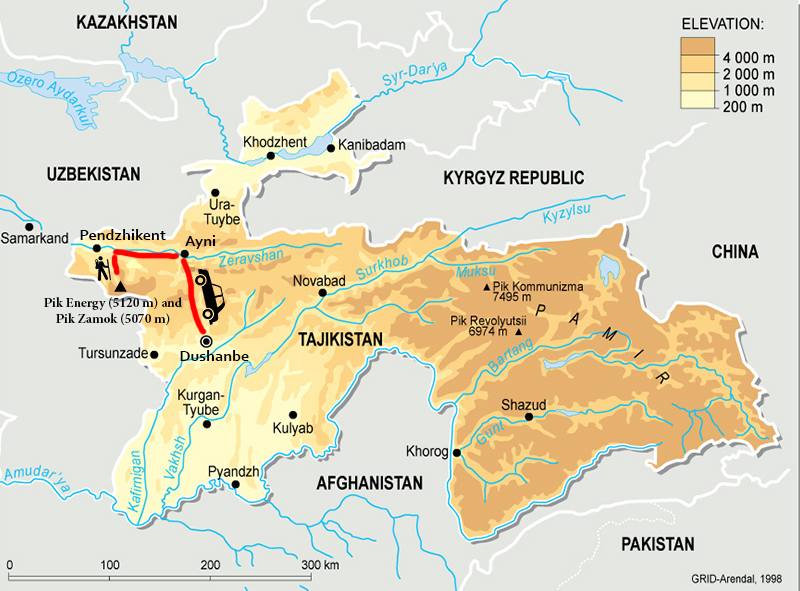