Korjenevskaya Peak is situated in the northern side of the Academy of Science Ridge, 13 km. far from Communism peak. The peak was discovered by Russian geographer N.Korjenevskiy on 23 August, 1910 and called after Evgeniya Korjenevskaya (the wife of the explorer). Since 1927 name Korjenevskaya peak appeared officially on geographical maps. The first successful ascent to the peak was done in 22 August 1953. The group consisted of 8 alpinists from Leningrad under the leadership of A.Ugarov reached the top from the North from Korjenevskaya glacier climbing along the Northern range. Now there are about 10 different complexity known routes to the top. The simplest, popular and safe way goes along the South ridge from the Korjenevskiy glacier. 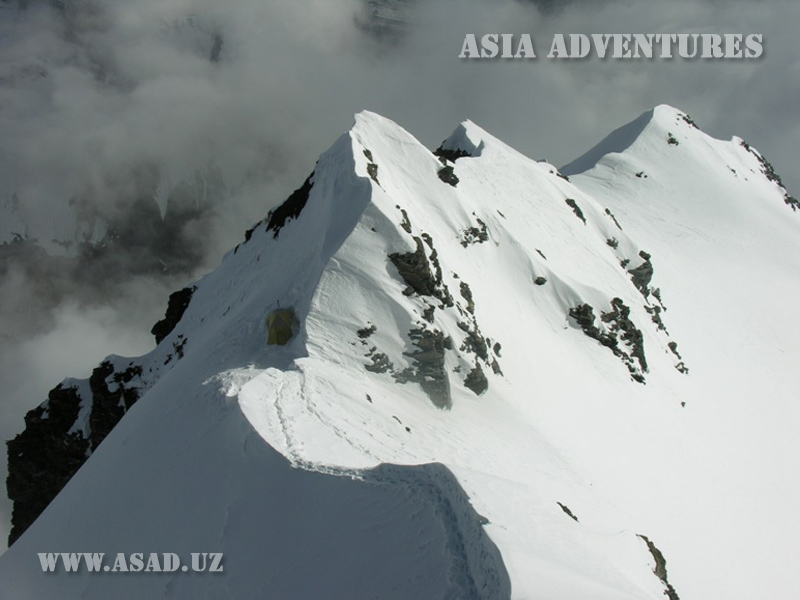 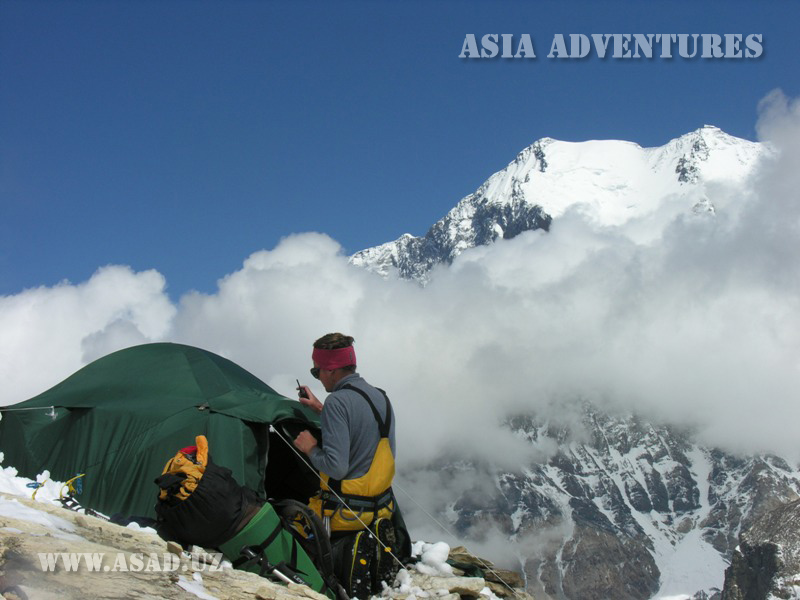 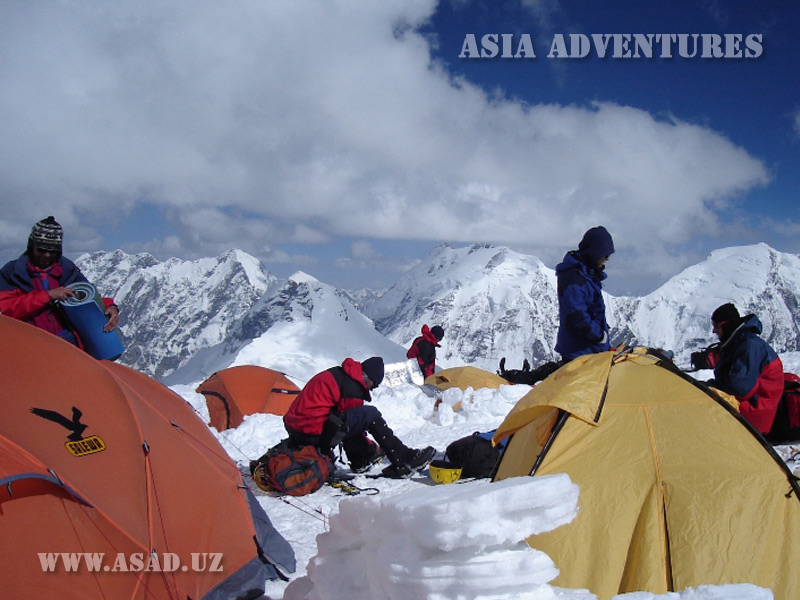 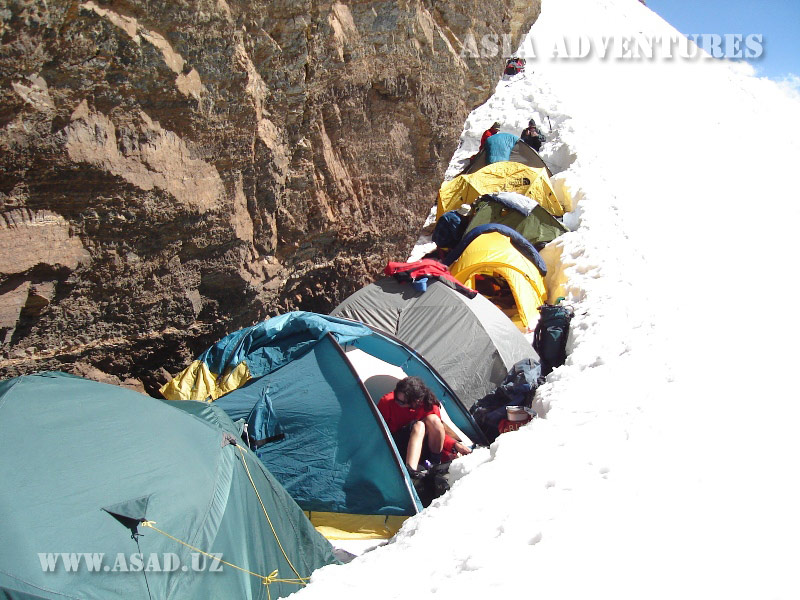 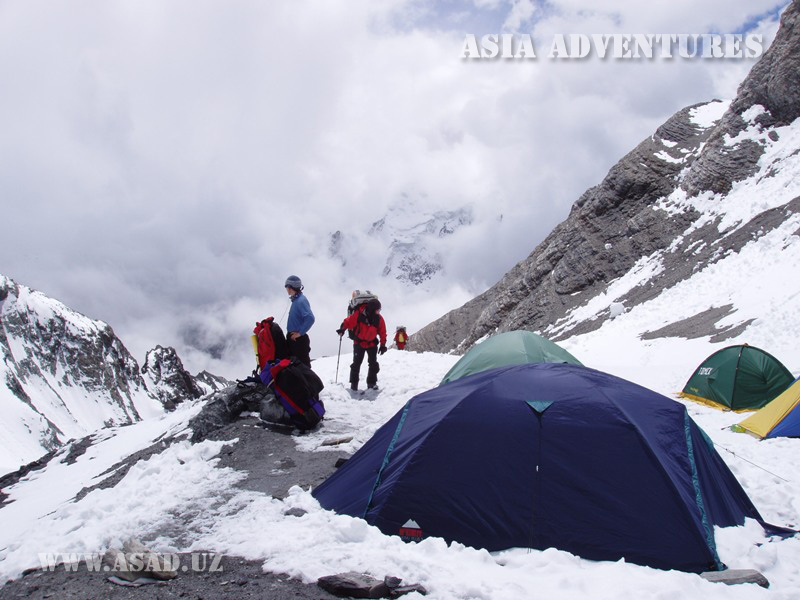 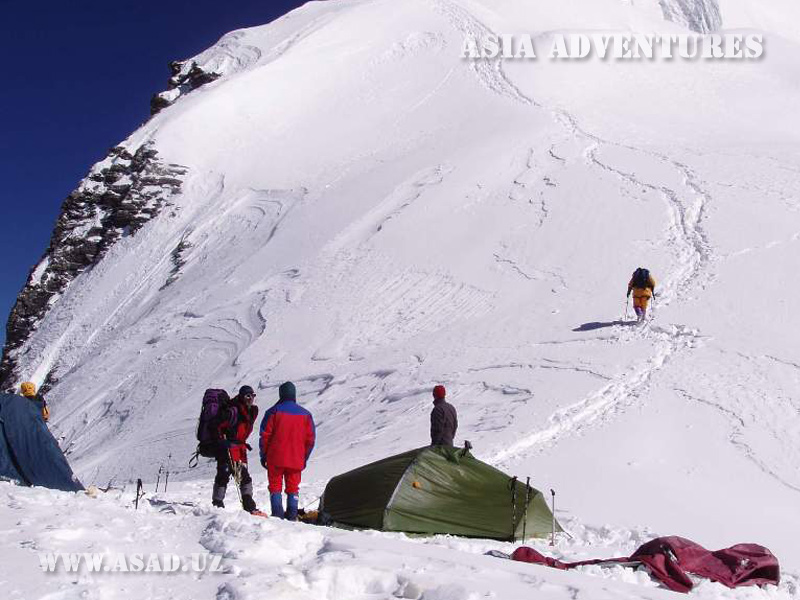 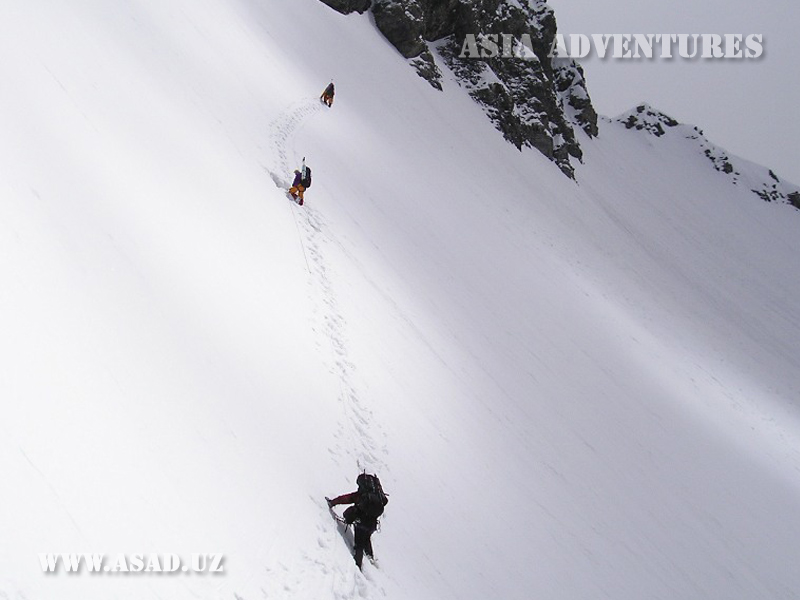 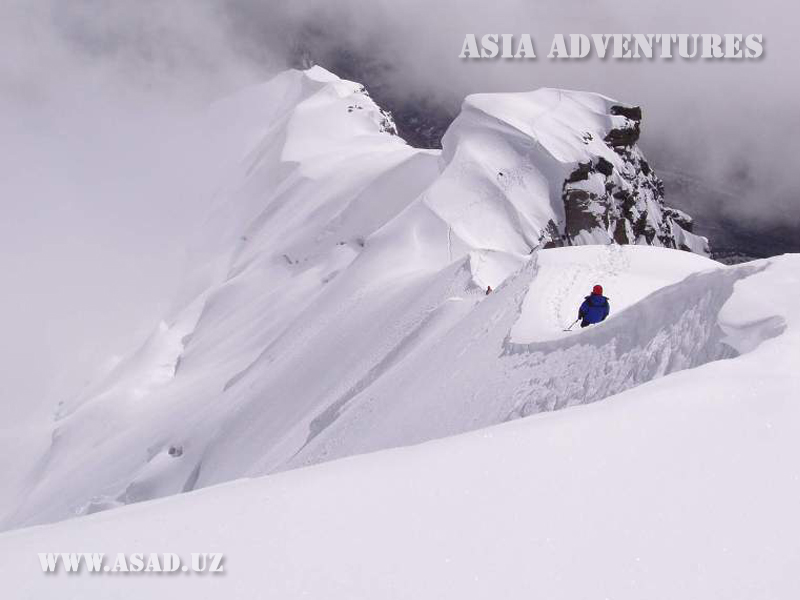 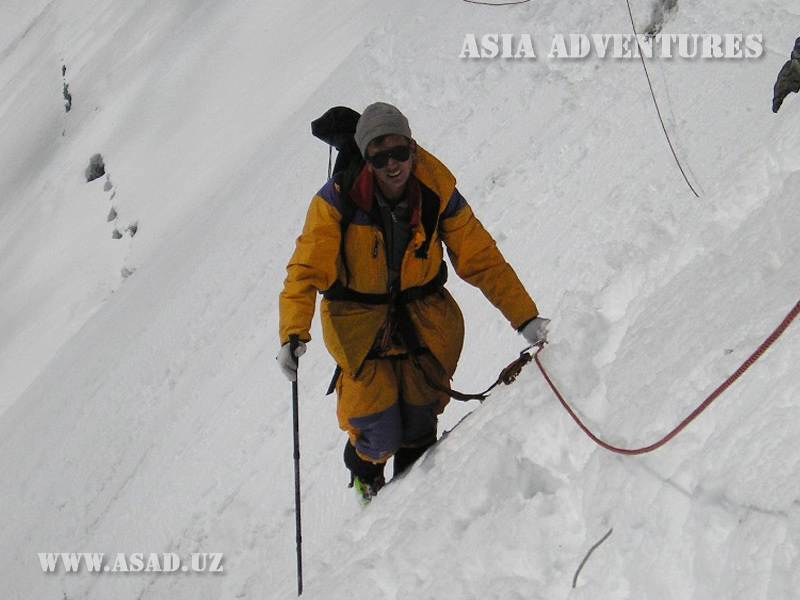 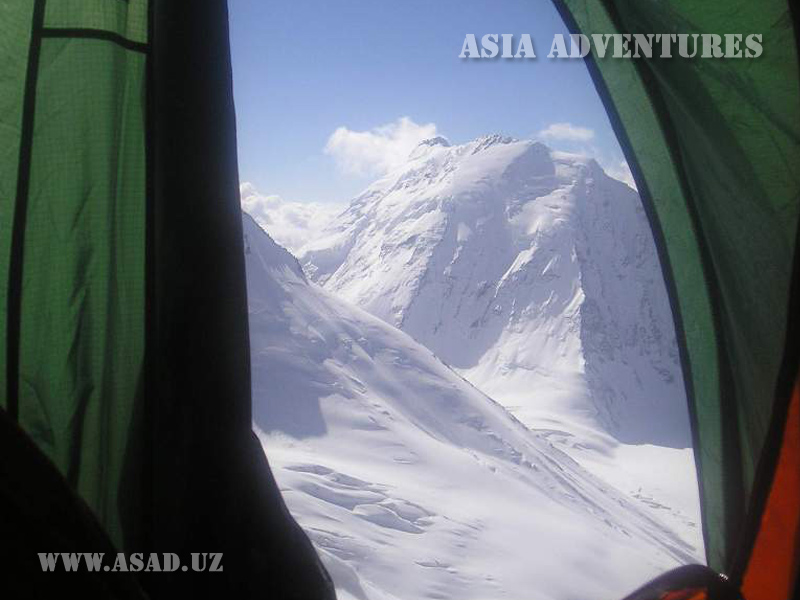 Flight to Base Camp by helicopter.

Flight to Base Camp by helicopter (Moskvina glacier).
3

Acclimatization climb Vorobiova Peak, up to the camp at 5300 m.
5

Climb the summit of Vorobiova Peak.

Ascend to the summit 7105 m and descend to Camp 3 or Camp 2. The route follows on the snow crest towards the top. Enjoy astounding view of thousand summits with most magnificent and impressive one - Communism Peak.
18

Descend to Base Camp.
19

Reserve day in case of bad weather or climb to Communism peak.
28