Since 1991 Dushanbe (former Stalinabad and the capital of ex-Tajik SSR since 1925) has been the capital of sovereign Tajikistan. It is a rather young city, situated among mountains in the scenic Gissar valley at an altitude of more than 800 m. above sea level. For the first time the city was mentioned in historical sources of 1676. Dushanbe is translated from Tajik as "Monday" ("du" is two; "shanbe" is Saturday, thus two days after Saturday). The reason is not that the city was founded on this day, but since olden days a big east market "bazar" has taken place there every Monday. The city occupied a favorable territory at the cross of camel roads, connected the Gissar valley with Bukhara, Samarkand and Afghanistan.

Today’s Dushanbe, stretching along the Dushanbinka river for 12 km and surrounded by mountains and gardens, meets the requirements of modern urban life. This lovely city is record-holder in number of streets, avenues and squares named in honor of poets and writers. There are many places to visit in the city.
more...


Dusti Square (Square of friendship) is the biggest and most beautiful square in the city, where a monument of Ismoil Samani and a museum in honor of 1100th anniversary of Samanidy state were built.

The Palace of Nations Kasri Millat is the residence of the President of Tajikistan, where he receives delegations and high-ranking officials. The building constructed in 2009 occupies a site 9 ha in area in the very heart of Dushanbe, next to the Rudaki and National Flag and Emblem Parks.

The National Flag Park (Bogi parchami milli) is located in the centre of Dushanbe, near the Palace of Nations and Rudaki Park. The ensemble is dominated by a huge national flag of Tajikistan 1,800 m in area (60 m long, 30 m wide and 420 kg in weight) perched on a flagpole 165 m high (the world’s 2nd height).
The park features an artificial lake, amusements and simulators for children and sculptures of the historic personalities of Tajikistan.
In the end of the square there is the building of the new National Museum with an interesting collection of historical, cultural and natural artefacts.

Another one square is the Square of 800th anniversary of Moscow foundation. This name pays tribute to cultural contact between Russia and Tajikistan. There is a big fountain surrounded by the magnificent lilac bushes in the center of the square. The Tajik State Theater of opera and ballet is also situated there. At Rudaki Square has been raised a monument of the same name. Rudaki was a founder of tajik-persian literature in about 860-910.

Sadriddin Ayni square named in honor of a famous tajik writer is well known for its original architectural complex – Ayni monument surrounded by heroes of his works.

If you are lucky to be in Dushanbe you certainly should visit the National Museum of antiquities built in 1934. Today there are about 50 thousands of exhibits: archeological and ethnographical complete set of exhibits consisting of ceramics, metal, weapon, jewelry, numismatics, manuscripts, sculpture, household goods, embroidery etc. But the most thrilling object of the museum is a 14 meters high statue of "Buddha in nirvana", solicitously reconstructed by hands of Tajik and Russian masters.

An enormous mud statue was found by an archeologist B.A. Litvinskiy during carrying out archeological excavations of a Buddhist temple at Adjina-Tepa hill (The hill of genies) in the valley of the Vakhsh river near Kurgan-Tube town in 1964-1968. The Vakhsh valley was "the beaten track" for Buddhist pilgrims popularized theory of Prince Guatama and walked from India over Central Asia to China, Korea and Japan in the 5-6th centuries A.C. This is the reason why archeologists have found hundreds of ruins of Buddhist temples and cloisters on the territory of present-day Afghanistan and Tajikistan. Adjina-Tepe temple was almost destroyed during the Arabian Conquest in 7th century, and the statue (mostly face and breast) was thoroughly damaged by conquerors.

26 km west from the capital is situated the Gissarskaya fortress – a former residence of a bek (deputy of Bukharian Emir). The fortress with one meter thick walls and loop-holes for weapon brings you into the Middle Ages. Moreover, an old madrasah of 17th century, where the Koran was studied, a madrasah of 18-19th centuries and a mausoleum of 17th century are there in front of entrance to the fortress. Today the Gissarskaya fortress has turned into a historical-cultural place and peculiar museum in the open air.

Covered market "Barakat" ("Abundance") is the biggest market in the city. You can buy there not only delicious and healthy food, but also original handicrafts.

Komsomolskoe Lake is a surrounded by park artificial reservoir with surface of about 20 hectares. It is a nice place to seek shelter from summer penetrating heat. 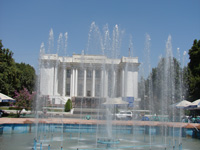 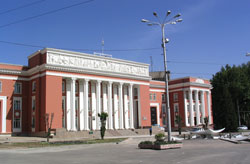 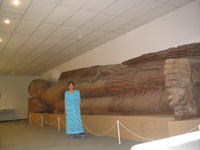 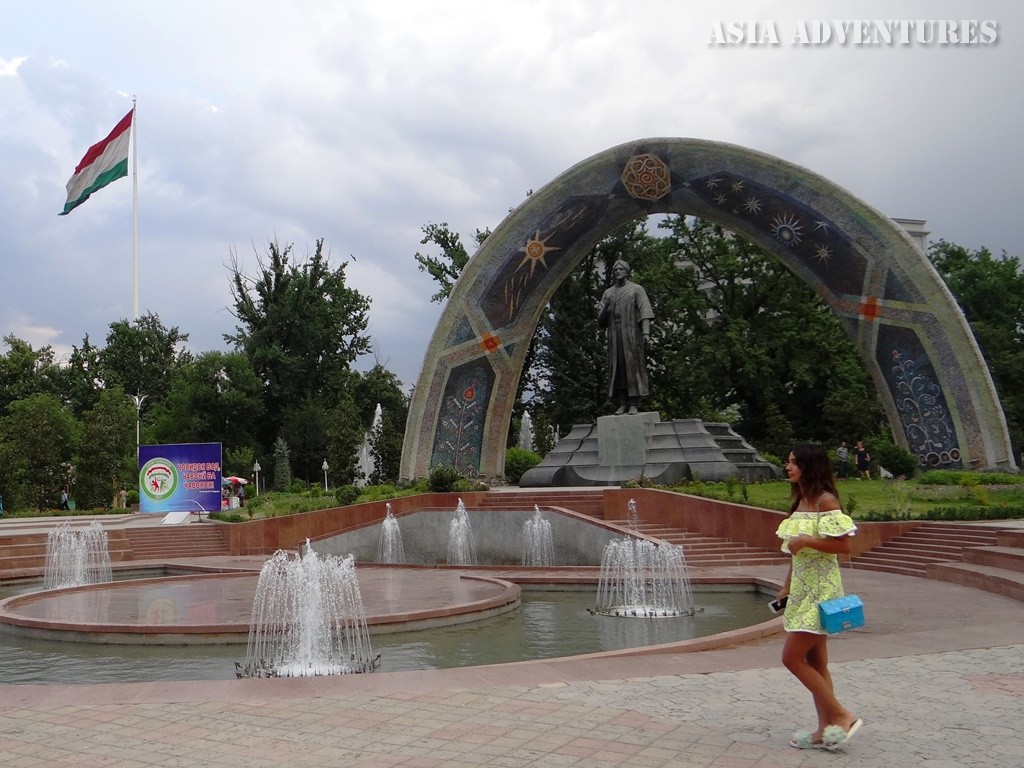 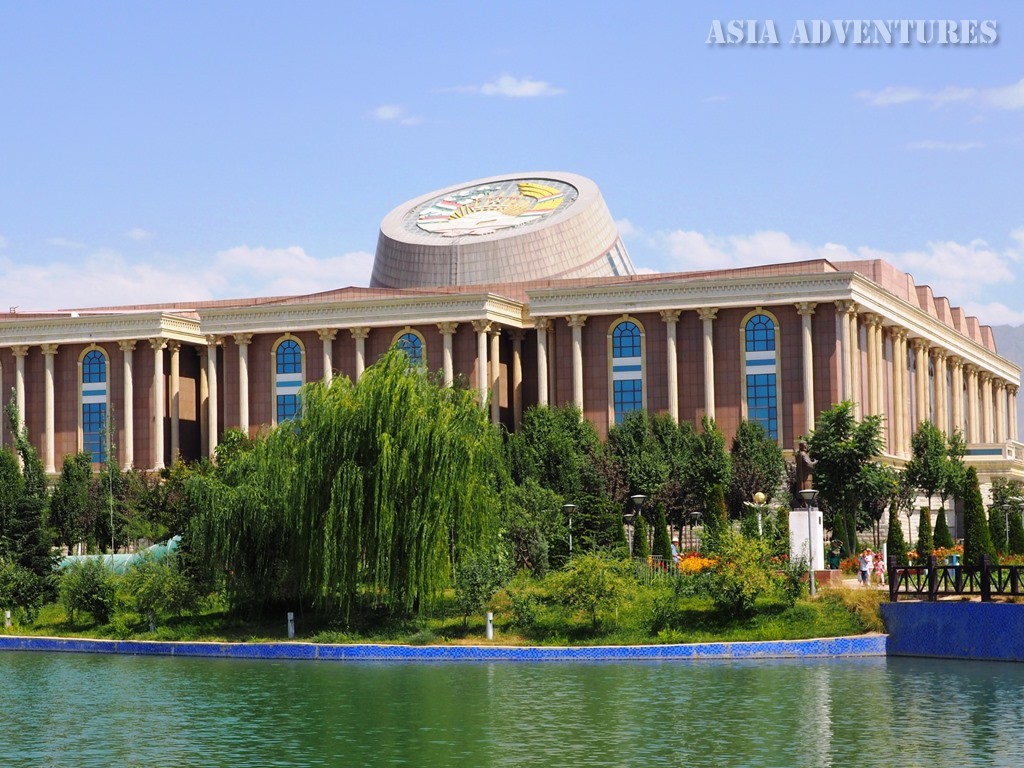 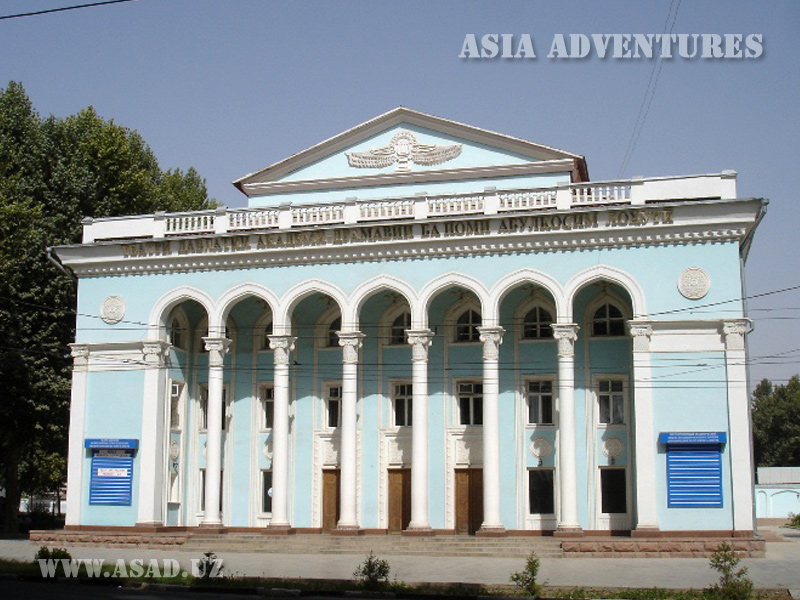 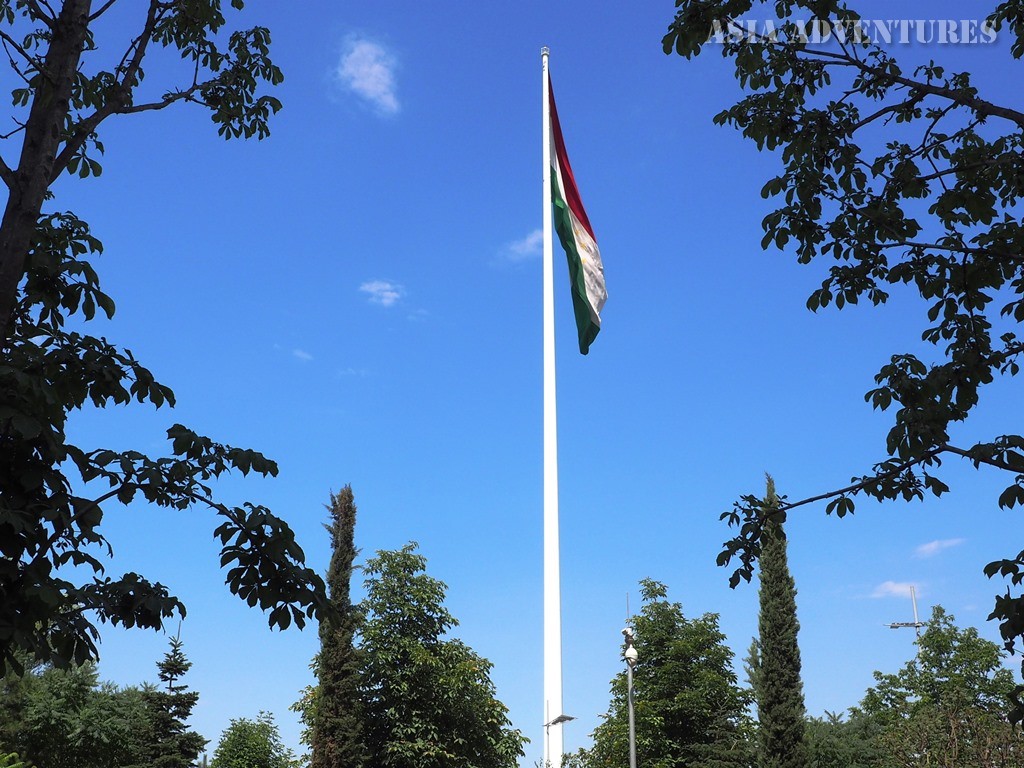