Mizdahkan (Mizdahan, Mizdakhan) is a major architectural and cultic complex and one of Karakalpakstan’s most interesting tourist objects. Mizdahkan is situated about 20 km from Nukus, the capital of the Republic of Karakalpakstan, stretching along the road to Kunya-Urgench. The complex was founded over 2 thousand years ago. Situated on three high hills, it currently ranks as the oldest cemetery in Uzbekistan. However, it is not a cemetery in the usual sense – a place where mortal humans find their last refuge. The site is full of mysteries and mysticism and to this day remains a place of pilgrimage.
more...


The complex comprises several sections, including a citadel, residential area and necropolis. The ancient settlement sprang up on the western hill in about the 4th century BC. Later it was destroyed by fire, and in the Kushan period a new city was built on the site of the old one. Archaeological finds made at Mizdahkan testify to the city’s activity between the 5th and 8th centuries AD, with a series of public buildings constructed in this period. The 9th-11th centuries became a period of revival for Mizdahkan, and at this very time a well fortified citadel was built. Burial rituals also underwent some changes, which meant Islam began to prevail in the region. The bodies were not any longer left in the open air until they were buried in urns, but were interred in conformity with the Islamic rules. The spread of Islam resulted in a number of new monumental mausoleums and mosques in Mizdahkan, but the Mongol invasion in the early 13th century forced its people to leave the area for a short time. In the late 13th century a new small town with bazaars and craftsmen’s workshops was founded below the old city. The use of baked bricks and facing tiles and the ornamentation of walls indicate that architecture was on a high level in that period. Medieval Mizdahkan was a prosperous craft centre situated on a trade route to Kunya-Urgench. The city was destroyed by Tamerlane in his campaign to Kunya-Urgench in 1388. 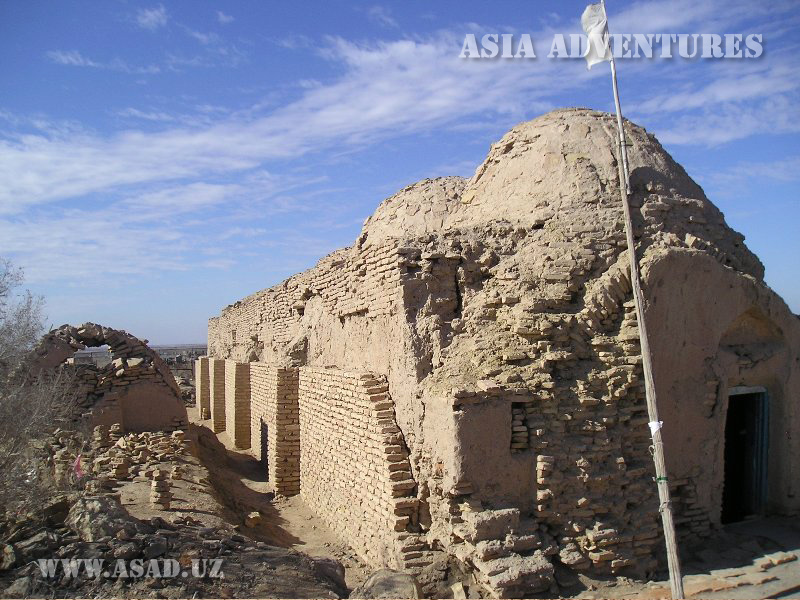 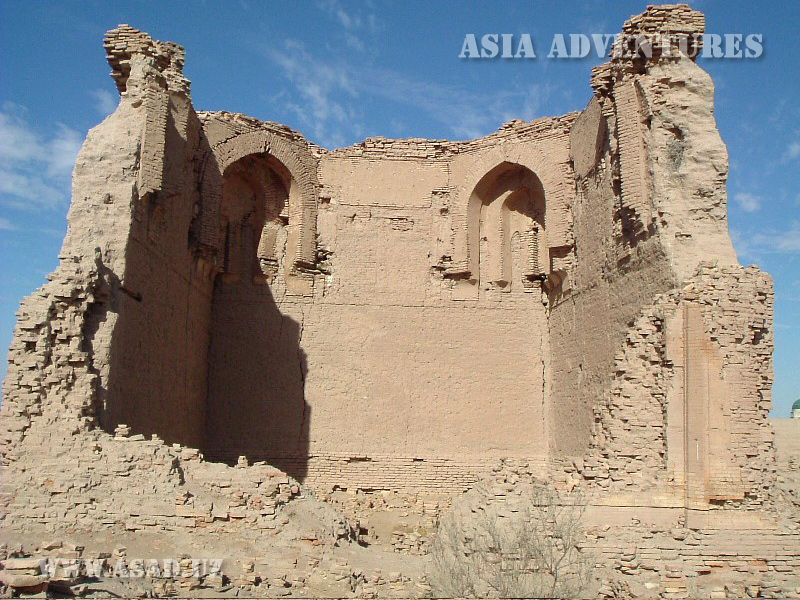 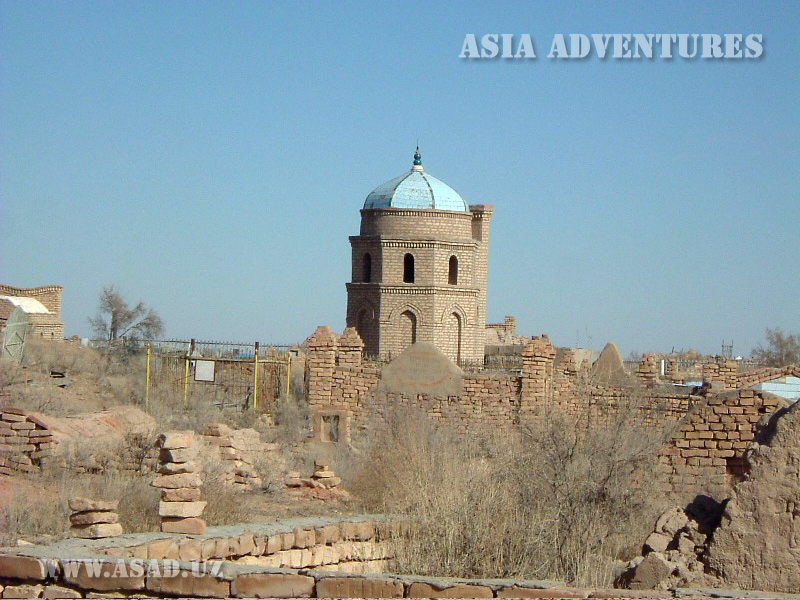 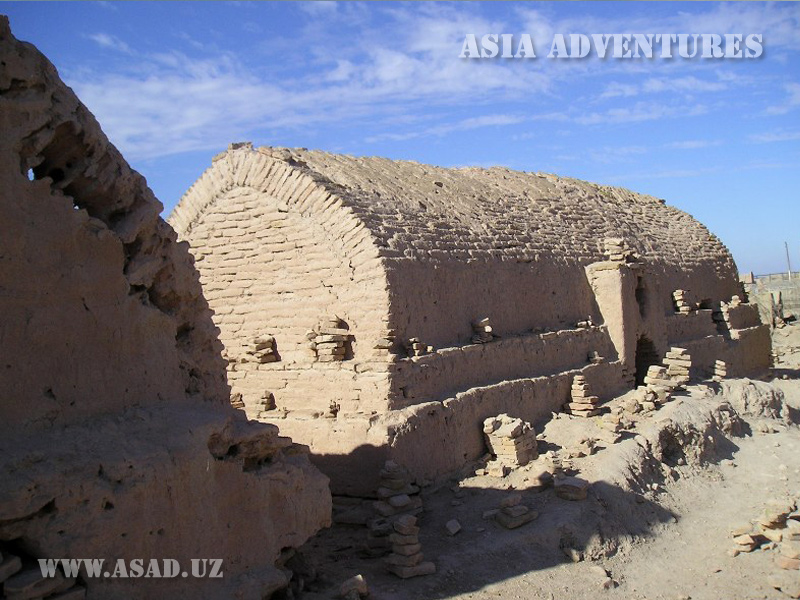 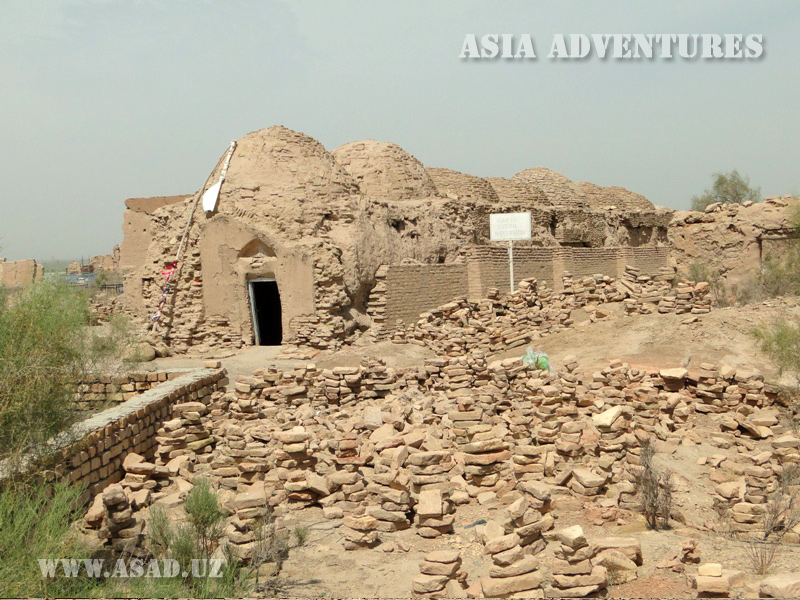 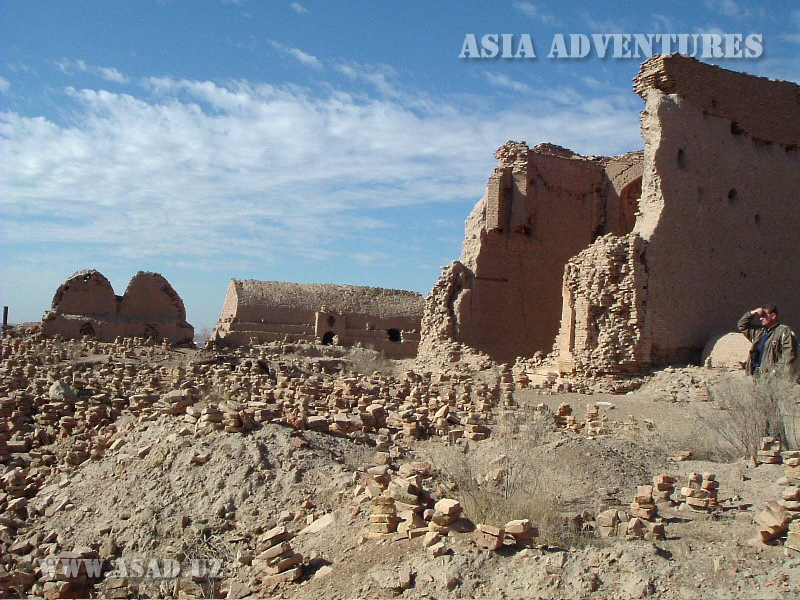 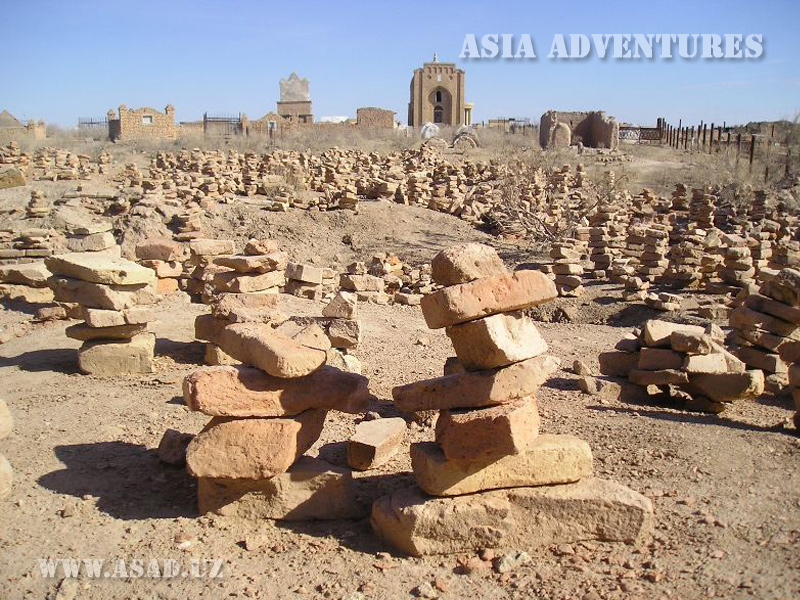 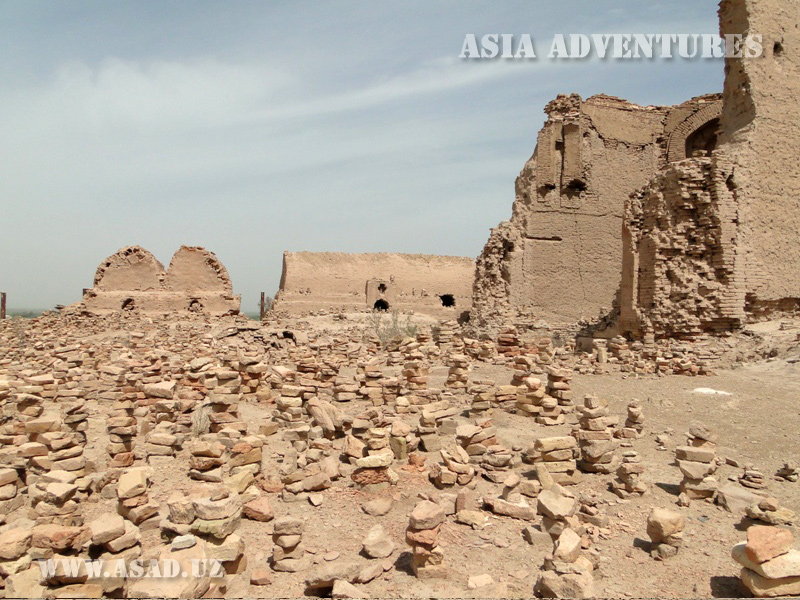