Wine sampling at the Khovrenko Winery in Samarkand, the oldest wine factory in Central Asia, will be a nice addition to your city tour programme.

The tasting room is organised in a historical building of the late 19th century, the house of Russian merchant Filatov who founded the first winery in Uzbekistan as far back as 1868.

Filatov used local sweet varieties of grapes and introduced new ones he had brought from Crimea and some other parts of Europe. Four years later the various types of 'Samarkand grape wine from Filatov's gardens' won gold and silver medals in international competitions in Paris and Antwerp. For 15 years Filatov achieved truly great results: in 1883 the variety of grapevine called biishty (translates as ‘paradisiacal’) he himself had bred in Central Asia was awarded a gold medal at the International Wine and Brandy Exhibition in Paris. Today images of medals won in different international competitions can be seen on the labels of 9 vintage wines produced at the Samarkand winery.

After the 1917 Revolution Filatov was forced to abandon his factory. However, he managed to hide collections of some of his best wines and save them from plundering. When the winery was being renovated for its 100th anniversary, Filatov’s caches were discovered to reveal large volumes of the best wines developed by the factory’s founder. Even one century afterwards they did not lose their wonderful taste but, on the contrary, had grown even more vintage and remarkably sharp.

The second birth of the wine factory in Samarkand is associated with Mikhail Alexandrovich Khovrenko, an expert in chemistry and wine making and the first Russian professor of viniculture. Working in Samarkand since 1927, he developed new varieties of Uzbek table and vintage wine, designed technologies and production schemes and systematised the compositions of different wines. A fine taster, he made a great contribution into the development of winery in Uzbekistan. After Khovrenko’s death in 1940 the factory was named after the great viniculturist.

Today the winery is producing several varieties of wine, brandy and vodka. Besides, the factory features special cellars for aging wine collections, some of which are put up for auction. Finally, it should be noted that during its long life the factory has won over eighty international awards for the new varieties of wine it has developed. Currently, the winery processes around 20 thousand tonnes of grapes annually to produce different varieties of table, fortified, dessert and vintage wine, as well as brandy and vodka.

The winery features a museum with a collection of the best wines produced by the Samarkand factory in the 20th century. These wines can be both seen and tasted.

As they become acquainted with the history of the winery and viniculture in Uzbekistan, tourists are invited to the sampling room to enjoy the 10 traditional drinks – from smoothest wine to the unique Smarkand balsam. Those include wines Gullakandoz – the only variety in the world made of seedless cultivars and Aleatiko with the fine aroma of roses, chocolate-coloured liqueur wine Cabernet, fragrant Shirin, ruby Uzbekiston, refreshing Khosilot, dark golden Buaki with the flavour of quince, light liqueur wines Sogdiana and Zhemchuzhina Samarkanda, smooth and amber-golden in colour, burning brandy Zarafshan and balsam Samarkand from astringent mountain herbs.

For additional payment you can sample 20th-century vintage wines kept in the winery’s deep cellars. 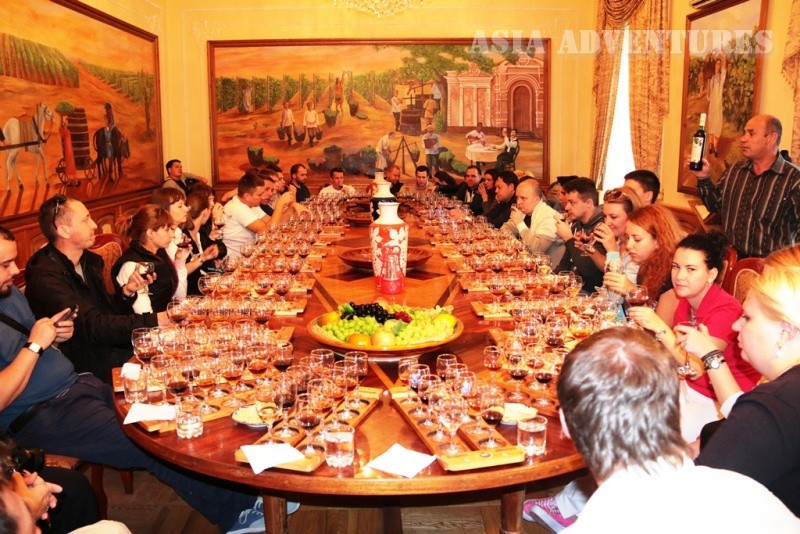 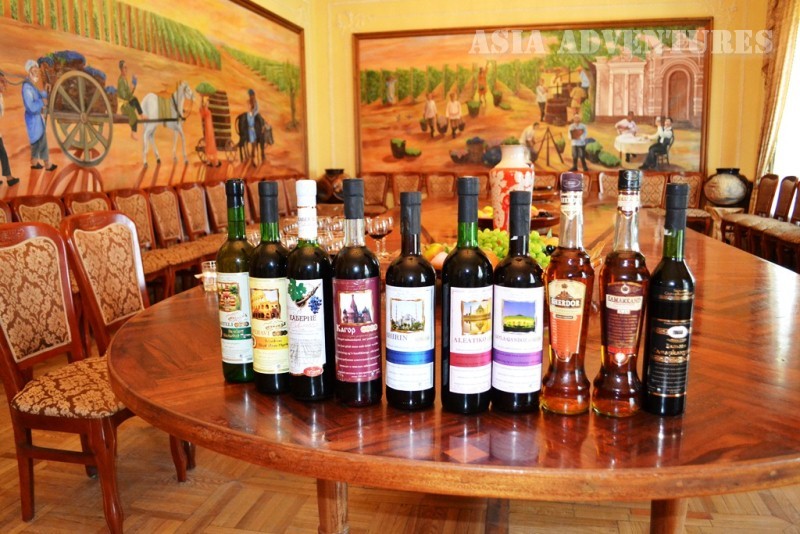 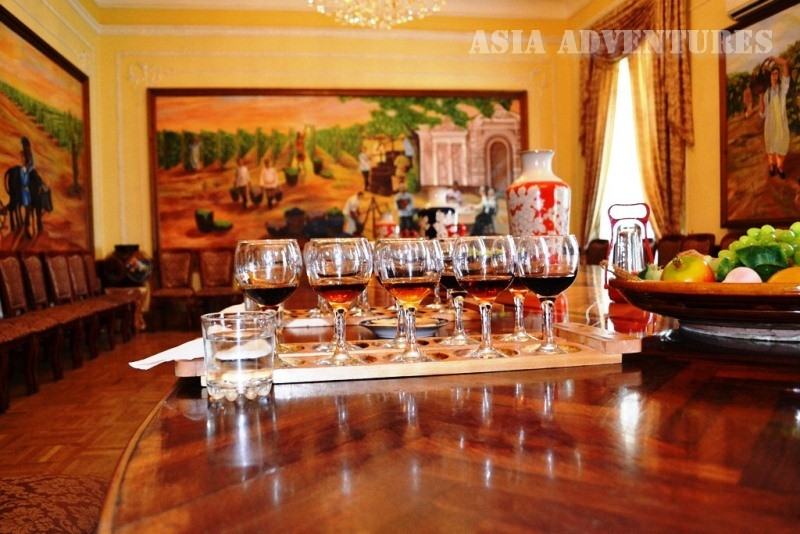 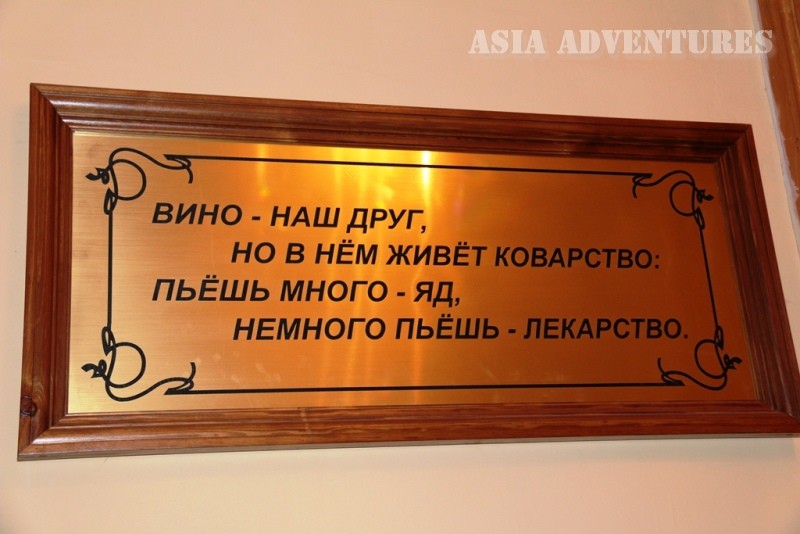