Toprak-kala fortress is located in Ellikkalin district of the Republic of Karkalpakstan in 12 kilometers from Buston settlement (27 kilometers from Biruni city) and it is the most magnificent and valuable among other fortresses of ancient Khoresm. In 1938 a famous Soviet archaeologist S.P.Tolstov, during execution prospecting works in 50 kilometers from the right bank of Amudarya, discovered the ruins of ancient city with area of 17 hectares, walled 20 meters height and 12 meters thickness. So Toprak-kala or Earth city was opened, which was the capital of dynasty, ruled in Khoresm in II-III centuries AD.
more...


Toprak-kala was the residence of Khoresm khan. A spacious castle, with area 500x350 m, in the shape of rectangle was drawn from North to South. The territory of city was walled with squared towers, located every 10-12 meters. Two storeyed defensive galleries were inside walls. Lower gallery was for hidden movement and rest of warriors, and upper was a fighting one. The defence of city was from here through sagittate gun slots. The height of walls was more 14 meters. For more fortification effect, the territory under walls changed into deep “pockets-traps” thorough flanking fire. It was achieved by building the towers in almost 9 meters from the wall.

A characteristic phenomenon of that military thought was a construction of fosses under fortified walls as an additional barrier. The fosse of Toprak-kala surrounded city walls from all sides and was made in 15 meters from walls. Its width was 16 meters, and the depth was 3 meters.
The only entrance to the city was in the center of the southern wall. Usually city gates were the weakest place during the defence, that is why, builders of Toprak-kala made a special entrance as a fortification with the corridor like elbow labyrinth.

In contrast to Egyptian pyramids and palaces of Babylon, the castles of ancient Khoresm were built without stone, because there was no limestone and facet in the neighborhood, and the wood of tugai tangle did not fit for making logs and boards. But the Khoresmians, evidently, had unique building secrets, which let raise very stable buildings from mudbricks and clay. Packing, collected in the desert was strengthening streak in brickwork, and bank sand, absorbing rain water, provided the dryness inside building. Toprak-kala was made from millions big brick blocks, sized 40х40х12 sm. All wheels of state were brought into making and delivery to the place of building. Archeologists, having studied original “trademarks” on each batch of bricks, had concluded in that time Khoresm state included no less 15 provinces with a population about 30-50 thousand people in each.

The calculation helped to understand why a gigantic castle, stayed almost 2000 years, was left by its residents only in 200 years after the building. Originally, it was considered, that the area could be depopulate because, the turn of Amudarya river bed left irrigation canals without water, the biggest one was in 70 km from the river banks. But now, scientists think that Toprak-kala was left only because of political reasons. In 305 the founder of a new dynasty Afrig put the residence to Kas on the territory of modern city Biruni.
residence of Khoresm khan 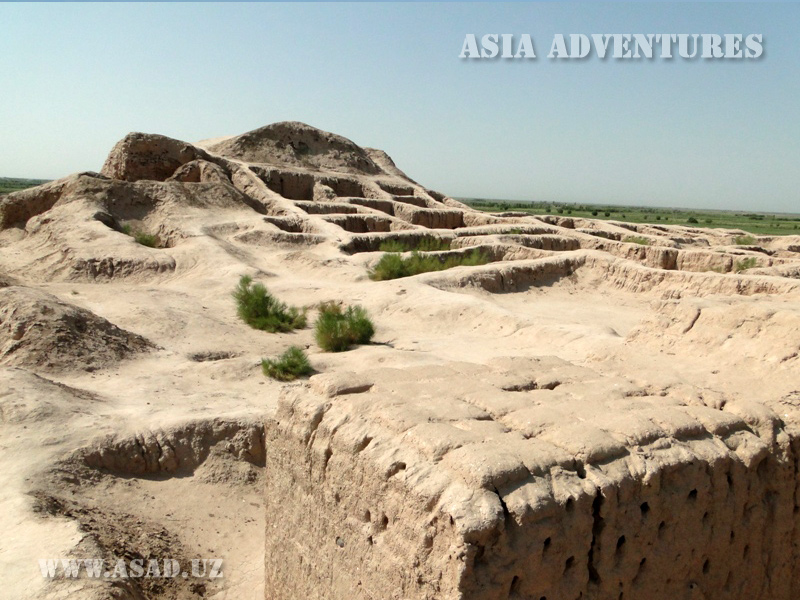 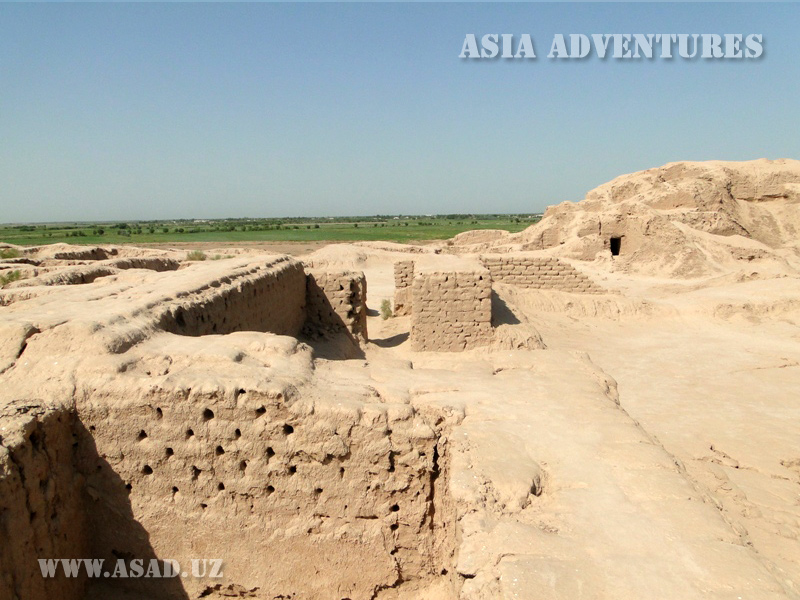 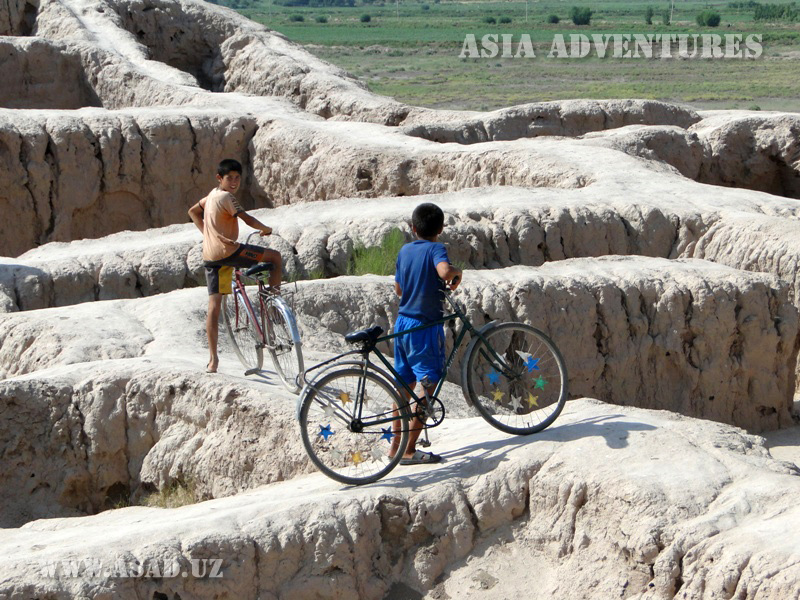 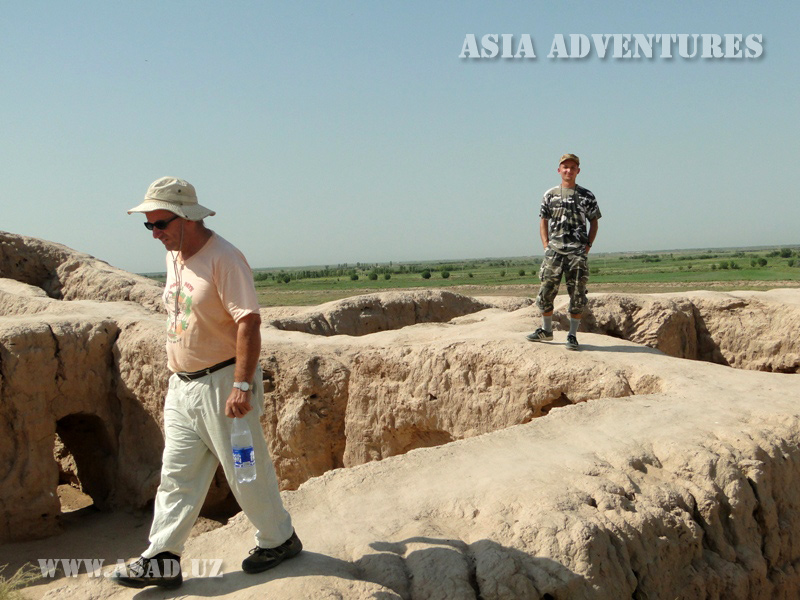 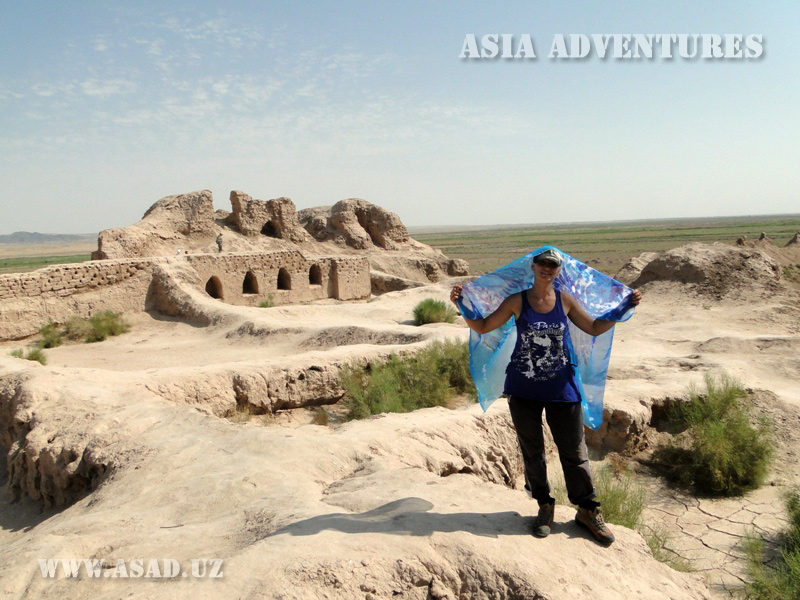 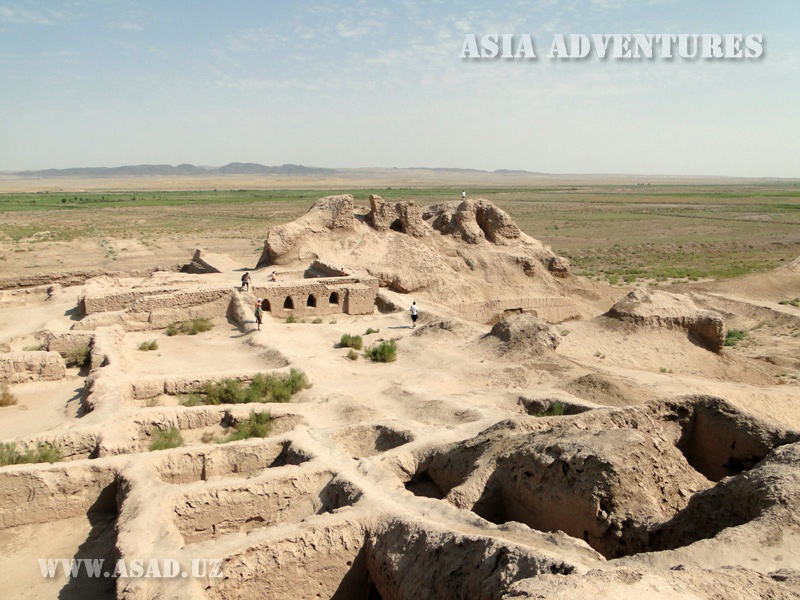 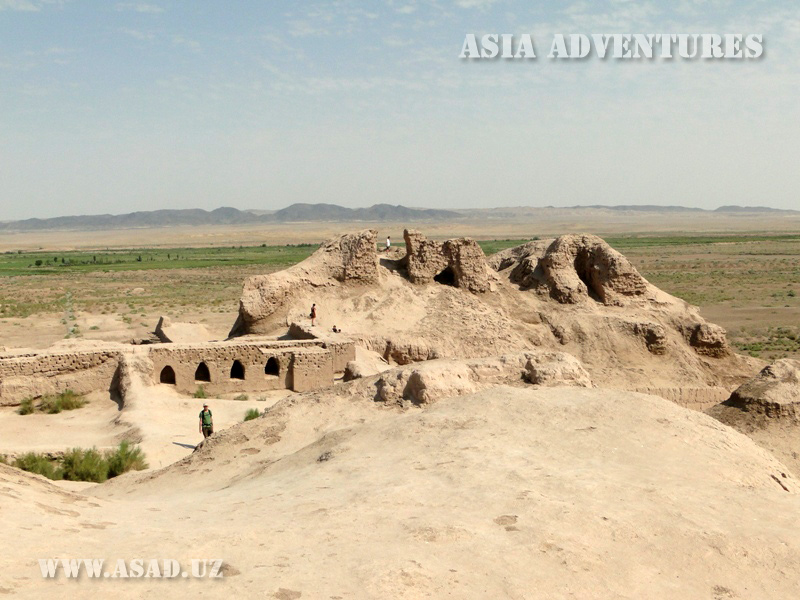 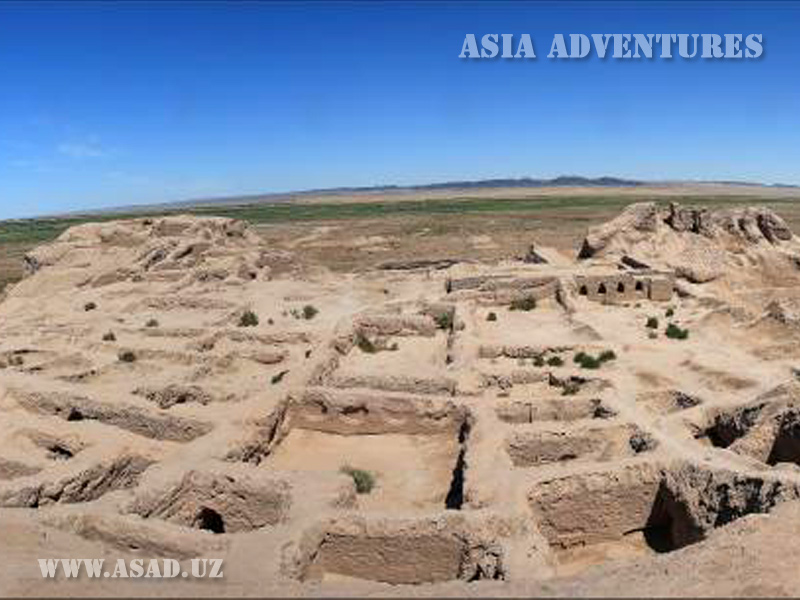