All Tajikistan. The Kingdom of Pamir mountains (CTJ 01)

Unforgettable and full of adventures journey is waiting for you in Pamir mountains, which occupy 93% of Tajikistan’s area. You will drive along mountain streamers, along life road – Pamir highway to the “world’s roof” – mountain Badakhshan; you will visit the most interesting places of Tajikistan: fertile oases of Khodjent, ancient towns: Istravshan – based by Persian king Kier, Pendjikent – Asian Pompey; you will walk to the mountain lakes of Fan mountains; you will see ancient buddhistic mortars and caves in Vrang, antique fortresses of fire-worshipers in a famous Vahan valley on Pyandj coasts; will swim in hot healing springs of Garm Chashma and Fatima Bibi; will see the peaks of Pamir and afghan Gyndikush covered with eternal snowl; yak herds pasturing of poor mountain pastures, mountain Bulunkul and Karakul Lakes; you will be acquainted with the culture, traditions and way of life of mountain Pamir people; will visit such places where were Alexander the Great, Persian king Kier, Venetian traveler Marko Polo. 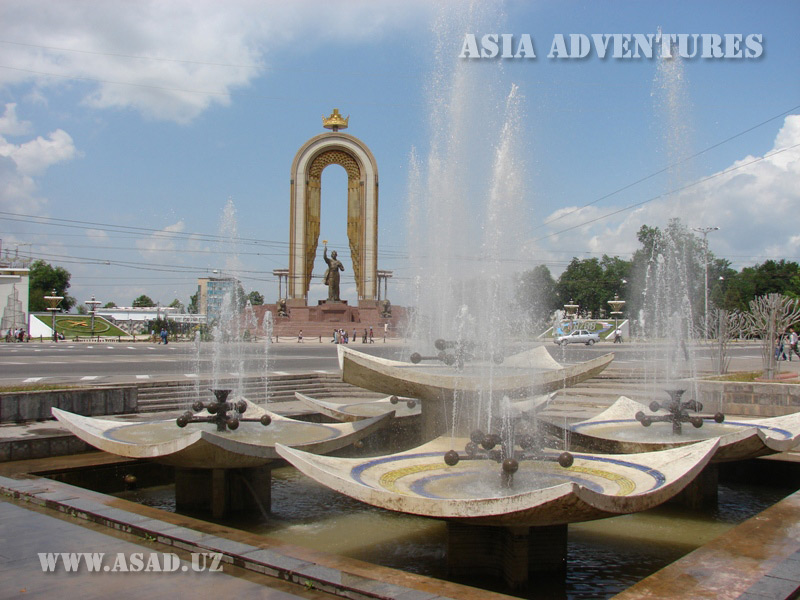 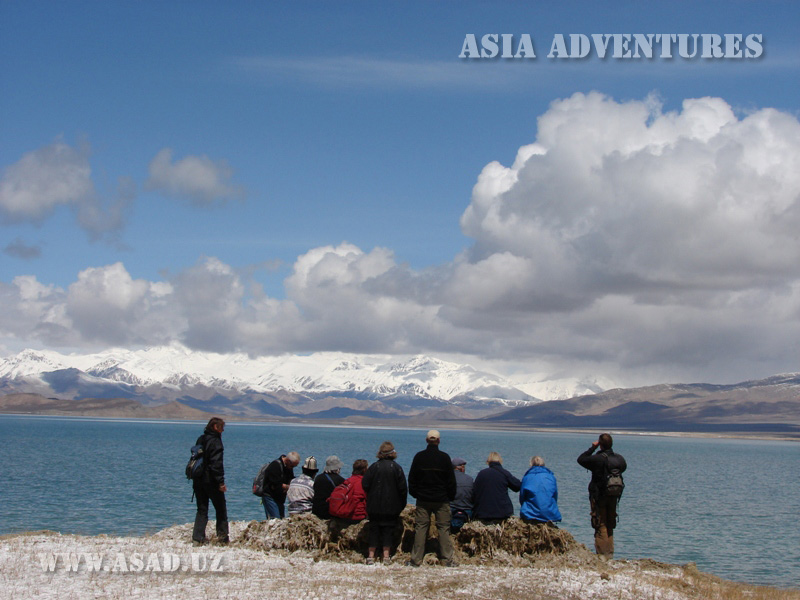 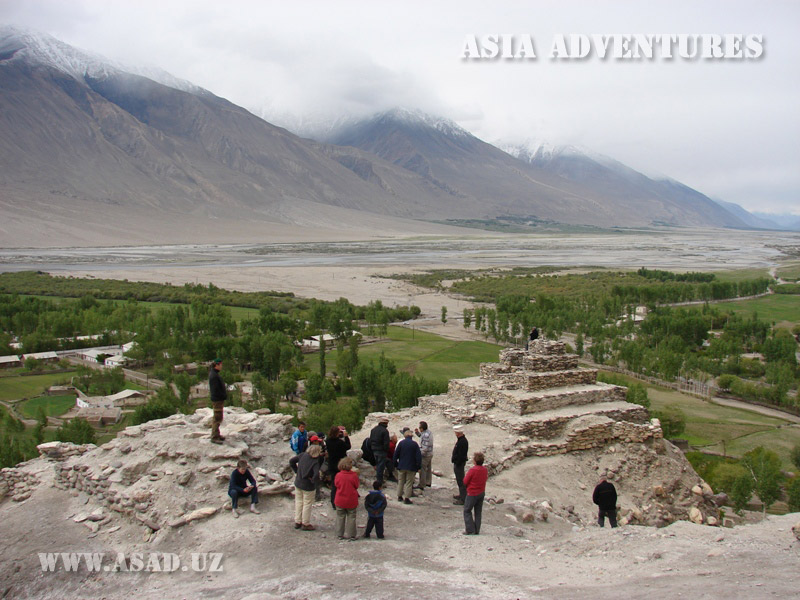 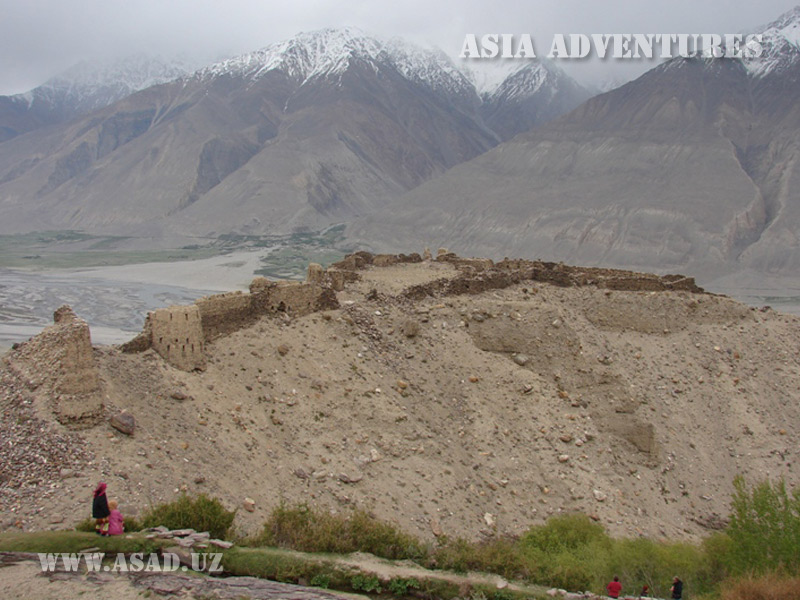 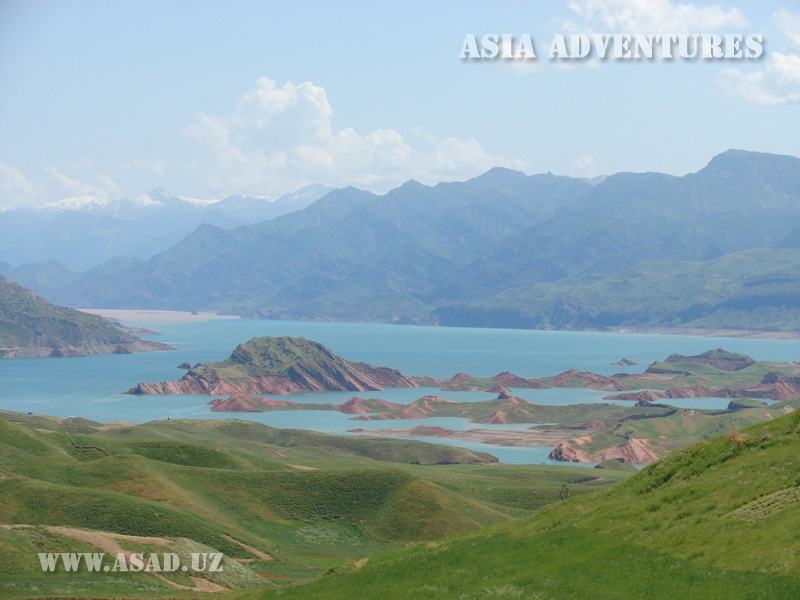 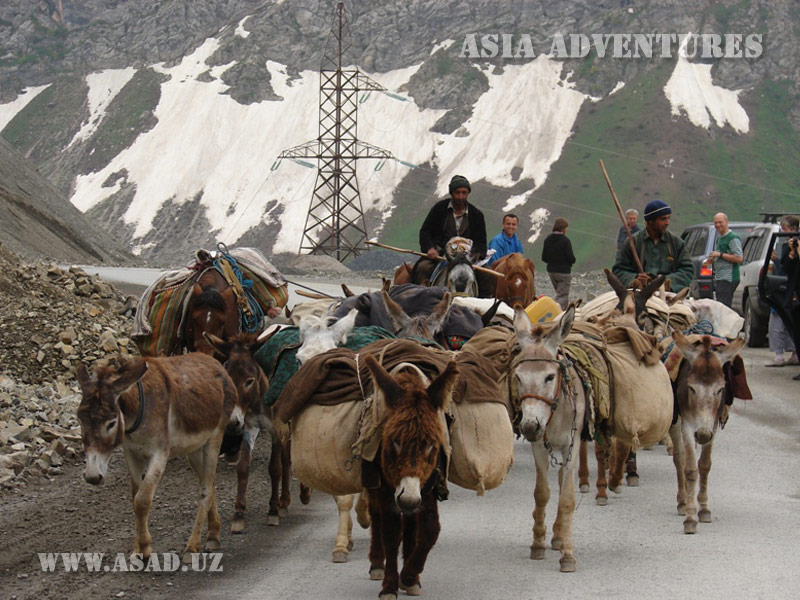 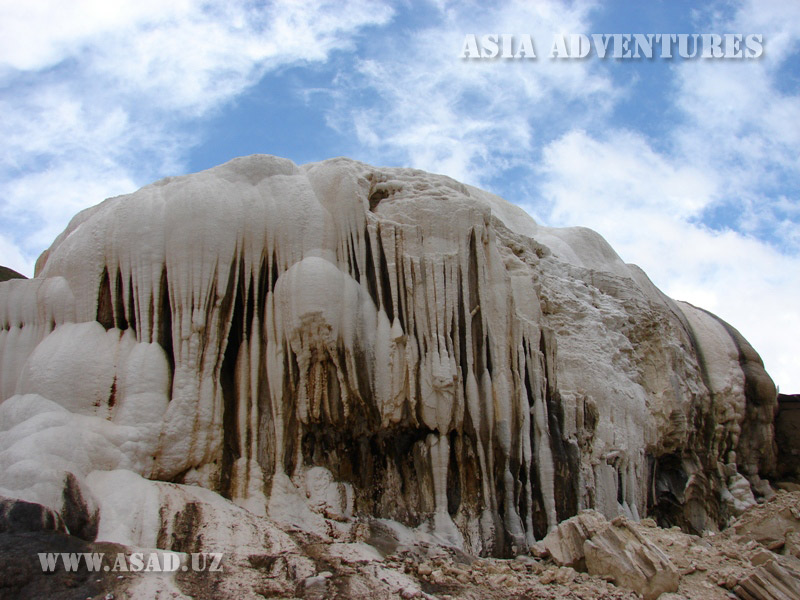 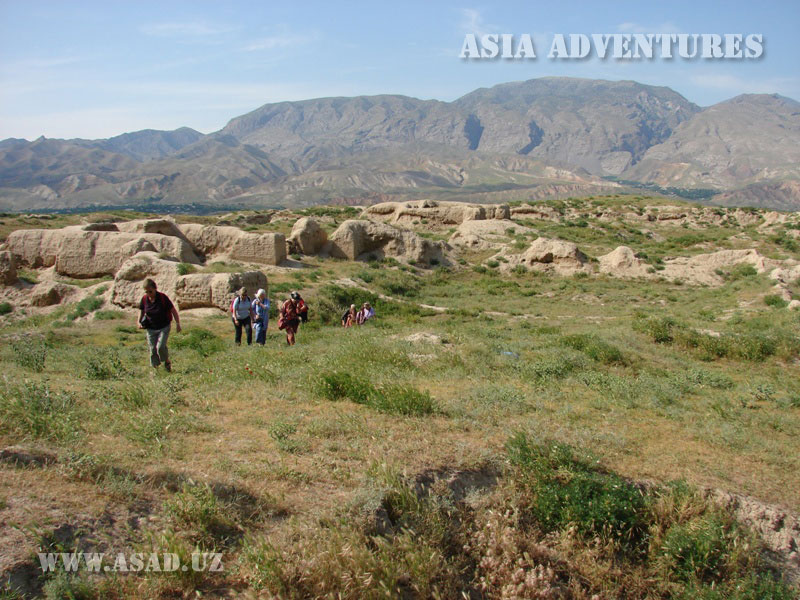 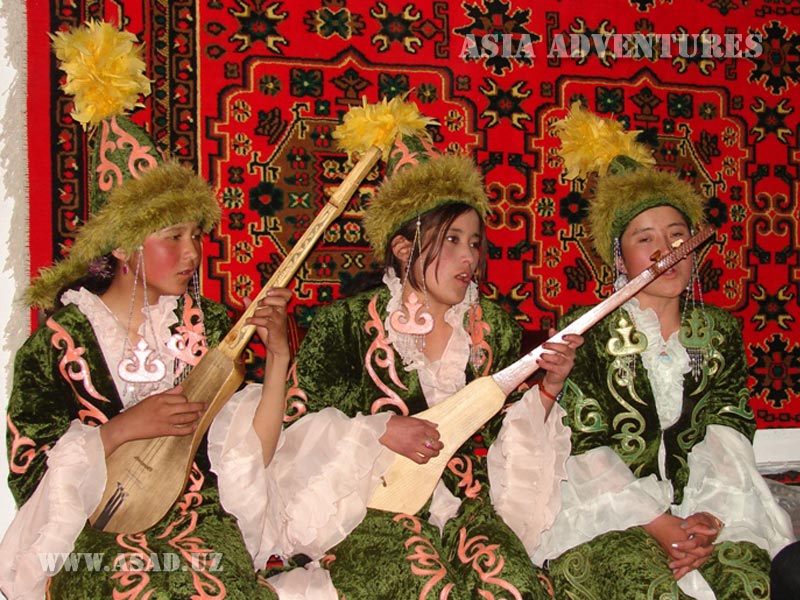 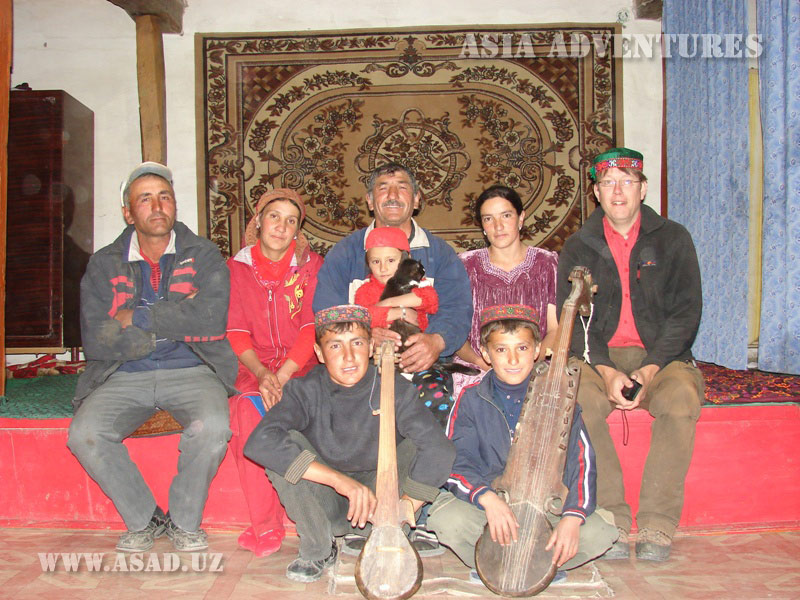 Arrival in Dushanbe – the capital of Tajikistan. After rest excursion along the city: Independence square, Samany monument – the founder of Tajik government, Rudaki avenue, an ancient museum with interesting collection of ancient artifact which includes the ceramic figure (13 m) of Buddha in nirvana (VII c.)
2

Transfer to Iskanderkul lake the biggest and most beautiful lake in Fan mountains. Walking along the lake to Fan Niagara – 40 m. waterfall which runs out from the lake. Picnic on the lake. After lunch transfer to a picturesque mountain Margib settlement, situated down stream of Yagnob river, under the big cave range Zamin-Karor. Walking along exotic settlement, acquaintance with the local people’s way of life. Overnight in a traditional tajik house.
5

Transfer to Dushanbe. A picturesque stream way firstly leads to the huge Pass along Zeravshan river and then to Anzob pass. A magnificent view of wonderful mountains opens from this Pass. Descent to Varzob pass and farther to Dushanbe. After lunch excursion to Gissar fortress – the residence of Gissar beks. Observing the fortress and historical museum situated in old medresse.
6

Transfer to Khorog (260 km. 6 hours) – the centre of Mountain Badakhshan. A complicated road through mountain passes eases by bright impression from splendid views. Overnight in a local hotel on the bank of Gunt river. Excursion to high mountain Botanical garden, bazaar and historical museum.
8

The brief excursion in Vakhan museum.

The brief excursion in Vakhan museum – the pamiric Leonardo de Vinci, self-taught inventor, who made by hands musical instruments, paper, looms, stony sun calendar and etc. Transfer to Lyangar – a rather large mountain settlement of the junction of Vakhan and Pamir river. Here begins Pyandj river and the famous Vakhan “passage”. Walking along the picturesque settlement to the petroglyphs of ancient Ratm fortress. Overnight in the house of the local people.
10

Transfer to the Murgab settlement.

Transfer through Khargush pass (4344 m) and picturesque Alichur valley to the Murgab settlement (170 km, 6 hours). The valley is situated on 3000 m high and surrounded by snowy mountain tops. On the way the tourists can see yurts-local people’s dwelling, and also pasturing yaks. Murgab is a small settlement near Chinese border, the highest and further mountain regional centre of former USSR. From this place the tourists can observe the highest top of the Muztag – Ata region (7546m). Accommodation in private houses.
11

One day excursion to the Karakul Lake.

One day excursion to the high mountain Karakul Lake. Transfer through the highest in CIS Ak-Baytal pass(4652 m) to the picturesque mountain Karakul Lake (135 km, 4 hours). The vast lake is surrounded from every side with mountains. Up to the end of June the snow and ice can be seen on its banks. At a good weather from here you can also see Lenin peak (7134 m). Lunch. Acquaintance with the local people’s way of life, walking along the lake. In the evening coming back to Murgab.
12

Transfer to Horog through the picturesque Yashilkul Lake. On the way excursion in Shakhty cave with the only in Tajikistan wall paintings of mesolite’s cave-men, made by red ochre. Overnight in the hotel.
13

Transfer to Dushanbe through Haburobad (3252 m) pass, “Tulip” rock and building Rogun Hydroelectric Power Station which is planning to be the most powerful Station in Central Asia with 325m. dam’s height – the highest in the world.
15