The caves of Khodja-Mumin salt dome

Khodja-Mumin salt group, one of the most unusual and interesting creation of nature is located in the South Tajikistan not far from Kulyab city. The huge salt mountain in the shape of dome towers above environing plain for 900 m (the altitude is 1332 m.a.s.l.). Khodja-Mumin is seen at a distance of tens kilometers. Because of the salt whiteness it seems that the mountain is covered by fresh snow. On the plan the dome has an oval shape and it’s length is as far as 8,5 km.

Khodja-Mumin and nearby Khodja-Sarkis massif are the second in the world as regards their capacity after Kukhi-Namak salt mountain in the South Iran (its high is 1200 m, altitude is 1800 m.a.s.l.).

Geologists have determined that salt thicknesses of the massif accumulated no less 20 thousands years, and the formatting of the massif has been taken in the Late Jurassic period (the second part of the Age of Reptiles).

It’s known that as far as back as in ancient times white salt was mined here. Its recourses are 30 milliards tones. This amount of salt would be enough for the whole population of the Earth for many ages.

It’s known that rock salt is freely soluble mineral, subjected to karst processes. “Moon” relief of the massif and numerous craters are as far as up to 200 m in diameter and underground cavities – caves are evidence of it. The longest cave among famous ones is "Dnepropetrovskaya". The whole underground river runs through "Salty miracle" Cave. The interior of the cave is magnificent, its walls are decorated by salty crystals and druses of different colors after all.

There are also some vertical caves in Khodja-Mumin, their wells are as far as 70 m in the depth.  The walking along the massif is no less interesting. Here you can see huge salty “mushrooms” are as far as 30 m in high, “salty pillars”, sharp “pikes” and “cogs”, gullies, holes.

The most interesting fact that the pure drink water springs of well out almost on the top of Khodja-Mumin and herbages and flowers grow here. In spring the top of the mountain is covered with a bright red carpet consisting tulips and poppies. 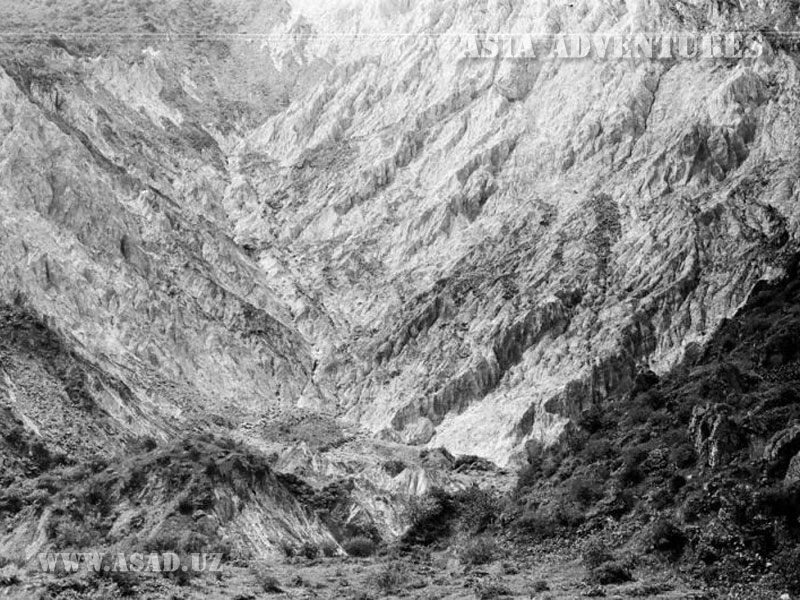 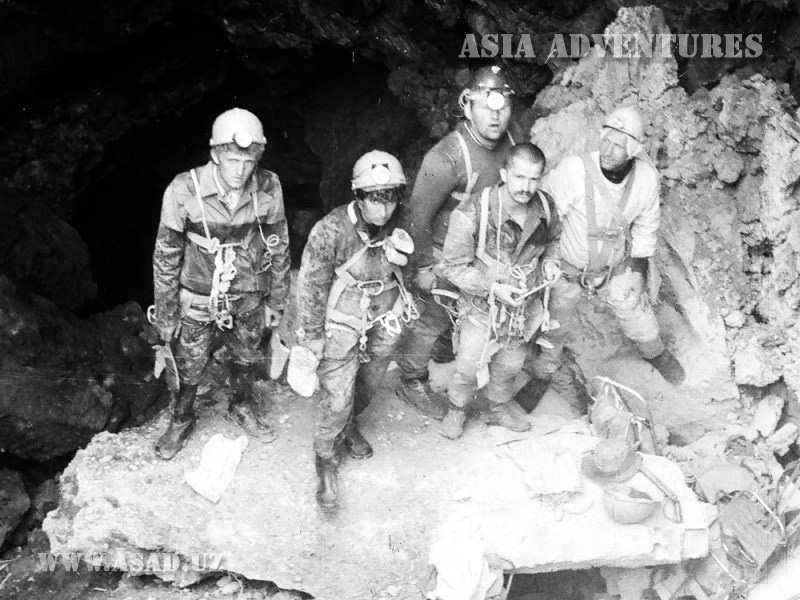 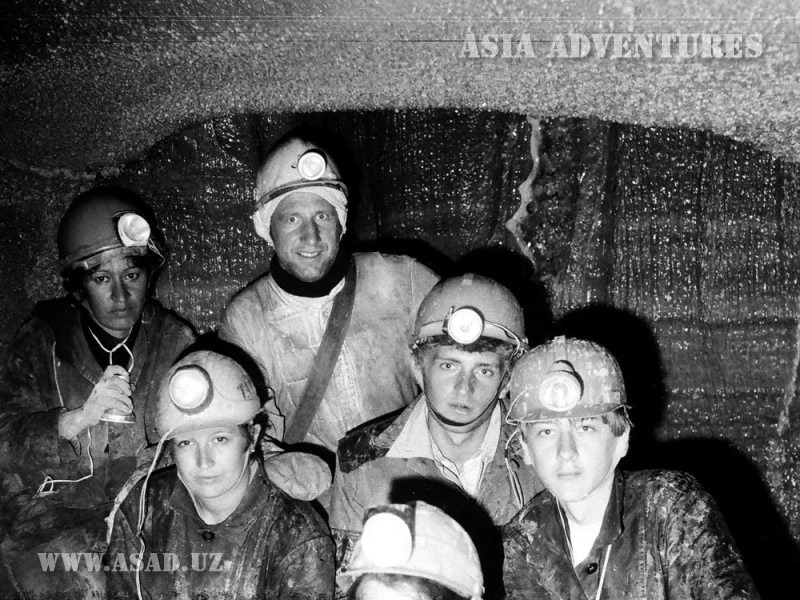 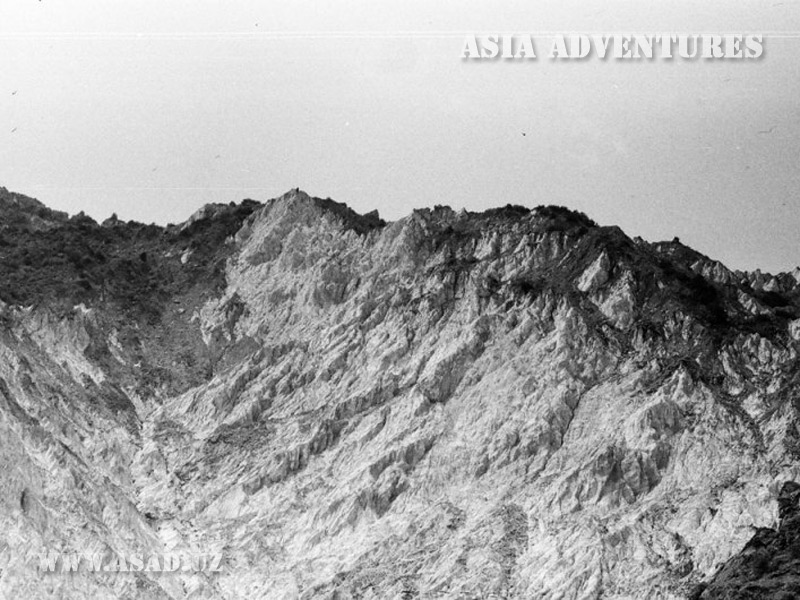 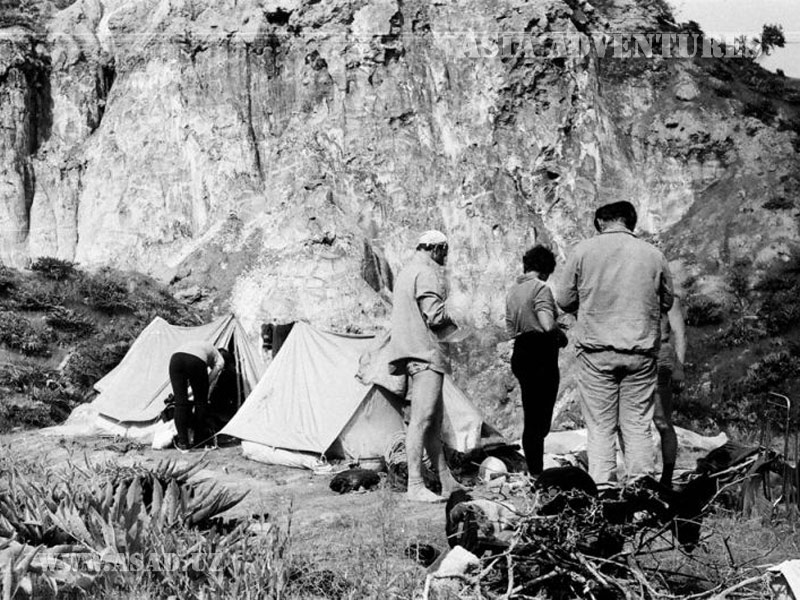 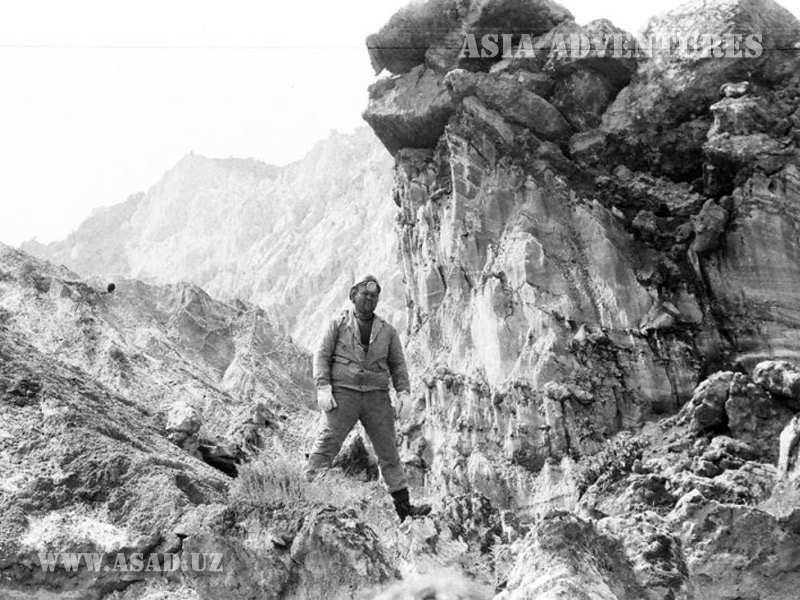