There are more than two thousands lakes on the territory of Tajikistan and the Sarezskoe Lake is one of the most beautiful lakes. It is situated in the middle of the high mountains land Pamir. It was formed in winter 1911, when due to an earthquake the valley of the Bartang (Murgab) river – the main confluent of the Amudarya River, has been obstructed by mass of stones that slept down and created a dam. The Usoy village with the whole population has been totally buried under the rock debris. The landslide is approximately 2 km3, its maximal height is 500-700 m more than initial bottom of the valley. Behind the mass stones has formed a lake which has been named after name of the village Sarezskoe, which went under water with raising level of the lake. Today the total area of the lake is 80 sq.km, its length is 60 km. It is one of the deepest lakes –its depth is more than 500m and total pool is about 17 km3. The Usoy dam is the highest among both natural and artificial dams of the world.

The appallingly beautiful lake is fraught with danger: 17 billions of water by breaking of the dam can flood the bordering territory of Tajikistan, Afghanistan, Uzbekistan and Turkmenistan with 5 billion population and all plants, animals and industrial objects. 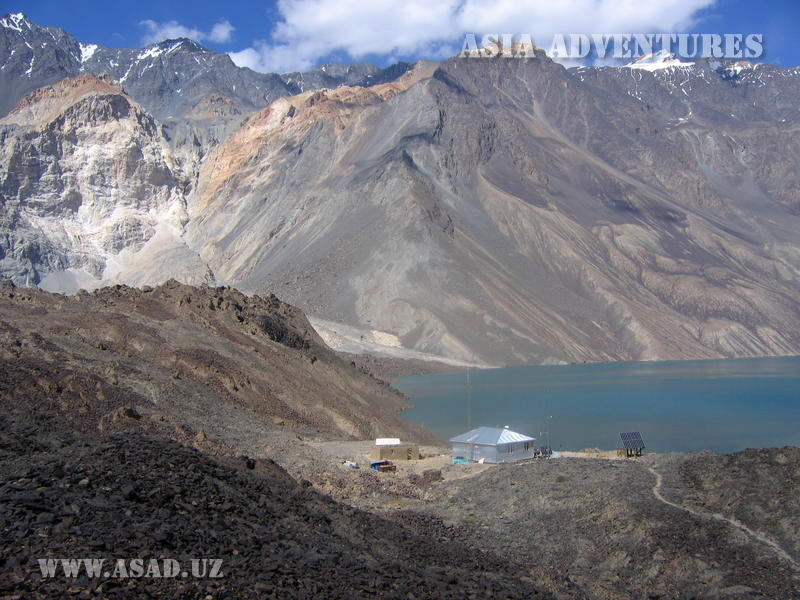 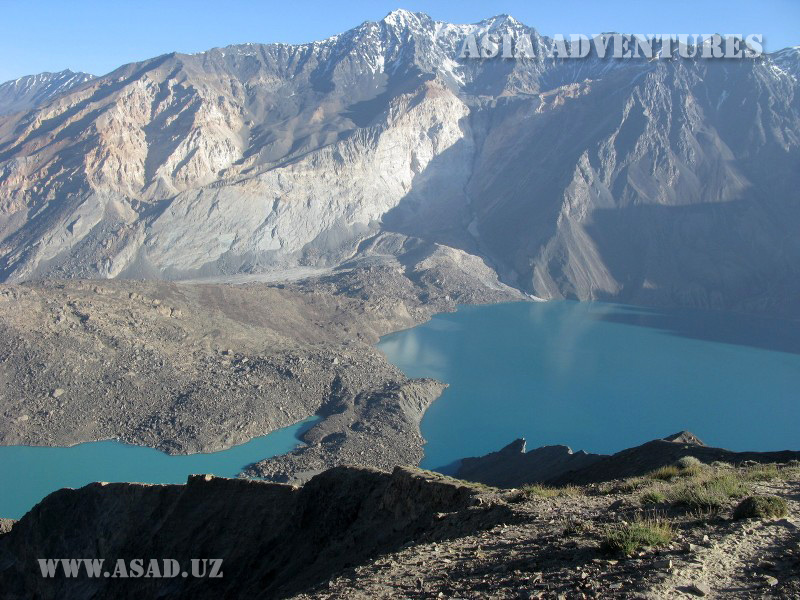 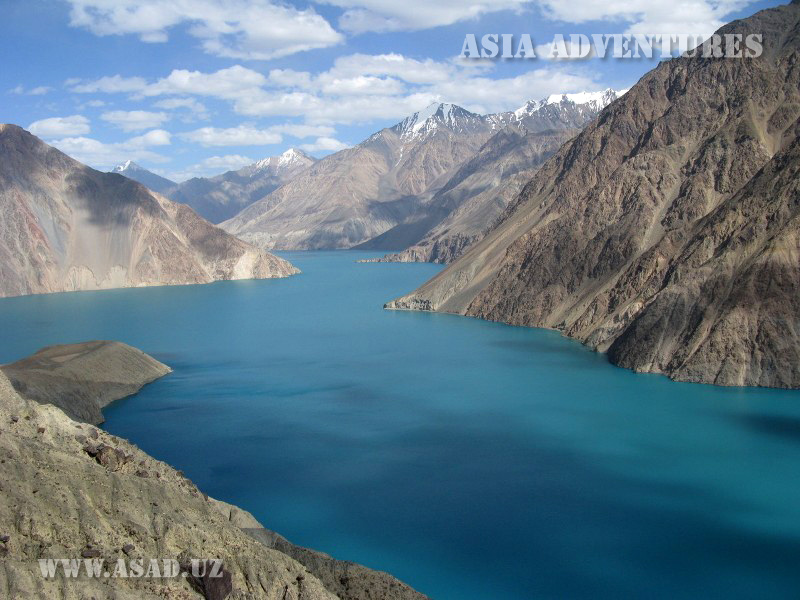