Khorog has been a part of Tajikistan since 1932 and today it is the center of the Mountain-Badakhshan autonomous region. It is situated at an altitude of 2200m and stretches for 10km at the confluence of the Gunt River and the Piandj River. Khorog is connected by highways and air communication with cities Dushanbe and Osh.

The city is surrounded by many gardens. Over the east part of the city at an altitude of 2320m above sea level on the coastal zone of the Shakhdara River is situated the renowned Pamirskiy botanical garden with unique plants, brought from different parts of the world. Work is underway on acclimatization of plants in mountain conditions. There are various trees and bushes from Europe, America, Africa and Australia.
Above Khorog on the Ishkashimskiy ridge raises the Mayakovskiy Peak (6096m).

30km from Khorog on a high rock in the Bogev village is situated the archeological complex Kofir-kala, consisting of round temples within a radius of 9 and 11m. Both temples had fireplaces and stone obelisks in the middle. Evidently, the temples had wooden stepped ceilings with sky-light. In the ancient time and middle ages, in combination with fortress walls and towers, the temples made up the well fortified cult center Shugnana. Round buildings with solar symbolic there is characteristic feature of burial grounds of the East Pamir.

47 km from Khrog, above the Kukhilal village, raises a mountain of the same name – the Kukhilal mountain. There is spinel-field, mentioned in Khudud-al-Alam (982), "Minerology" by Beruni and a book by Marko Polo (13th century), where is said that "the local people mined rubies in the Shigkhian (Shungan) mountain by the king order". In the mountain Kukhilal were found about 500 old mine workings of the 8-11th centuries. 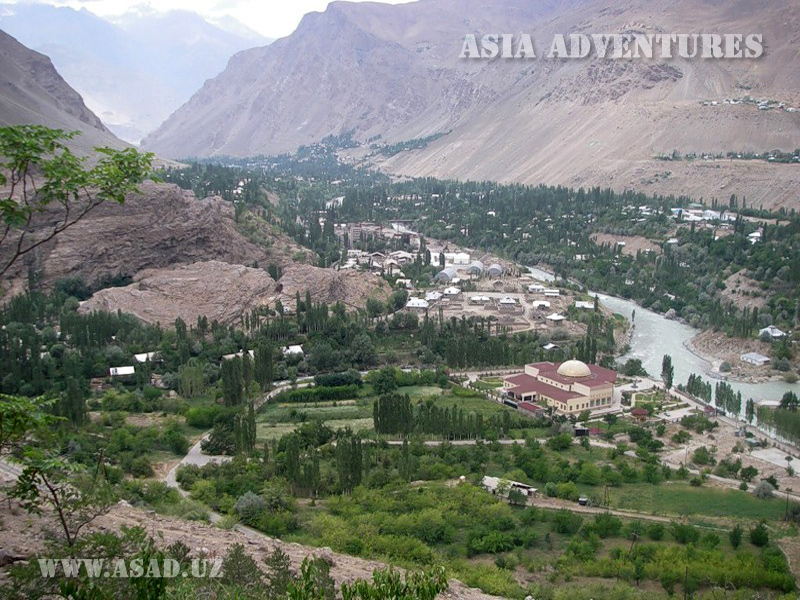 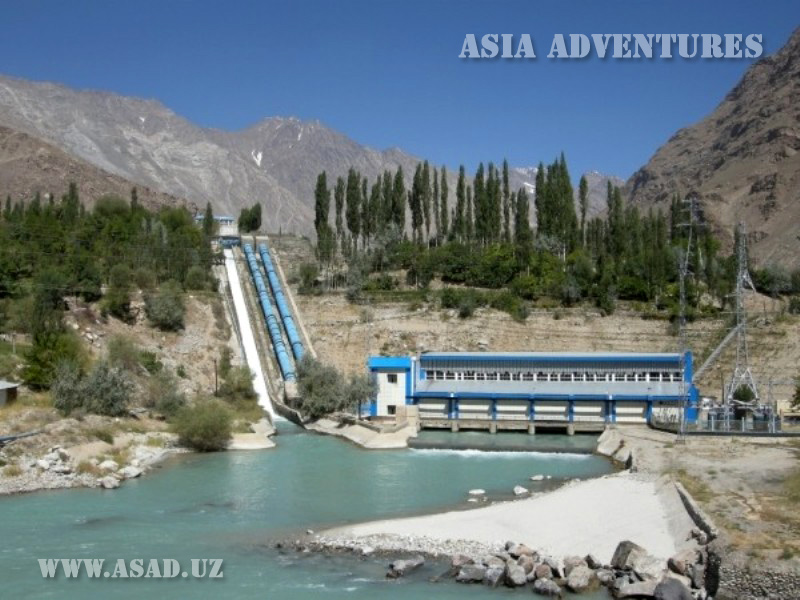 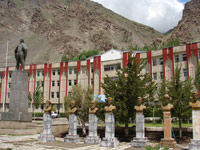 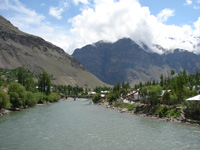 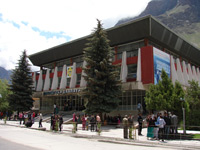 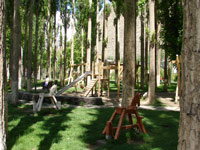 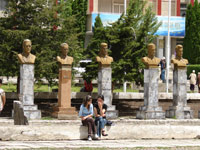 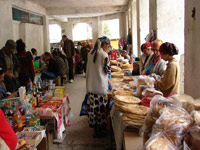 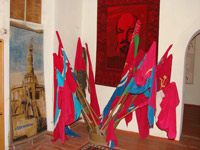 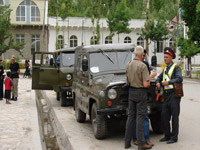