The village of Yamchun ranks as one of the most interesting tourist attractions in the Vakhan Valley. Yamchun is situated 90 km east of the administrative centre of the district, Ishkashim. Near the village you can find the strongest fortress of the Vakhan Valley, which stands on an elevated area protected on three sides by deep natural canyons. The stronghold was encircled by three rings of double walls up to 950 m long and up to 400 m wide. With 40 towers and a citadel in its most elevated part, the fortress was a truly impressive and majestic structure. Judging from the ruins of its walls and the remains of its towers, it was once a truly grandiose structure. According to experts, the fortress was constructed over 2,000 years ago. The Yamchun Fortress’s other names are Kafir-Kala ('the fortress of infidels’) and Zamor-i-Otash-parast (‘the castle of fire worshippers’). A Zoroastrian temple is reported to have been located in the territory of the fortress. This is confirmed by the age of the structure, which sprang up in the pre-Islamic time. The area provides a wonderful view of the Vakhan Valley and Hindu Kush Mountains.

Yamchun’s other attraction is Fatima-Bibi, a famous hot spring. Like any other place in the Pamirs, the spring is associated with the prophet Muhammad’s family (Fatima was the prophet’s wife). However, even if we disregard the legends the place is wrapped in, the spring indeed has wonderful curative properties. Throughout the year the temperature of its water remains above 40 degrees Celsius. Containing radon and a number of other elements, it is used to cure a wide range of illnesses. The water spouts from two places in the wall of a deep canyon called ‘the sleeves of Fatima’s clothes.’ The ‘sleeves’ were actually formed of minerals of different colours (green, yellow and brown) present in the water. In the wall there is narrow natural niche. Any person that can squeeze into it will have their wishes come true. Over the spring there is a series of facilities, such as a pool, changing rooms, a lounge and a small flower garden. A stairway leads from the pool to a 5-metre natural waterfall, where you can take a contrast shower.

Yamg occupies a special place among the other settlements of the Vakhan Valley: it was the native village of Sufi Muborakkadam (1843 - 1910), a local self-taught scholar, theologian, calligrapher, musician, poet and inventor. For his natural talent he is often nicknamed Muborak of Vakhan and Leonardo da Vinci from Yamg. His life, though not so long, was full of good deeds. He never left his village until his death.

A vertical stone with an aperture (a solar calendar), which Sufi Muborakkadam used to specify calendar holidays, still can be seen standing on an extensive plot adjoining his house. We do not know if Muborak made the aperture himself or found this stone and positioned it in a special way. The local people are proud of their fellow villager and revere his memory: they organised an interesting museum in one of the old houses. The museum contains musical instruments made by Muborak himself, a loom, books written by the scholar (Muborak also made the paper for them) and a number of household utensils. The old ceiling in the building is painted in an original way, depicting people, animals and plants interwoven with calligraphic inscriptions. 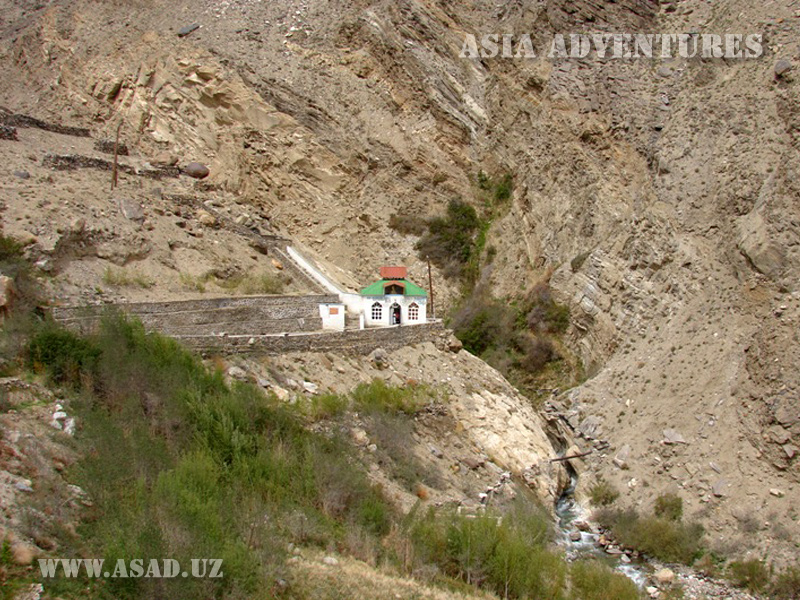 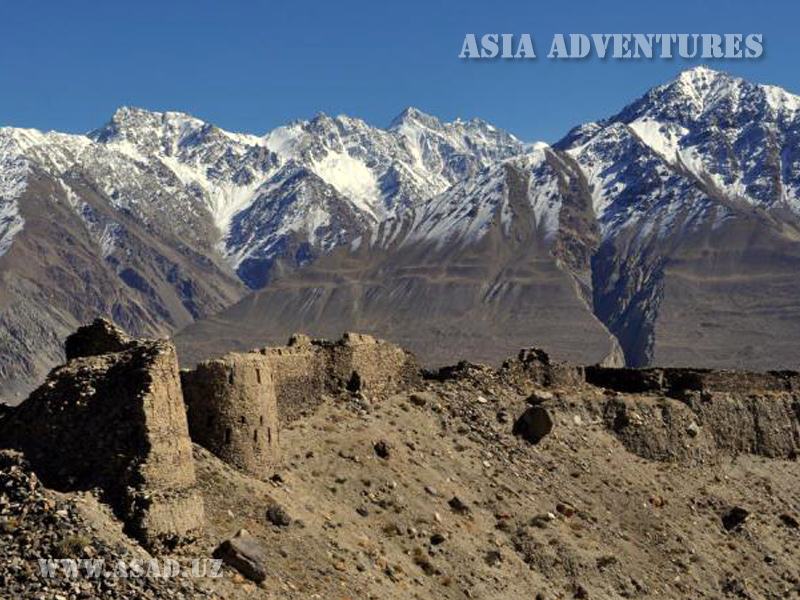 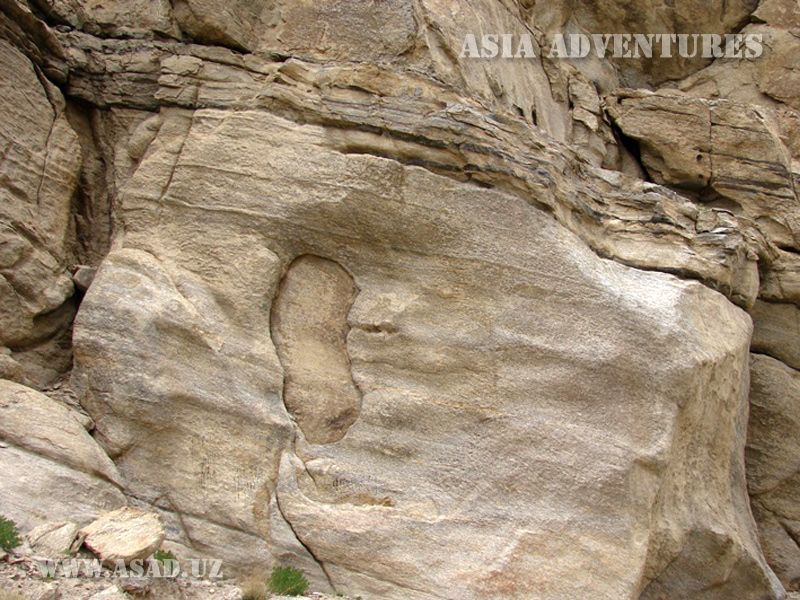 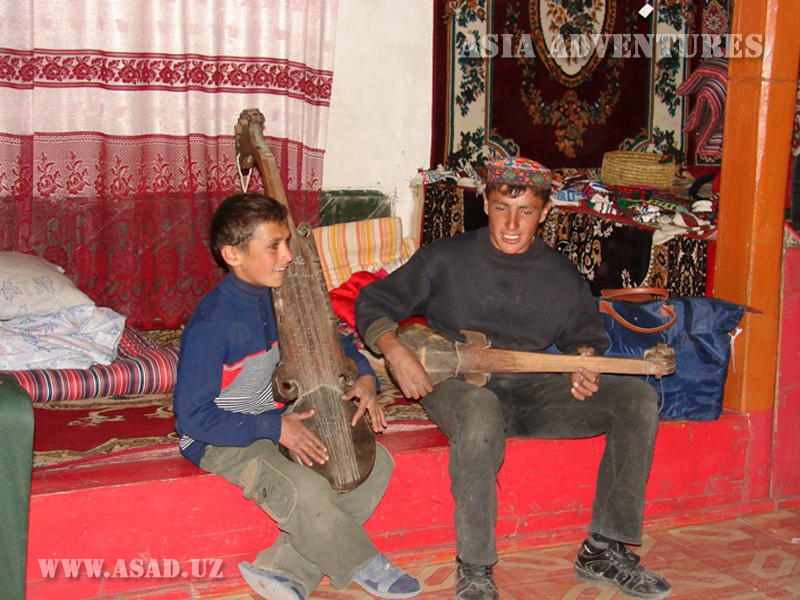 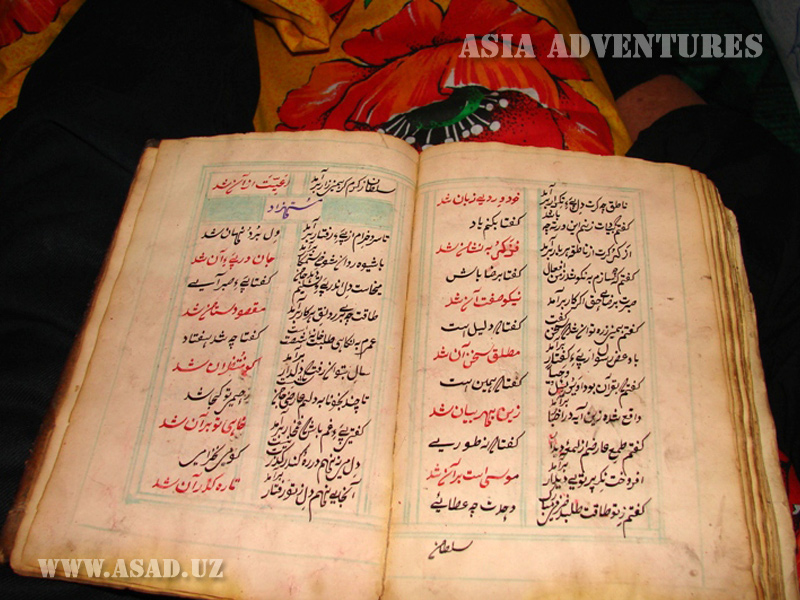 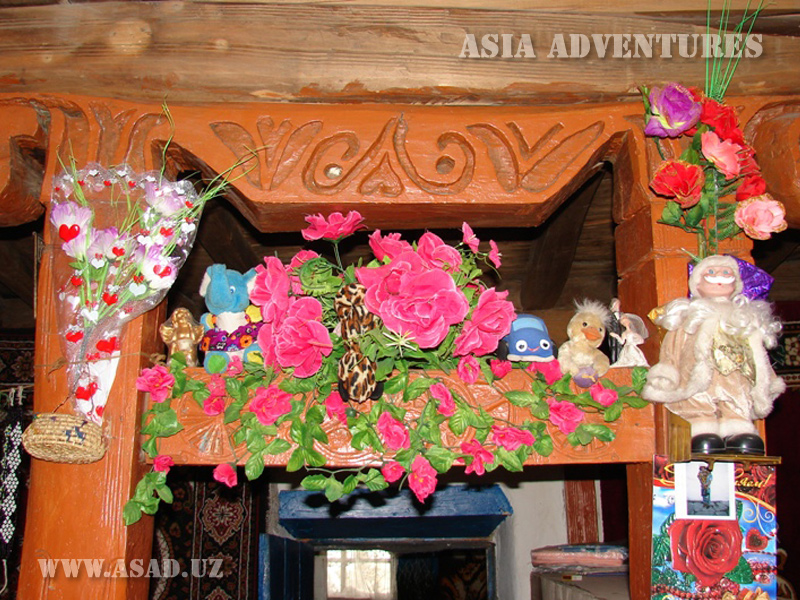 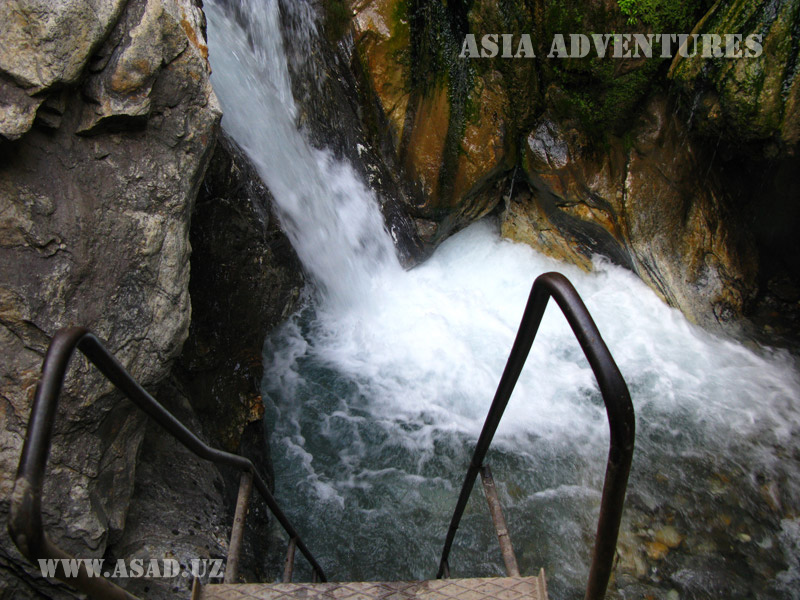 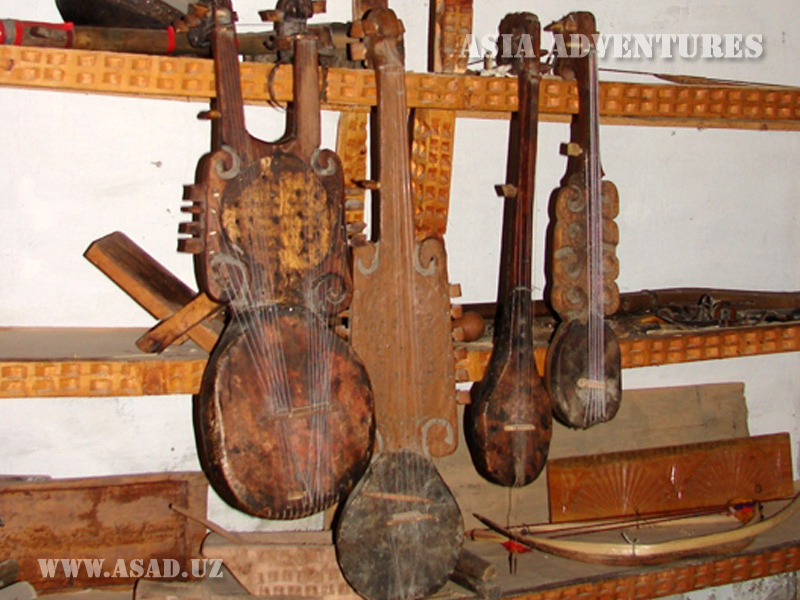 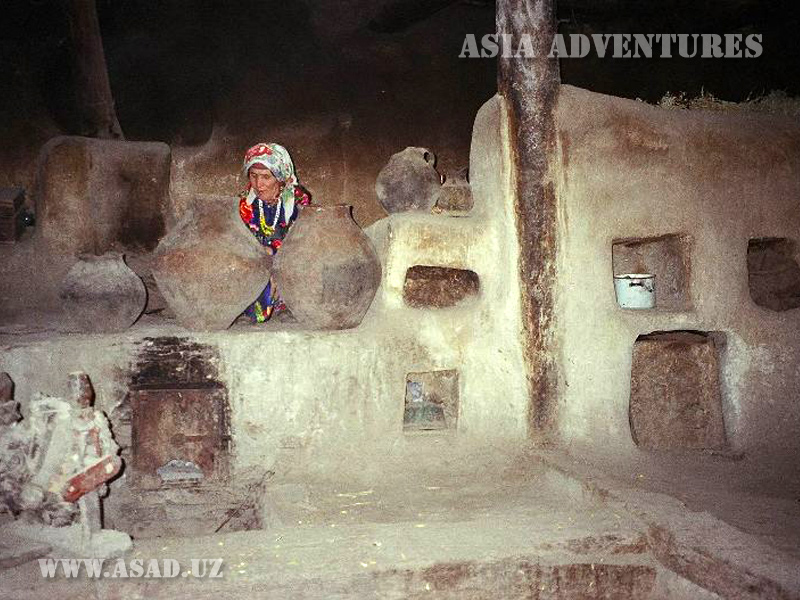 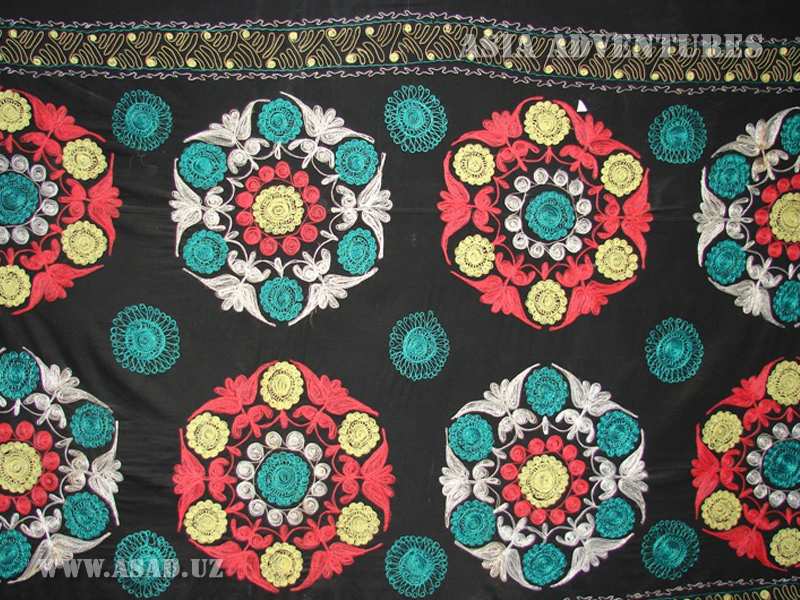 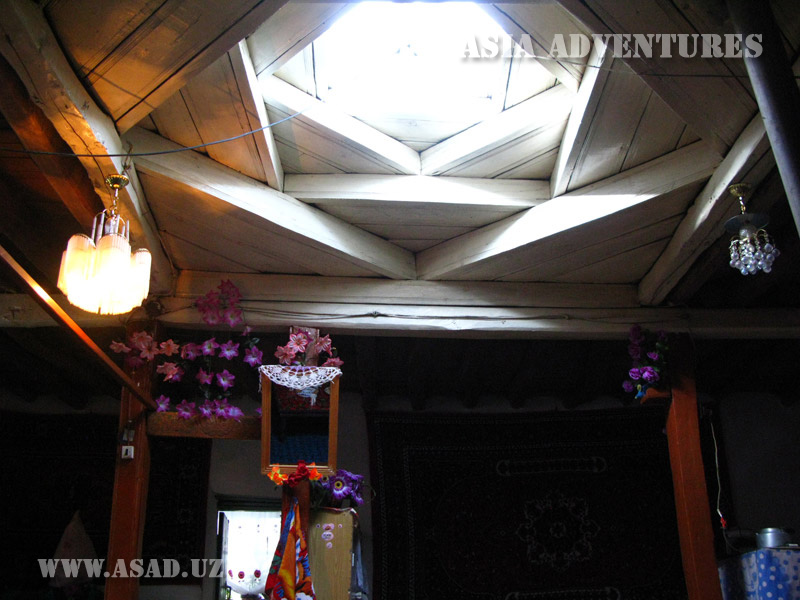 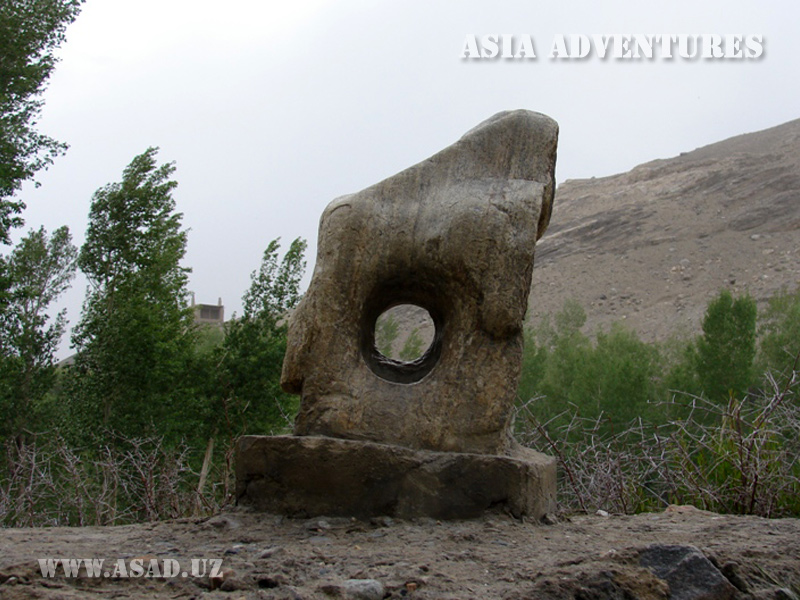