Surprising natural objects - Yangikala Canyons are situated in the Northwest Turkmenistan in Balkan region. From Turkmen language Yangi-kala means “fiery fortresses”. Canyons have such name because of prevailing red color of breeds from which hills and breakages are combined. The similar mountains are in Chinese Sinzyan and they are also named «flaming mountains».
more...


Canyons present the incredibly beautiful show. Having left Balkanabad through the lifeless equal desert, you suddenly appear at the sheer steeps, leaving deep down for hundreds meters. Formerly water of the ancient sea was lapping here (before and now water of the gulf of Karabagazgol, which was a part of the Caspian Sea, is visible from many points). The Sea has left, having uncovered steep coasts and huge hills. A wind, waves and rains have created here fanciful castles, towers and walls. Colors of rocks, from purely white to bright-red are the most interesting. Mountains are changing because of the daytime and illuminations burst at the seams. Canyons are more beautiful than usual at sunset, when all is painted in fiery colors around.

It is possible to arrange races on Jeeps on the smooth bottom of canyons for hundreds kilometers.

It is almost impossible to go round the huge territory of canyons, but we advise you to visit one more splendid place – Canyon Kemal-Ata. Here, in the middle of the desert, not clearly whence, the source had appeared and broke through the rocks a small canyon. Flocks of sheep and camels come for a watering to this source. The unusual stone formations reminding eggs of dinosaurs or eggs-germs from a cult film "Stranger" are the most interesting. Here are a great number of them, and lot of them are “walled-up” in the canyon.

We recommend you to stop in the center of pilgrims at the burial of sacred Gazli-Ata for spending the night, near to burial places, which are dated with IX-X centuries. The center is also situated in one of the canyons and also is surrounded by "fiery" mountains and steeps. 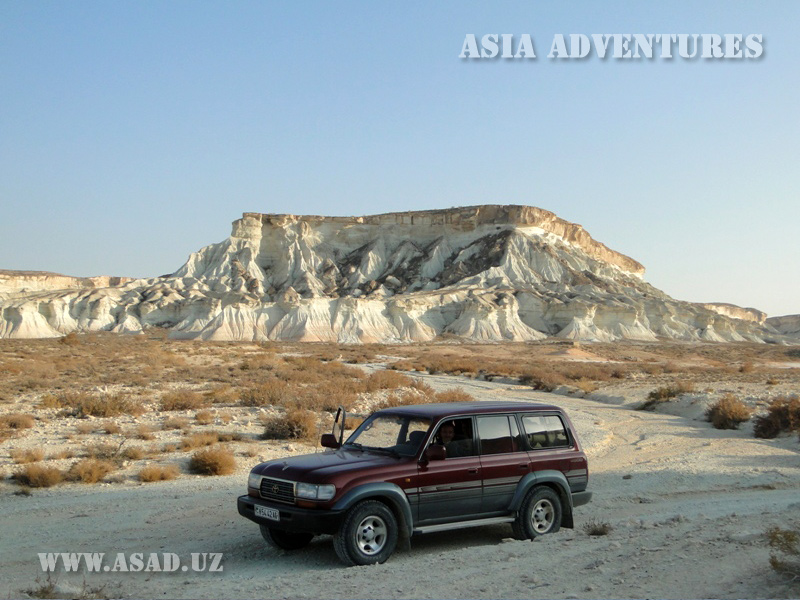 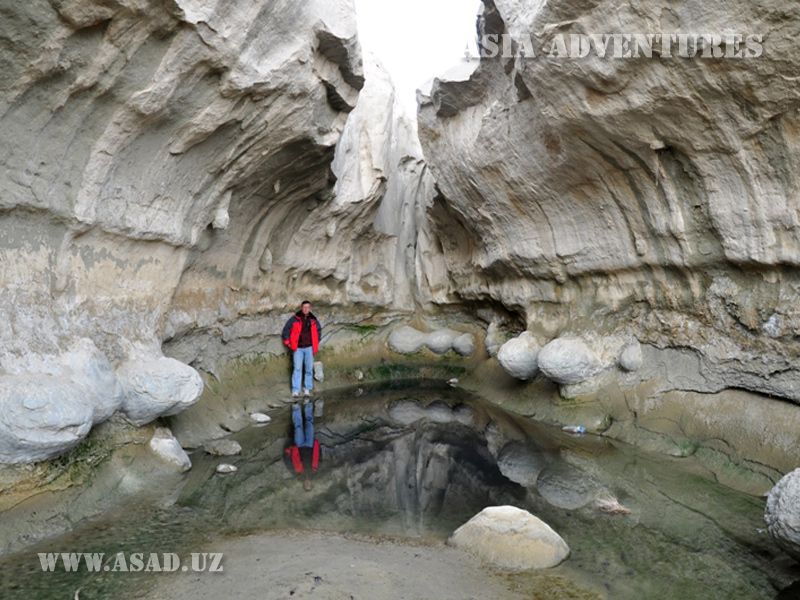 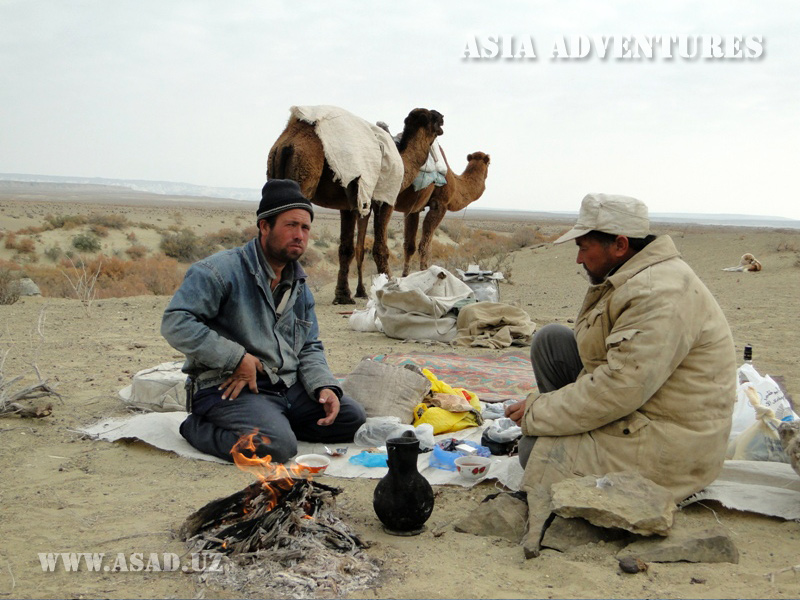 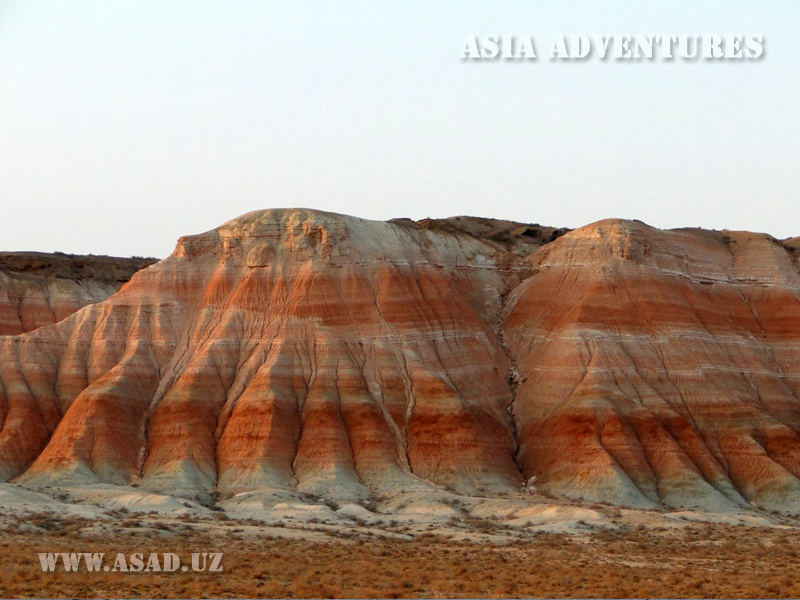 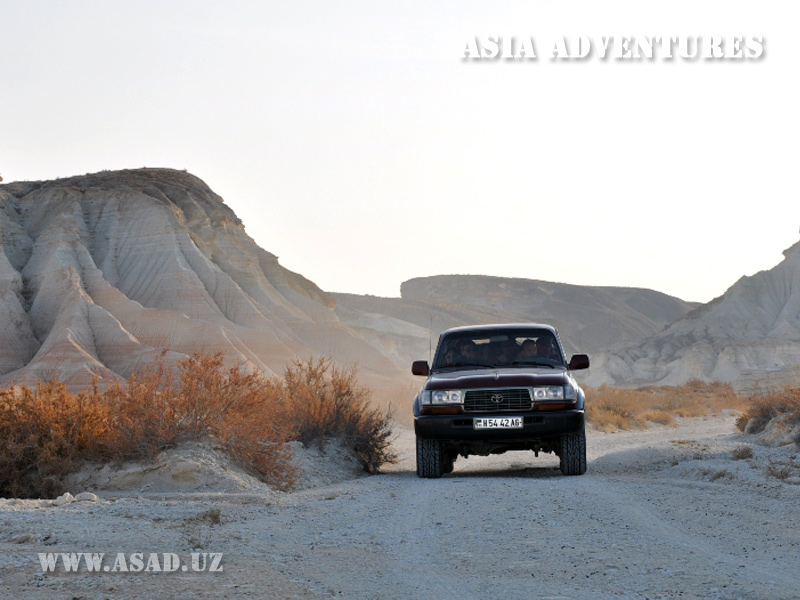 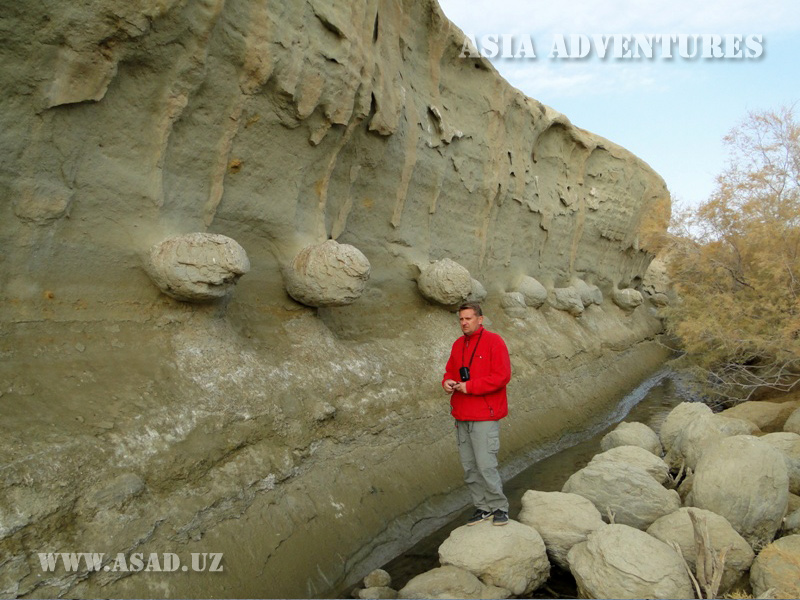 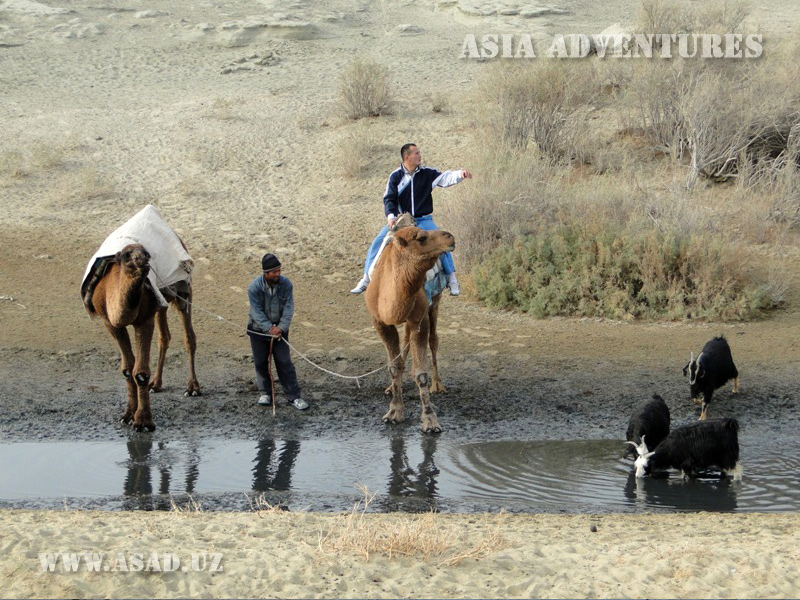 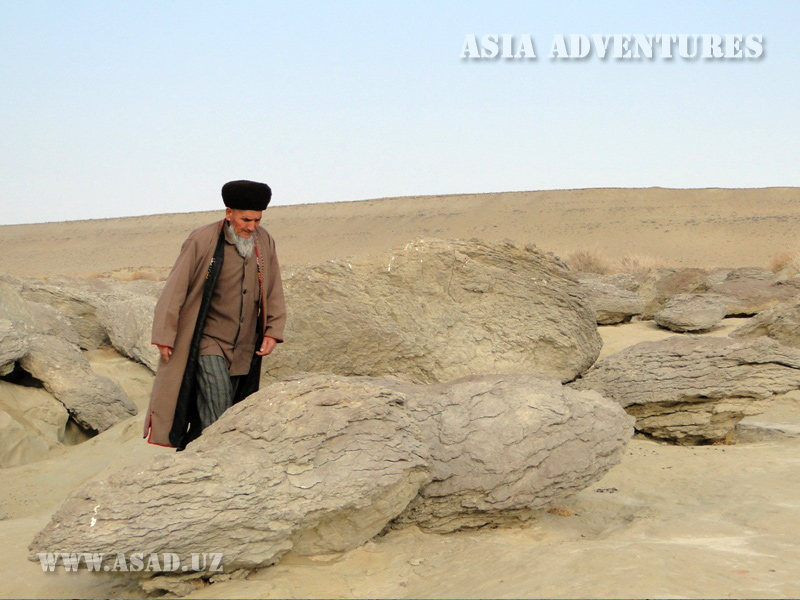 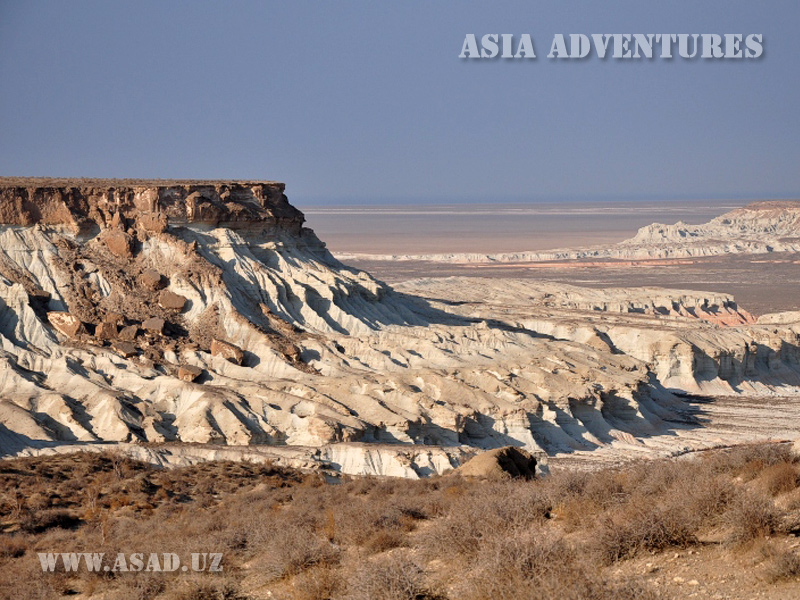 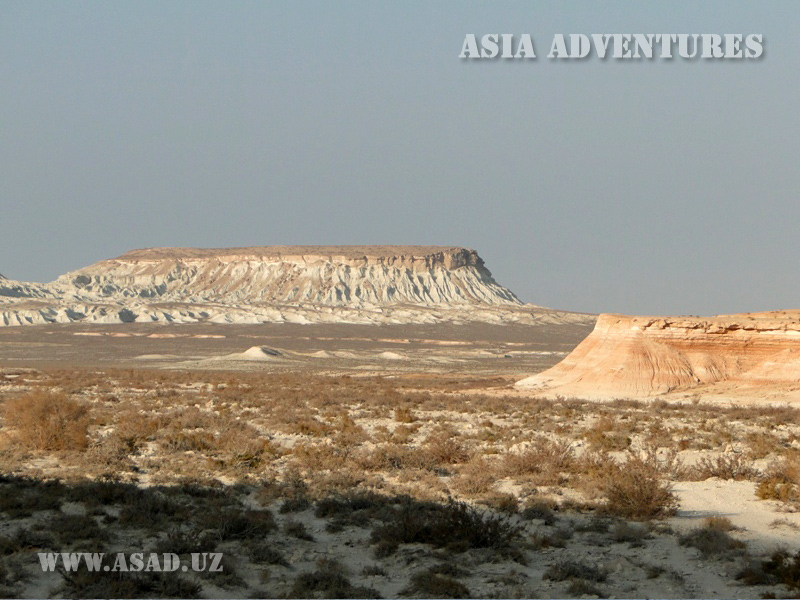