Darvaza Gas Crater is situated in Turkmenistan in the center of Kara-Kum – one of the great deserts of Asia. (Latitude -40.252324, , Longitude -58.439843). Just imagine a blazing by hundreds torches, buzzing and puffing by hot air crater with diameter 60 and depth 20 meters. Gas gets out of pores of ground, dividing for hundreds burning different sized torches. In some torches tongues of flame run up to 10–15 meters high. Local inhabitants tell, that the fire shining in the dark draws into the flame thousands living creatures. Plenty quantities of insects, birds, animals were “hypnotized” by night light and vanished in the fire.

At first sight it seems that the crater is filled by fired lava, but actually the origin of this captivating show is very prosaically: in 1971 exploring well for gas is holed here and hit on the underground crevice. Oil derrick with all equipment and transport are fallen in abyss. Thanks God, people weren’t suffered. Natural gas is come out man-caused crater. Not to poison people and cattle, gas was set fire. Since that event already 35 years the eternal torches have been burning. Nobody knows how many millions (milliards) cubic meters of the most valuable natural row material have burnt.

Besides shepherds and camels on free pasture there is nobody here – for tens kilometers around. There are 90 km up to the nearest Yerbent settlement.

Not far, close at road there are 2 similar holes more of similar origin. These craters don’t burn; gas pleasure is much lighter here. There is a bubbling liquid mud of light-grey color on the bottom of one of the craters, and there is a cool brine of amazing turquoise tint on the bottom of other crater.

Dazvasa phenomena is brought out clearly now much Turkmen land is rich in gas and now many secrets, enigmas and discoveries bowels of Turkmenistan are harboured in themselves. 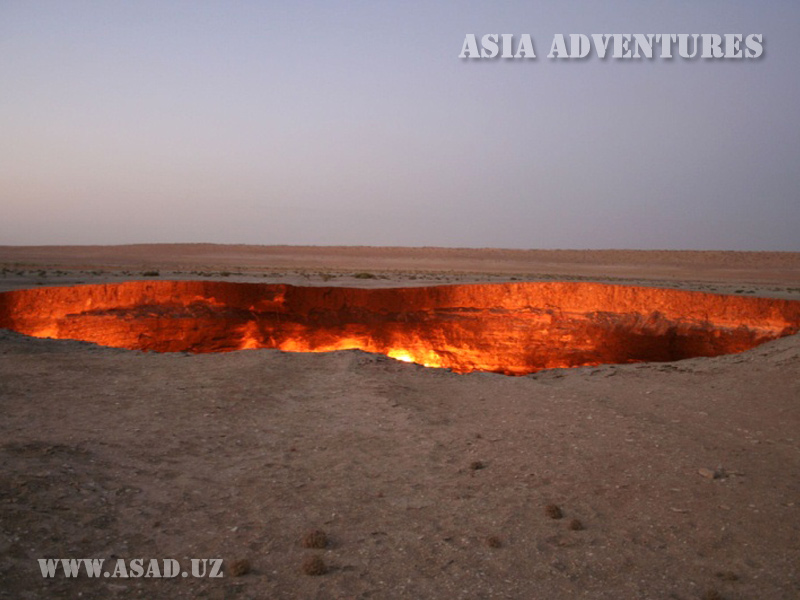 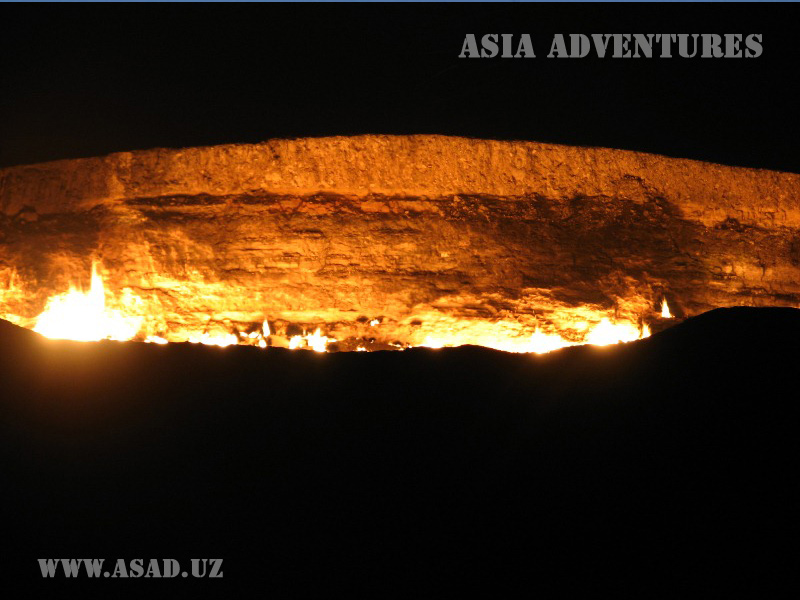 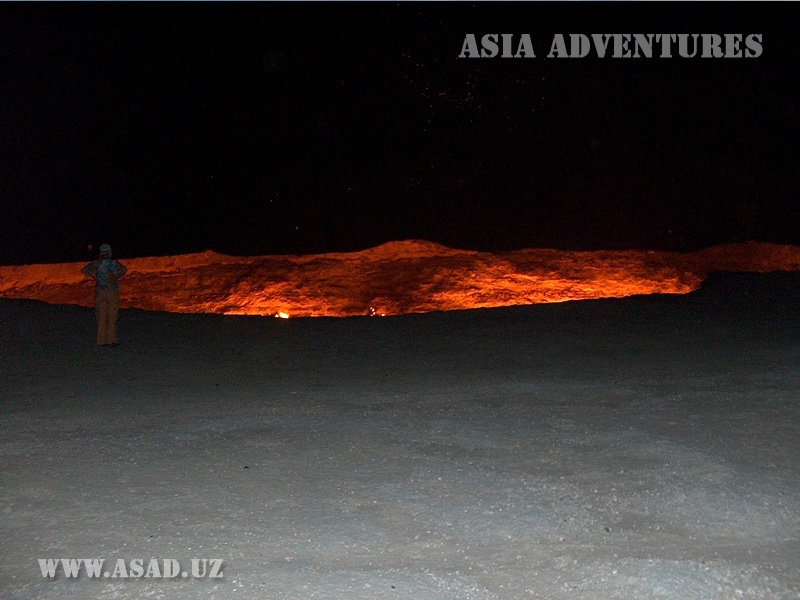 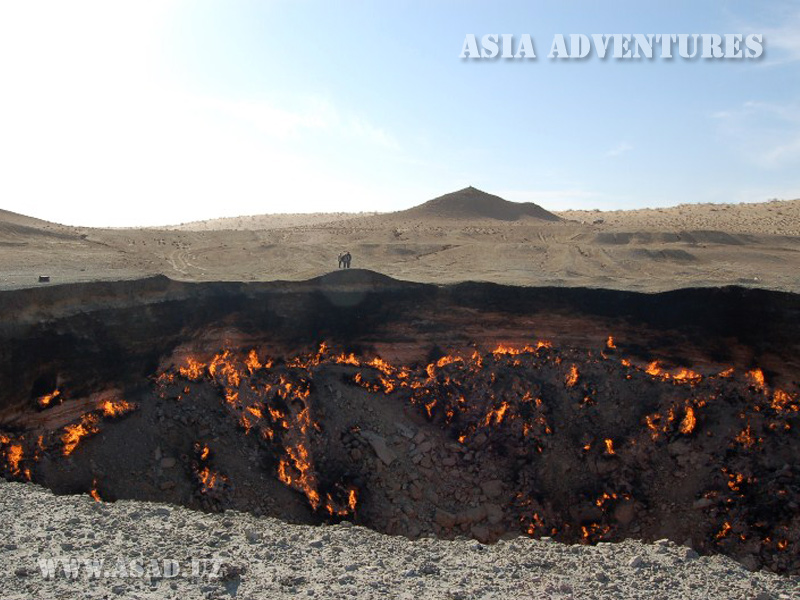 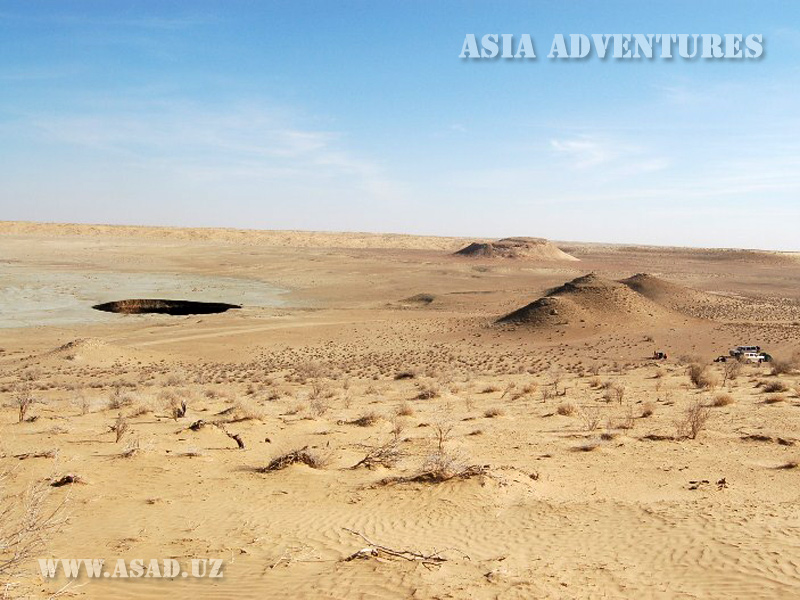 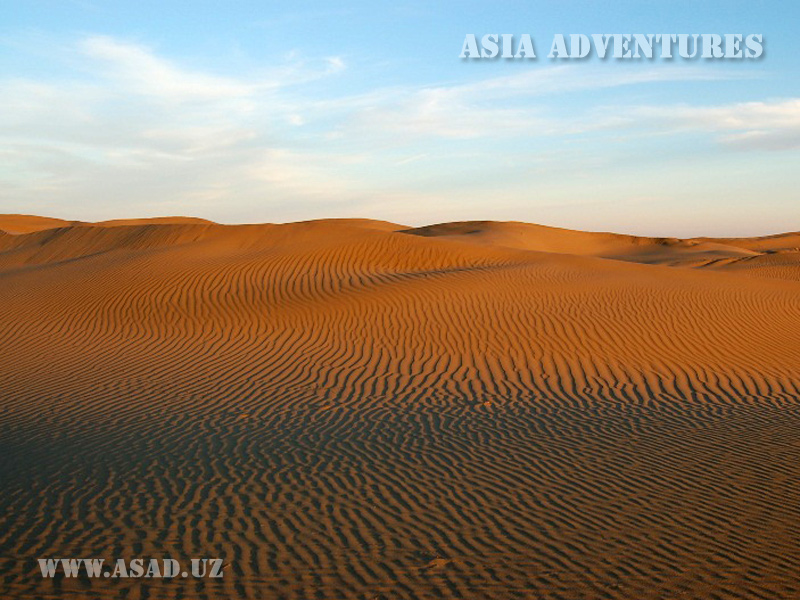