The Hotel Aist (Stork) is a small and cozy hotel in Bukhara, located near the Lyabi-Khaus complex. The remarkable fact is that instead of the hotel there used to be a madrasah built in mid-XIX century. At that time it was called Alaf-Alaf, translated as “grass, meadow”. And as late as the XX century it delivered its name Domlo-Khasan, in honor of the teacher Khasan who had built this madrasah (“Domlo” is translated from Uzbek as a teacher). The madrasah was closed in the second half of the XX century, and was beginning to fall into decay. The present owner of the Hotel Aist has restored it, and added a building with rooms to it, and also arranged rooms in former khudjrs (cells).

The rooms of the Aist are small, simply furnished, but offering everything you need for a good rest here. The room Interior is decorated with ornaments, paintings and carved ceilings, while the rooms arranged in the cells fitted with arched passageways and vaulted ceilings. Furthermore, the Hotel "Aist" has a small courtyard. Its walls are written over with ancient inscriptions in Arabic, and the ground floor represents a terrace with tables to have breakfasts.

Convenient location, comfortable rooms and reasonable prices of the Hotel "Aist" make it one of the best options for travelers. In addition, there are not many hotels in Bukhara that can boast of being landmarks at the same time. 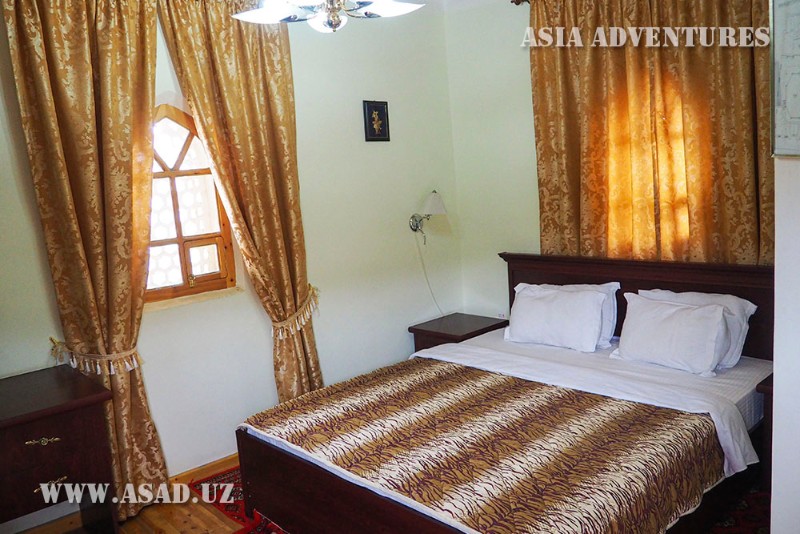 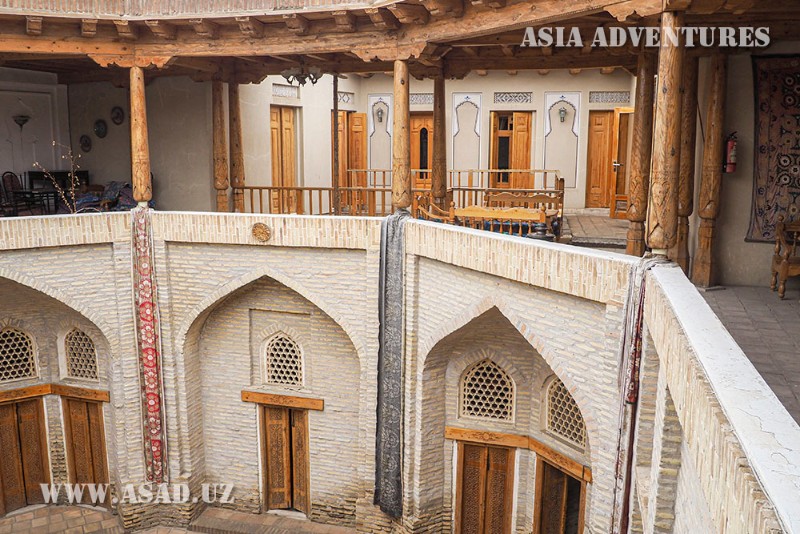 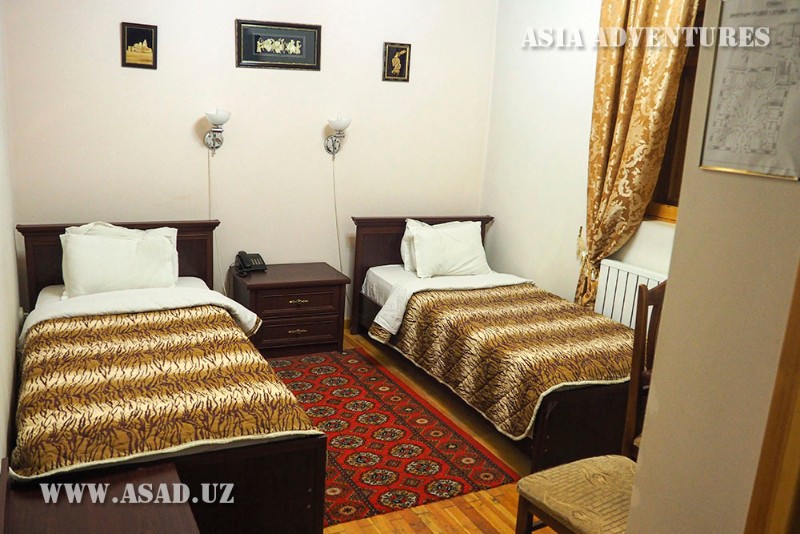 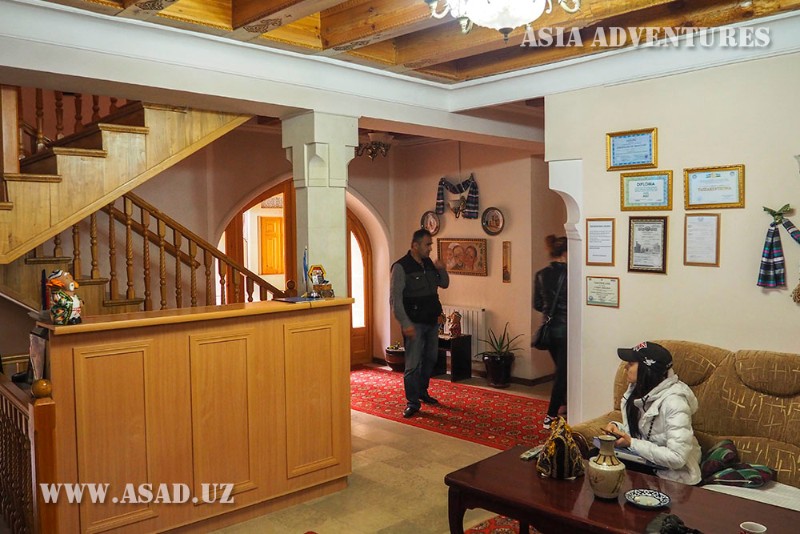 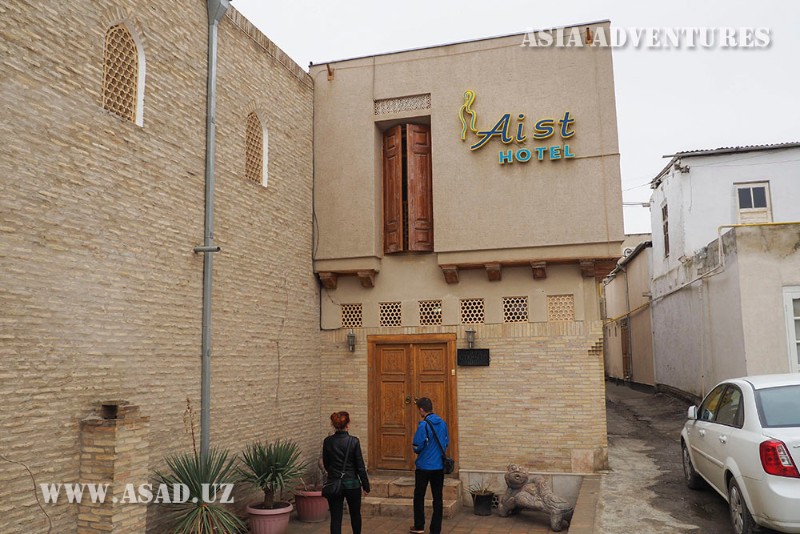 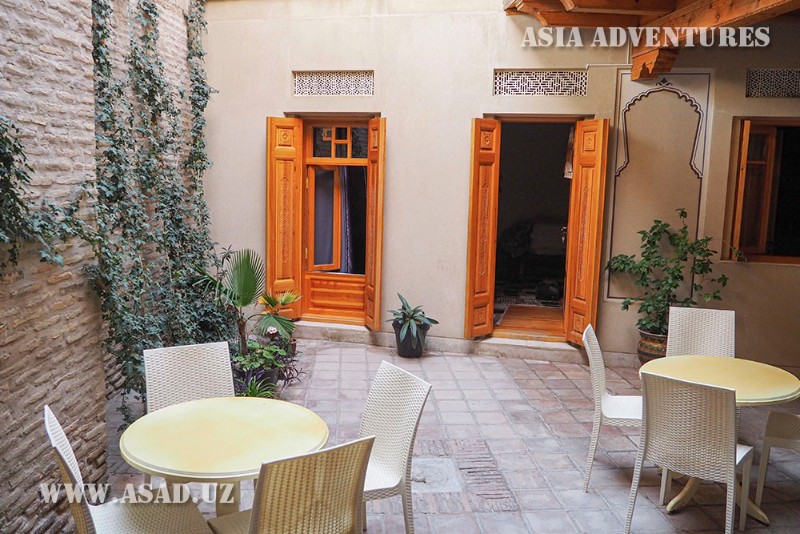 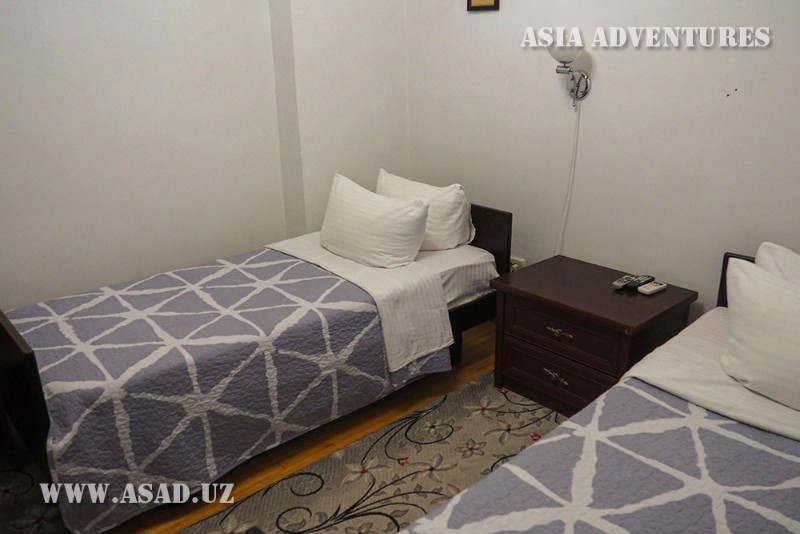 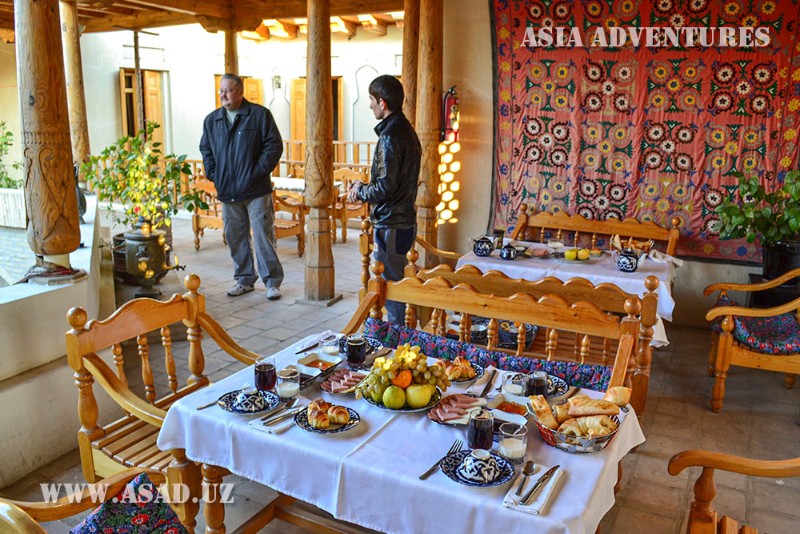 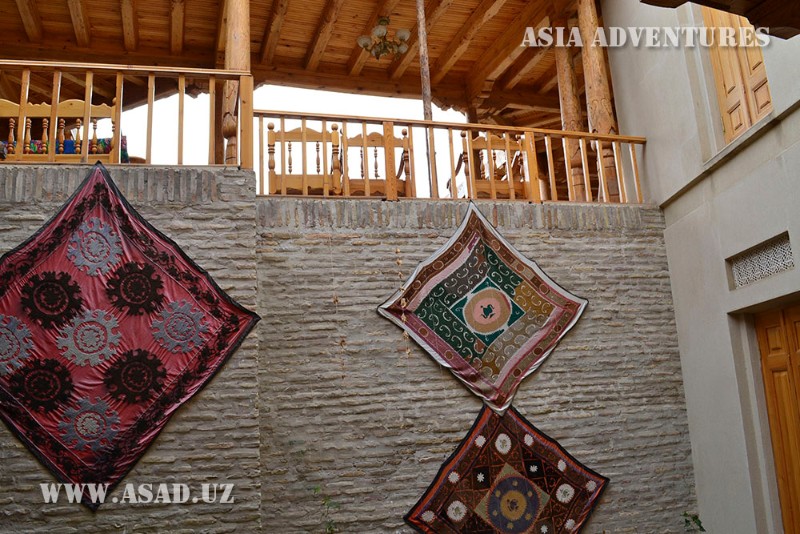