A peace of History In the mid 19th century a young Bek (nobleman) and successful merchant by the name of Urganchi built for himself and his extended family a large residence in what today is known as the Old Town of Bukhara. On the completion of the building a big celebration was held and the Emir, also present, expressed his admiration for the original architecture and the intricacies of the ganch and wood work. He also, however, let it be known that a house of such splendor really only befitted an Emir. Urganchi, well aware of the underlying message, swiftly answered: Your highness, this house I did not build for my own purpose, all this beauty was erected in your honor, for you alone, Emir. Much pleased, Akhad Khan, the Emir, took off his coat and draped it around Urganchi’s shoulders, armors and jewelry and all, a sign of the highest distinction at the time and proclaimed: From now on, Hovli Poyon was to be considered the lower estabe whereas the Ark was the Upper residence, the palace. Today conveniently located in the area of Gaukushon Madrassa which is on its way to become the new in-area between First and Second Cupola, just behind the Art Gallery, on your way to Ark. In 2011 was made restoration in Hovli Poyon and rebuilt ancient view of the house. There are 13 twin rooms ,2 triple, 6 double rooms and 1 single room in guest house Hovli Poyon. There is also courtyard and small fruit garden. Magnificient view opens to the Aywan of XIX century and garden from the windows. Our guest house is just unique place for the people who prefer silent and oriental lifestyle. Rooms are decorated in Bukhara style, using natural items (wood and ganch are used in decoration of rooms). 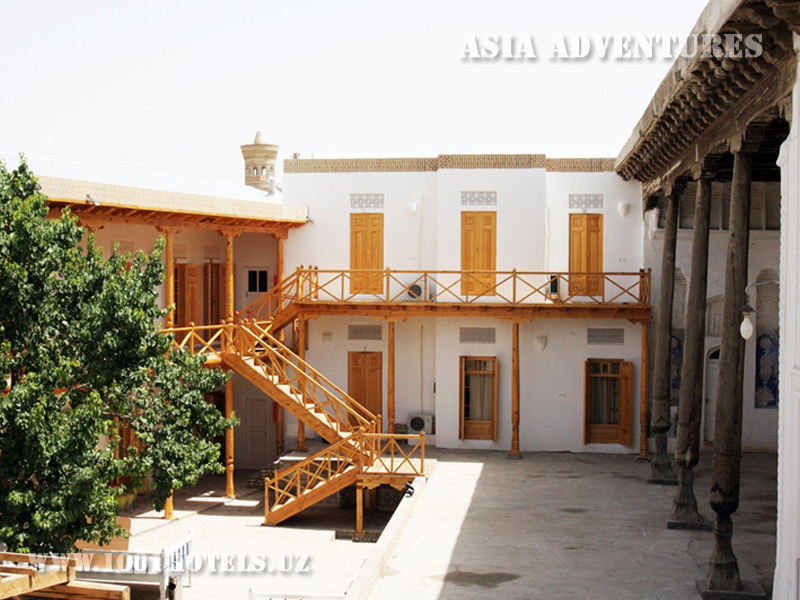 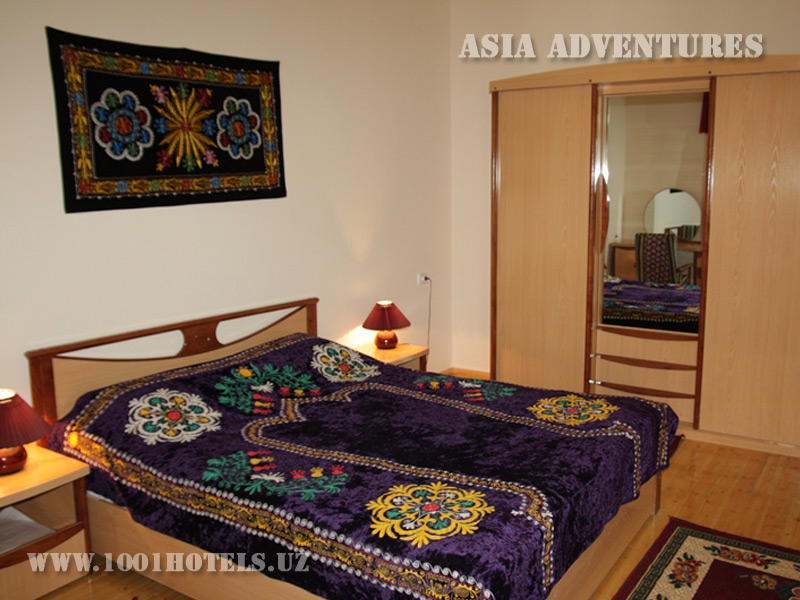 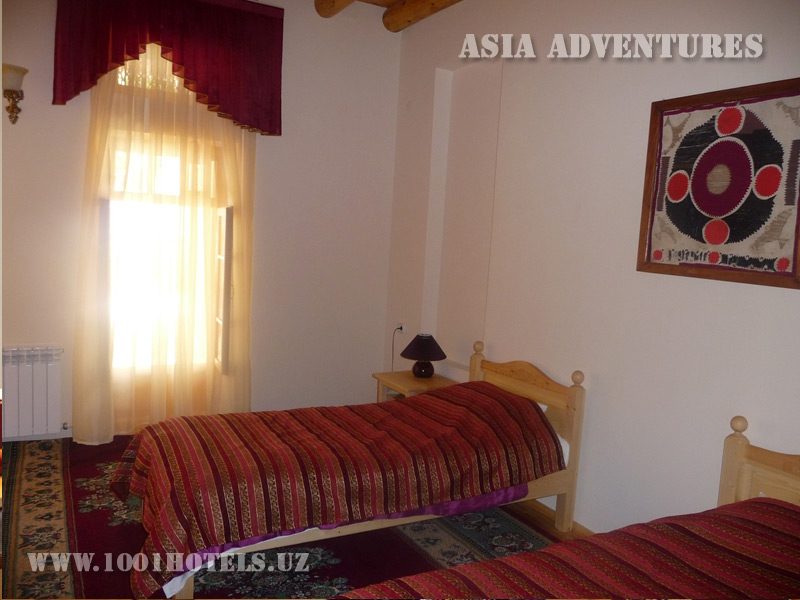 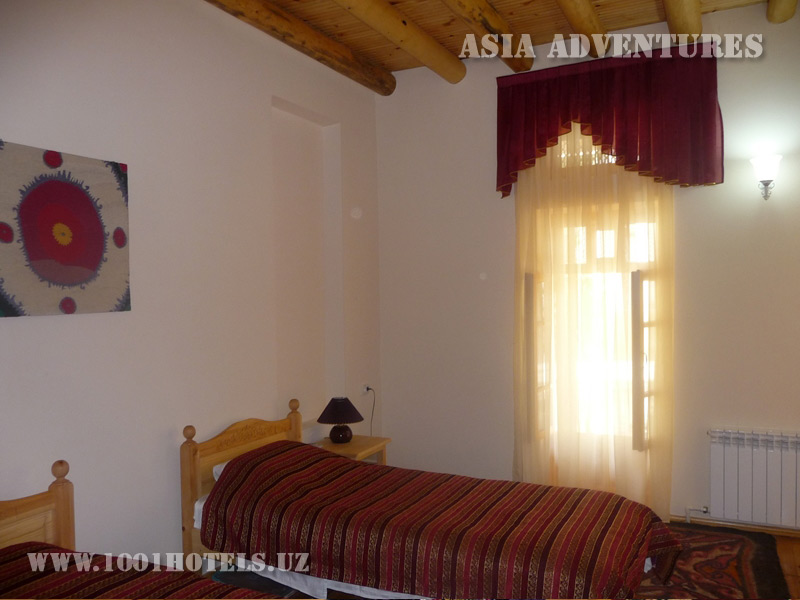 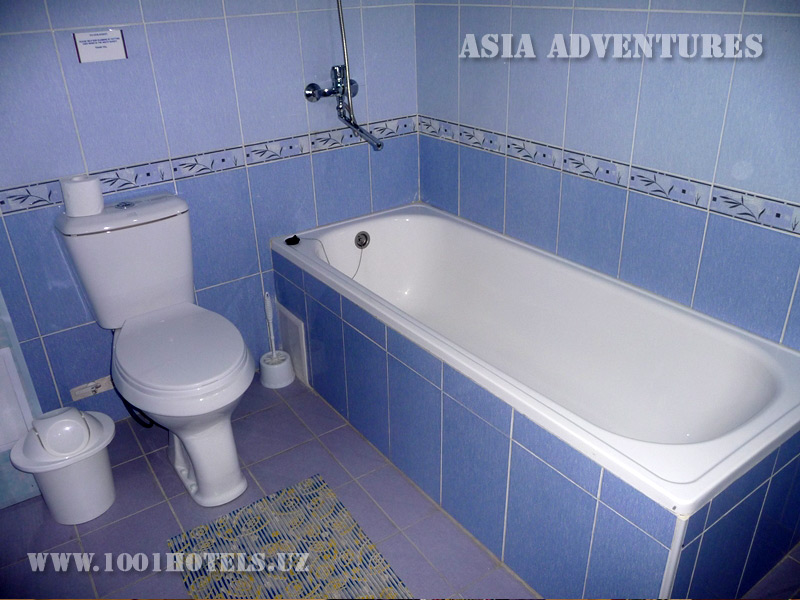 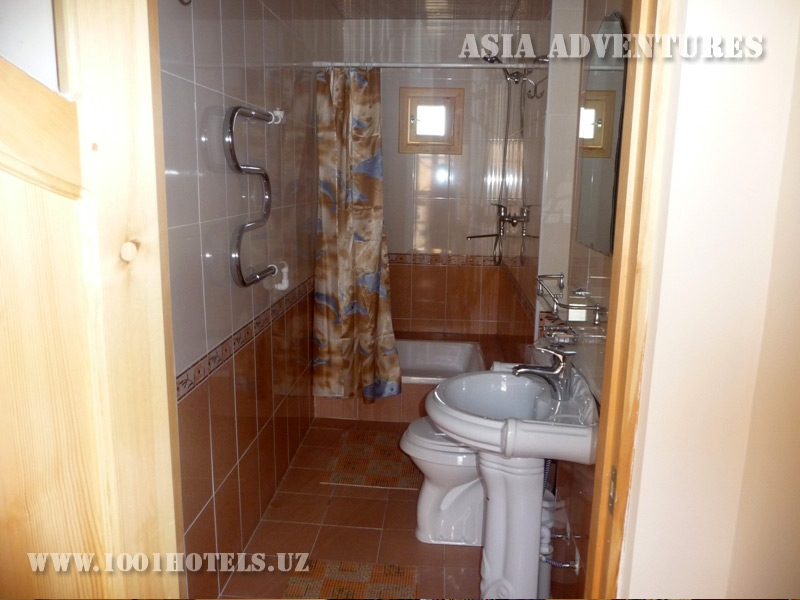 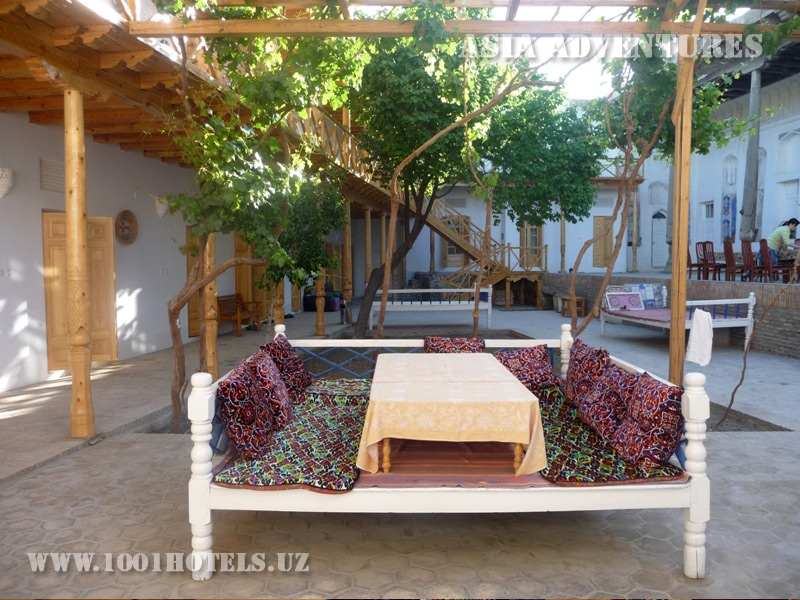 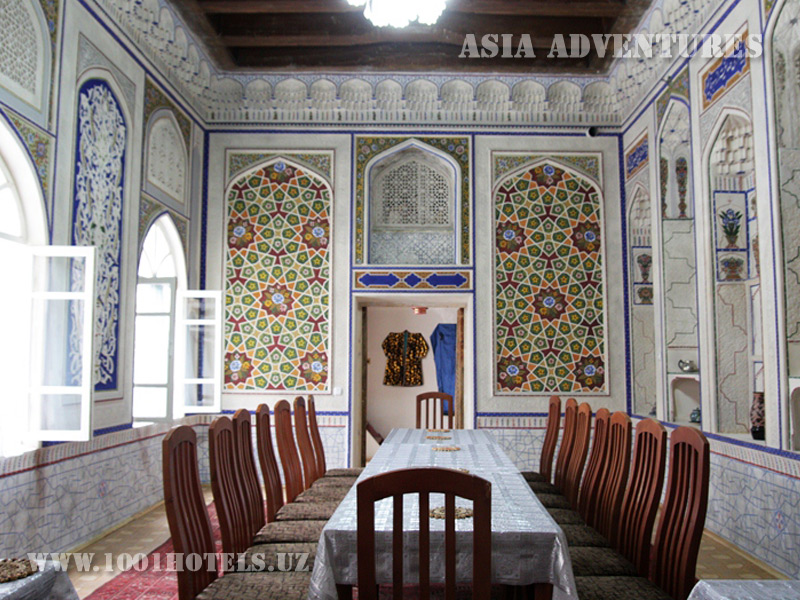 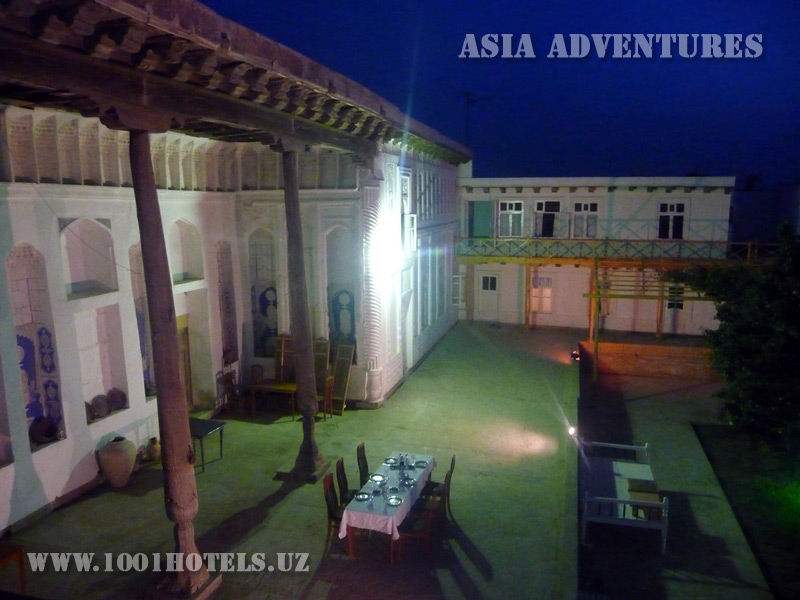 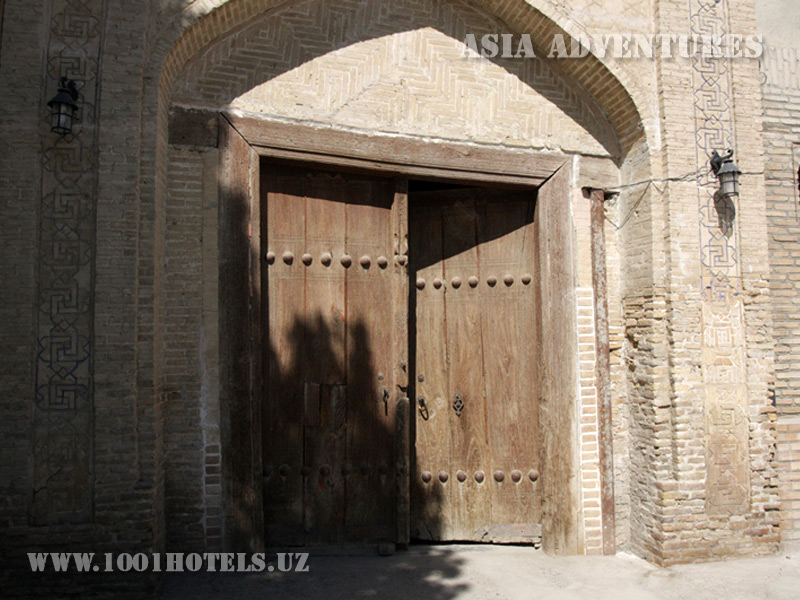 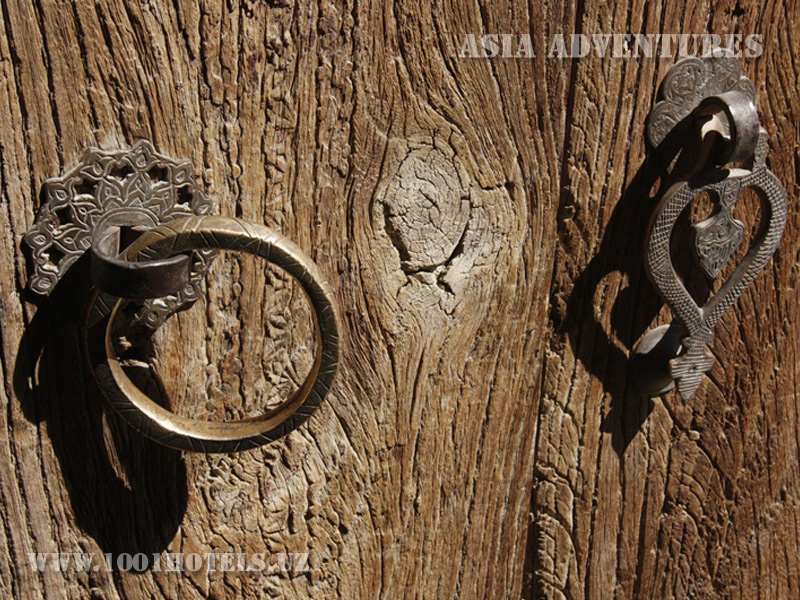 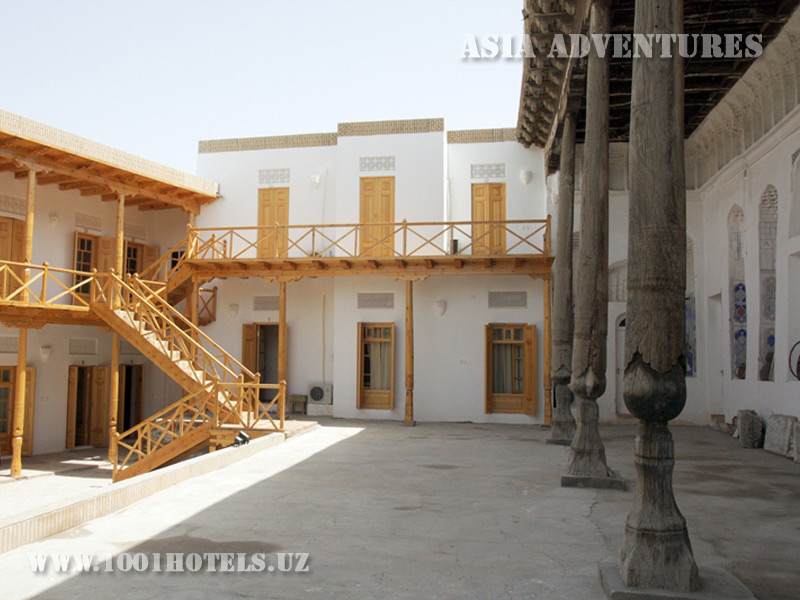