The Porso hotel has contributed to the number of mini-hotels of Bukhara quite recently. Having been opened in 2012 it got almost at once positive feedbacks from the tourists who came to Bukhara to enjoy the ancient monuments of the oriental Middle Ages.

The hotel is located in the heart of old Bukhara, 100m from the Lyabi Khauz complex with an old artificial basin dug by order of a Nadir Divan-Begi’s vasier (Advisor) at the beginning of the XVII century. Up to now, the complex near the basin is a key touristic object of Bukhara, passed by no touristic group by.

A two-storey hotel Porso was built in a style of old Bukhara merchant house, however, the inner decoration of the building made in a modern style. The hotel was named after a disciple of Bakhouddin Nakshbandi, famous eastern thinker and Sufi – Porso Khoja who continued the matter of his great teacher. The room fund of the Hotel consists of 12 cozy 1,2 and 3-person rooms, each of which is equipped with new comfortable furniture, air conditioner, separate bath-room, TV set and other conveniences. The hotel has a restaurant where you can enjoy dishes of local and European cuisines. 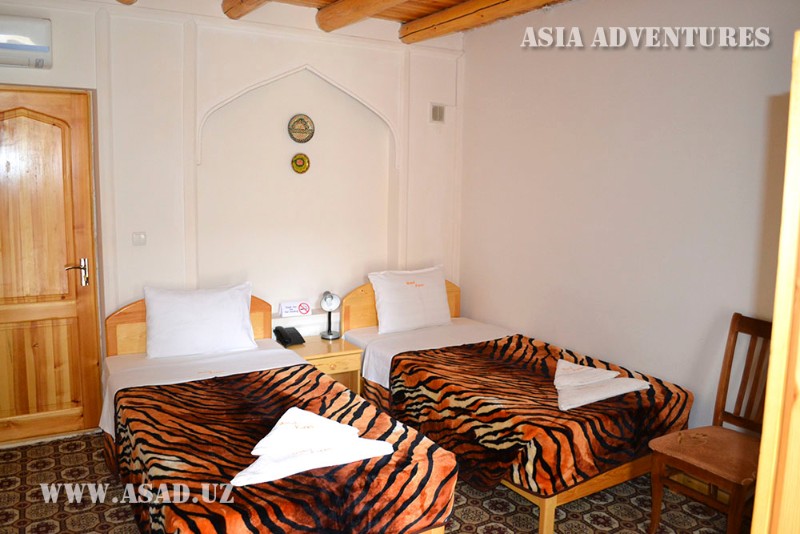 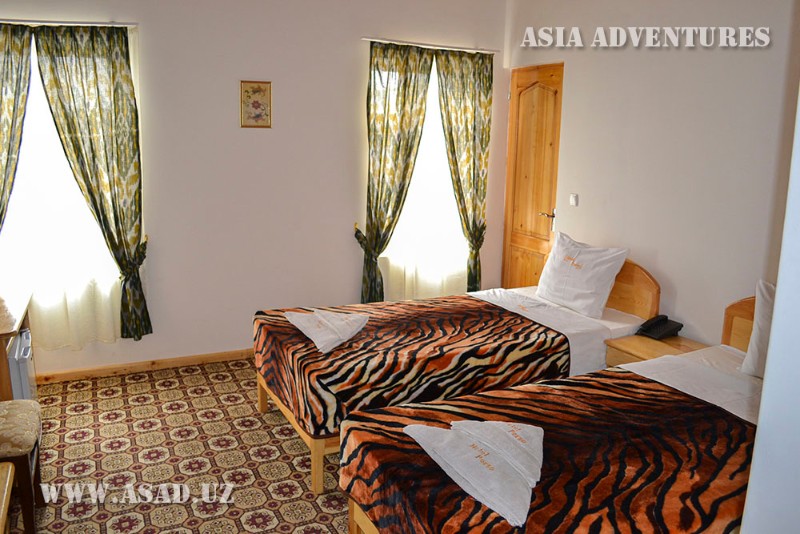 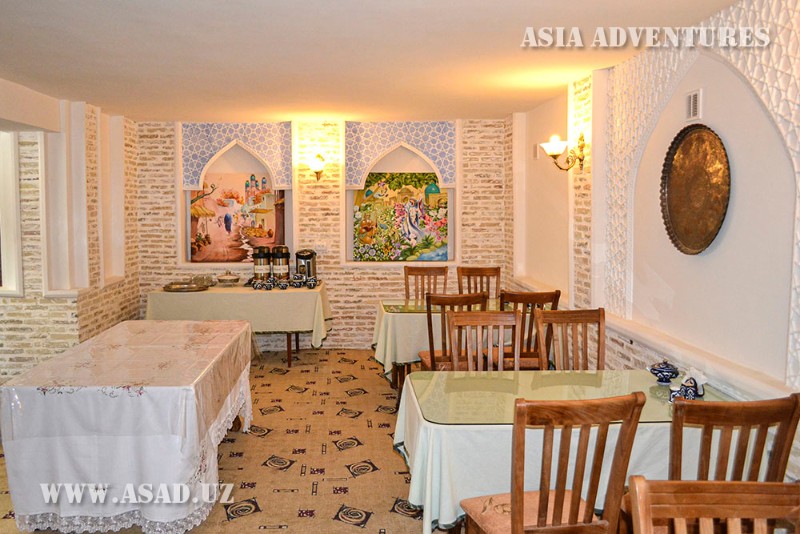 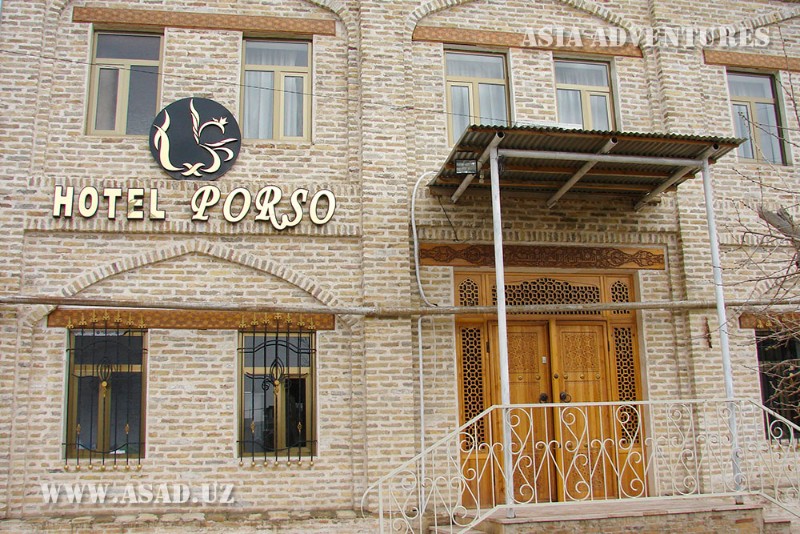 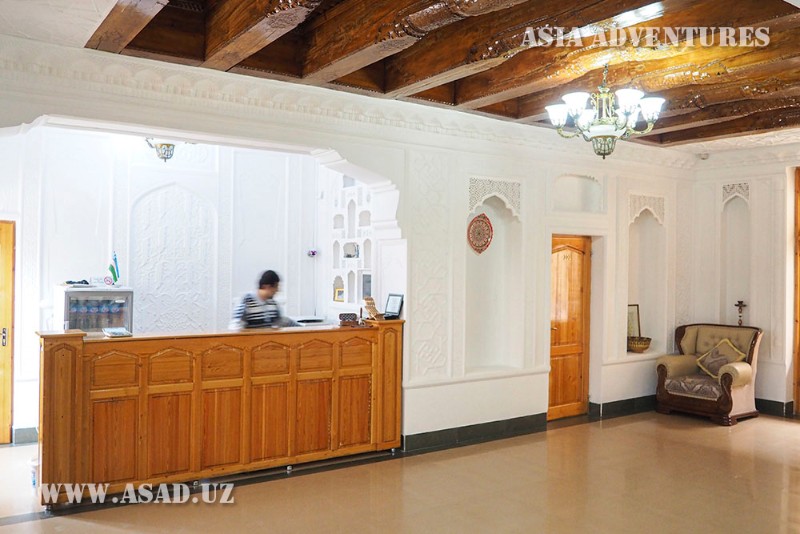 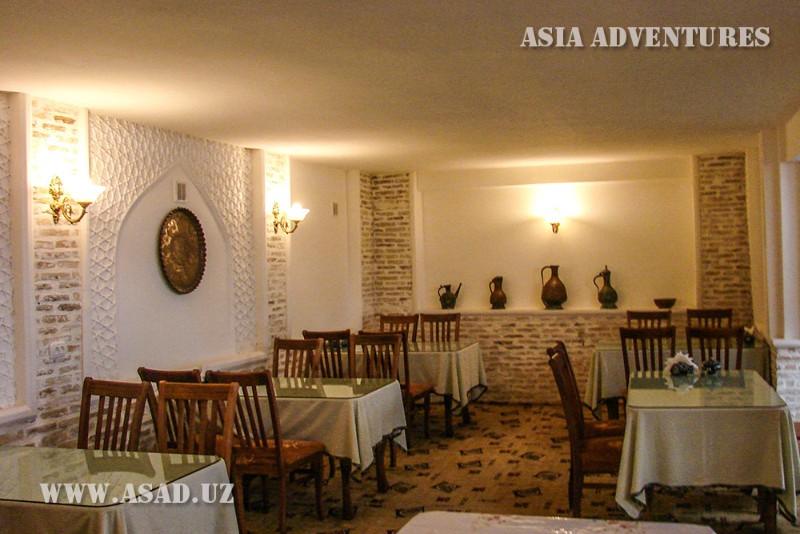 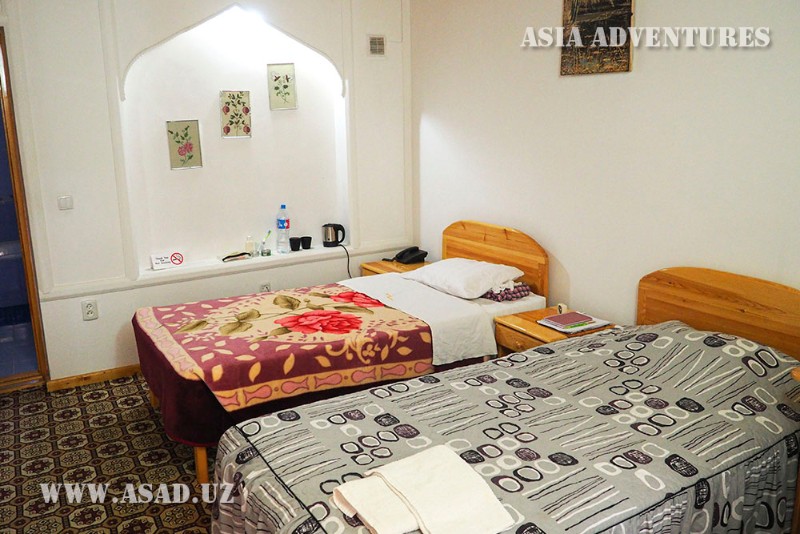 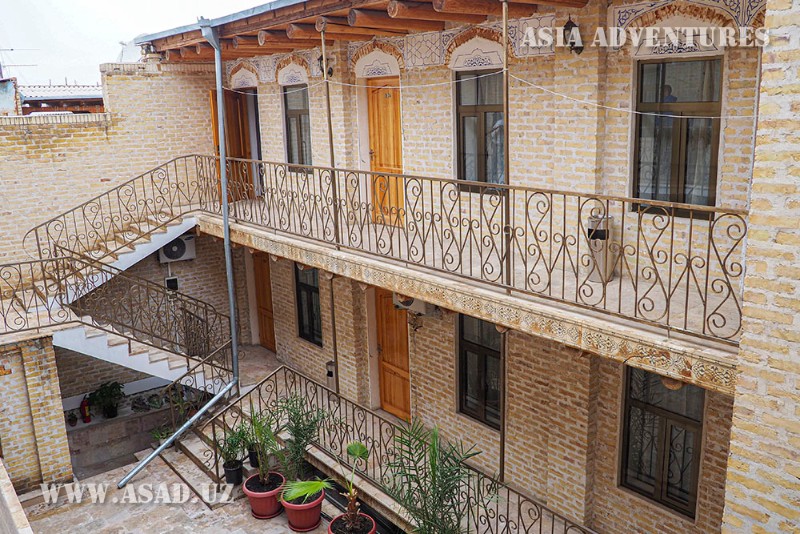