The architectural complex Poi Kalan is situated in the very centre of Bukhara. It is easy to find the complex as its main element, the Kalan minaret, towers above the city by almost 50 m and is visible practically from any spot in Bukhara. According to some sources, in the old times it was used as a landmark for caravans travelling across the desert around Bukhara.

As the city has not changed its geographic location over centuries and has only expanded its boundaries, the Poi Kalan complex remains today, a thousand years afterwards, the central part, the axis of Bukhara.

The construction of the first buildings of the complex started in 713, as the Arabs had come and begun to disseminate Islam in the region. Since then the complex has been many times destroyed and reconstructed, and only the minaret built in 1127 has withstood the test of time: it has survived earthquakes, fires and the Mongol invasion. This colossus is 46.5 m high, with a foundation going under the ground as deep as 10 m. The diameter of the minaret is 9 m at the base and 6 m at the top. Inside the tower there is a spiral staircase with 104 steps polished by millions of feet. Some of the people only climbed the steps, and then were thrown down from a landing on the top. In Bukhara criminals and unfaithful wives had been executed in such a way up to the late 19th century.

The minaret adjoins the early 16th-century Kalan mosque, which in size can be compared to the famous Bibi-Khanum in Samarkand. This mosque also has a large court surrounded by khujras (rooms). In the far end of the court there is the portal of the mosque’s main hall, above which a massive blue dome rises on a drum decorated with mosaics. The rest of the mosque is a gallery with 288 domes supported by 208 columns.

The Mir-i Arab madrasah is the third and last element in the Poi Kalan complex. Today the madrasah continues to serve its direct purpose: lectures in subjects associated with the Islamic religion are delivered there. Built in 1536, it was used both as an educational institution and as a mausoleum: Ubaydulla-khan, who had financed the construction of the Mir-i Arab madrasah and worked out its design, was buried in the building.

Like the Registan square in Samarkand, the Poi Kalan is the central place of historic Bukhara serving as a starting point for most of the city tours. The first Muslims of Bukhara used to come there for their Friday prayers, but gradually the number of mosques in the city grew. However, the place remained central in the city’s life and justly bore its name, Poi Kalan, which is translated as ‘The foot of the great’... 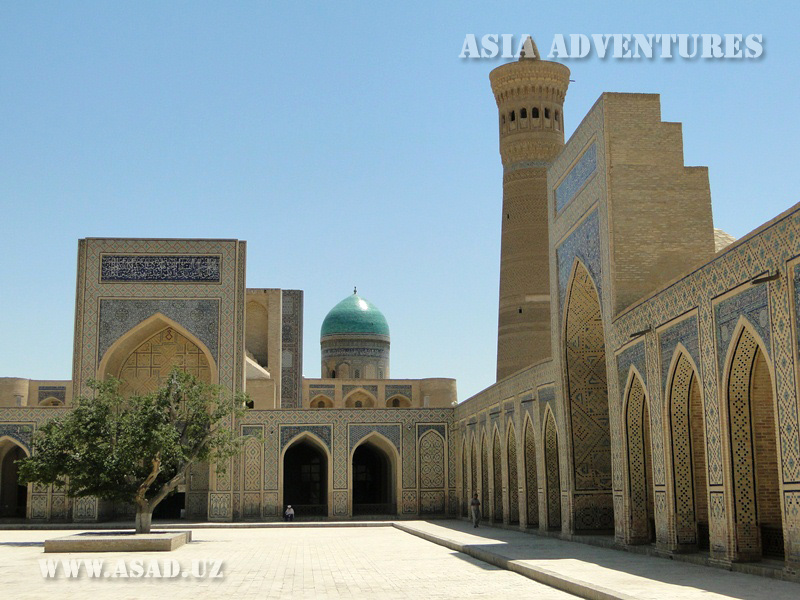 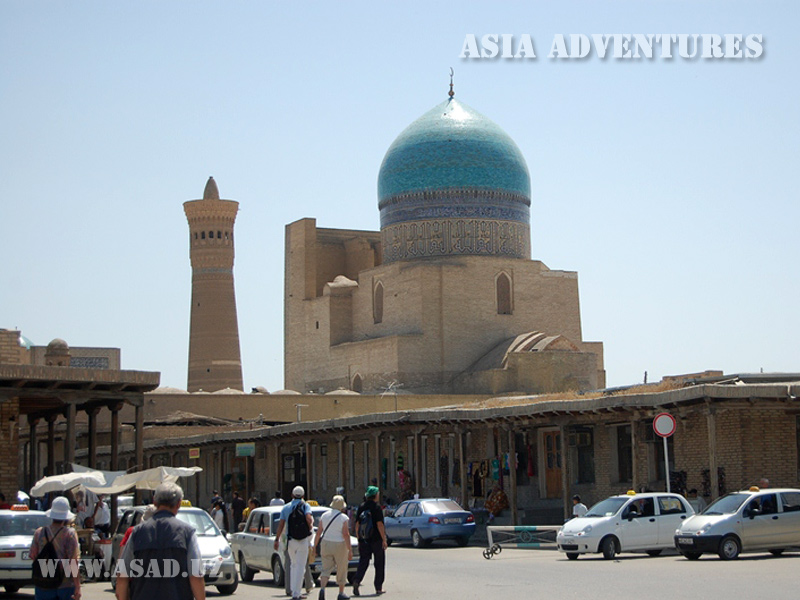 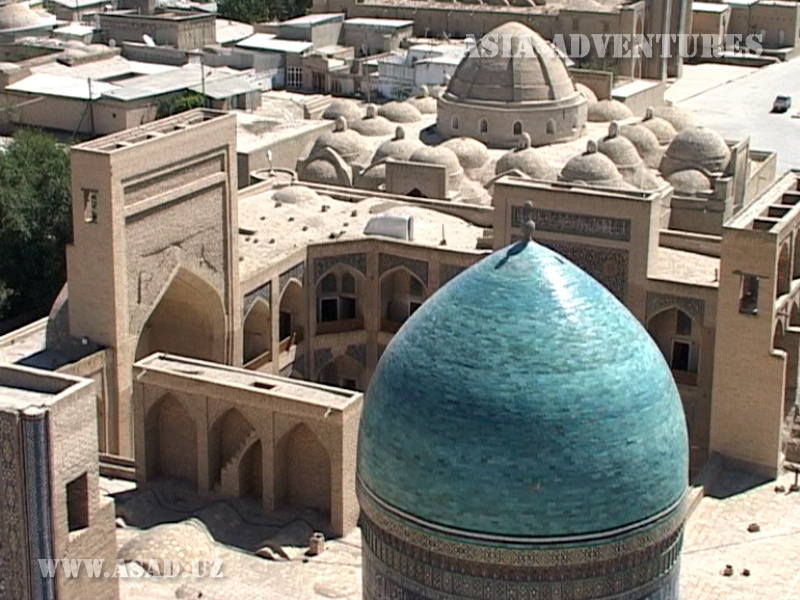