Since the 15th century the Nakshbandia fraternity was one of the most popular Sufi orders in the world. The fraternity denied ostentatious asceticism and were actively engaged in economic life. Nakshbandi did not call upon his followers to become hermits, but on the contrary, wanted them to be industrious farmers, craftsmen, tradesmen and politicians. The order got along well with the official Islam. At the same time it had a negative attitude to forty-day fasts, wandering, public rituals (sama) with music and dances, and loud zikr. The Nakshbandia doctrine treated badly living at the expense of another person. Nakshbandi’s followers considered that only those means which were obtained through labour, ‘by the sweat of one’s brow’, were right and pure (halol). This rule was the foundation of Nakshbandi"s doctrine. His famous motto ‘Dil ba Yoru, dast ba kor!’ (Heart to God, hands to labour!) is still popular among people. His simple and accessible philosophy was widely recognised in the Islamic world and is still very popular.

The complex consists of a madrasah, two mosques and a minaret. The Baha ad-din Nakshbandi ensemble was a combination of a mausoleum and a ritual construction, which was very characteristic of the 16th century. In 1544 khan Abd al-Aziz I built an overground burial vault, dahma, and enclosed it in fretted marble railings. A khanqah was constructed at some distance to become the largest of the buildings of this type known today (42.5 x 38 m). Other interesting constructions in the complex are the painted mosques of Muzaffar-khan (1530s) and Khakim Kushbegi and a beautiful four-arch chortak (sakohona). In front of the Khakim Kushbegi mosque there is a minaret and a small madrasah. The sakohona (translates as ‘place giving water’) deserves special attention. Normally sakohona is a small building, niche or simply ledge with a tap, fountain or jug, which are usually placed behind an iron grate. Passers-by can quench their thirst there and also ask the place to make their good wishes come true in exchange for a small present. Next to the complex, in the territory of a large cemetery, there is the Dahmai Shohon (Rulers’ Necropolis) containing the remains of many well-known citizens and some rulers from the Timurid, Sheybanid, Ashtarkhanid and Mangyt dynasties.

The last and, probably, the most important element of the complex is the trunk of an ancient ritual mulberry tree. There is a belief that those who have crawled three times under the tree will be given absolution for their sins, and sterile women will be able to bear a child. 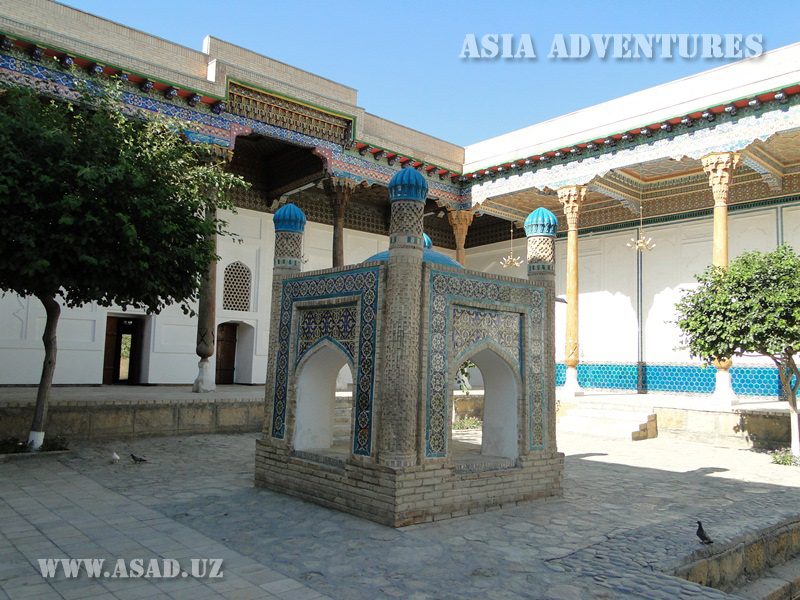 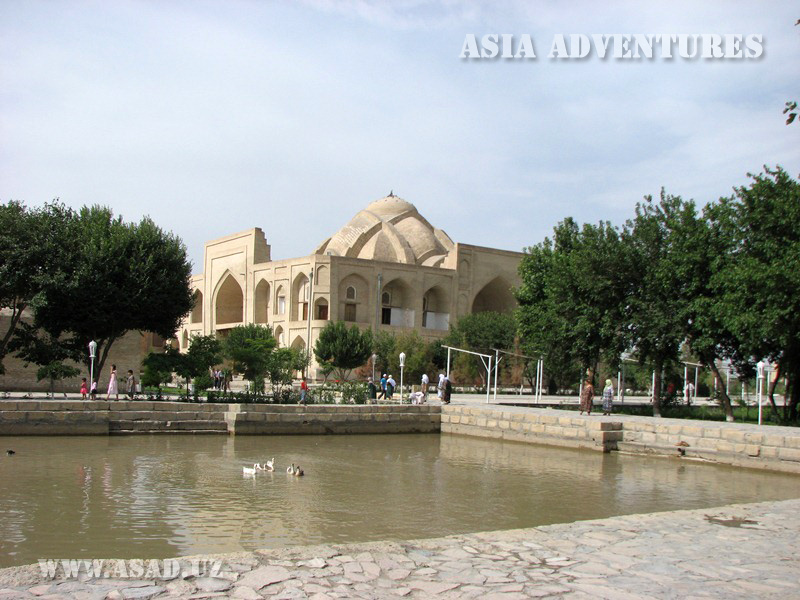 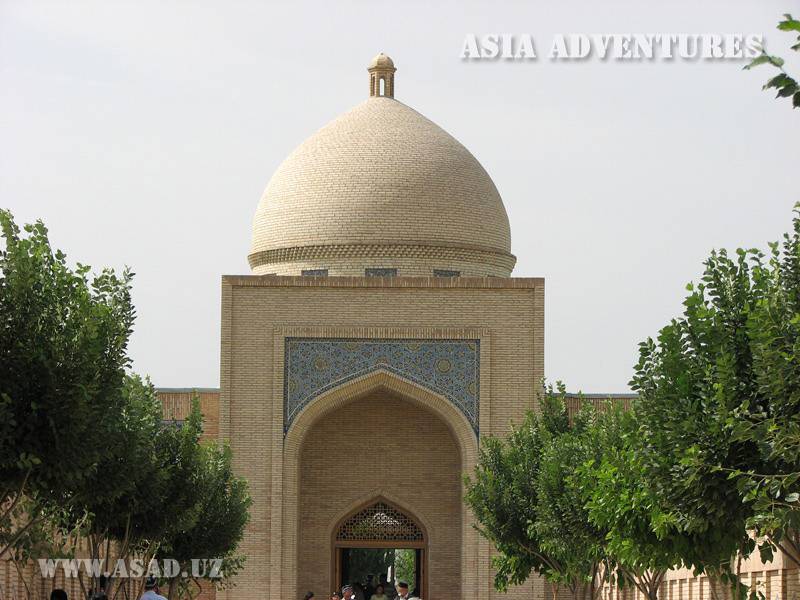 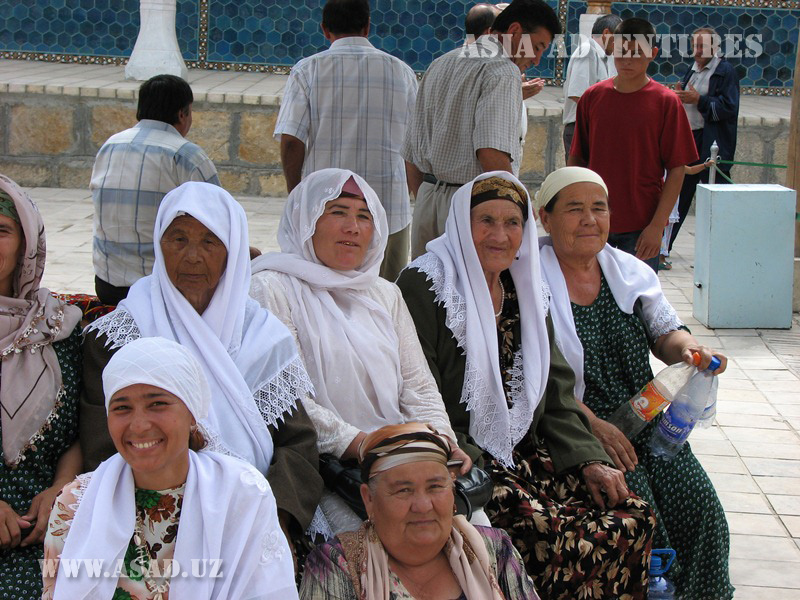 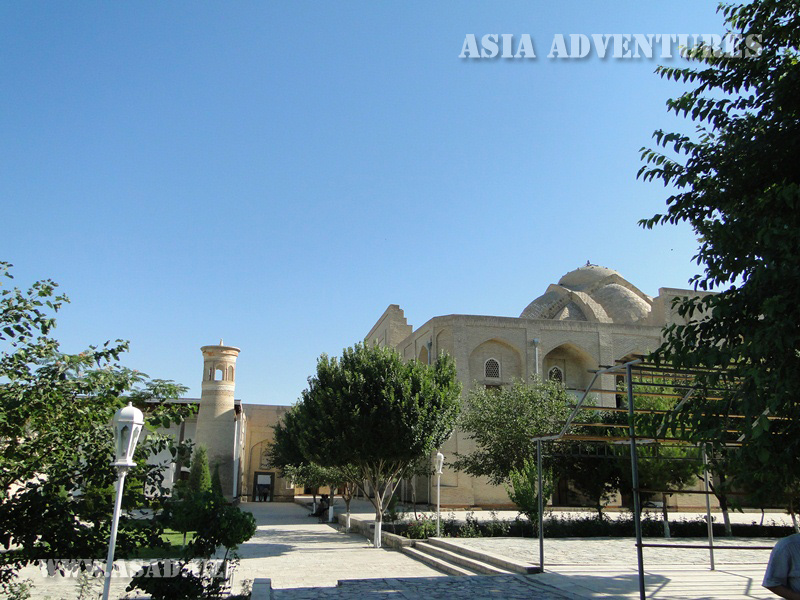 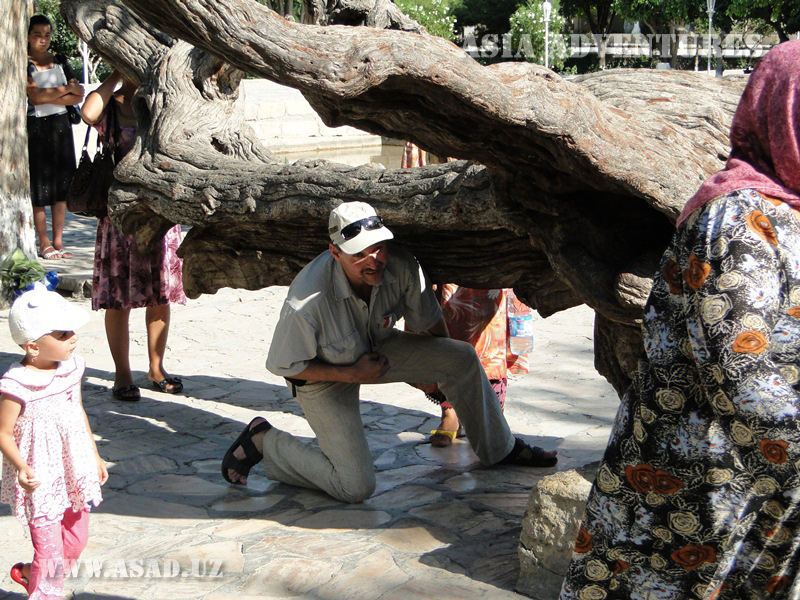 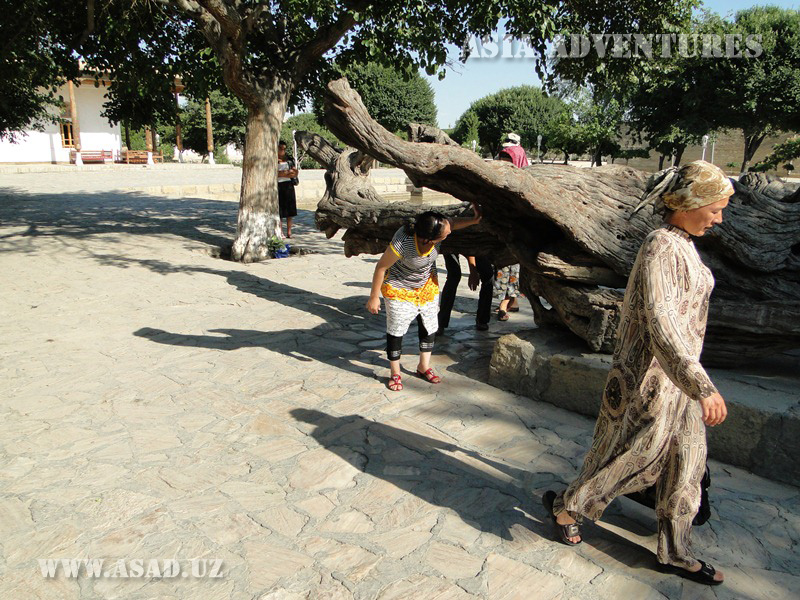 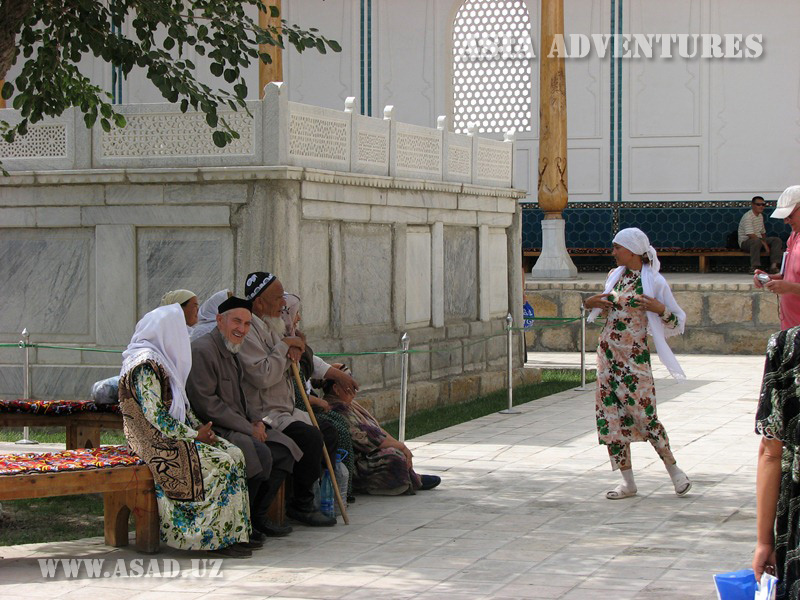 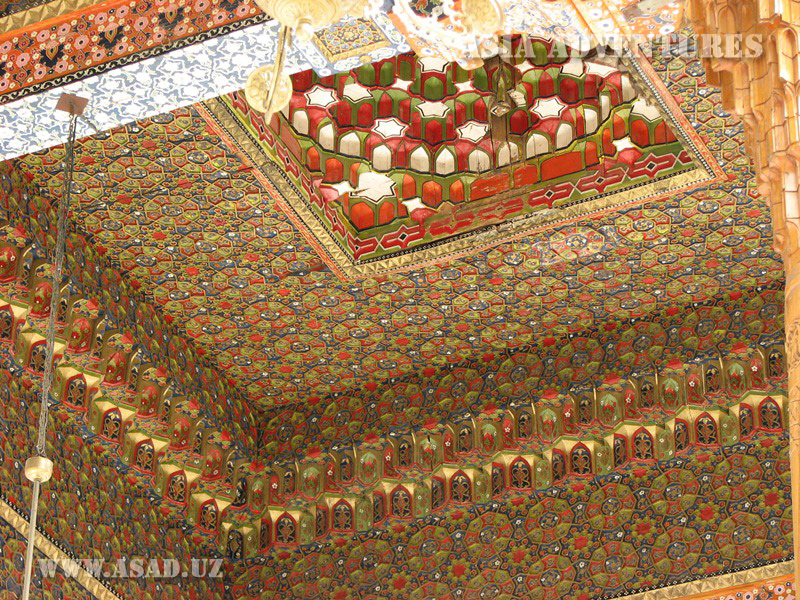