The Samanids mausoleum (9th-10th century) is the tomb of the Samanid dynasty, which used to rule Bukhara in the Middle Ages. A unique sample of the early medieval architecture, the mausoleum is one of the oldest monuments in Bukhara and Central Asia that have reached our days in a good state of preservation. Specialists hold the construction in high esteem as one of the Central Asian masterpieces and a true gem in the world’s architecture. The mausoleum was constructed between 892 and 943 by the order of Persian ruler Ismail Samani, the founder of the huge Samanid Empire, which covered the territories of contemporary Iran, Afghanistan, Uzbekistan, Turkmenistan and Tajikistan. The ruler built the monument for his father Ahmed ibn Asad. Later, Ismail Samani himself and his grandson Nasr II ibn Ahmad were buried in the mausoleum. By the early 20th century the construction had almost completely been concealed under an occupation layer.

Structurally, the mausoleum is almost a regular cube with edges just below 10 m long covered with a spherical dome. The walls of the construction are 2 m thick and are composed of baked bricks. All the four sides of the building are identical. On the central axis of each side there is a large lancet arch. Both the exterior and interior of the mausoleum are quite plain; however, the bricks are laid in such a way as to make up intricate patterns. The upper portion of the construction is encircled by a gallery of small lancet windows, which make the whole structure look light and somewhat elastic and create unusual illumination inside. Combining harmoniously the pre-Islamic and Arab cultures, this splendid monument symbolises the recovery of the regional architecture after the Arab conquest.

The mausoleum is located in the very heart of Bukhara, in the city park, which is a place for the celebration of holidays and festivals and for the organisation of public shows. 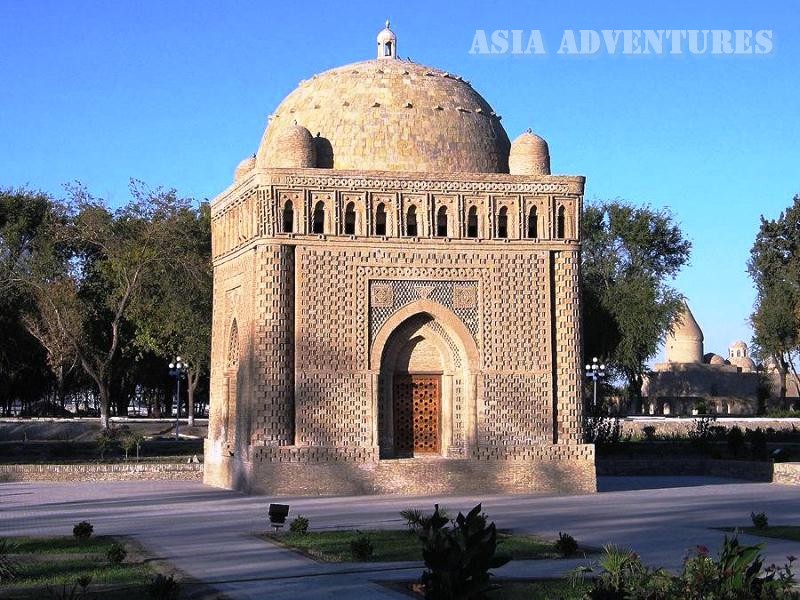 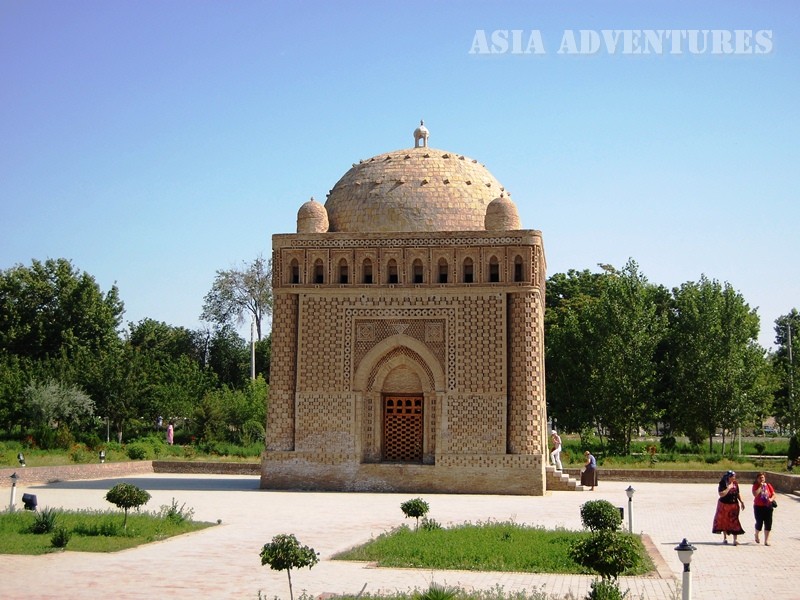 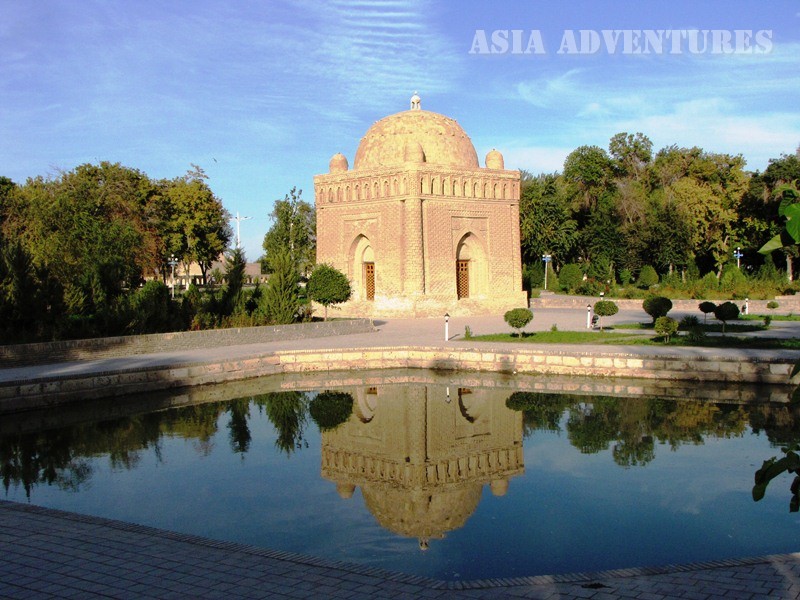 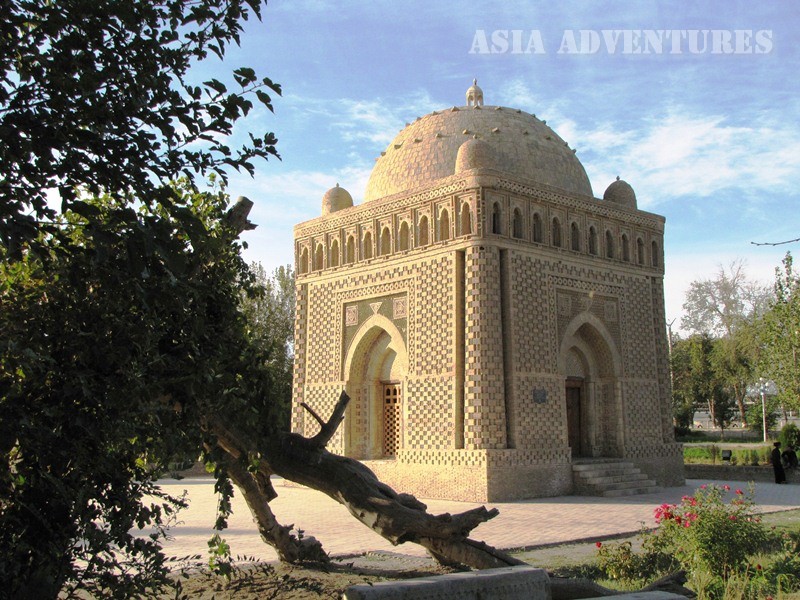 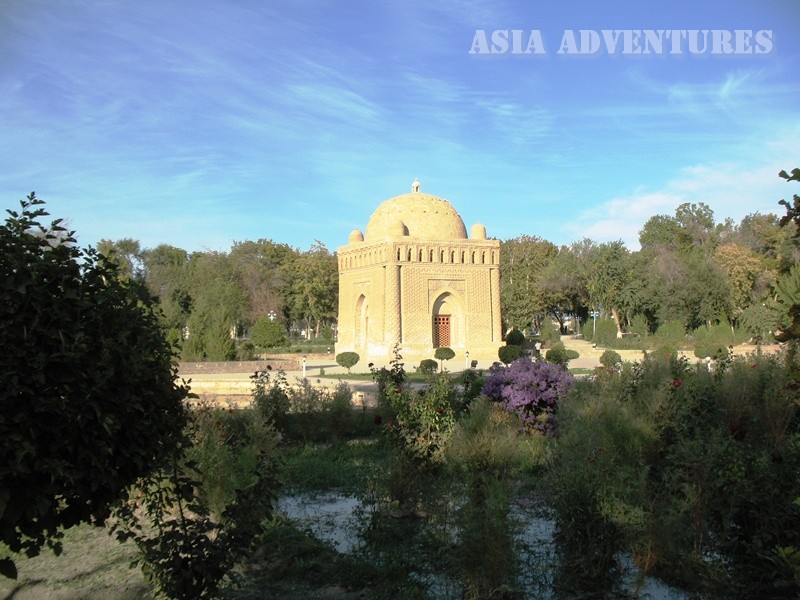 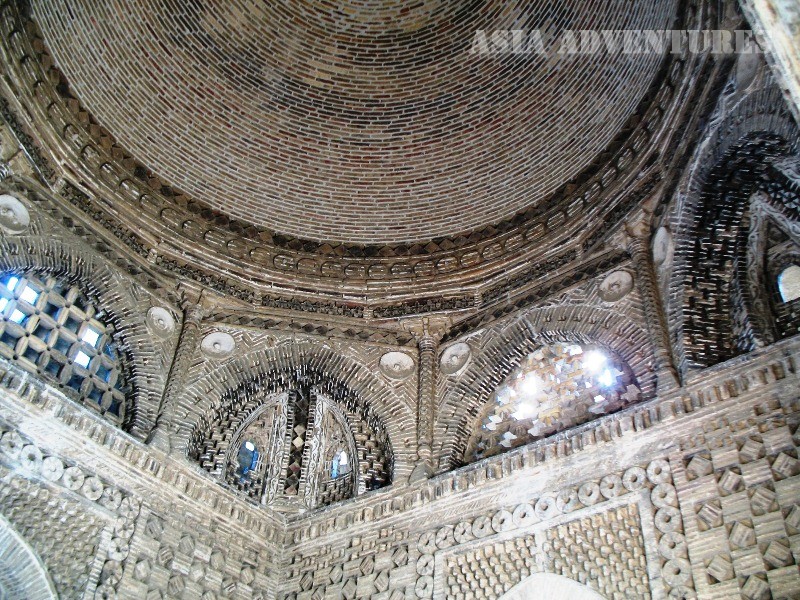 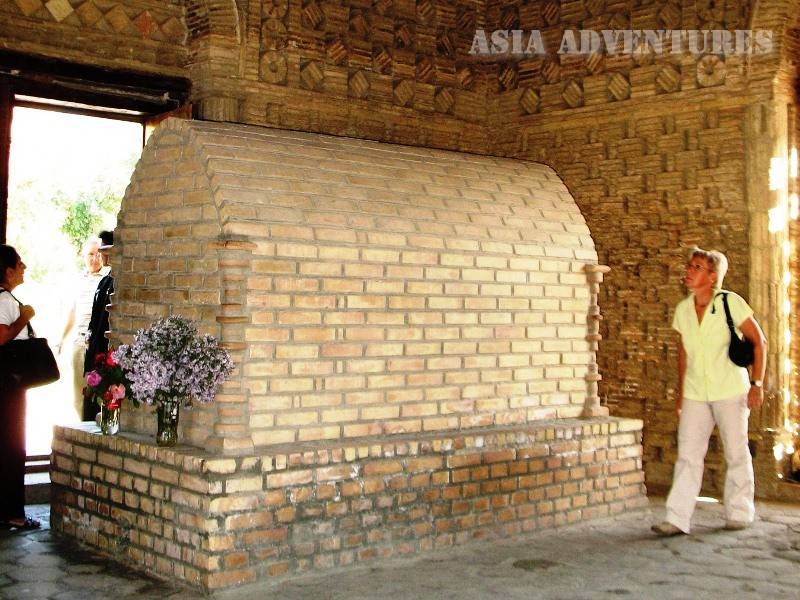 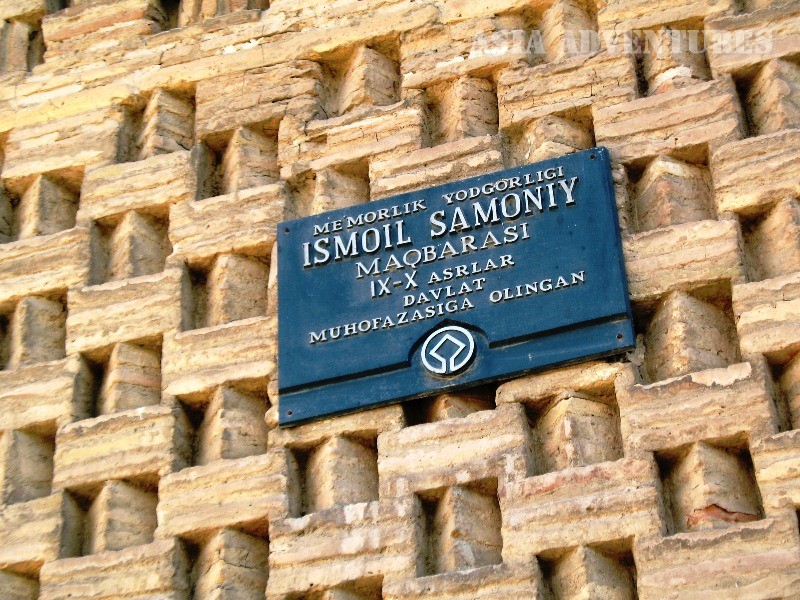