The Hissar Cave is situated on the karst plateau Kyzyl-Shavar on the Hissar Range (Yakkabag District, Kashkadarya province, Uzbekistan) at an elevation of 3,530 m above sea level.

The Hissar Cave was discovered in the course of a joint expedition organised by the Ternopol and Kiev speleological clubs in 1981 and received the code T21. The cave can be entered through a little hole in the thalweg of a seasonal brook in the central part of the plateau. The cave begins with a cascade of ice-clad vertical shafts continuing to a depth of 60 m, which then pass into a system of sloping meanders. In August 1982 an expedition of 13 speleologists from the Kiev speleological club ‘Podolye’ (leader – V. Lobarev) discovered a continuation of the cave: passage ‘Massage’ (A. Grachev, O. Zhuravleva), behind it narrow pit ‘Lope de Vega’ (V. Lobarev, A. Grachev, S. Kersnovsky) and, finally, ‘The Bottom’ (A. Grachev) at a depth of 150 m below the ground level. The part of the cave that was discovered first features numerous beautiful ice figures, stalactites and stalagmites; the bottoms of the meanders are covered with thick ice coatings.

In 2011 an expedition from the Chertkov speleological club ‘Kristall’ (Ternopol, Chernovtsy) found a narrow passage in a wall, which led to the bottom of a meander. The meander stretches 370 m northeastward descending by more than 70 vertical metres. For the first 100 m the passage is a meandering gallery with a frozen subterranean river with icefalls and ice formations of various forms. Then come several large depressions with springs, where a brook starts. About 100 m further there is ‘The Pit of Rumbling Stones’, a large vertical shaft 98 m deep. On the bottom of the pit the brook transforms into a steady little stream. The gallery does not end in the pit but continues in the same direction, its character changing completely, however. There it has the form of an old passage with sinter of various kinds, from white to dark brown in colour: stalactites, stalagmites, cave pearls and other. In this section there are three more pits – ‘Sweet Doggy’ 27 m deep, ‘The Blocked Pit’ 10 m deep and an old pit named ‘Chocolate’ 80 m in depth.

In the last days of the expedition the branches of the main meander were examined, which resulted in a discovery of a 45-metre pit and several upward-going shafts from 20 m to 35 m high. The cave was not explored further as the expedition term had ended.

The temperature inside the cave is not very different from that in the other cavities of the plateau, being 0 °С in the icy parts and 1.5 °С in the meanders with the brook. According to the new research data, the depth of the Hissar Cave is 204 m, the length of the newly discovered section of the cave, which was carefully explored and mapped, 801 m (+ 357 m of the old section), and the total length of the cave, taking into account all the data from previous studies, 1,761 m.

Based on the materials of speleological club ‘Kristall’, Chertkov, Ukraine. (Anastasiya Sachko) 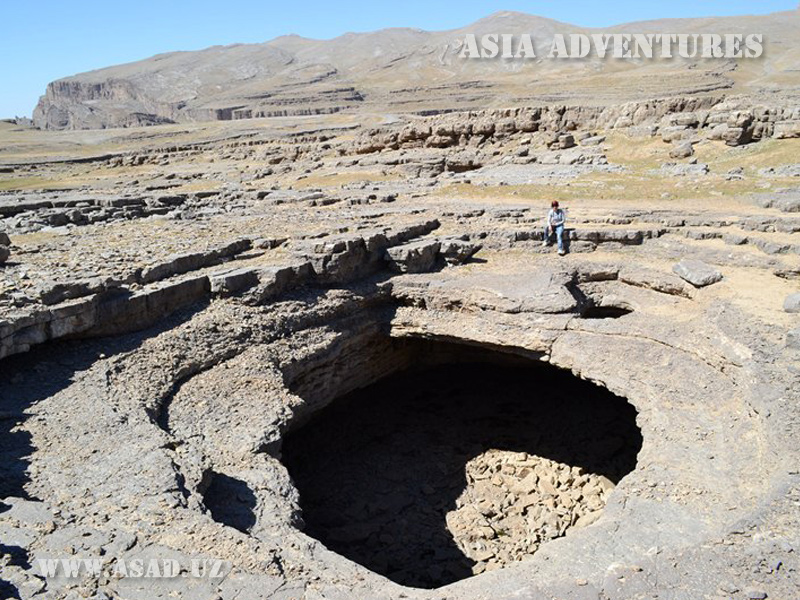 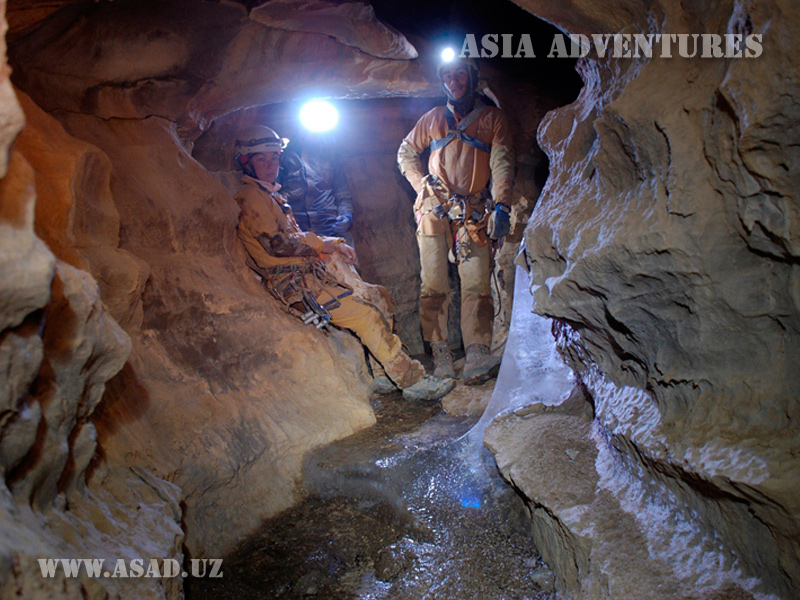 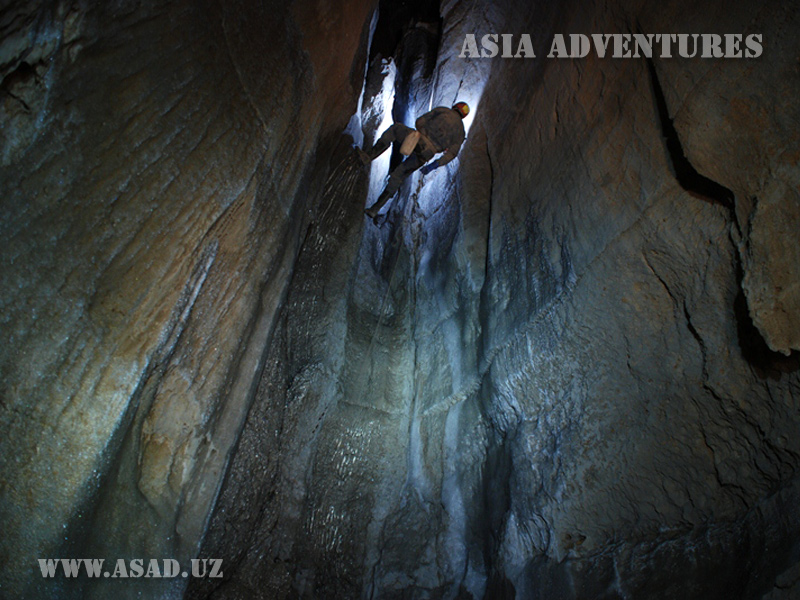 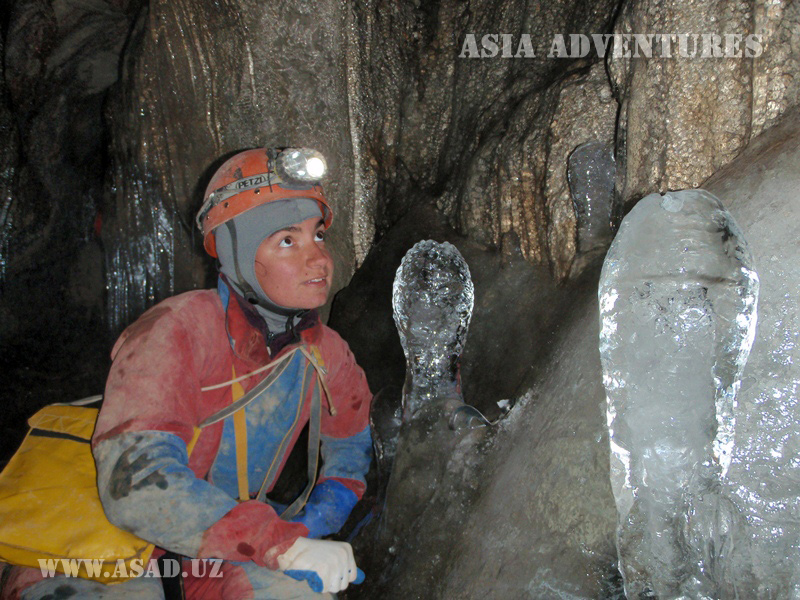 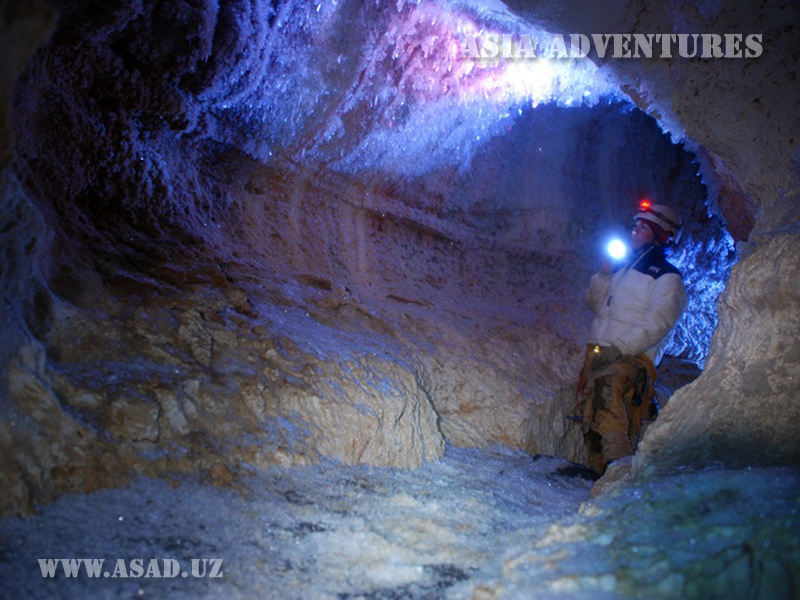 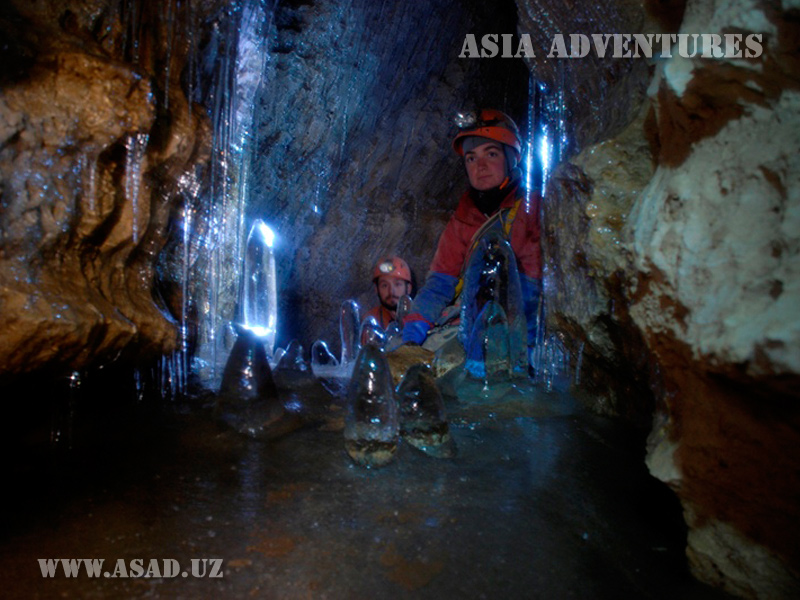 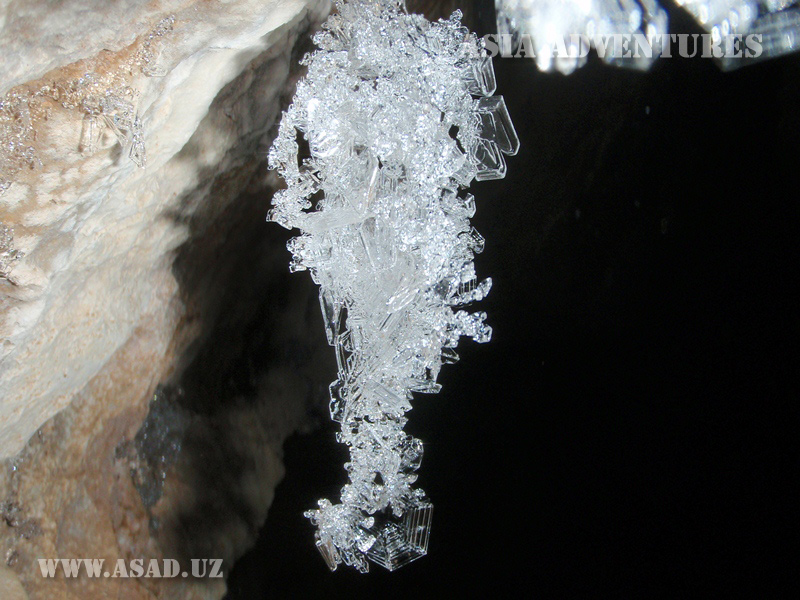 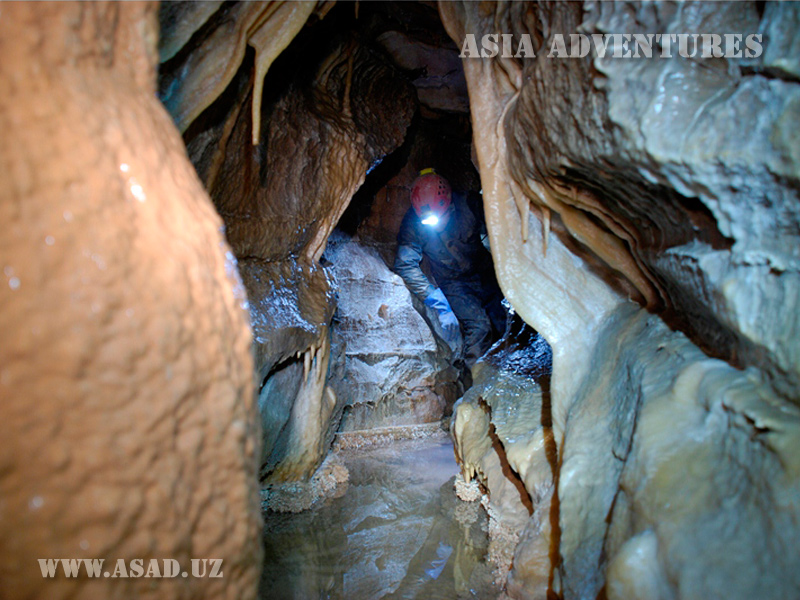 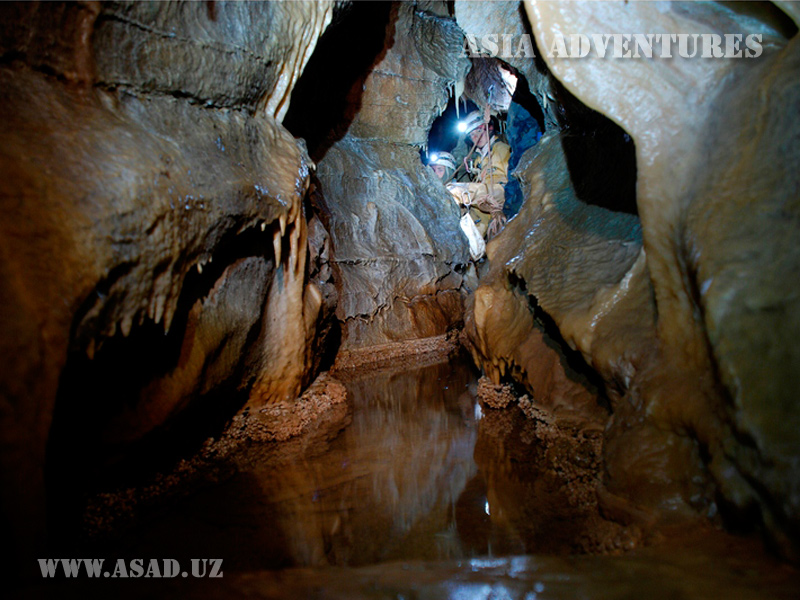 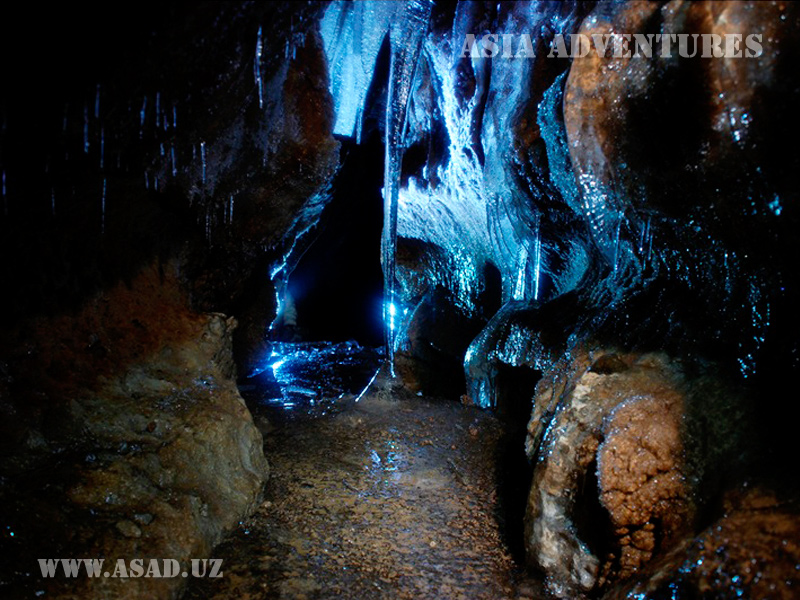 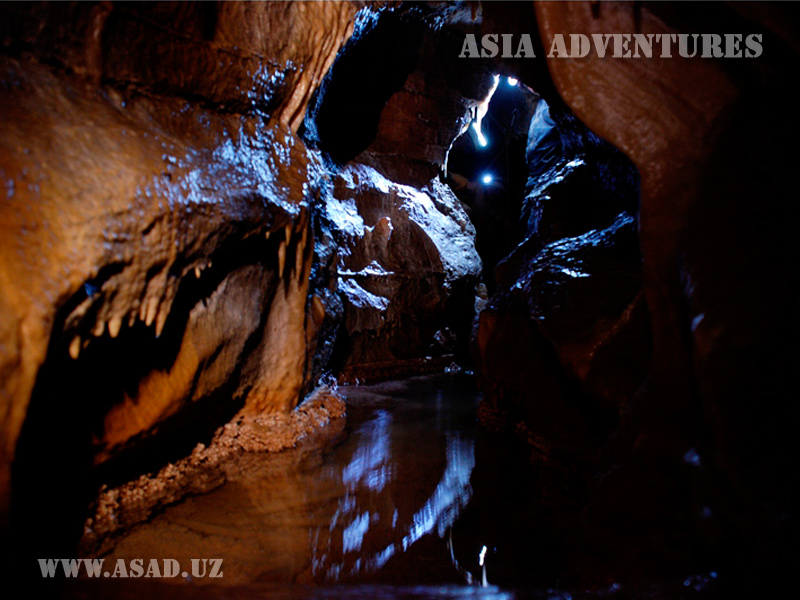