Namangan is a large city in the northern part of the Fergana Valley, 300 km from Tashkent, and the administrative centre of Namangan province. Namangan with a population of about 500,000 people ranks as the third largest city in Uzbekistan after Tashkent and Samarkand. The city's name translates from Uzbek as ‘salt mine.’ For the first time the city was mentioned in Babur’s memoirs (Baburnama); however, according to archaeological data, the first settlement sprang up on the site in the 1st century BC. By the 17th century the village had grown into a city, which soon became the administrative centre of the northern area of the Fergana Valley. On 26 September 1875 General Skobelev crossed the Syrdarya, captured the city and included it in the Russian Empire. During the Soviet period (1917-1991) and the years of independence (since 1991) Namangan has turned into a large modern city, one of Uzbekistan’s main industrial and cultural centres.

The Mullo-Kyrgyz Madrasah located in the very heart of the city was built in the early 20th century. The madrasah was constructed of rectangular baked bricks. The architect decided to deviate from the building standards accepted at the time and made a construction in the form of an irregular pentagon surrounded with khujras (small cells for students) two storeys high. The adjacently arranged mosque and darskhonas (classrooms) covered with domes break the symmetry of the main façade with an entrance in the form of a domed portal and two-storied wings with khujras. The lantern of a small minaret can be seen in the far end of the court. The portal is decorated with mosaics of blue, green, yellow and white tiles. The broad frieze of the mosque and darskhona contains monumental inscriptions made in relief from baked bricks. The total area of the madrasah consisting of 43 khujras and having 3 large domes is 600 sq m.

The Ota-Valikon-Tura Mosque is located in the same street as the Mullo-Kyrgyz Madrasah. Constructed in the early 20th century, the building is rectangular in plan (27 m х 19.6 m) and features a small entrance portal with turrets. The mosque is quite original in structure. The central hall roofed with a relatively large ribbed dome (13.9 m in diameter) is surrounded on three sides with low vaulted galleries. The dome rests on arches supported by round brick pillars. The arches form a square and the walls of the building form an octagon with one pillar in each of its corners. The blue mosaic belts on the joints of the structure make the spacious room yet more beautiful. Outside the cylindrical drum is decorated with monumental inscriptions placed between latticed windows. The entrance gates are decorated with deep fretwork consisting of a starry pattern inscribed in a twining plant ornament.

The Khojamny-Kabry mausoleum is Namangan’s oldest monument constructed in the 18th century by famous architect Muhammad Ibragim. Initially the mausoleum comprised a funeral mosque and graves to the south of it. Later a mosque, iwan, khanqah and madrasah were added to the complex; currently they are in a poor state of preservation. The mausoleum is decorated with a fanciful pattern of terracotta faced with many-coloured glaze. The interlacing geometric patterns on the portal are interspersed with five-petal rosettes with large flowers. The arch’s abutments rest on columns faced with green tiles. The orange-red conic capitals are ornamented with bas-relief designs. Cylindrical turrets glazed with orange and green rise from the corners of the portal. The amply decorated main façade contrasts with the other sides of the building, which are undecorated and present nothing but bare brickwork.

Visiting Namangan, be sure to come to the central park – the citizens’ favourite place of recreation. The Namangan park was founded in 1884 and initially was the garden of the district’s governor. In 1938 the park was named after great Russian poet Alexander Pushkin, and since the early days of the country’s independence the park has borne the name of great Babur. The park with an area of 14 ha is located in the very core of Namangan, with 12 streets leading to it from all directions.

You can also visit the Namangan National Museum of History and an exotic local bazaar. The bazaar attracts people from all over Namangan province.

Since ancient times Namangan and nearby towns and cities, such as Chust, Pap and others, have been known as craft centres inhabited by potters, weavers, braziers, blacksmiths, dyers, jewellers, cloth printers, shoemakers and people of other trades. The area is characterised by highly developed horticulture and silkworm breeding; formerly the region used to trade with China, Bukhara and the neighbouring nomadic tribes.

The ruins of the ancient city of Akhsikent, which was the capital of the Fergana Valley between the 10th and 13th centuries, can be found close to Namangan. The Chartak Spa Resort with bromine-iodine springs is also located near Namangan, in the Chartaksay River Valley, while the Padshaatsay River meandering between the spurs of the Chatkal Range features a great number of resorts and sanatoria on its banks.

Tourists will also like trips to the city of Chust and the valley of the mountain river Gava. Chust has long been famous for its artisans and schools of applied art. Chust skullcaps with original embroidered designs are popular far beyond the region’s boundaries. Over 500 thousand traditional knives and daggers are produced annually in Chust.

The village of Chadak in the Chadak River valley is another interesting place in the vicinity of Namangan. It is a traditional Uzbek village boasting particularly sweet apricots and delicious walnuts. The orchards begin in the village and extend high into the mountains. 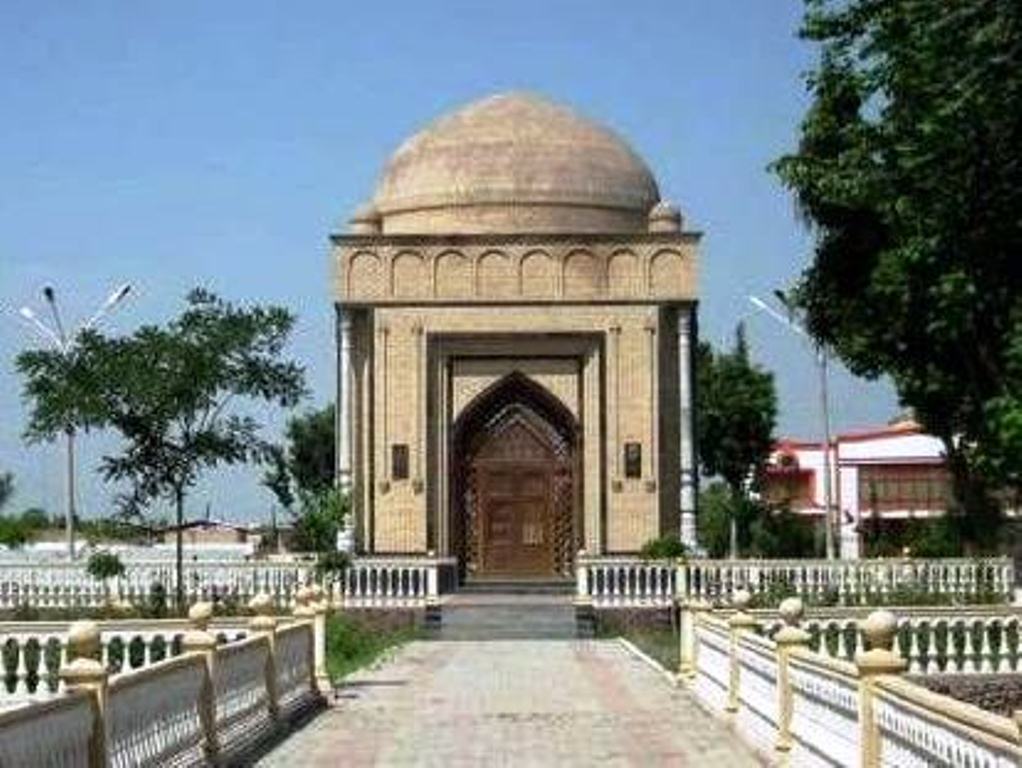 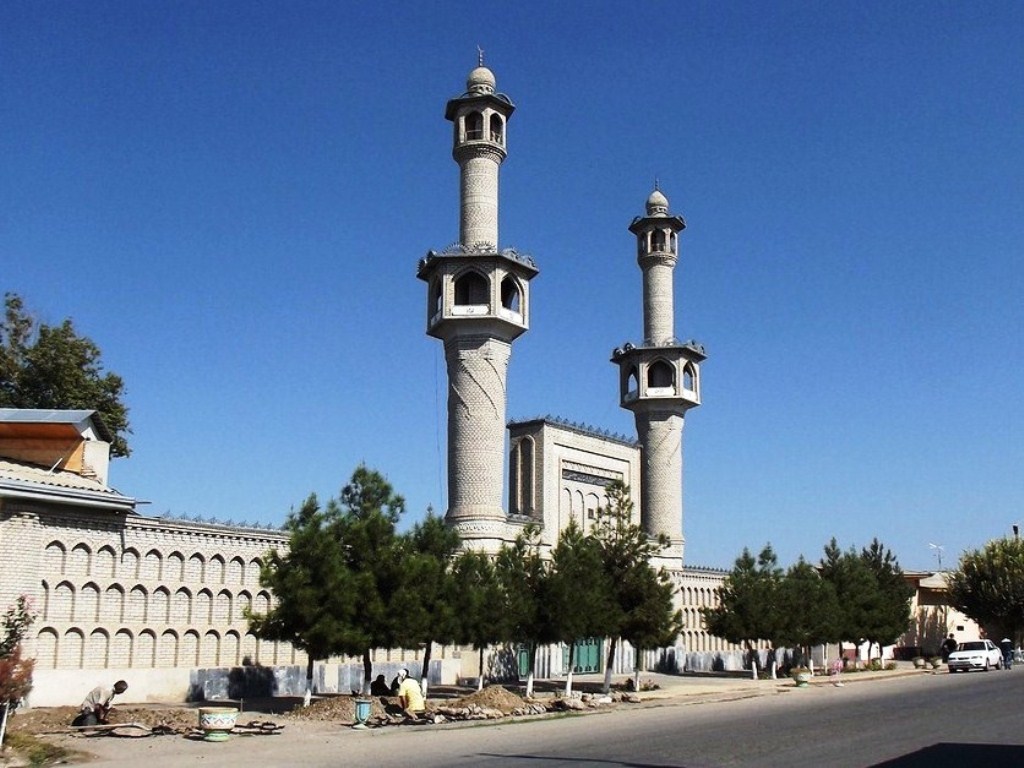 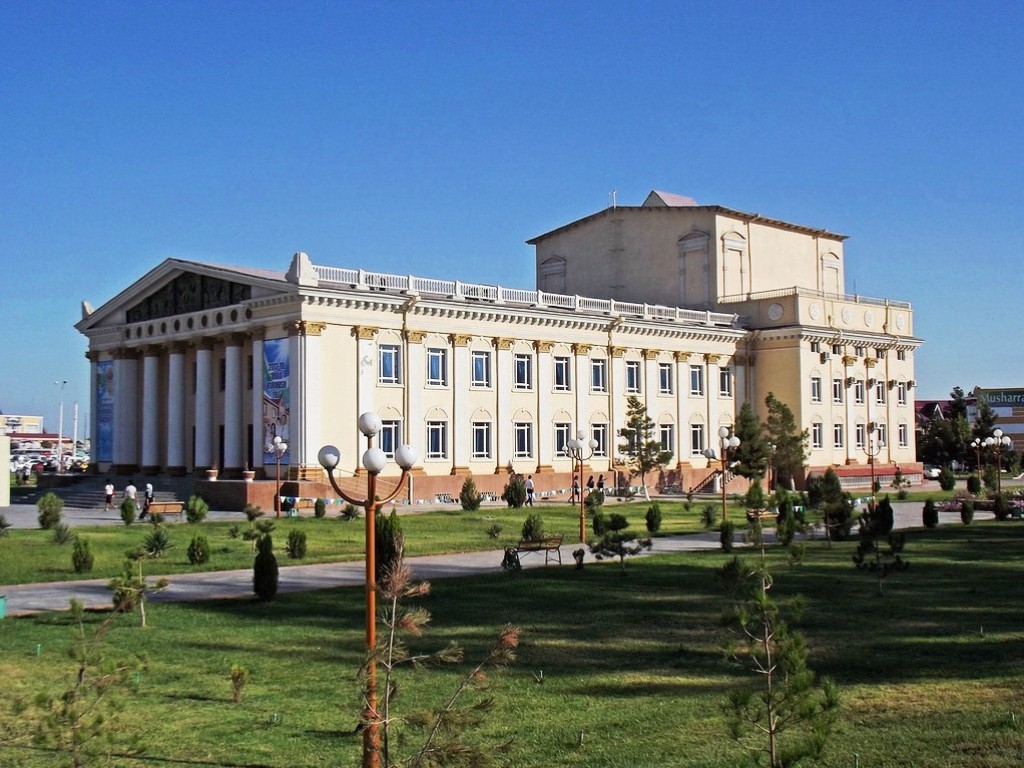 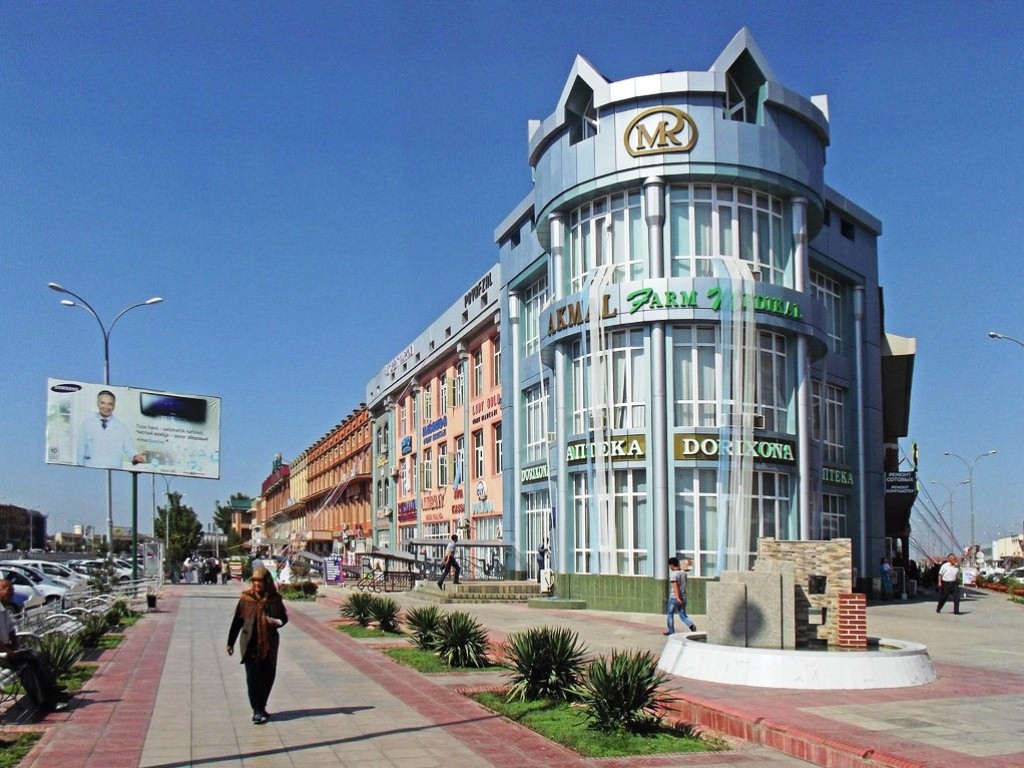 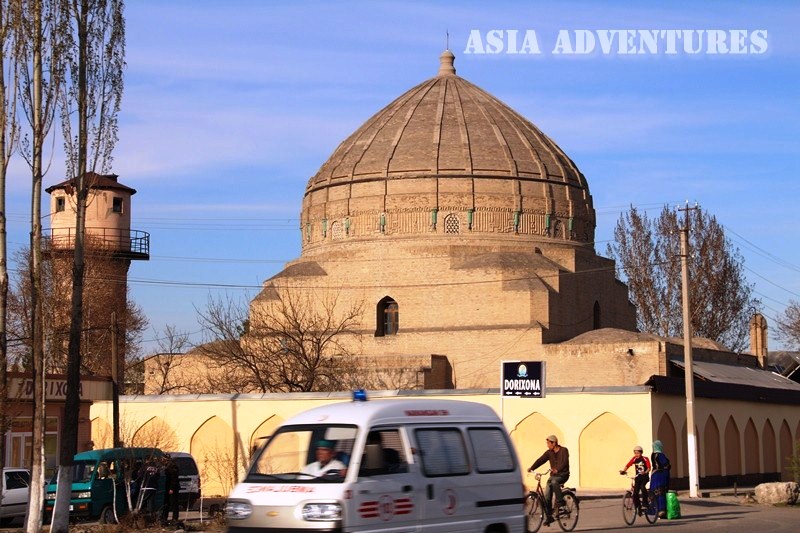 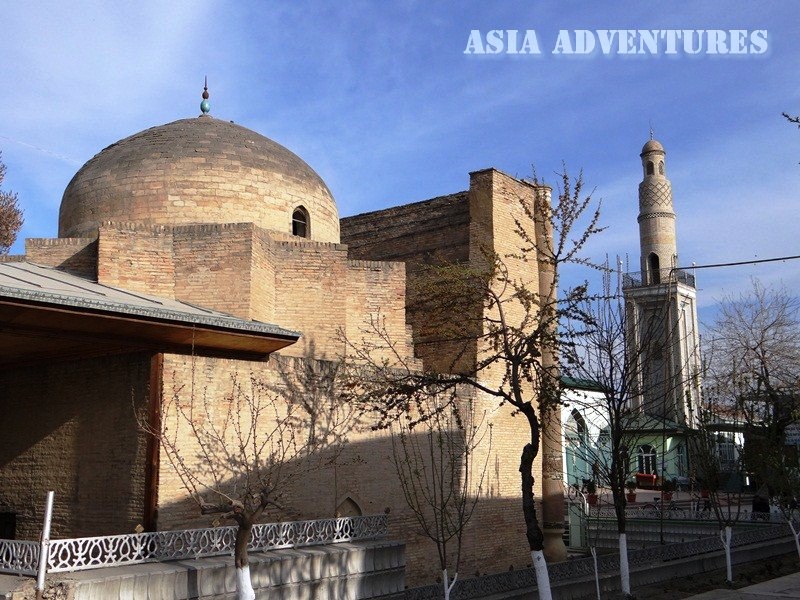 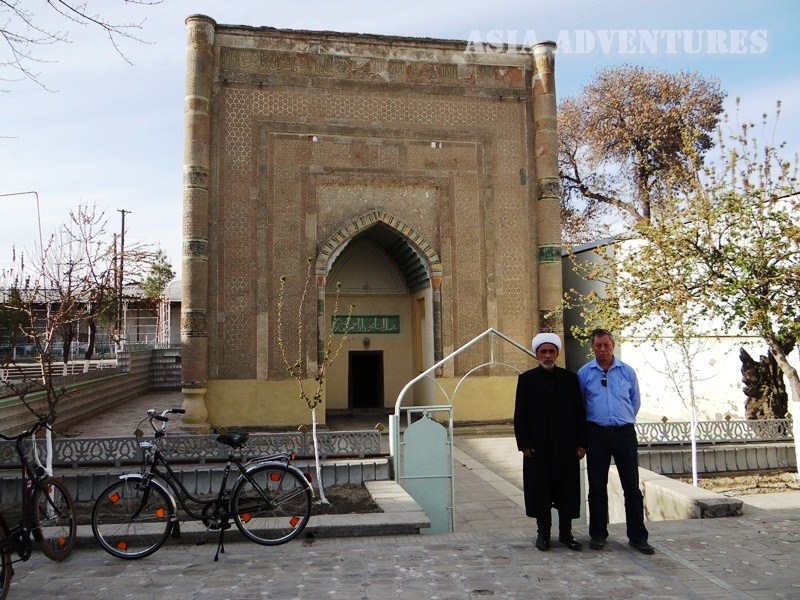 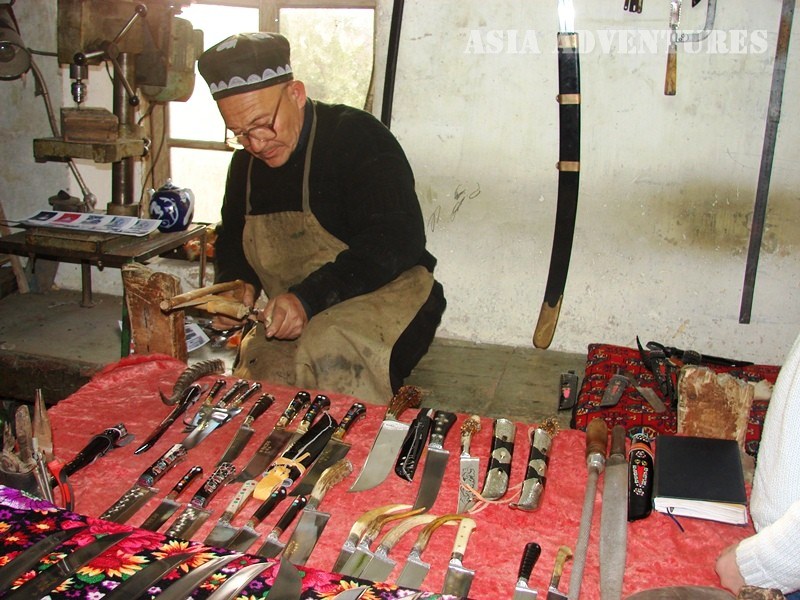 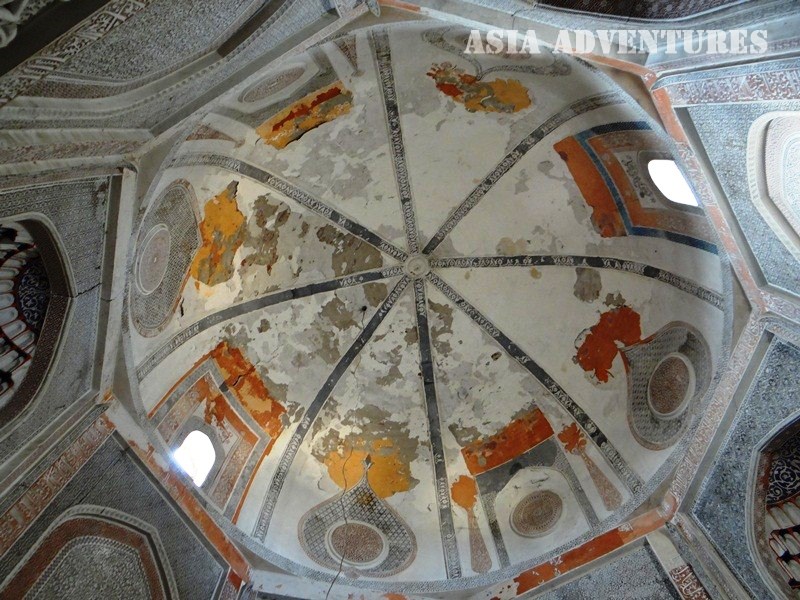 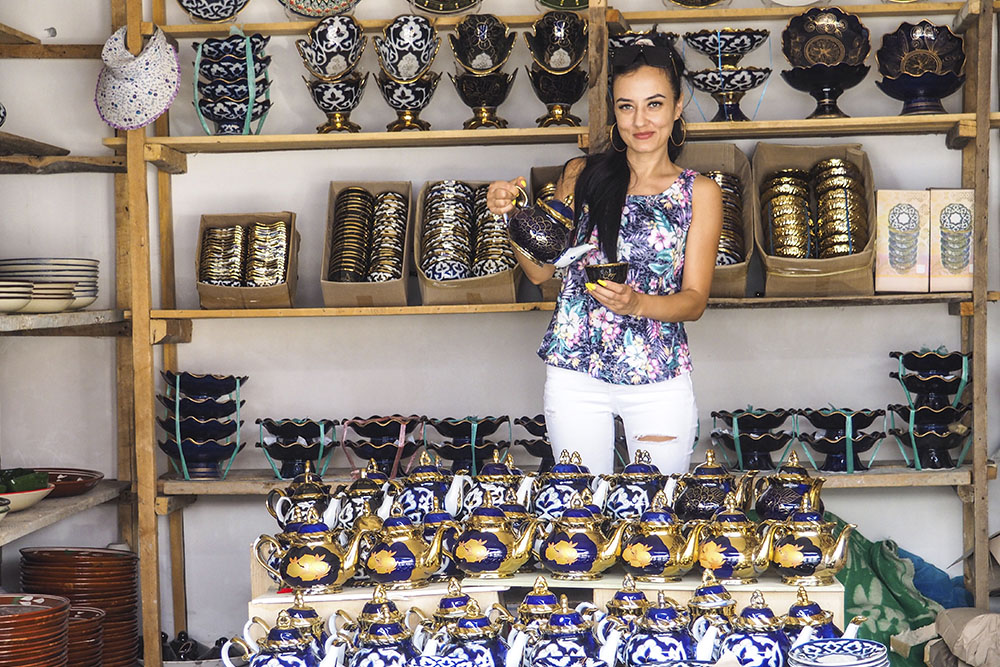