The famous cave of the Tamerlan (Amir Temur Guragani) is situated in the Gissar Mountains and administratively belongs to the Yakkabag district, of the Kashkadarya region of Uzbekistan.

The huge entrance to the cave is located at the foot of the Eastern wall grand canyon, slit through the river in the limestone.

To get to the cave is not easy and you need a guide. You can try to find inconspicuous trail, which descends the stone steps into the canyon to a depth of 200 meters. The picturesque canyon about 6 miles long resembles the canyon of the well-known adventure film "Gold of the McKay”. On all sides you are surrounded by bizarre rock towers. Going down to the bottom of the canyon, you find yourself in a stone "bag", which places even devoid of daylight. The width of the canyon then narrows down to 10-12 meters then expanded to 50-60 meters. The vertical walls of canyon go up to 200-300 meters. Turning to the right bank of the river and ascending the scree slope of the canyon, which was overgrown with scrub and juniper, climb to the base of rocky walls, where unexpectedly opened the entrance to the cave.

The entrance to the cave resembles the arch up to 6 meters and a width of up to 7 meters. Deep inside leaves a huge corridor of up to 10-15 meters. The walls "drain" bizarre calcitic incrustations resembling the jellyfish and the stalactites. In some places the walls are finished with torches. In the main corridor, extending deep into the mountains about 400 meters, almost no side branches, and it is impossible to get lost. In a distant part of the corridor walls and the vault (ceiling) narrow and further have to move on all fours. Overcome, thus, 3 small narrow areas of 2-3 meters, alternating with the cameras, where it is possible to stand out, get into the back part of the cave. Here is more humid, the floor is strewn with a large boulders, there are several branches. There is a small lake at the further part of the cave. The lake was formed by 10-meter waterfall, falling from crevices in the ceiling. The lake does not have a constant level, and in September-October disappears, seeping through the stones of the dam. We recommend you to take a bright lamp and you"ll enjoy the magical sight of jets of the water falling into the lake. A visit to the cave takes about 2-3 hours (depending on participants" desire to campaign and the number of people in the group).

The legend-tradition connected with the cave, relates that it found refuge great Tamerlane (Amir Timur) and his supporters, getting ready here for military campaigns. This is hard to believe, because it is problematic to descend to the canyon on the horse and inconvenient to graze on the bottom and slopes of the canyon. But before the cave is a quite old artfully folded wall of the large stones. Perhaps it was made by shepherds. 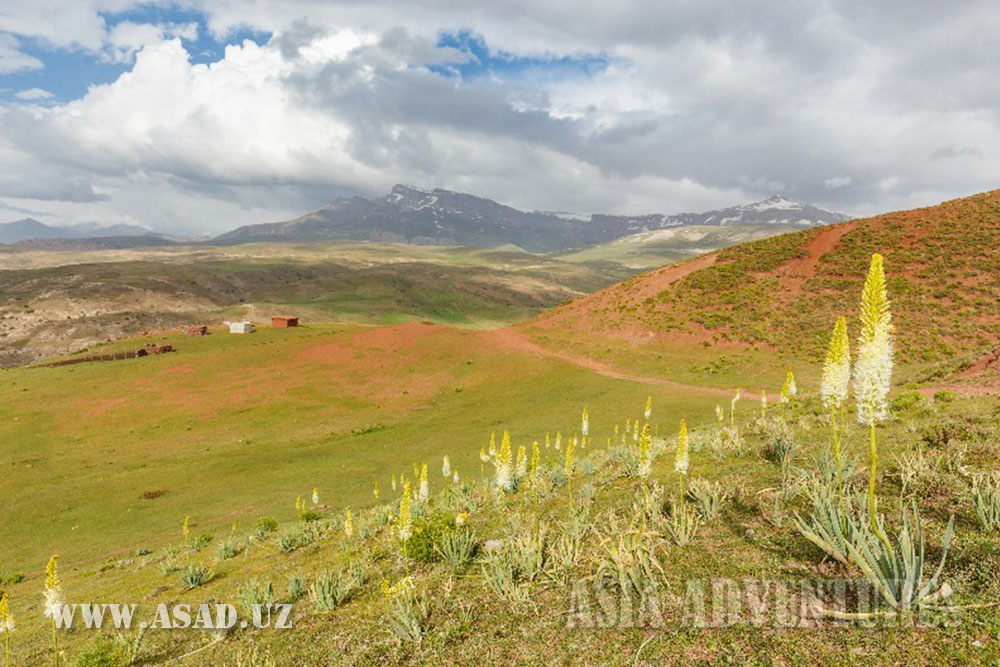 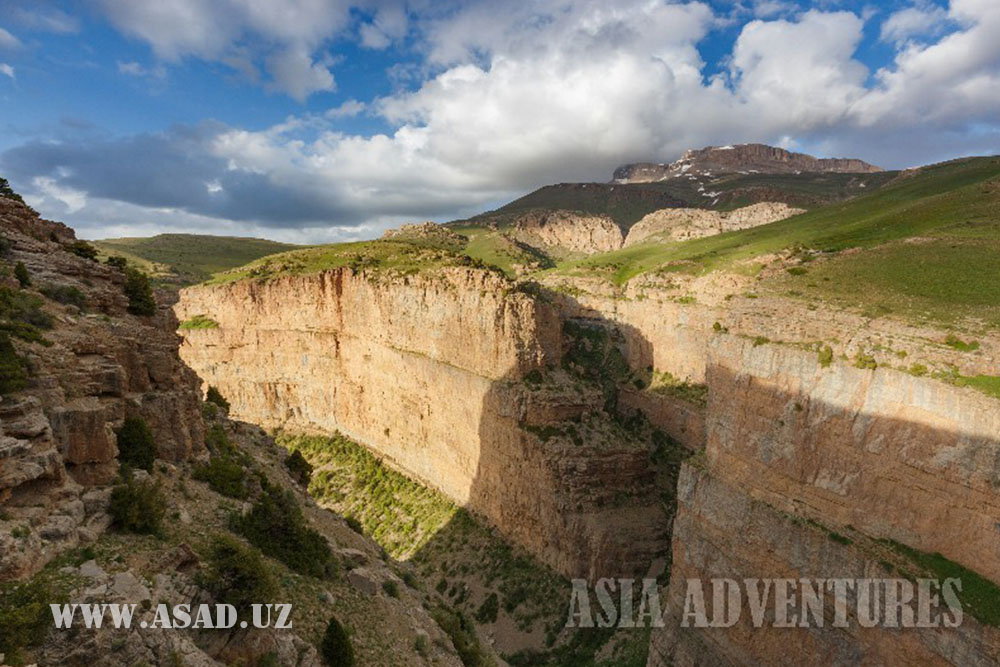 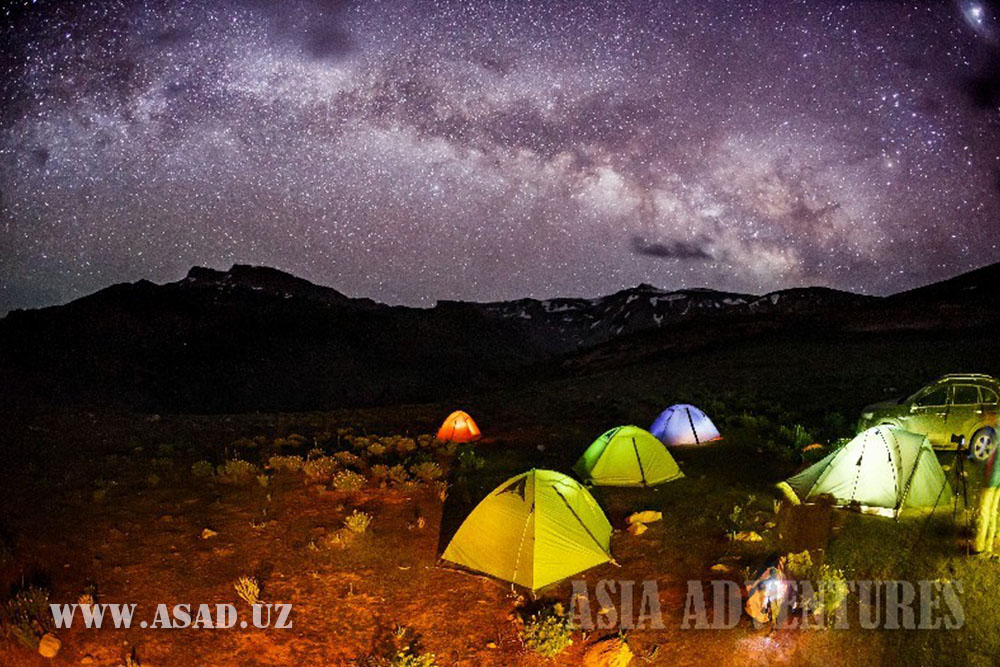 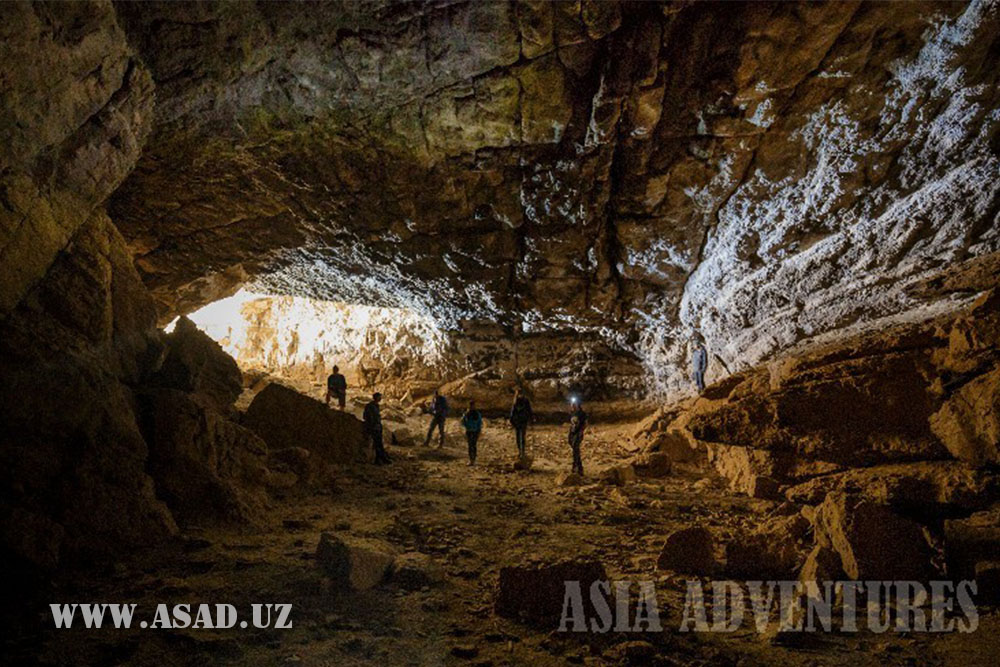 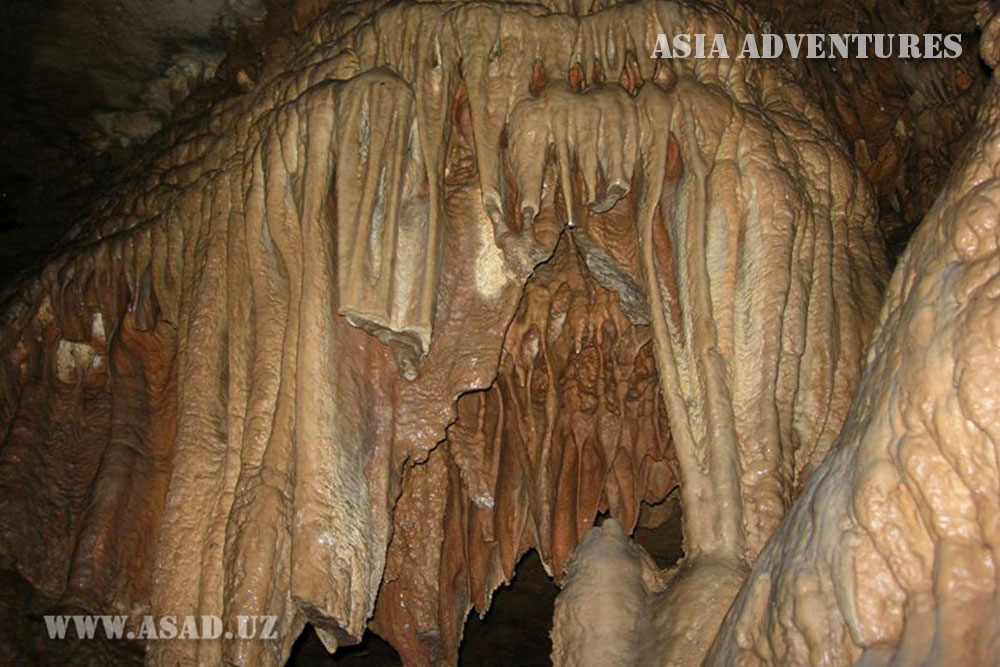 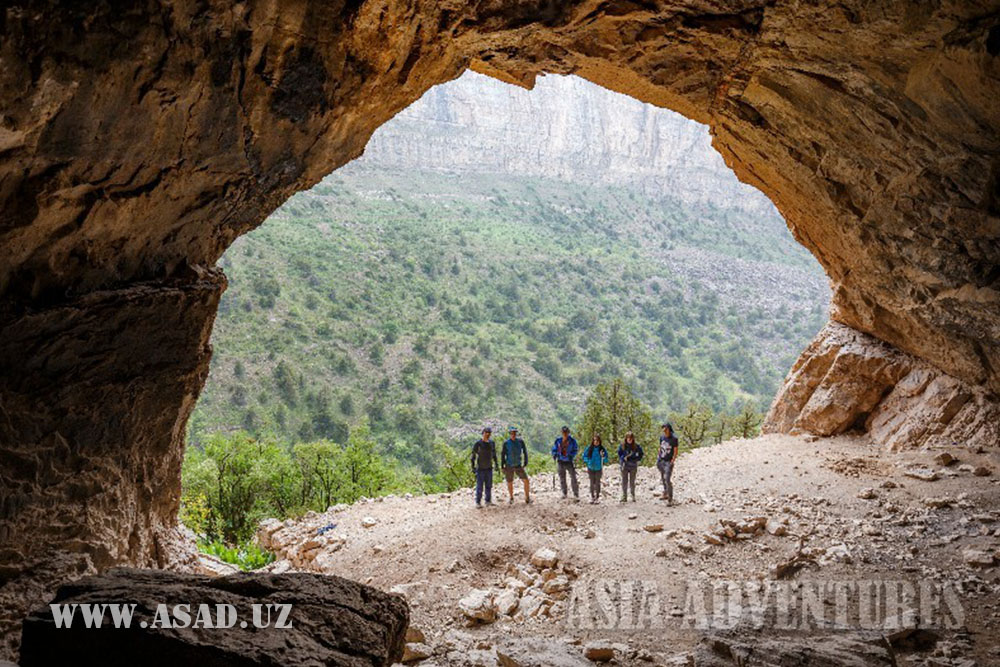 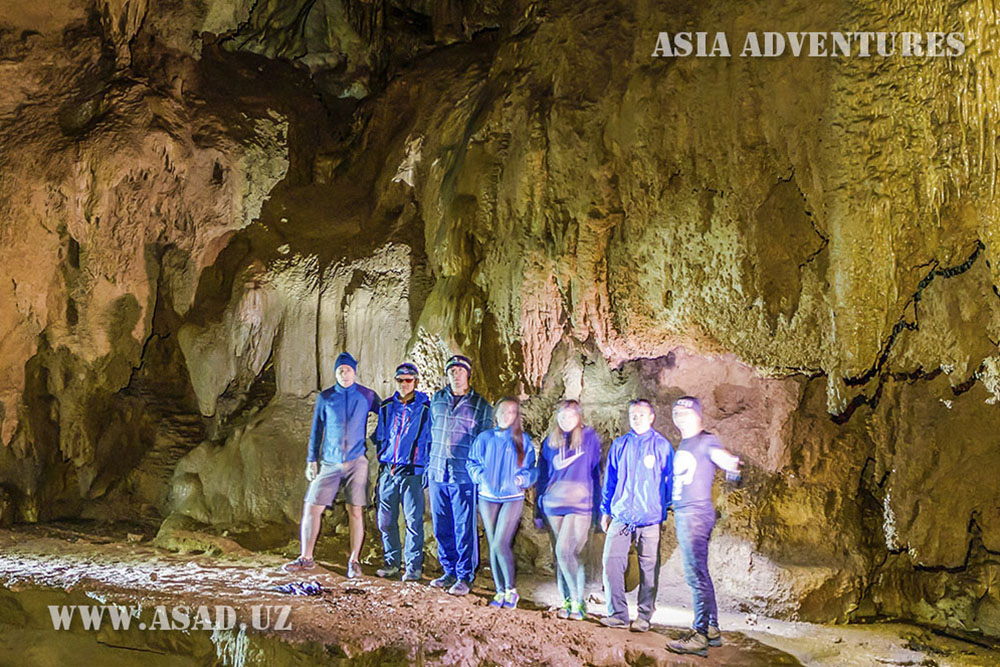 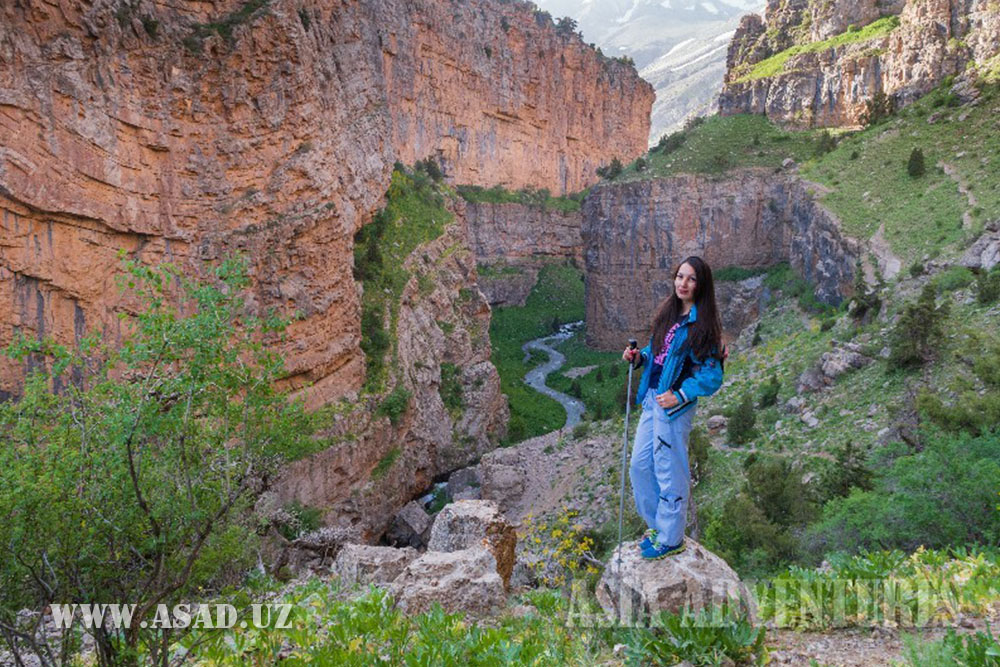 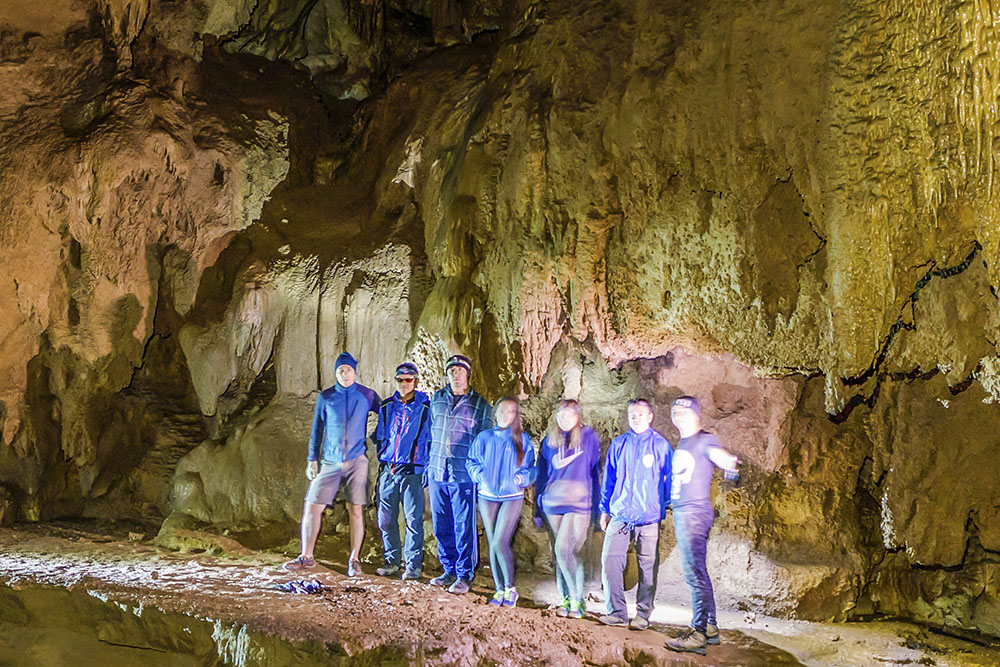 Trip from Shakhrisabz to the cave of Tamerlane 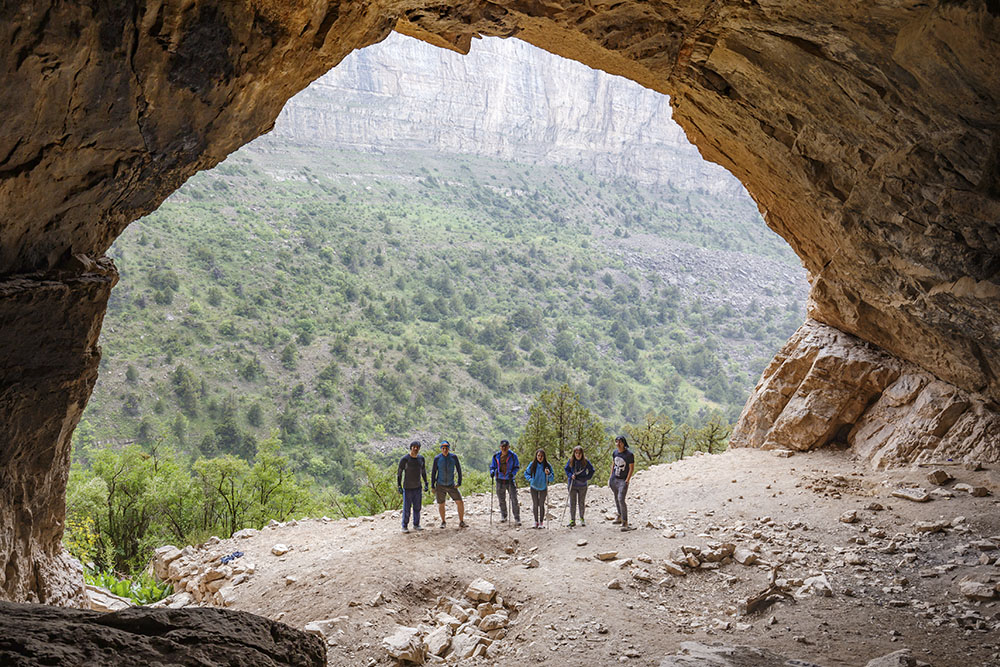 To the cave of Amir Temur