The main palace of the Khiva khans - the majestic and luxurious Tash-Khauli (translated as "stone courtyard, palace")  was built in 1830-1838 by the ruler of Khorezm Allakuli Khan. The palace is located in the eastern part of Ichan-Kala and is a huge complex of solemn palace and residential buildings, surrounded by a high wall with battlements at the top and turrets with lanterns at the corners.
Allakuli Khan spared no expense on the construction and decoration of the palace, and today you can see an impressive design of the palace complex of burnt bricks, consisting of three parts.
The rooms for Khan's chambers and harem occupy a significant area of the palace and are connected to the rest of parts by a wide corridor. Around the large courtyard there are four small aiwans for khan’s wives and the fifth one is the chambers of Khan. Also in this part there is a two-story building for Khan’s concubines and relatives.
The ceremonial mekhmonkhona is a square courtyard with a circular raised platform in the middle for  installation of a yurt for guests and Khan’s rest and with ayvans and rooms for ceremonies and receptions.
And the third part is the courtyard and rooms of arzonkhona, where the Khan was engaged in court proceedings.
The iridescent blue-and-white majolica canvases sparkle with ornaments, painted ceilings are full of colorful patterns, columns are wrapped in lace tiles, with creepers with flowers blooming on them and geometric ornaments on the walls of Tash-Khauli palace… Each room has its own unique pattern that is never repeated anywhere else. There are openwork copper bars on the windows.
The Tash-Khauli Palace is a well-preserved example of the Khorezm style of architecture of its time. Now it's a museum. 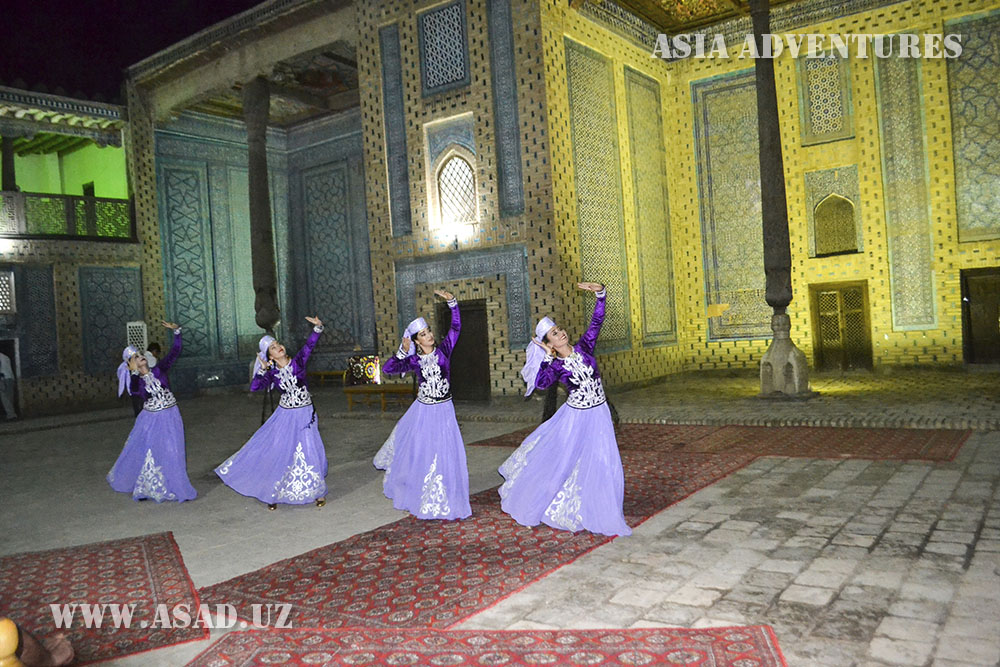 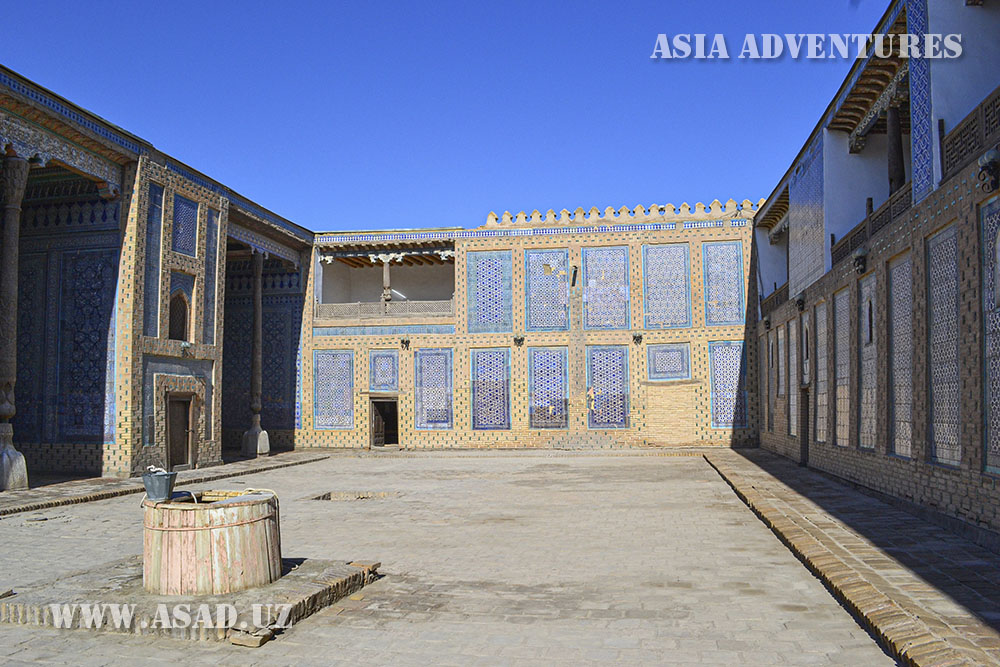 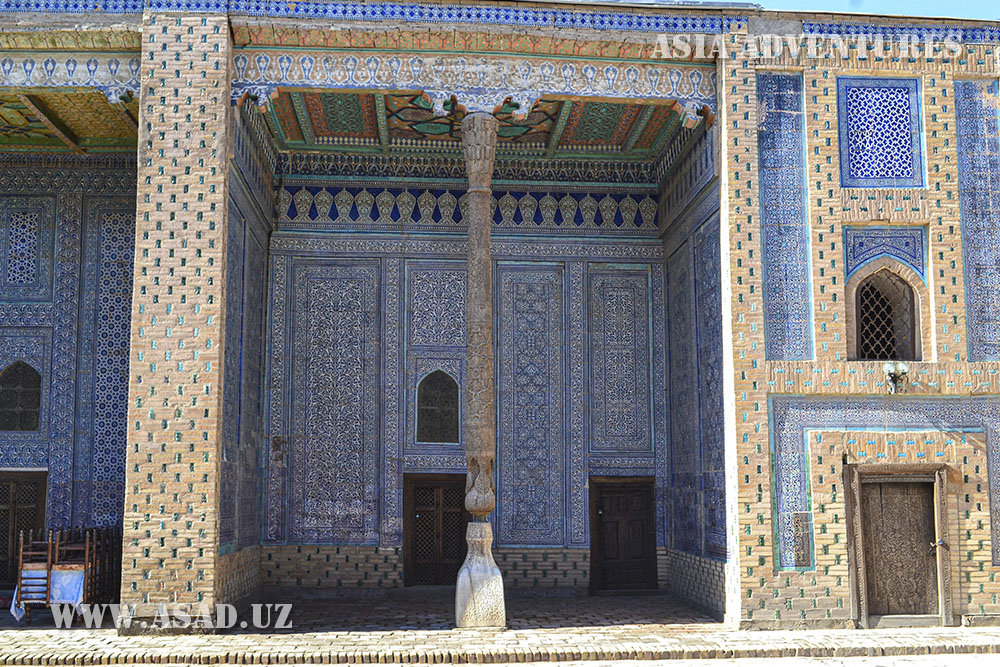 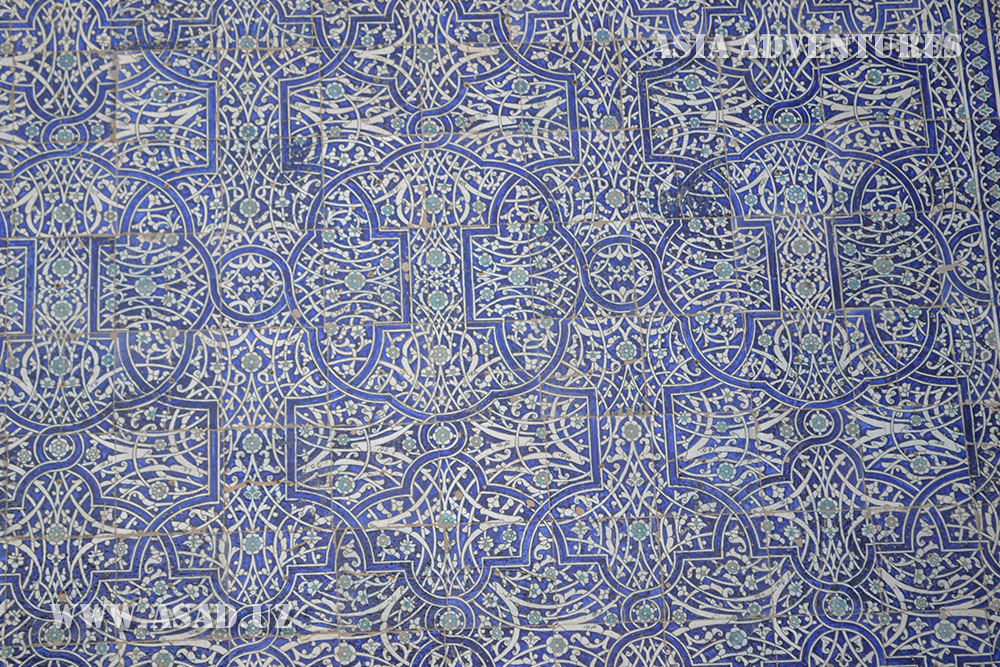