Janbas-kala fortress (from Turkic – sloping fortress) is located in Elikkalin district of Karakalpakstan in 4 kilometers from Kukcha settlement.

Janbas-kala is a frontier fortress in the south-eastern border of ancient Khoresm, located on the way to Turtkul. It is a showy and fascinating ruins on the slope, with a view to old horn of Amudarya. The fortress has a rectangular shape of 200 to 170 meters and it is quite accurately oriented to corners of the earth. As many other fortresses, Janbas-kala dates back to the early ancient period. It was founded in the IV century BC and was used till about the I century AD. The walls of fortress are well remained and have the height 20 meters in some places. Monumental gates are also remained, but Janbas-kala differs from other fortresses that it has not towers on its exterior walls. Nevertheless, the fortress was protected well in spite of the absence of towers. Double walls had inner corridors on two levels, where archers could shoot from, and there were more than thousand gun slots outside. One of characteristic of this fortress is the presence of embrasures, located in some places in upper galleries of the wall. They let archer shoot whole lower territory along walls through gun slots, located on-the-mitre. To the South-East from general gates, there is a street with residential settlements, leading to the upper point of town, where is a monumental building, which is believed as Temple of Fire. 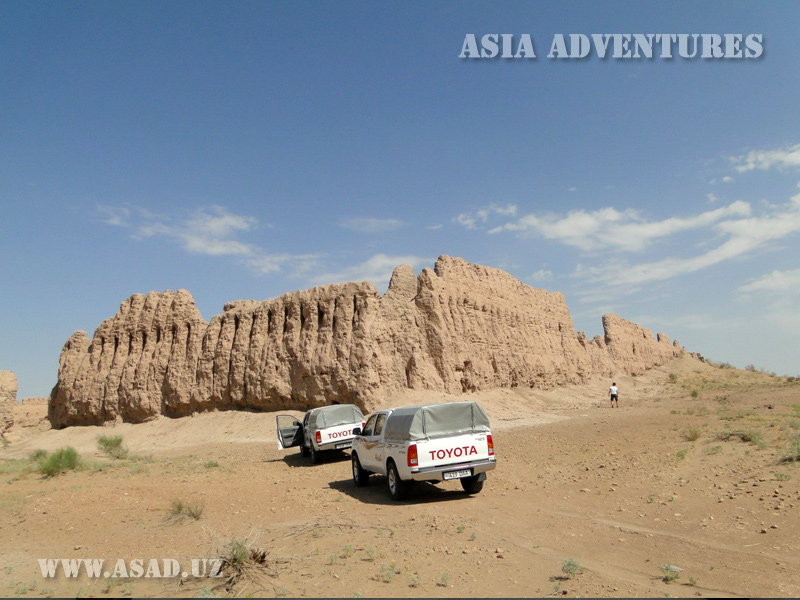 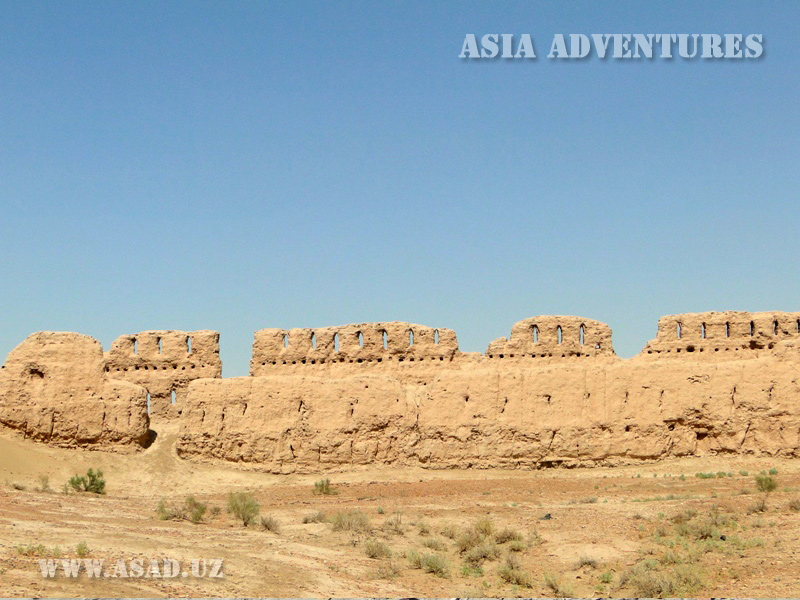 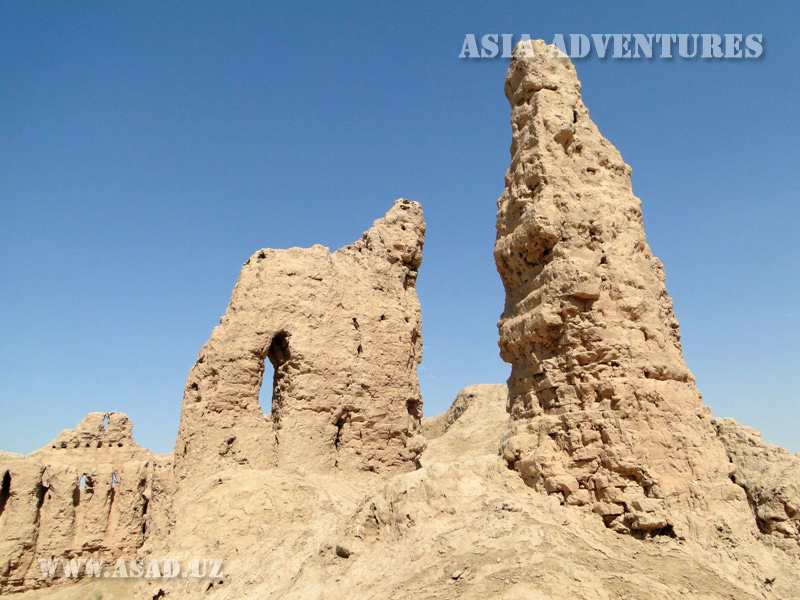 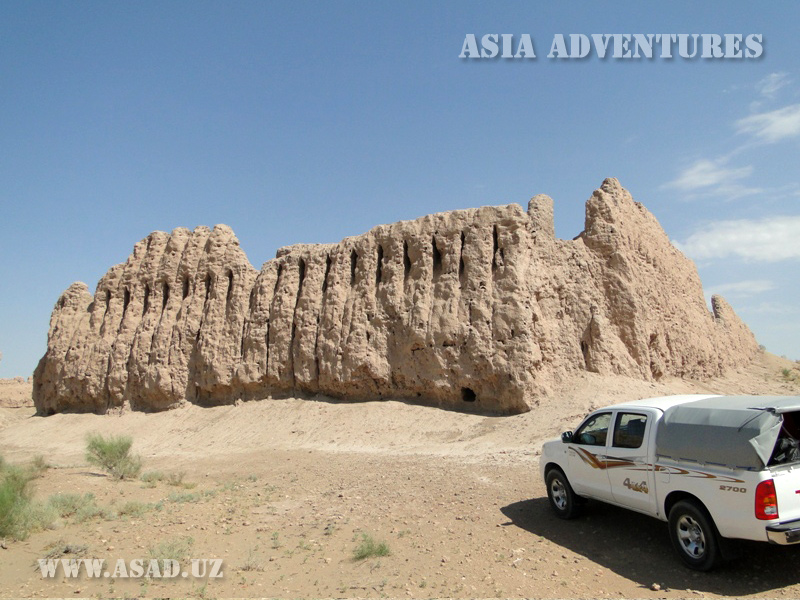 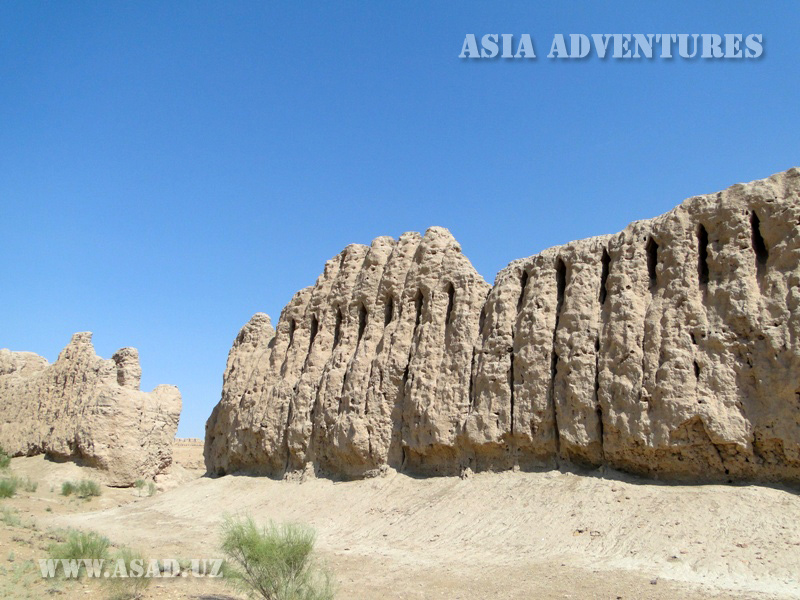 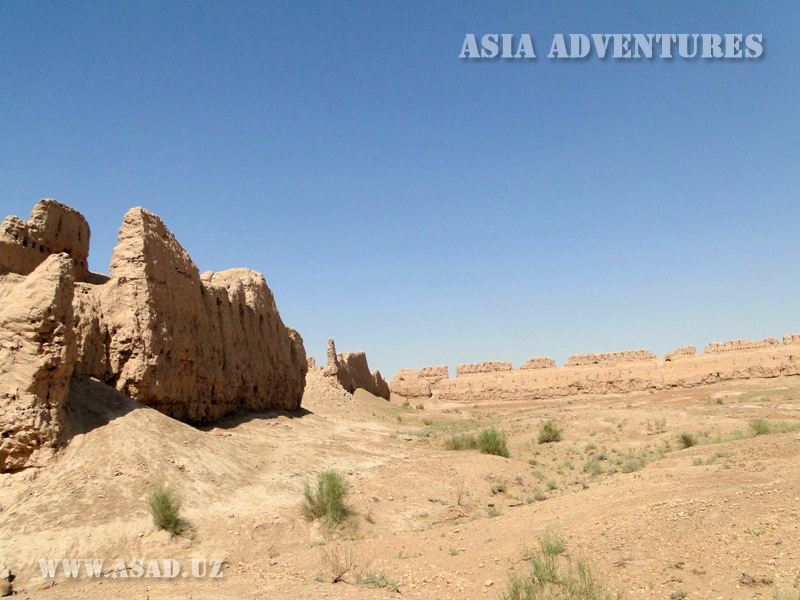 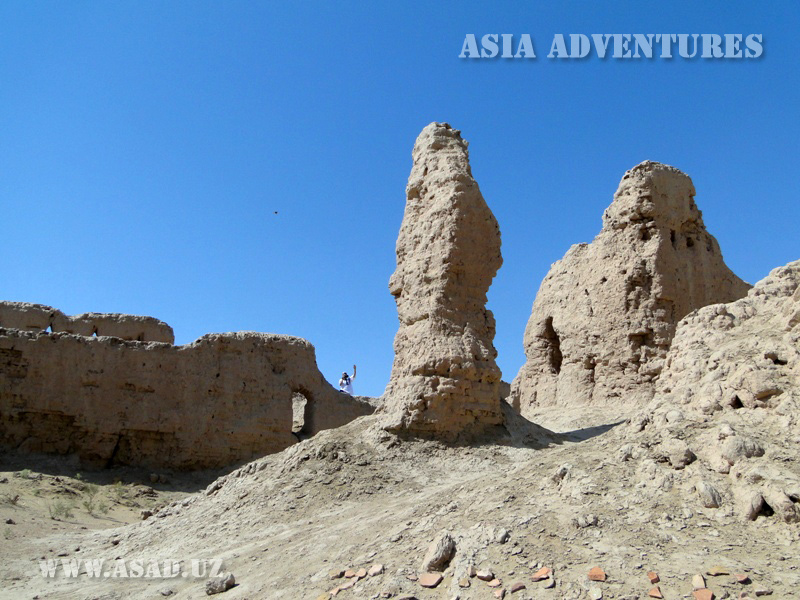 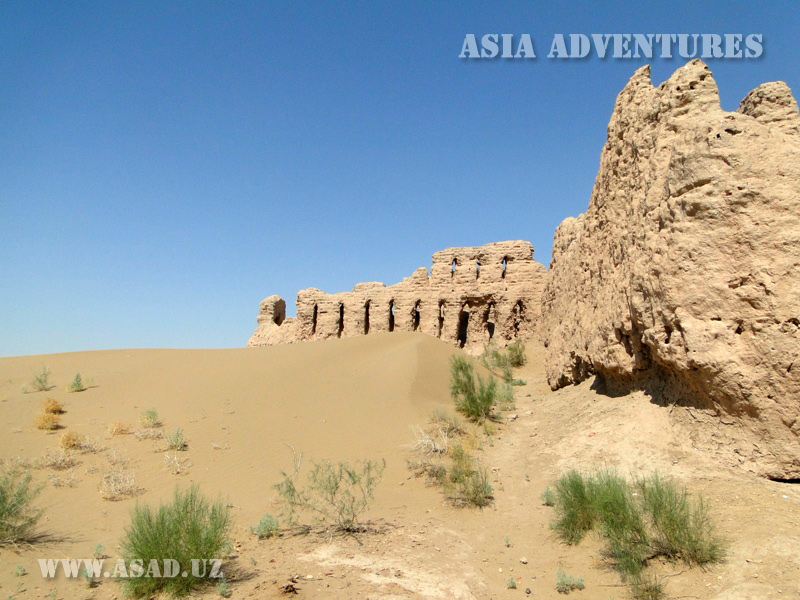 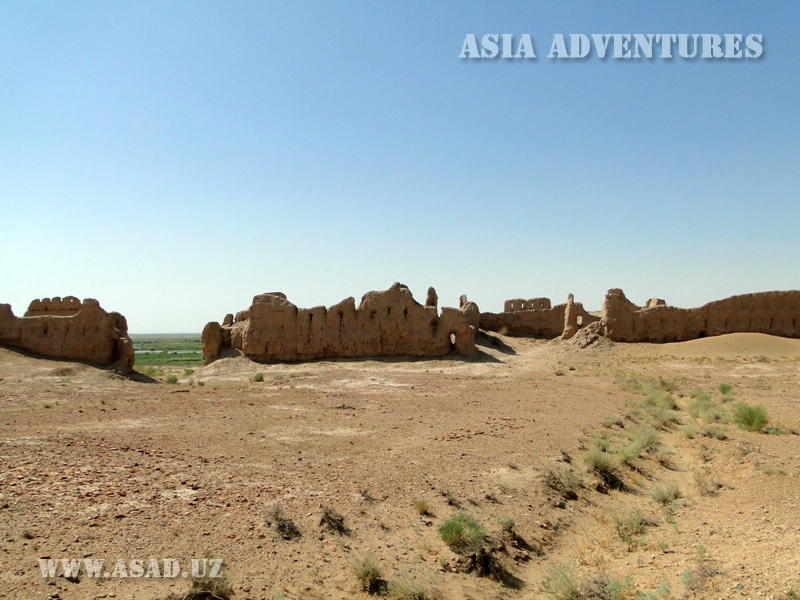 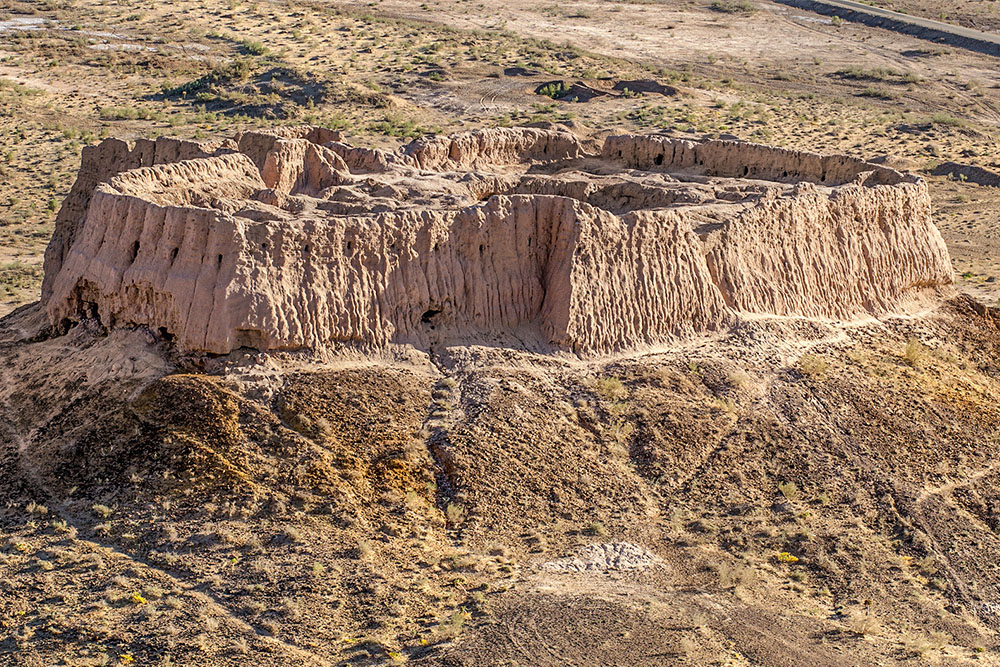