The State Museum of Uzbekistan Arts is one of the largest museums in Central Asia. It was founded in 1918 and initially comprised 500 exhibits – highly artistic items of bronze and porcelain, articles of furniture and works of painting and sculpture. The museum was located in the residence of Grand Duke Nikolai Konstantinovich Romanov, whose private collection formed the core of the museum’s exhibits in the first years.
more...


The museum’s collection of items of applied arts is composed of ganch engravings, ceramic articles, painted and engraved wooden things, embroideries from all the regions of Uzbekistan, fabrics and clothes embroidered with gold from Bukhara, carpets and decorative metalware.

The works of visual arts demonstrate a complex and original way of development of the national painting and drawing, which is now more than 100 years old. The museum includes the pictures of Akhmarov, Karazin, Zommer, Yudin, Bouret, Ahmedov, Karakhan, Nikolayev, Volkov, Tansykbayev, Abdullayev, Chariyev, Umarbekov, Kazakov, Jalalov and others.

The museum also boasts a rich collection of works of 15th-20th-century Russian arts: icons, 17th-century paintings and others.

The 19th-century art is represented by the canvases of Orlovsky, Kiprensky, Plakhov, Perov, Myasoyedov, Kramskoy, Gue, Shishkin, Levitan, Savrasov, Ayvazovsky, Repin and others. The museum also possesses a collection of works by the artists of the so called "Russian avant-garde’ (late 19th-early 20th centuries): Benois, Kustodiyev, Serov, Korovin, Lentulov, Falk, Kandinsky and Malevich.

The museum’s collection of works of West European art is also rather large, represented by the items of the Italian, Spanish, German, Dutch, French and English painting and applied arts.

Articles from China, India, Japan, South Korea and Iran comprise the Asian collection of the museum. The articles mentioned include items of bronze, ivory, porcelain and fretted wood, as well as musical instruments, carpets, sculpture and many other interesting things. 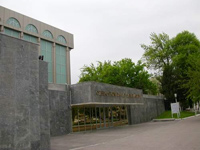 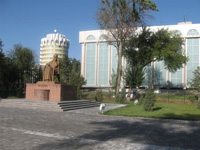 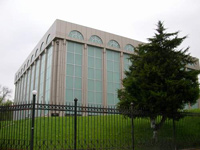 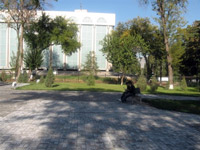