The Zaamin National Reserve (often confused with the Zaamin National Park, which is a different object) is situated on the northern slopes of the Turkestan Range, in the territory of Zaamin and Bahmal Districts, Jizzah province, Uzbekistan. The reserve was recreated in 1960 in the place of the former Guralash Reserve (founded in 1928) and at present covers a territory of 26,840 ha.

The territory of the reserve is occupied by a mountain chain with clear divisions into altitudinal zones, the elevations ranging from 1,760 m to 3,500 m above sea level. The southern part of the reserve features steep slopes cut with deep gorges, while the southern part slopes down in terraces covered with thick layers of marl and loess-type loam.
more...

Over 700 higher vascular plants representing 70 families and 280 genera grow in the terrotory of the Zaamin Reserve, with 13 species included in the Red Book of Uzbekistan and 48 species being endemic to the western part of the Turkestan Range. There have been recorded and studied 216 species of mushrooms in the reserve.
Over 20 medicinal plants, such as the aconite, autumn crocus, everlasting flower, valerian, dragonhead, ziziphora and others, and more than 15 decorative plants, including the veronica, pink, primrose, iris, delphinium, tulips, desert candles, crocuses and others, grow in the territory of the reserve. Beside them, there are tens of species valuable for the economy, containing resiniferous substances, tanning and dying agents and essential oils, as well as fruit and berry plants and plants used as forage.
The lower sections of the mountain slopes are indescribably beautiful in spring, when it is time for the numerous ephemeral plants, such as tulips, poppies, desert candles and various onions, to blossom.
The subalpine zone of the northern slopes is characterised by prostrate forms of juniper, the prickly thrift, moss and lichens, which have not been studied.

The animal world of the reserve belongs to the Eastern Bukhara zoogeographical section and is highly diverse, represented by all species characteristic of mountain juniper forests. The rich natural food reserve and innumerable convenient places for refuge and nesting are favourable conditions for the existence of the whole biodiversity complex.
The Zaamin Reserve is a habitat for one species of fish, 16 species of reptiles, 102 species of birds and 30 mammal species, with the snow leopard, Severtsov’s urial and the black vulture being included in the IUCN Red Book. The Red Book of Uzbekistan includes the snow leopard, Tien Shan brown bear, Turkestan lynx, Severtsov’s urial, the booted eagle, black stork, golden eagle, black vulture, bearded vulture, griffon vulture, saker falcon and barbary falcon.
The juniper woods are inhabited by various birds, the red-headed and rock buntings, black-throated thrush, white-winged grosbeak, tawny owl, Central Asia starling and Alectoris being the commonest of them. Narrow gorges with waterfalls feature the whistling thrush and penduline tit, while the brown and common dippers and the gray and masked wagtails prefer riverbanks near shallow parts with a rocky bottom. Large birds of prey, such as griffon, black and bearded vultures, build their nests high on the rocks. A couple of black storks have their nest in a deep, inaccessible crevice of the Chortangi gorge. For many years already this couple fly to the Chortangi gorge every year to build their nest there.
The commonest mammals are the wolf, wild boar, tolai hare and mole lemming. Walking high in the mountains, in the juniper woods, it is quite possible to encounter a bear with cubs, as it is not rare for the reserve, and if you go deep into the thicket, you can hear a lynx hiding and watching you from a distance. Early in the morning you may happen to meet a least weasel, a small beautiful nocturnal animal.
Wild goats live at high altitudes, amid the rocks and taluses, and also are quite numerous in the reserve, often encountered in the juniper forests on the mountain slopes and flood plains. Specialists have recorded the footprints of two or three specimens of the snow leopard. The Turkestan rock agama can be seen on rocky outcrops, while Pallas’ pit viper, Pallas" coluber, the desert lidless skink, sheltopusik and others may be found on sand and clay slopes.

The climate in the Zaamin Reserve is sharply continental, with an average annual precipitation of 405 mm.
At high altitudes snow falls in May and even June. In January and February the snow cover may be 0.5 m thick and more. The highest temperature occurs in July and August, with an absolute maximum of 35 °C. In December and January the temperature may fall to as low as minus 34 °C. Temperatures below 0 °C are recorded till late May and since September. The winter in the reserve is cold, lasting for more than 5 months. 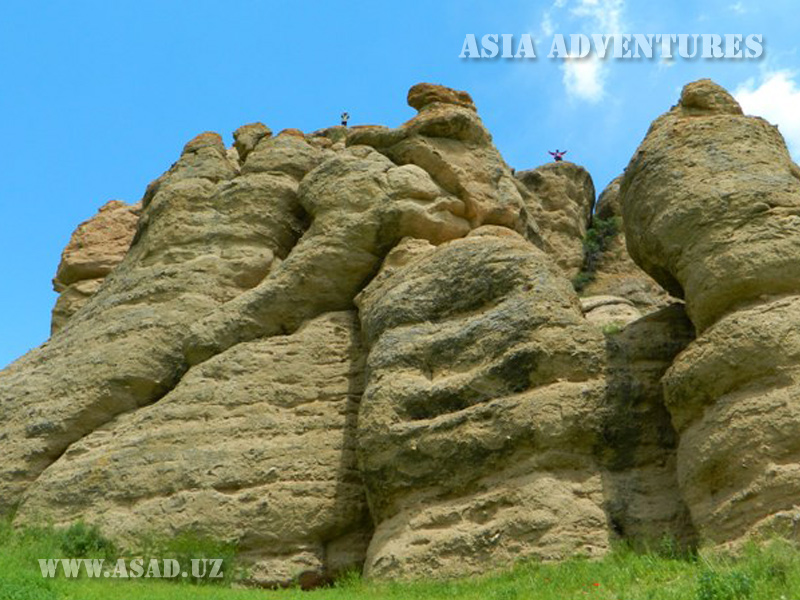 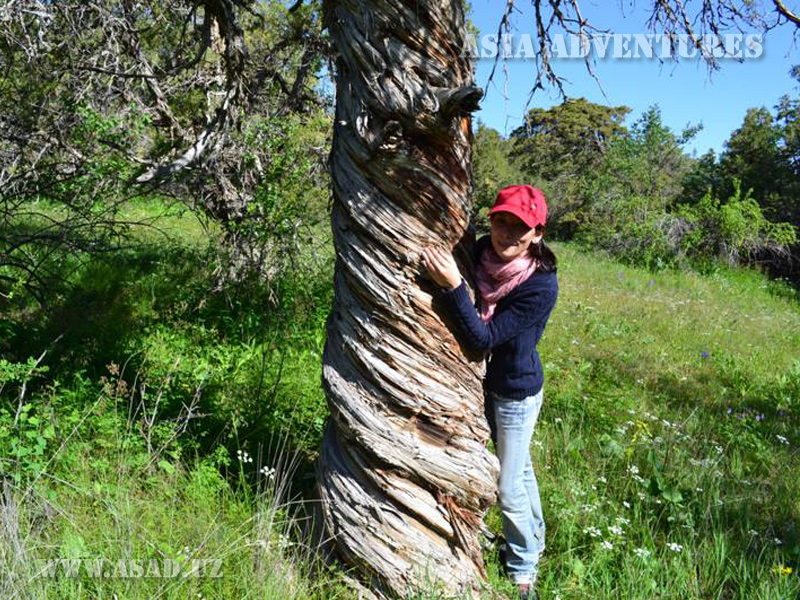 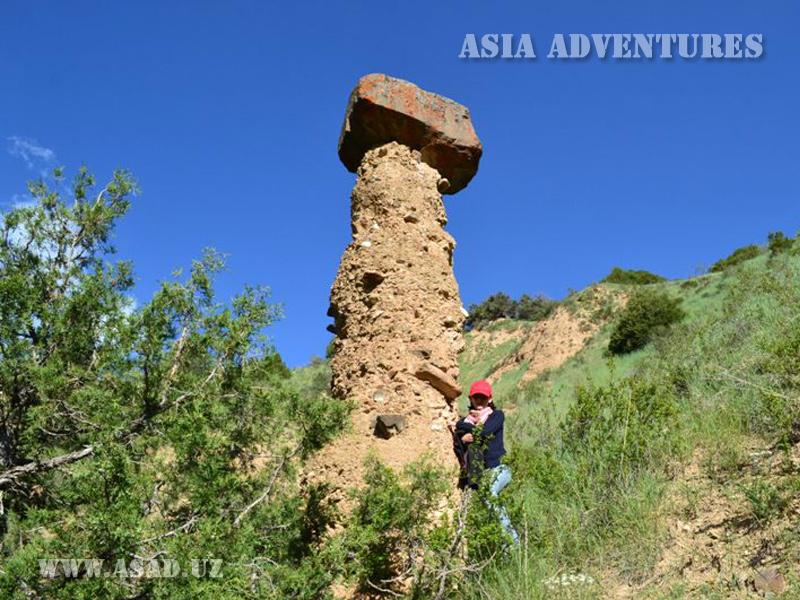 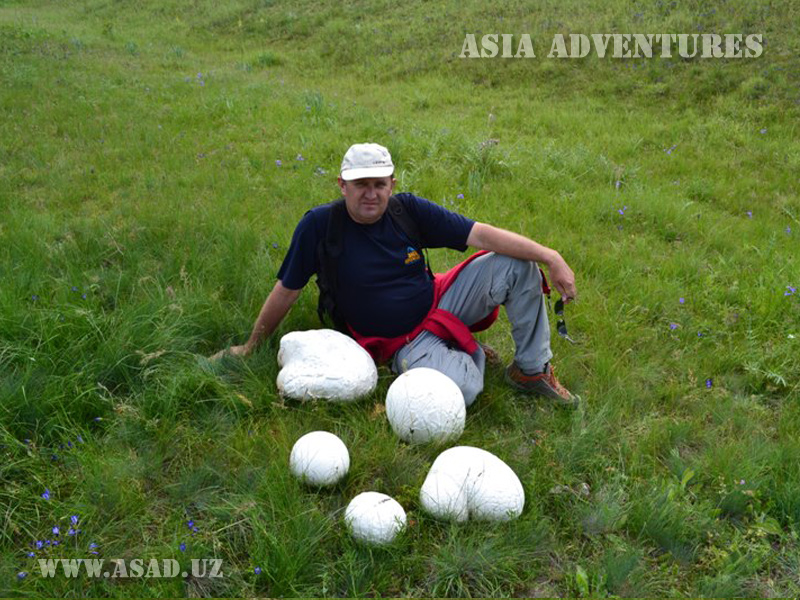 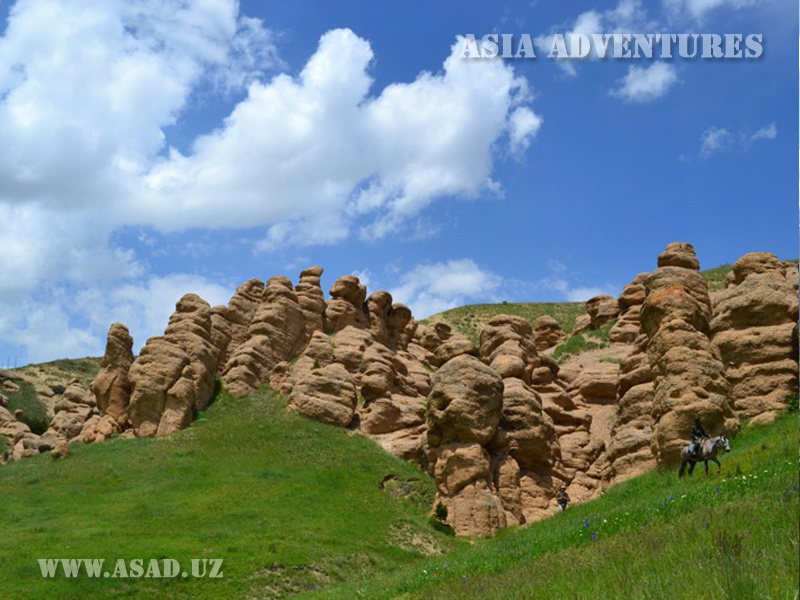 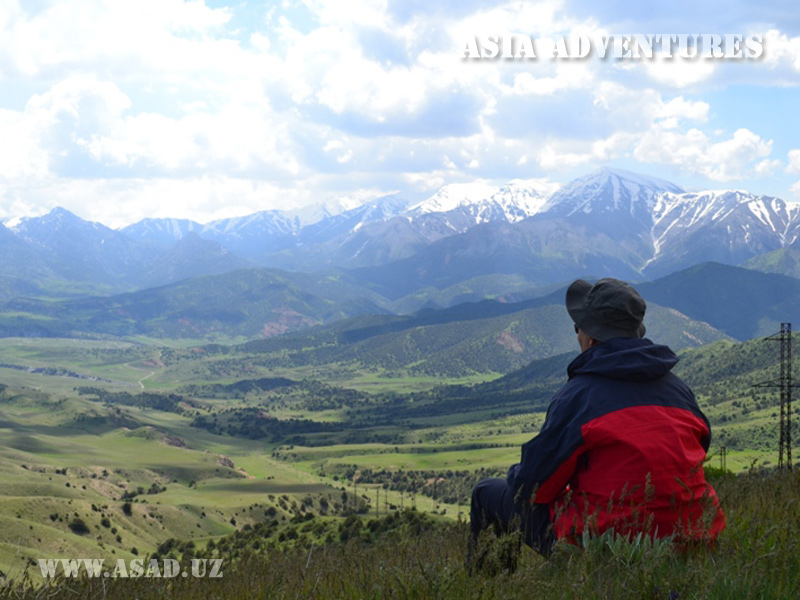 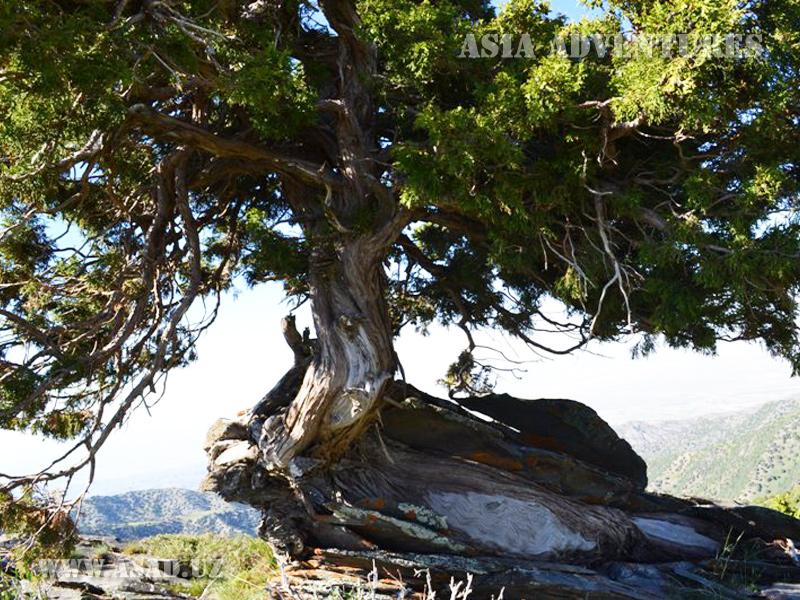 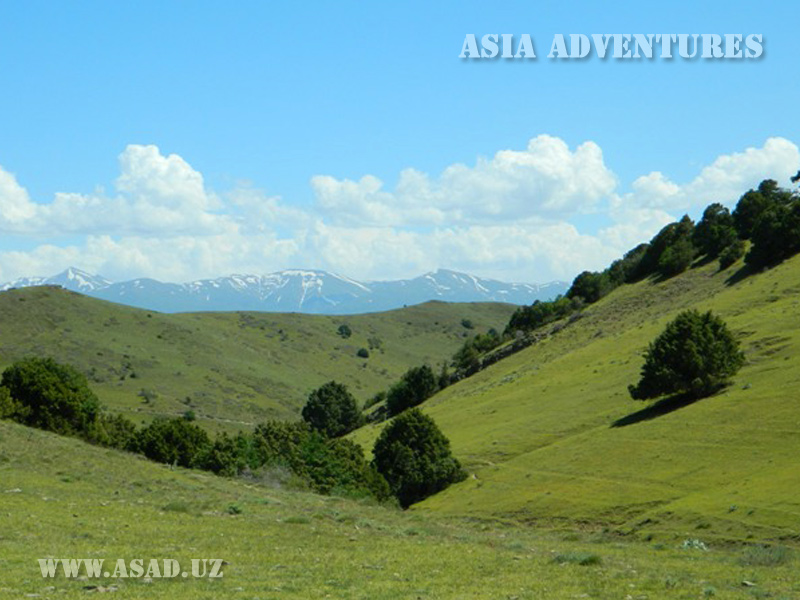 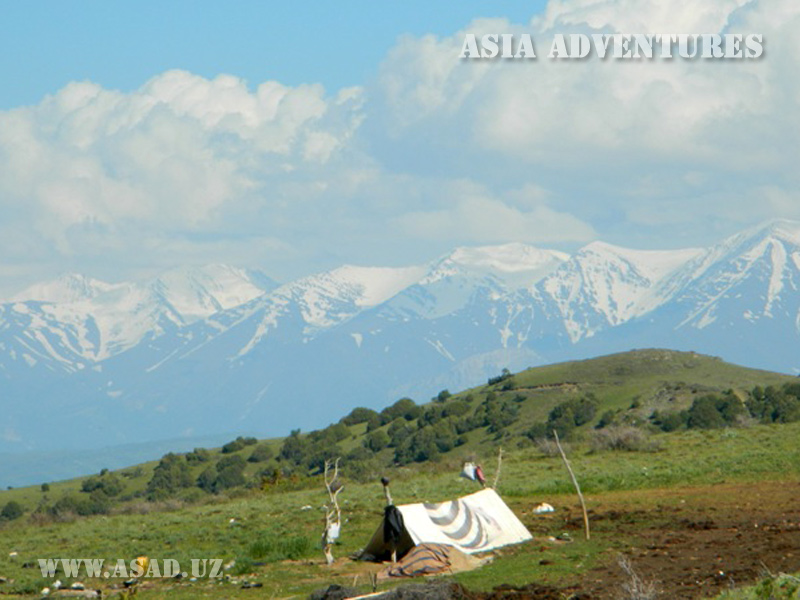 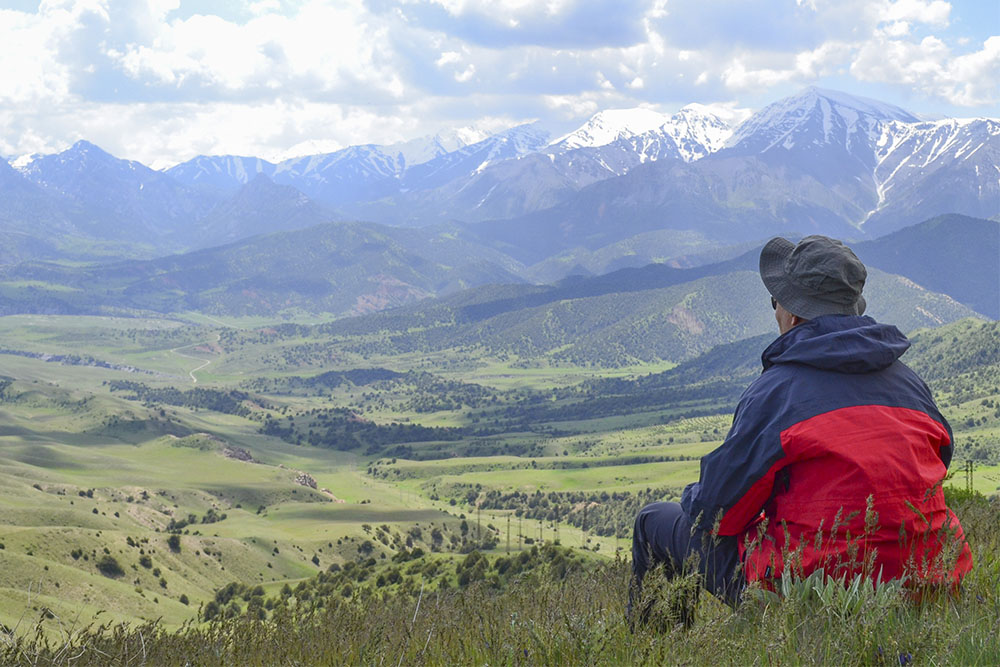