The Chatkal National Reserve is situated in the western extremity of the Chatkal Range in the western Tien Shan. It consists of two separate sections, the Bashkyzylsay section (11,103 ha) and the Maydantal section (24,150 ha). The sections are separated by a distance of 20 km and are located on different slopes of the range: the first one on the southwestern slope and the second – on the northern slope. The Bashkyzylsay section occupies the mountain part of the Bashkyzylsay river basin, its altitudes ranging from 1,080 m to 3,265 m above sea level. The Maydantal section, with altitudes from 1,200 m to 3,875 m, covers the area of the right tributaries of the Serkelisay, which flows into the Chirchik River.

Established in December 1947, the Chatkal Reserve is one of the oldest in Uzbekistan.

The main rivers of the reserve are the Bashkyzylsay and the Serkelisay and their numerous tributaries, all rising at high altitudes.

The vegetation of the Chatkal Reserve is very rich in composition. For instance, 8.5 thousand phytocenoses in 153 formations have been recorded on the area of 11,103 ha of the Bashkyzylsay section. The reserve presents plants from all altitudinal zones. In total, 219 formations have been recorded in the two sections of the Chatkal Reserve, with only 58 being common for both territories, which testifies to the individuality of the vegetation in each section.

The reserve has 57 plant species characteristic of the western Tien Shan, which are threatened and included in the Red Book of Uzbekistan. The territory of the reserve features 6 endemic plant species: Adonis leiosepala, Allium pskemense, Allochrusa gypsophillioides, Anemonastrum protractum, Astragalus rubrivenosus and Dracocephalum komarovii.

Over 57 % of the territory of the reserve is covered by communities of trees and shrubs, not to mention the considerable areas with individual shrubs or trees. The forests of the reserve are typical of the dry subtropical zones, with low trees and numerous patches of bare ground. The dominating species is the juniper (Juniperus seravshanica), covering 24 % of the area and growing mostly at middle altitudes. However, most of the juniper forests in the reserve are rather thin.

The fish fauna of the Chatkal Reserve is very poor, with only 4 species living in the rivers: the marinka, two species of loach and the Turkestan catfish.

The territory of the reserve is difficult to pass, with numerous steep-sloped areas which are absolutely impassible and only a few horse paths that may be used to travel the reserve. In spring and early summer crossing the rivers in Bashkyzylsay and Maydantal becomes very dangerous. Both sections are deeply intersected with river valleys. The average steepness of the slopes ranges from 20 °C to 40 °C, about 15 % of the slopes are steeper than 40 °C and only 10 %, mostly narrow ridges, the terraces of valleys and several plateaus, are gentler – from 5 °C to 20 °C. To visit the reserve it is necessary to obtain a permission.

Tourist objects and attractions in the Chatkal Reserve and its neighbourhood.

The territory of the reserve and the surrounding areas include a number of tourist objects. The most interesting of them are: 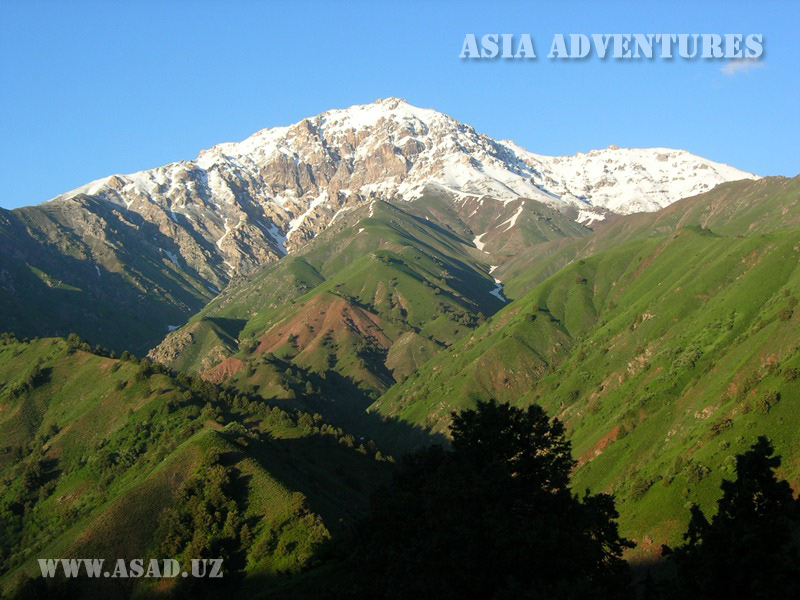 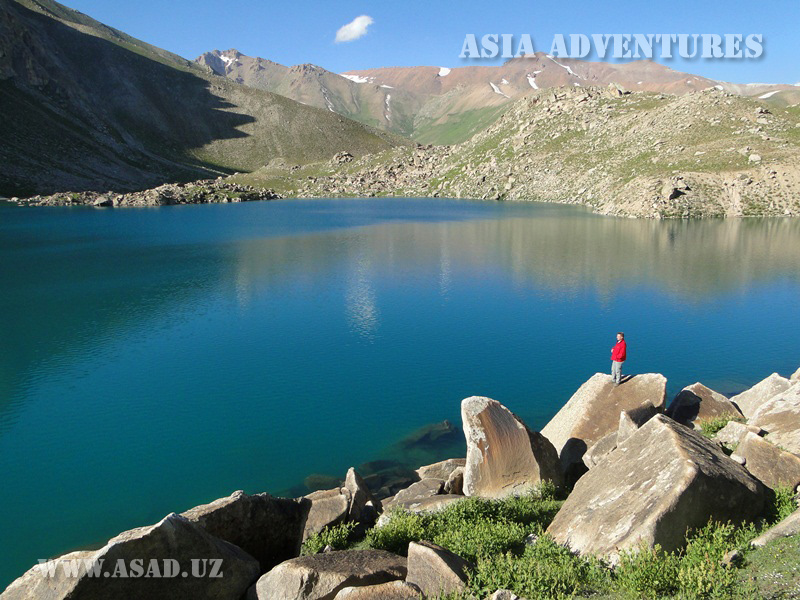 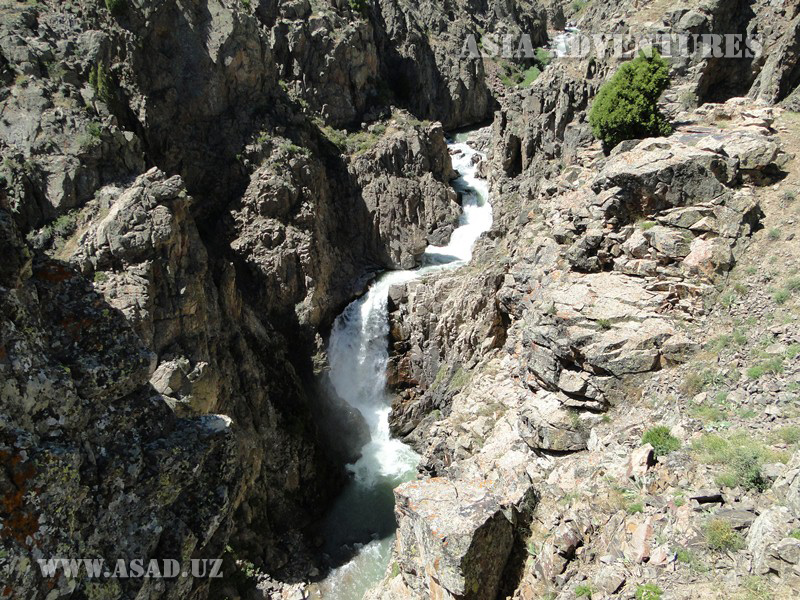 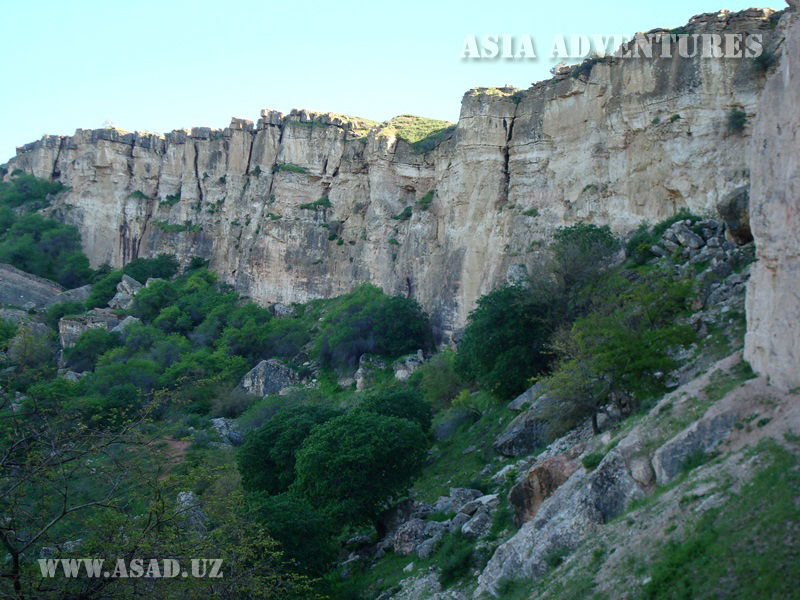 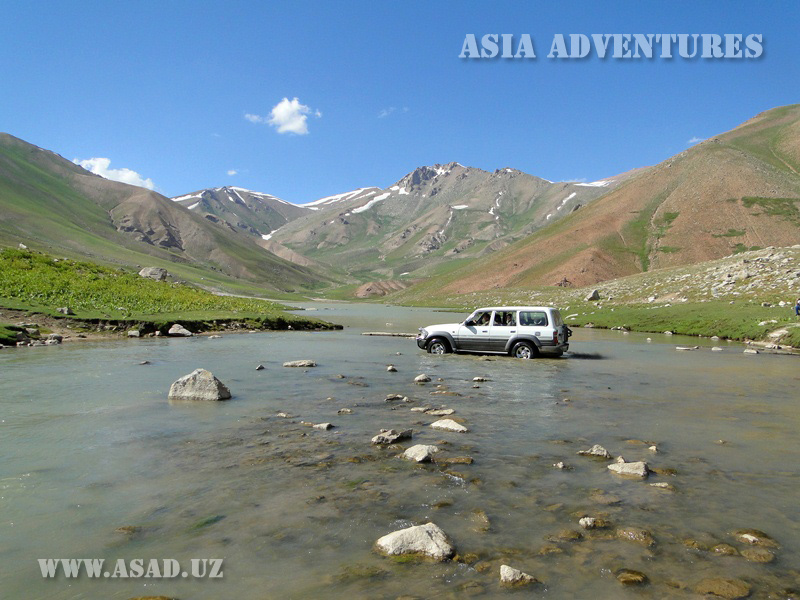 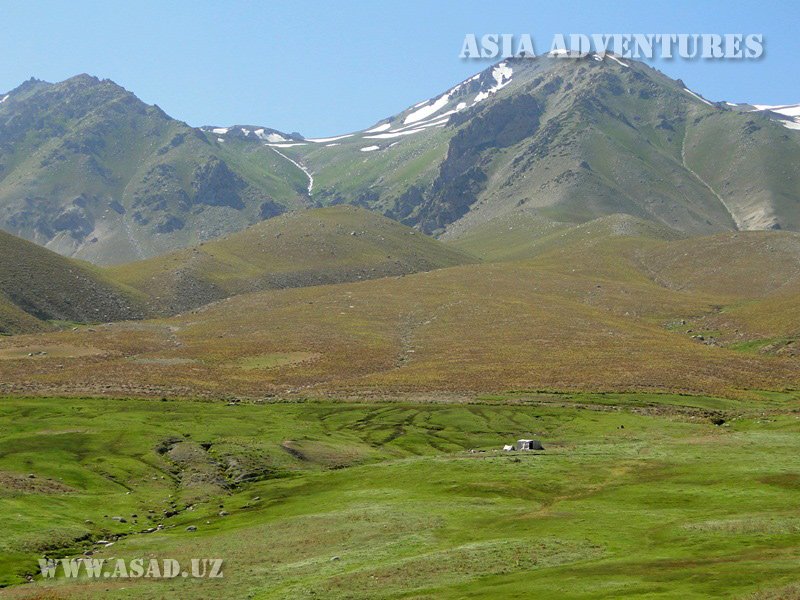 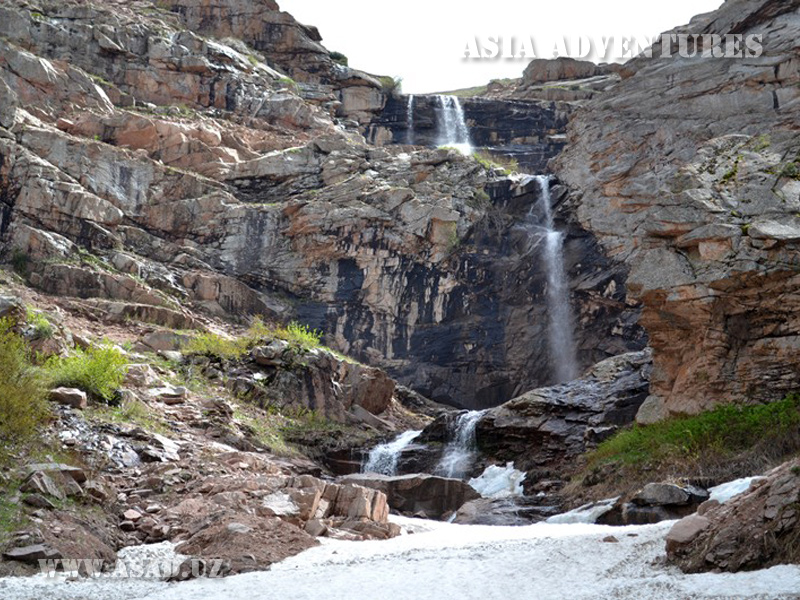 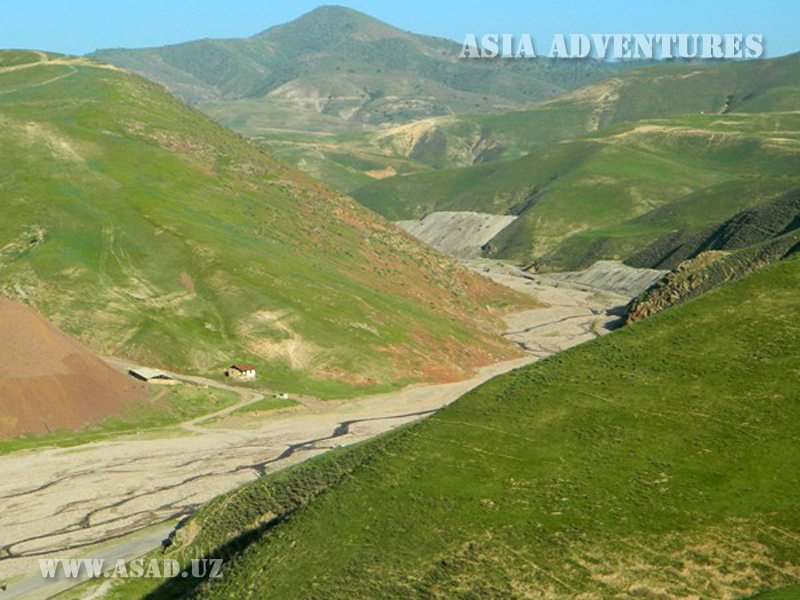 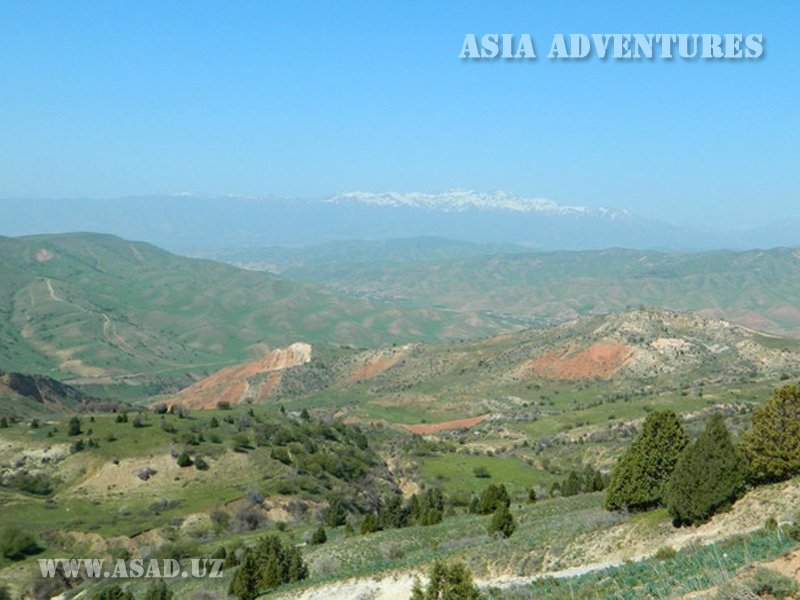