Sarmysh is a gallery of rock paintings in the open air.

The Sarmysh gorge situated on the southern slopes of the Karatau range, 40 km northeast of the administrative centre Navoi, is a unique natural, historical and tourist object. The black basalt walls of the gorge polished by winds contain over 4,000 petroglyphs (ancient images on rock). There cannot be found many places on the earth with such concentration of ancient drawings on a limited area. The images found on the rocks of the Sarmysh gorge are of different style and technique. Some of the petroglyphs were drawn with ochre ground with fat. Others were probably cut on the smooth surface of the shale rock with some metal tools.

The earliest images date back to the Stone Age. They mainly present prehistoric hunters surrounded with wild herbivores and predators. Petroglyphs of a later period show ritual and domestic scenes from the life of ancient people. Most of the animals depicted in this series of images are domestic, including dogs, sheep and camel. The latest rock paintings belong to the Scythian period and generally contain armed men and rulers. Some of the petroglyphs stand quite apart, however: abstract figures of unknown origin and period interpreted by different experts as cultic or religious symbols, and images of the so called extraterrestrials – two-headed human figures in spacesuits. 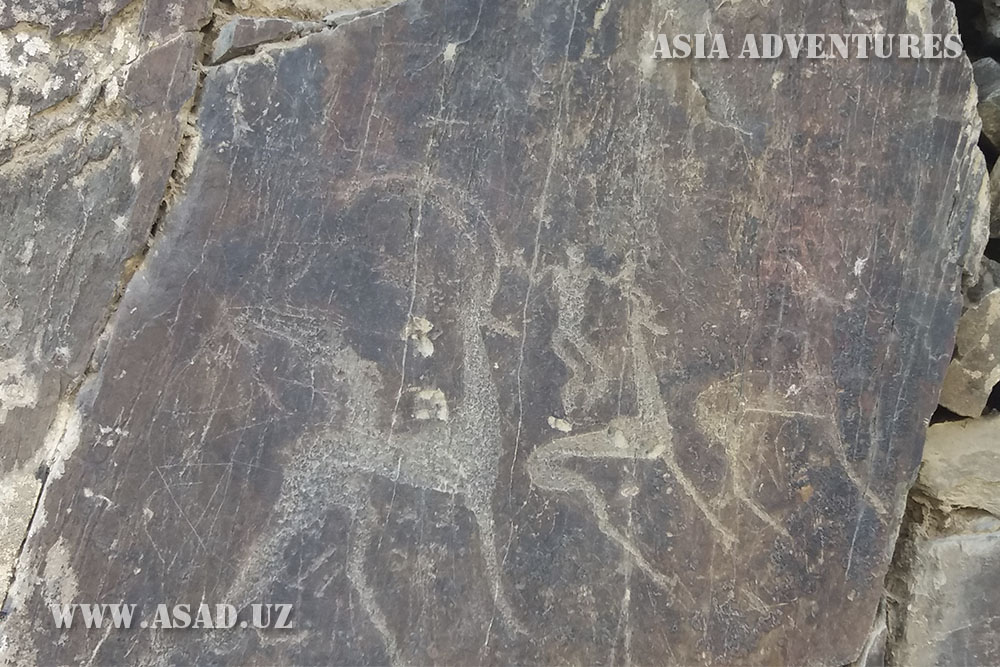 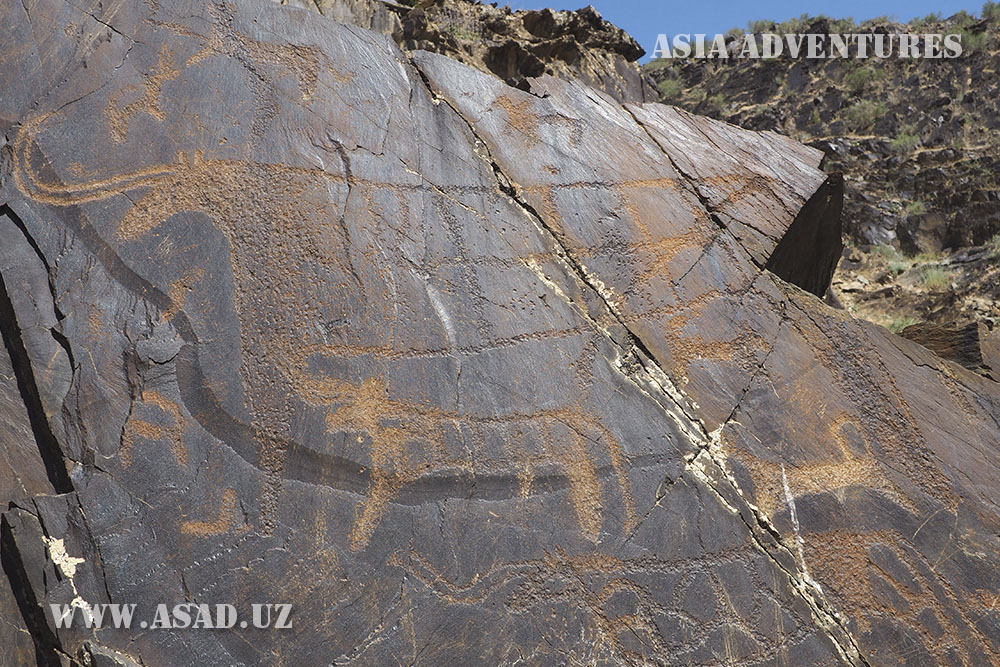 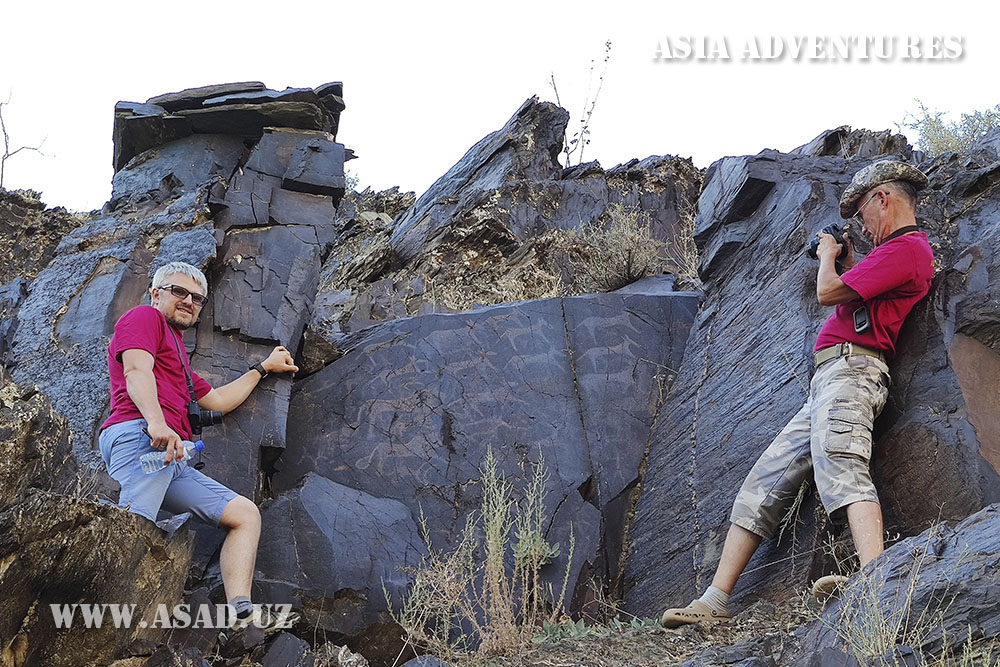 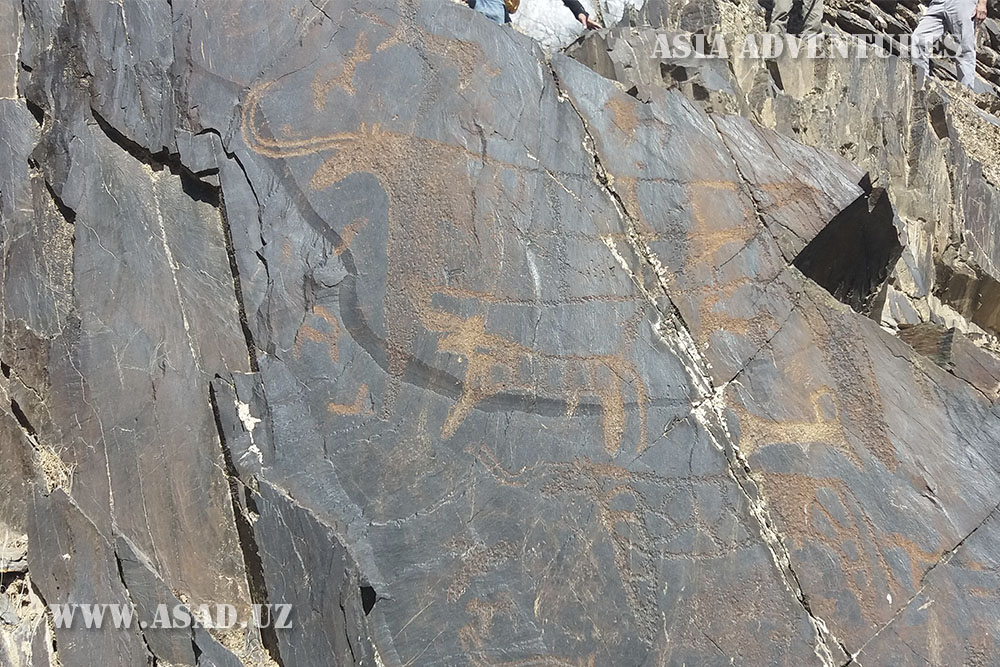