The Surkhan National Reserve is situated in the northwestern part of Sherabad district, Surkhandarya province, Uzbekistan, and consists of two independent sections: Aral-Paygambar Island and the eastern slope of the Kugitang-tau Range. In 1971 a reserve was organised on Aral-Paygambar Island, 3,092 ha in area, with the purpose of conserving the ecosystem of the riparian forest and the natural population of the Bactrian deer, which had been included in the IUCN list and the Red Book of the former USSR. Recently, Aral-Paygambar Island has been transferred to the border protection services following a decision by the government of the Republic of Uzbekistan.

In 1986 the Kugitang Reserve was united with the Aral-Paygambar Reserve to form the Surkhan National Reserve. Currently, the Surkhan Reserve is situated on the southwestern spurs of the Hissar Range of the Pamir-Alay mountain system at an elevation of 1,500 m to 3,157 m above sea level. The south of Uzbekistan is intersected by numerous spurs of the Hissar Range, such as Yakkabag, Chakchar, Baysun, Kugitang and Surkhantau mountains, which adjoin the Kyzylkum desert. In the west the reserve is bordered by the territory of Turkmenistan, where there also are three reserves situated close to the boundary. This makes it possible to organise a transboundary reserve with the purpose of conserving the biodiversity of the Kugitang mountains. The total area of the reserve is 24,583 ha, 9,284 ha of which are occupied by forests.

The climate in the reserve is continental, with much heat and sunlight, low humidity and strong hot winds blowing from Afghanistan. In winter the temperature rarely drops below zero, with averages ranging from 2 °C to 3.5 °C depending on the altitude. In different years the maximal temperatures fluctuate considerably, from 32 °C to 52 °C. The average annual precipitation ranges between 405 mm and 410 mm, falling as snow and rain generally in autumn, winter and spring. The snow cover forms in the second half of December and remains till February. The number of days in a year when the temperature does not fall below 0 °C is 284-289.

Currently, the Kugitang Reserve contains 578 species of vascular plants which form 269 genera and 55 families, with 23 of the vascular plants included in the Red Book of Uzbekistan. Many of the plants are unique, endemic to the Kugitang Range. They include Astragalus willisii M. Pop., Astragalus subschachimardanus M. Pop., Astragalus plumbeus Gontsch., Zygophyllum bucharicum В. Fedtsch., Allochrusa gypsophiloides (Regel) Schischk.

The fauna of the reserve is a natural complex typical of the Central Asian mountains. There have been recorded 23 mammal species in the territory of the reserve. The mammals and birds of the area are represented by species characteristic of the southern part of the Palaearctic region. The reserve still features the striped hyena (Hyaena hyaena) and Persian leopard (Panthera pardus), both very rare and highly endangered in the territory of Uzbekistan. However, the leopard has been recently encountered several times, and the reserve’s workers have recorded the footprints of the hyena. The other two endangered species of the reserve are the markhor (Capra falconeri) and Afghan urial (Ovis vignei bocharensis). The number of the markhors in the territory of the reserve is 160-180 specimens. The Afghan urial inhabiting low arid mountains and foothills is even rarer, with 20-25 specimens supposed to be living in the reserve. Apart from these, the reserve features several other rare species which are to be protected and restored. They include a large bat (Otonycteris hemprichi), the Turkestan lynx, the quantity of which is constantly decreasing, and the goitered gazelle (Gazella subgutturosa), which has considerably dropped in number in the last few decades. Species that are not endangered are the fox, jackal, badger, tolai hare, long-eared hedgehog, wild boar and others.

The number of bird species recorded in the reserve exceeds 200, with 74 species in the mountain area and 143 on Aral-Paygambar Island, all forming 91 genera, 43 families and 15 orders. Among rare and endangered species nesting in the territory of the reserve are the white stork (Ciconia ciconia), black stork (Ciconia nigra), bearded vulture (Gypaetus barbatus), griffon vulture (Gyps fulvus), black vulture (Aegypius monachus), serpent eagle (Circaetus gallicus), golden eagle (Aquila chrysaetos) and some others. 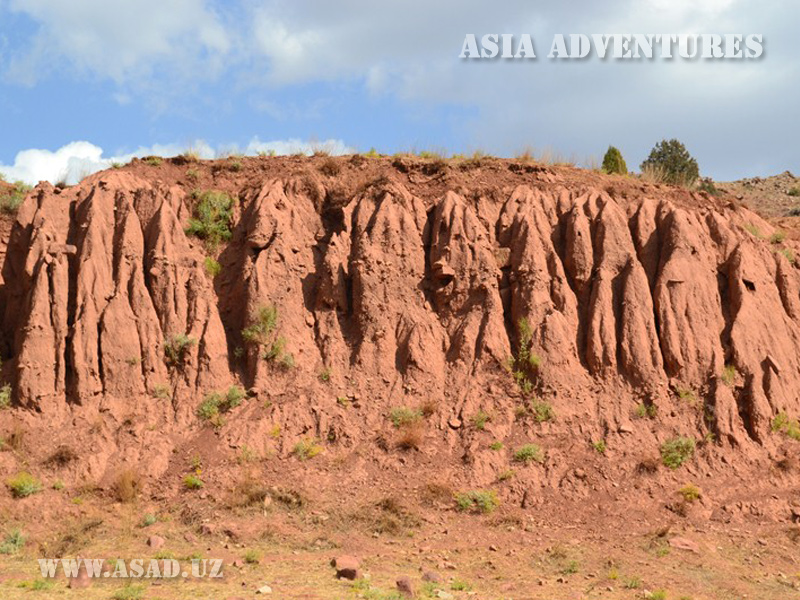 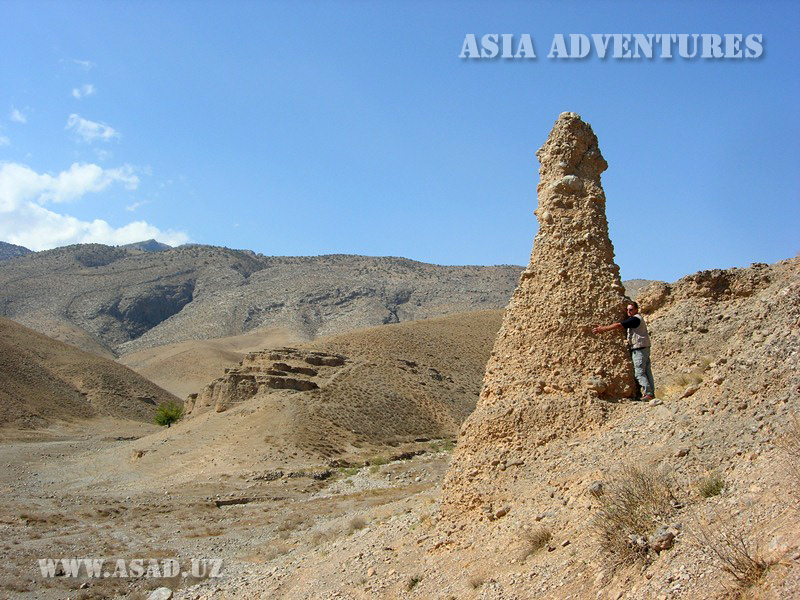 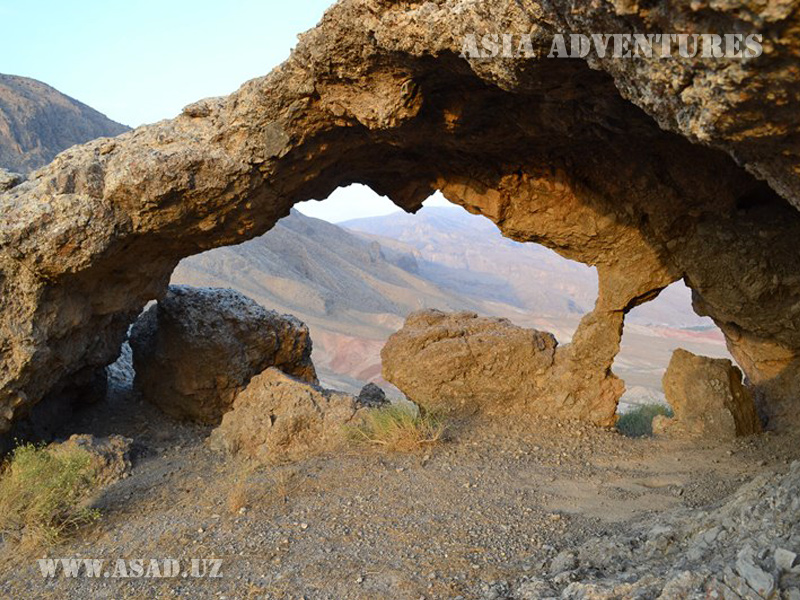 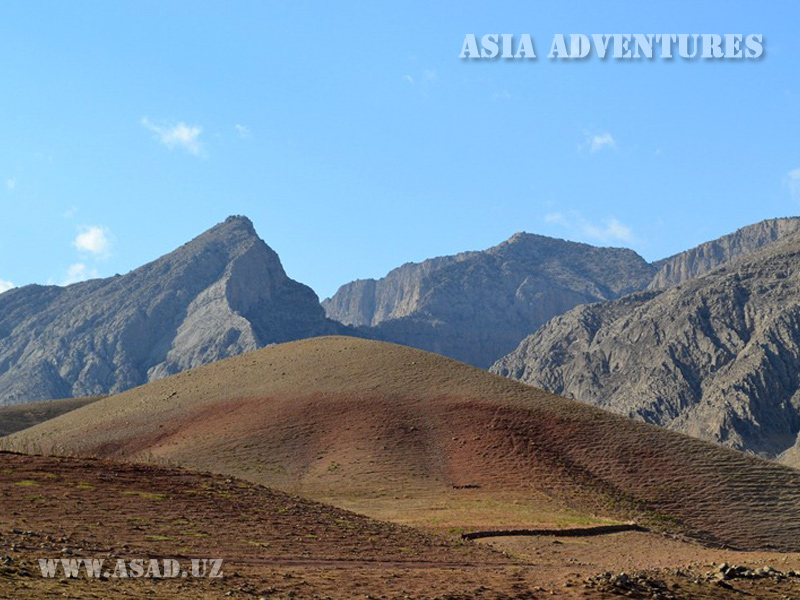 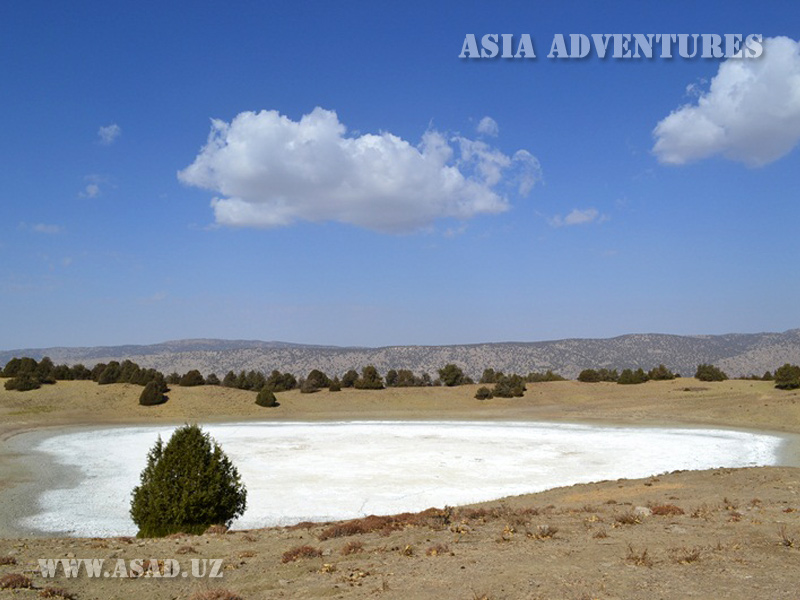 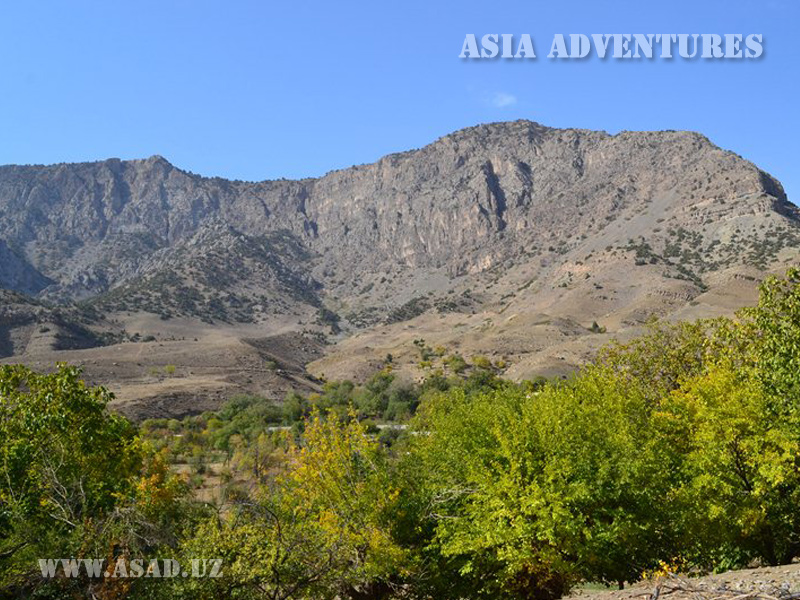 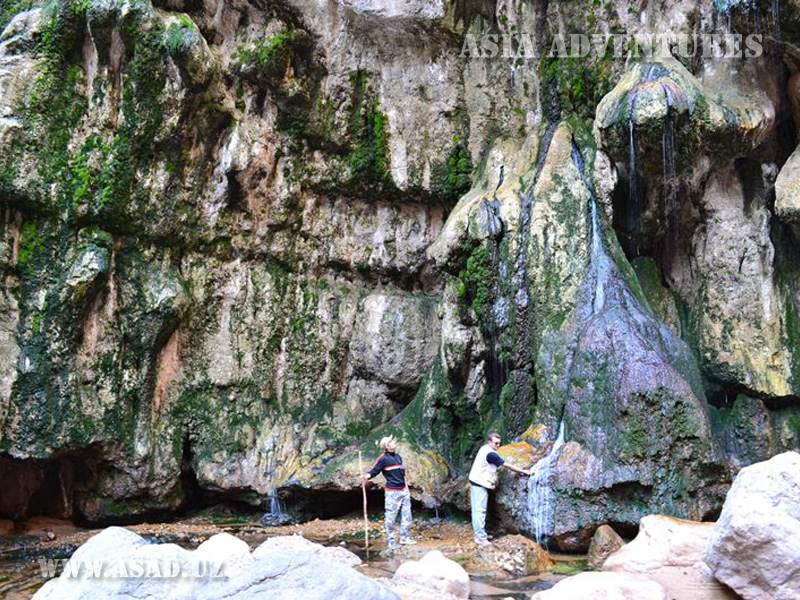 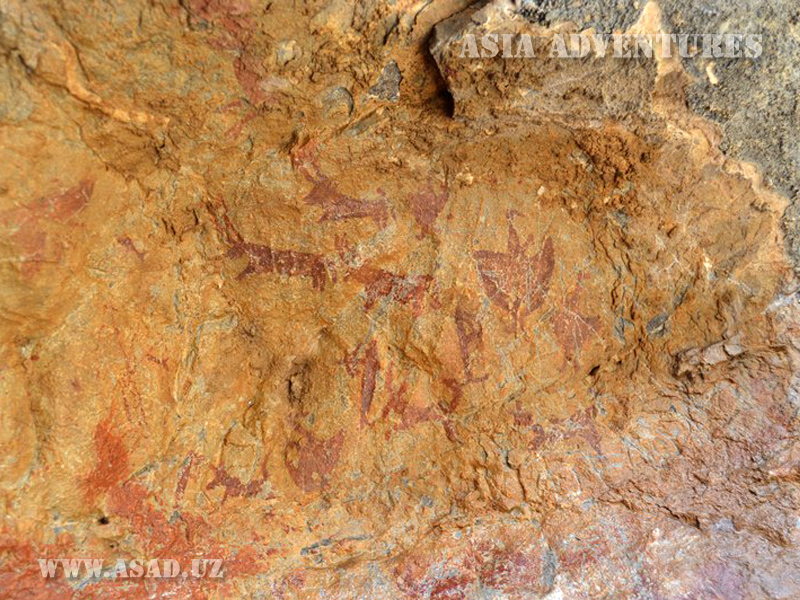 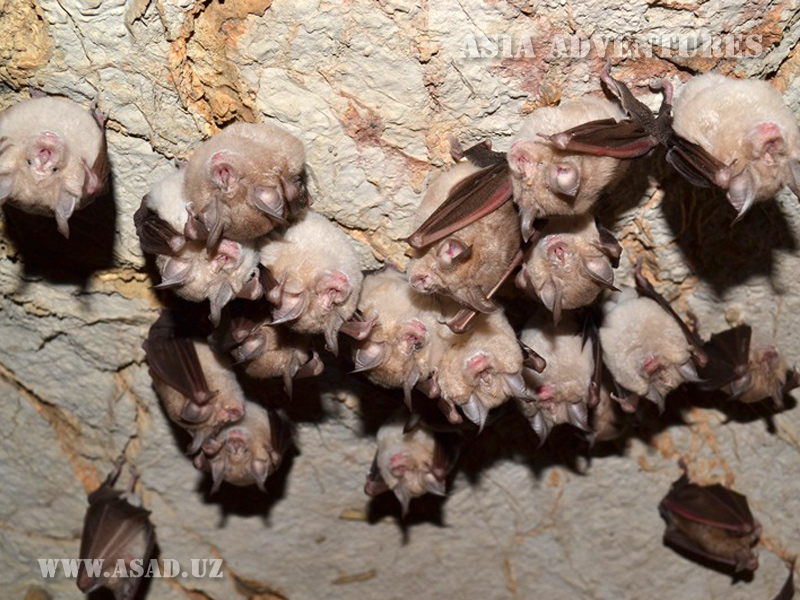