Where the head is turned by the aroma of spices: red pepper, black pepper, turmeric, barberry, raikhon (Basil), zira... something that no Uzbek dish can do without.

Where under the blue dome you will be invited to taste dried fruits and nuts, so that you can not refuse to buy. Where you will be fascinated by a variety of sunny fruits. Where iridescent patterns on silk fabrics and embroidery on national clothes make you smile.

Where it is impossible to resist touching the centuries - old history of the people in ornaments on dishes, bowls,... on wooden boxes... where small ceramic men in bright national clothes, smiling warmly at everyone, invite you to become a part, at least for a while, of this Eastern world and give its small part to yourself.

Where the unusual, head-turning aroma of spices will definitely leads to where these spices are revealed and, distracting from the contemplation of colorful fruits, bananas, fabrics, national clothing ... give a gastronomic pleasure hidden in the national Uzbek cuisine: pilaf, shashlik, shurpa, samsa, bread… which in a wide variety surprise and tempt you.

It seemed that Chorsu has always existed, and if the mosaic green-blue two-story dome appeared relatively recently, only in the last century, the Bazaar itself has existed since the early middle ages, with a small fair at the intersection of trade "flows" of the Great Silk Road. 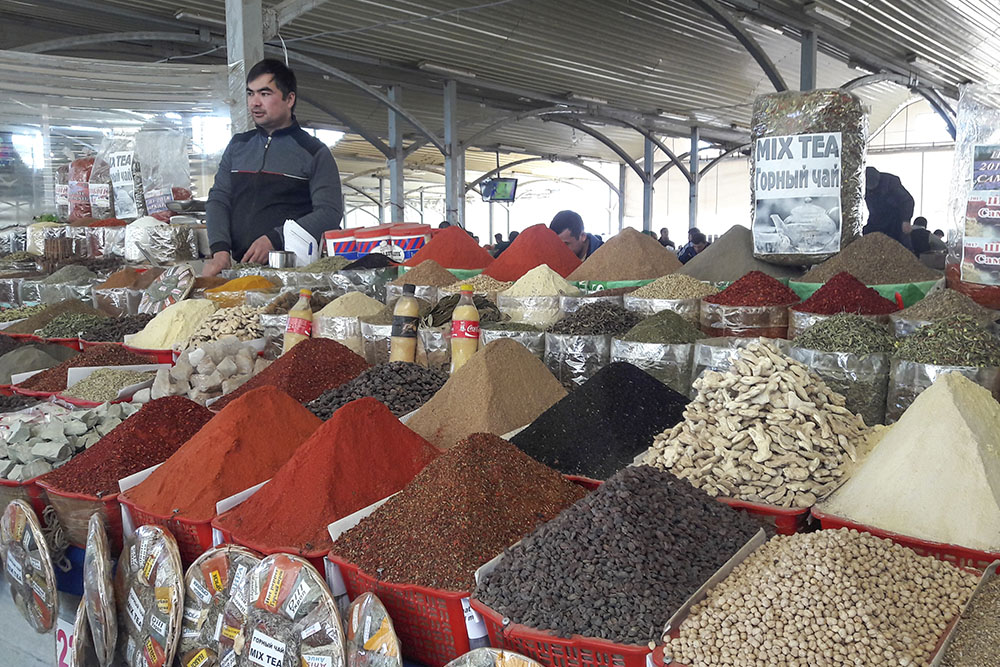 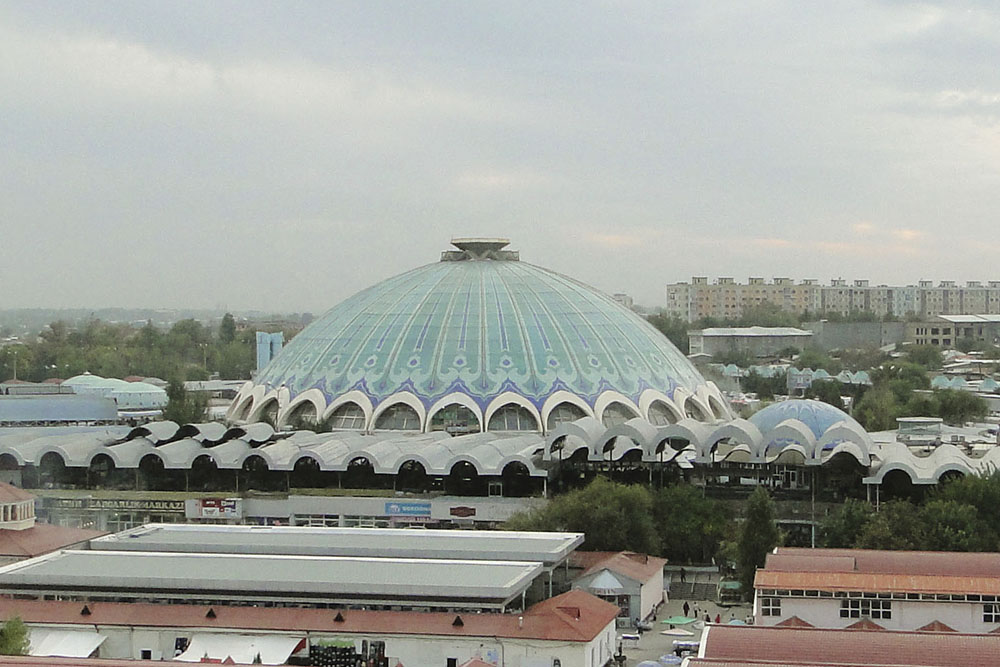