The Uzbek kurash is one of the most ancient types of traditional wrestling in the world and, probably, the most popular amusement in Uzbekistan. There is no holiday in Uzbekistan that goes without kurash. This sport does not require a special ground or a gymnasium. In the former times people were wrestling on the ground, sometimes covered with carpets. The rules are simple and democratic. Kurash is acceptable to both the young and the old. Holidays often feature wrestling with the participation of grey-bearded old men.
more...


Kurash requires much strength and stamina and is not characterised by complex technique and tactics. Wrestling in a recumbent position is prohibited in kurash. The contestants may wrestle only when on their feet, and are only allowed to throw or trip the opponent. Any blows, painful grip or stranglehold, as well as catching below the waist, are explicitly forbidden. All this makes kurash a simple, clear, spectacular, dynamic and safe sport. .

In the 14th century Tamerlane used kurash as a part of a training programme for his soldiers. As is well-known, Tamerlane’s army conquered half of the world and was never defeated. Centuries afterwards kurash has become one of the favourite and esteemed traditions among the peoples populating the territory of contemporary Uzbekistan. The Uzbeks say that they have kurash in their genes, in their blood. Today there are about two million people in Uzbekistan going in for this sport. 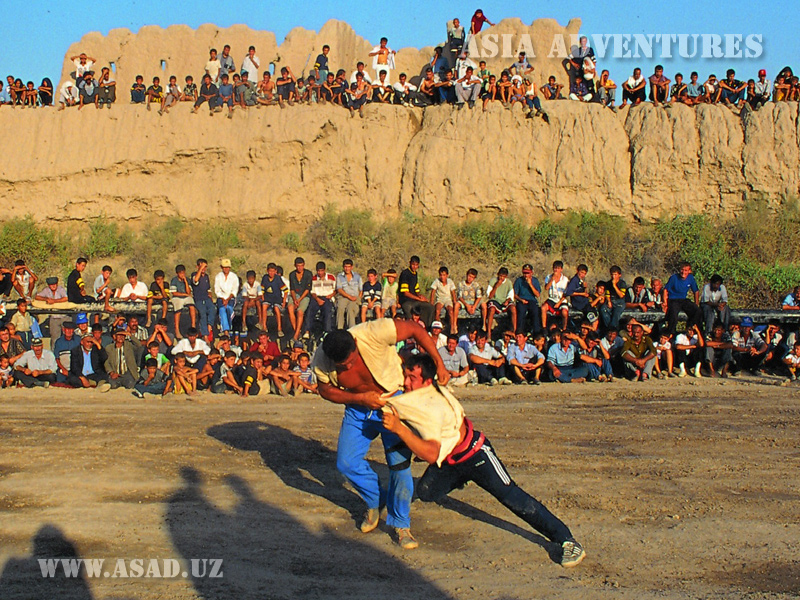 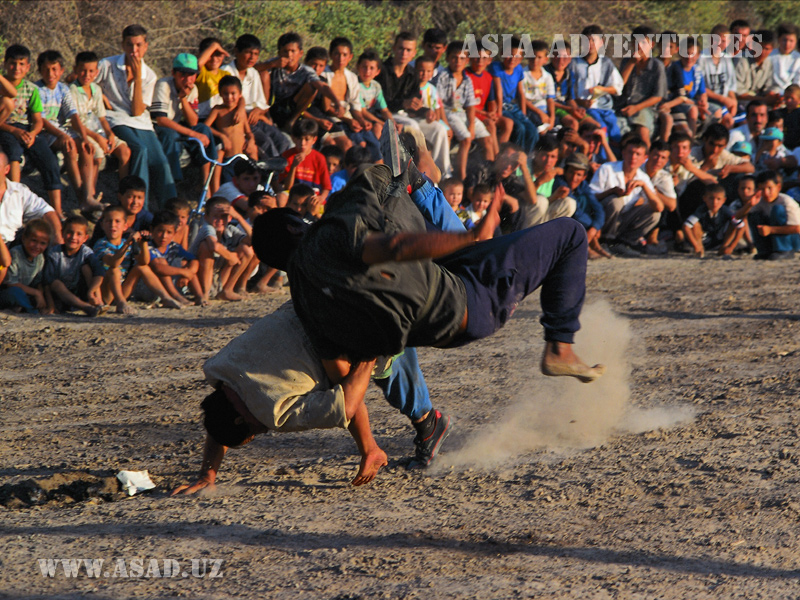 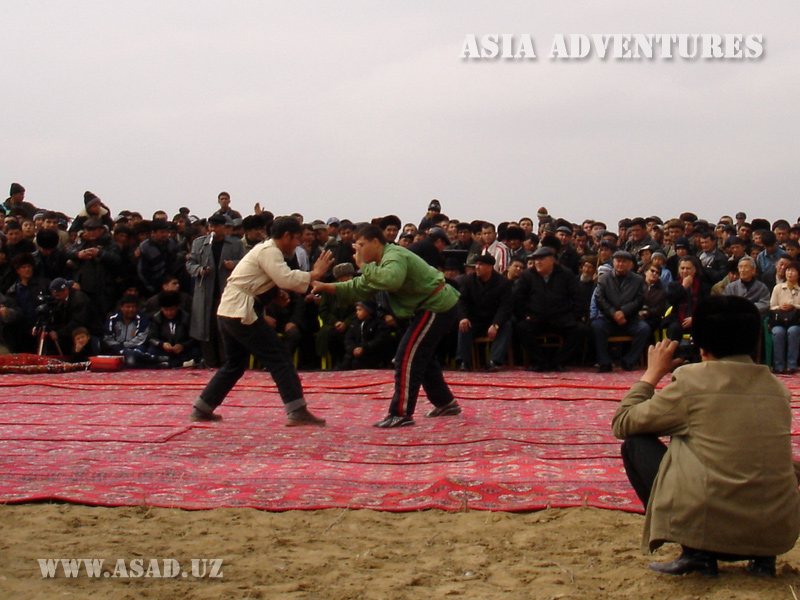