The Shark Taronlari International Festival is the most popular and prestigious song competition and festival in Central Asia. The festival is organised in the famous Registan Square in legendary Samarkand once in two years. In 1997 the event initiated by President of Uzbekistan Islam Karimov took place for the first time. Shark Taronalari will be held from 26th to 30th of August.
more...


The festival is a competition between performers of ethnic music representing countries from all over the world.

In 2017 over 250 solo performers – singers and dancers – and music bands from 60 countries around the world came to Uzbekistan to take part in the major international event.

Most of the ensembles perform the folk music of their own countries, which distinguishes the festival from other music events. Songs in different languages pour from the stage, while the visitors can enjoy the view of spectacular folk dances from performers in traditional costume.

Alongside the main stage in the Registan Square, the festival spreads onto other sites, such as schools of music and arts and parks of culture and recreation in Samarkand and other places across the province.

The festival takes place simultaneously with an exhibition fair, where one can purchase articles of applied arts, traditional musical instruments and paintings dedicated to the musical culture of Uzbekistan.

The opening and closing are the brightest and most spectacular moments of the festival, with several hundreds of performers from all over Uzbekistan taking part in the shows. 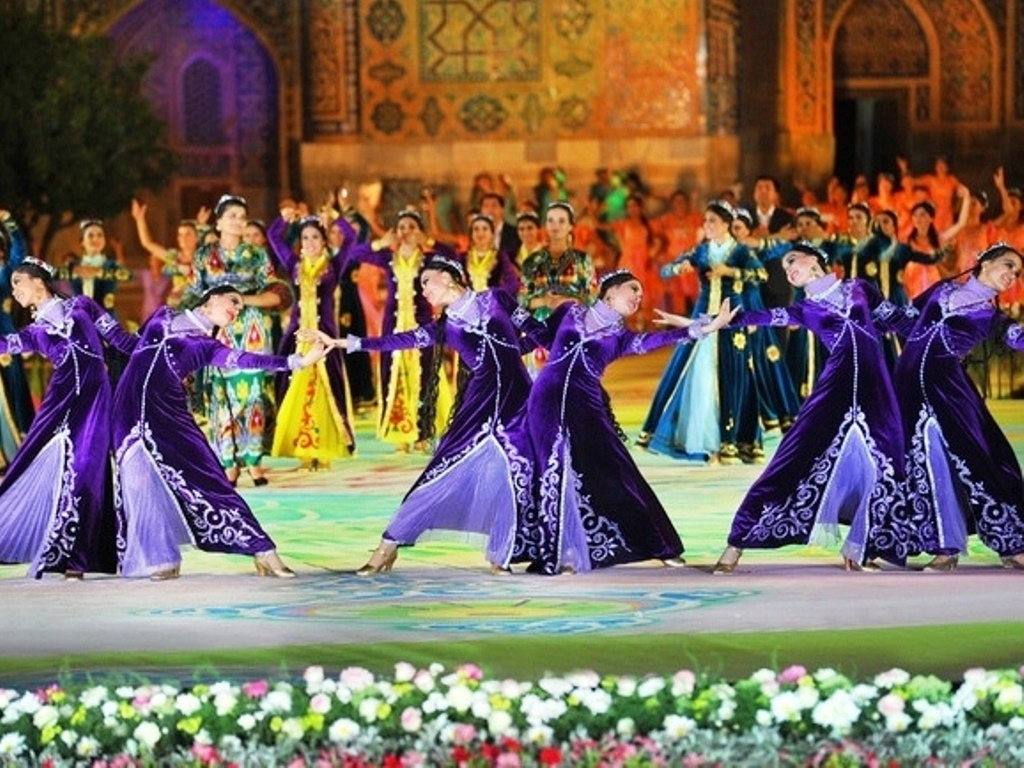 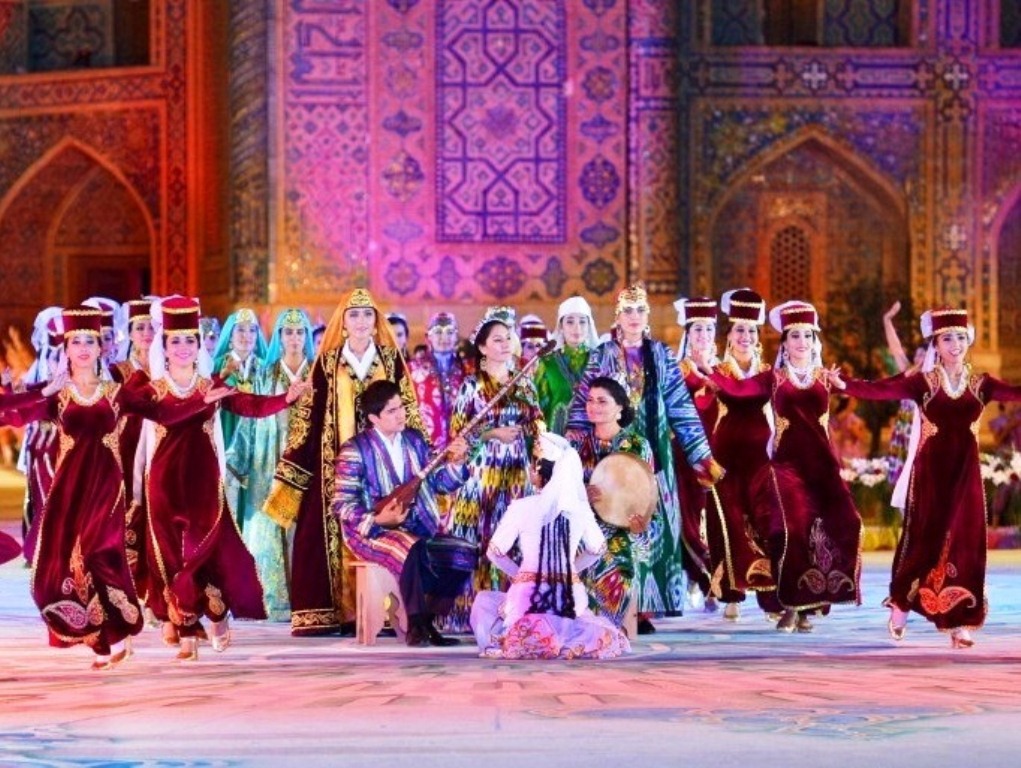