Gur-Emir (translates as ‘the grave of the emir’) is the place where Tamerlane is buried together with his sons and grandsons. Initially, the mausoleum was built for Muhammed Sultan, Tamerlane’s grandson, who died young in 1403, during a military campaign. Shocked by the death of his favourite grandson whom he regarded as his heir, Tamerlane ordered to build a mausoleum in the territory of the ensemble of Muhammed Sultan. Muhammad Sultan was the son of Tamerlane’s eldest son, Jehangir, and often substituted his grandfather on the throne in Tamerlane"s absence.more...

The mausoleum is a one-dome construction with a burial vault. The octagonal body of the building is crowned with a ribbed dome (14.5 m in diameter, 12.45 m in height) on a tall drum. The dome is the main decorative element of the mausoleum. The thick blue-and-turquoise twisted strips make the dome particularly expressive.

The interior of the mausoleum, the greatest part of which was accomplished by Ulugbek in 1424, is beautifully and richly decorated. The ornamental painting is made with the use of a special technique: papier-mâché palmettes in relief are covered richly with gold leaves. The panels are faced with onyx.

Encircled by low marble railings, eight tombs are disposed in strict succession: those of Tamerlane, his sons Shakhrukh and Miranshakh, his grandsons Muhammed Sultan and Ulugbek, his great grandsons (two sons of Ulugbek who died very young) and Sheikh Seid Bereke, Tamerlane’s spiritual teacher, at the head of all the others. Tamerlane’s gravestone cut of a whole piece of dark green nephrite and installed by Ulugbek, with Tamerlane’s genealogy written on it stands out among the rest of the tombs. Under the floor there is a burial vault containing actual graves arranged in the same pattern as the decorative tombs above.

In the court of the mausoleum there is a famous piece of rock taken there from the throne room in Tamerlane’s citadel. The rock is called Kok-Tash and at the time of the Sheybanid dynasty (16th century) served for the coronation ceremony.

The majesty and lightness of architectural lines and forms, the richness of many-coloured mosaics, the monumentality and symmetry of proportions and the decorativeness of the interior ornamentation place the Gur-Emir mausoleum among the most unique monuments of Central Asian architecture.

The scientific examination of the graves in the Gur-Emir mausoleum carried out in June 1941 discovered that the bodies buried there were actually those of Tamerlane, Ulugbek, Shakhrukh, Miranshakh and Muhammed Sultan. The sculptor and anthropologist M. Gerasimov was able to reconstruct the features of Tamerlane and Ulugbek. Besides, he confirmed the information that Tamerlane was of gigantic stature for his time (he was 180 cm tall) and that he limped heavily while walking. Later the historical information about Ulugbek having been murdered and the authenticity of the other graves were also proved true. After all the work was over, the remains were buried again.

There is a legend saying that Tamerlane"s grave must not be open so as not to let out his warlike spirit. It may well be a coincidence, but Tamerlane’s grave was disclosed on the night between 21 and 22 June 1941, and on 22 June, at 4 o’clock in the morning, Hitler’s troops invaded USSR to continue the bloodiest war in the history in the territory of the Soviet Union... 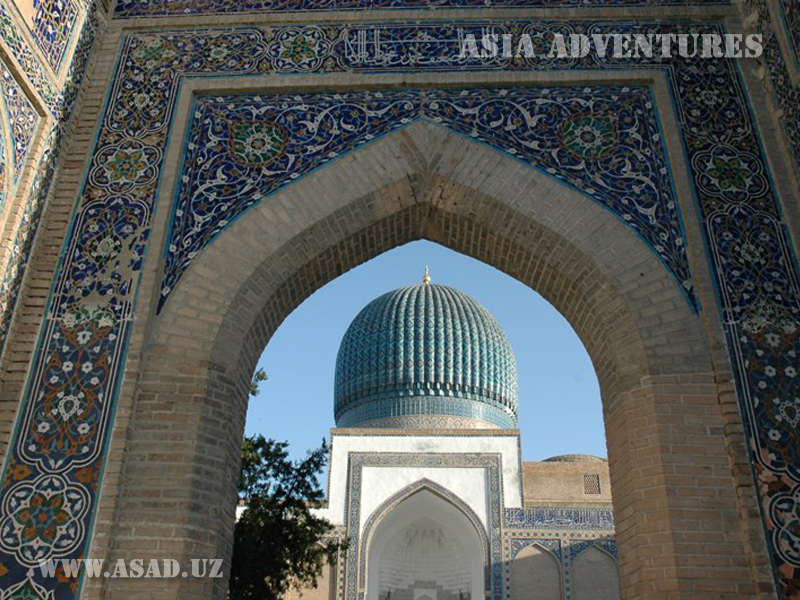 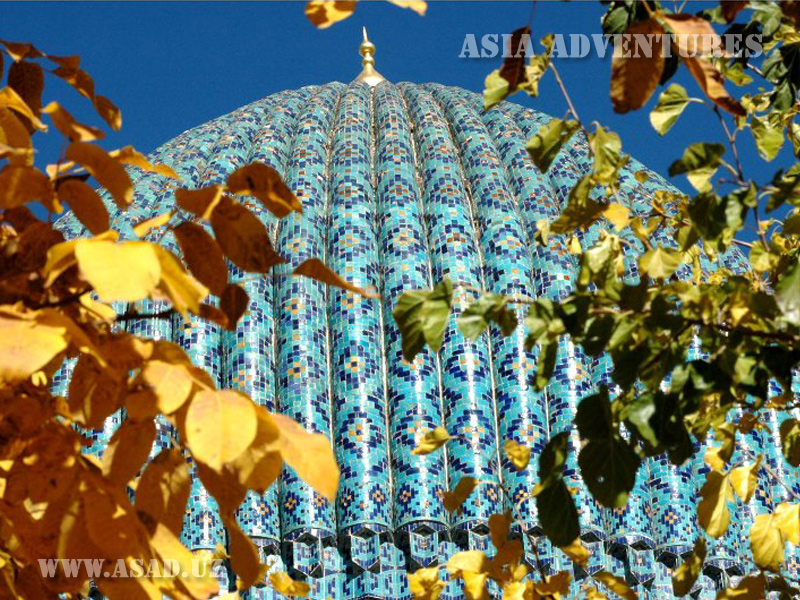 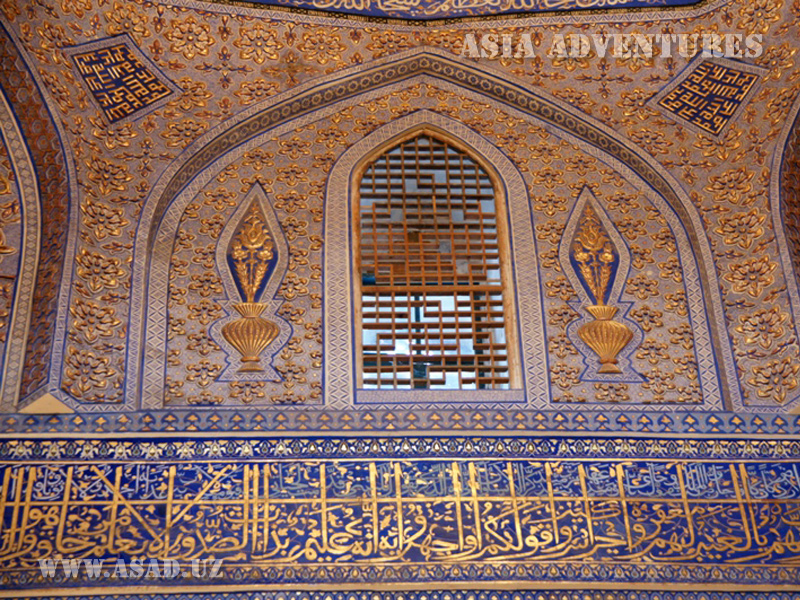 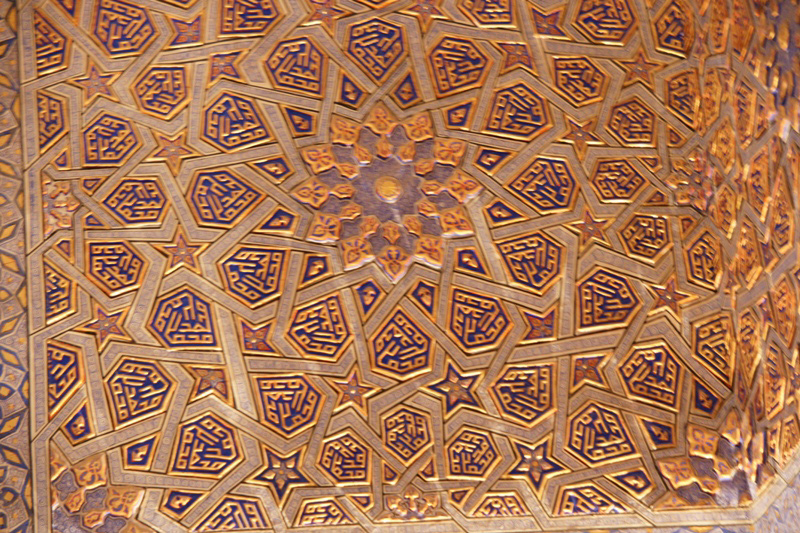 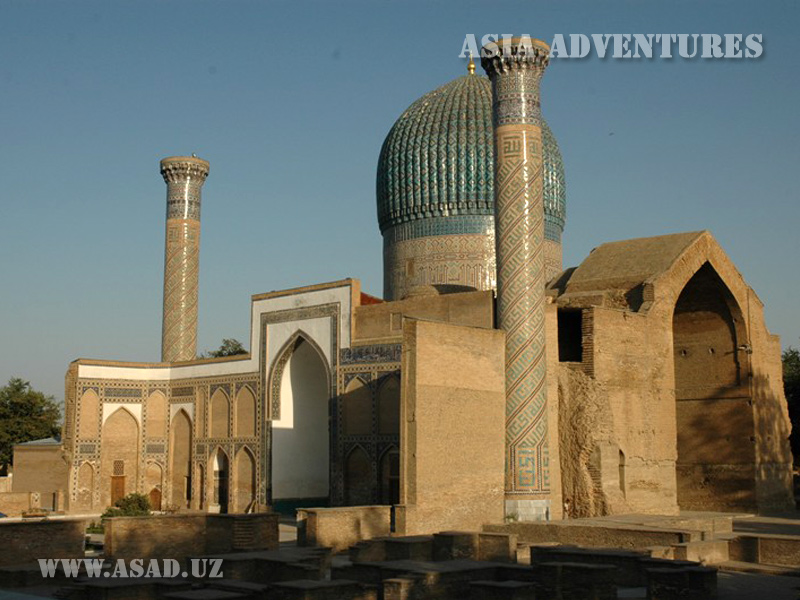 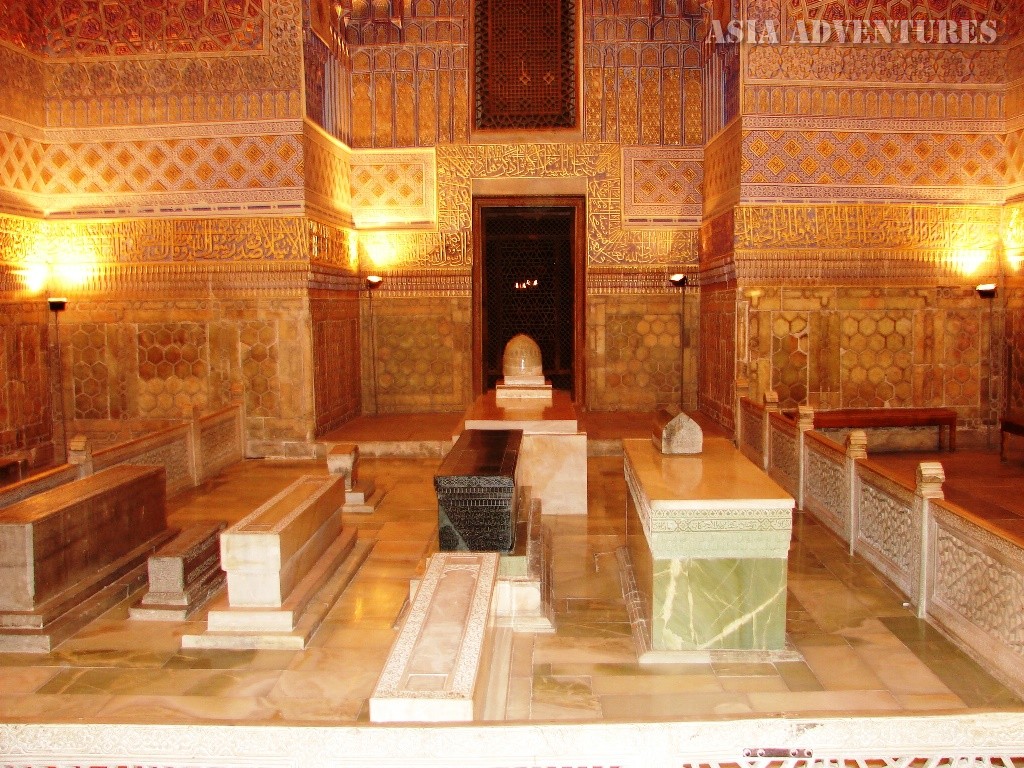 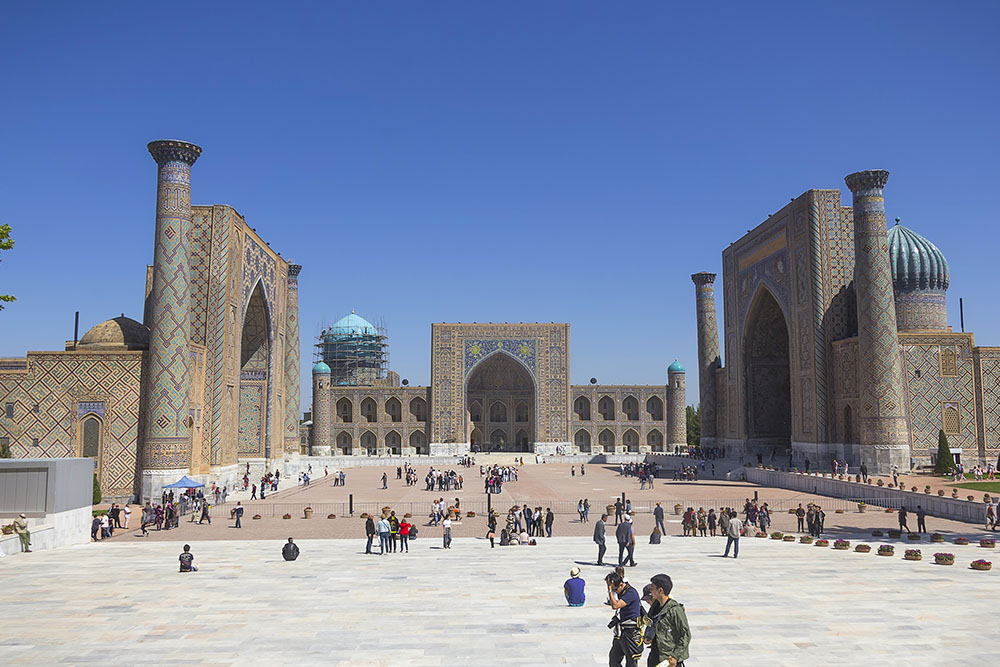