At an altitude of about 1,500 meters above sea level in the Baisuntau mountains in Surkhandarya region, there is a world- famous archaeological monument of the primitive Mousterian culture (100 – 40 thousand years BC) the Teshik-Tash cave-grotto. It was discovered in the 30s of the XX century by the local historian Parfenov G.V.

As a result of excavations in a cave 20 meters wide, 21 meters deep and 9 meters high, led by archaeologist academician Okladnikov A.P., 5 cultural layers with a total thickness of 1.5 meters were examined; signs of a fire are visible in the center of each.more...


In the upper layer remains (a skull and some bones) of Neanderthal child (according to the latest research girls) 8-10 years surrounded by several skeletons of different animals and birds were found.  Also there were horns of a mountain goat, dug into the ground strictly by a circle - that can talk about the similarity of the ritual ceremony at the burial of the dead Neanderthals.

Later, the Soviet anthropologist Gerasimov M.M. reconstructed the child's appearance and kept it in Termez Museum.

Also, 2,859 stone tools were found in the cultural layers, which were apparently used as scrapers and knives for butchering animals and other household needs.

Teshik-Tash grotto is located in a Narrow canyon near the village of Yukary-Machay. You need a local guide to find it. 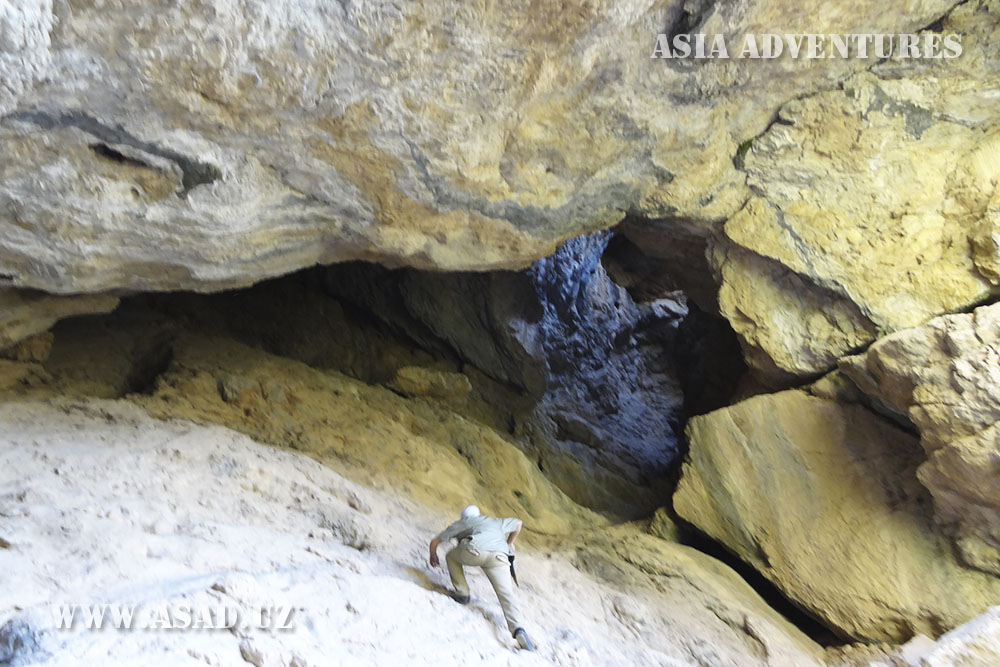 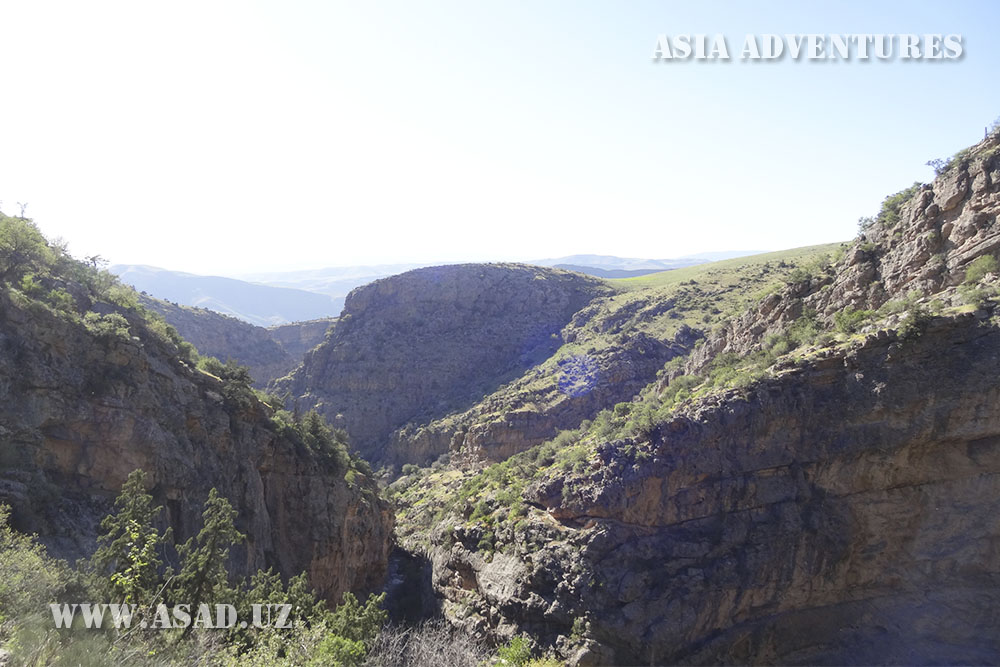 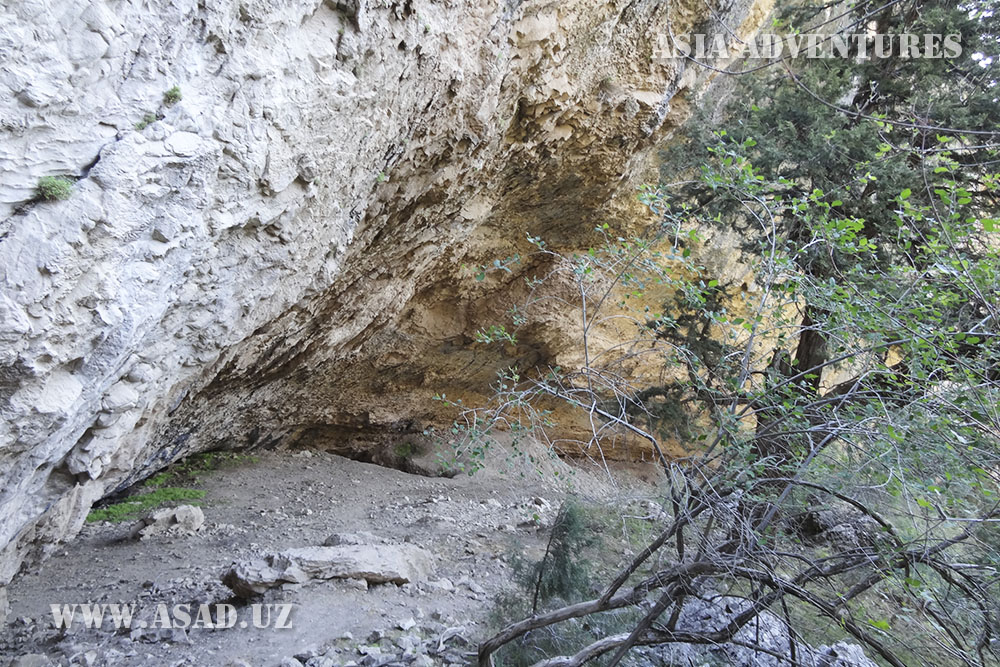 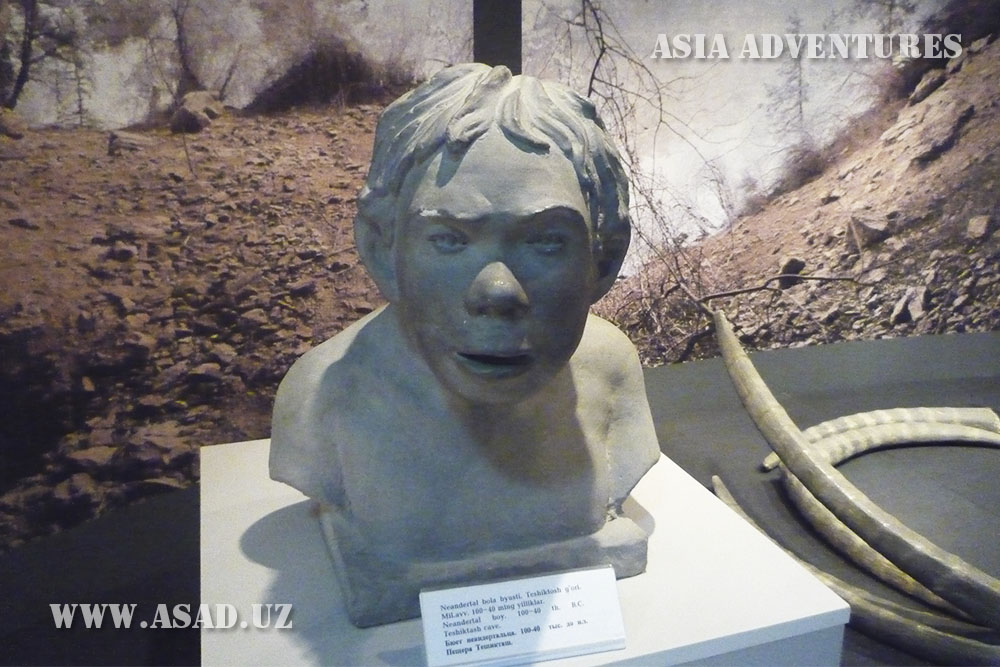