To get to the lake area, one of the most beautiful sites of the Fann Mountains, we need to have a five-hour walk from the Artuch camp on an excellent path. 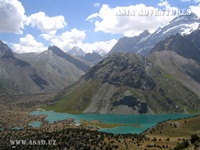 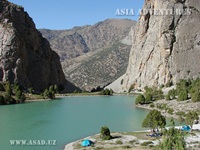