All Turkmenistan. From Bronze to Golden Age (CTM 01)

Amazing historical and cultural tour will take you to the Bronze Age to the sources of origin of one of the world"s civilizations Margiana and through ancient and medieval times to the present - the golden age of Turkmenistan. You will see the most interesting places of Turkmenistan from the unique plateau of Dinosaurs in Koytendag mountains in the east to the shores of the Caspian Sea in the west and from the lunar mountains of Girkaniya and ruins of Dehistan on the border with Iran in the south to the World Heritage Sites in Kunya Urgench in the north. You will learn not only the famous historical monuments, but also the unique nature of Turkmenistan. 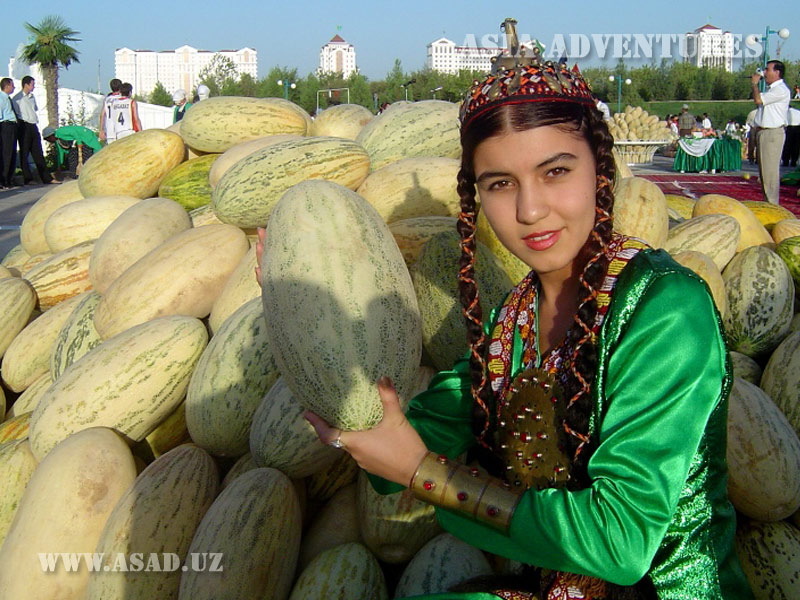 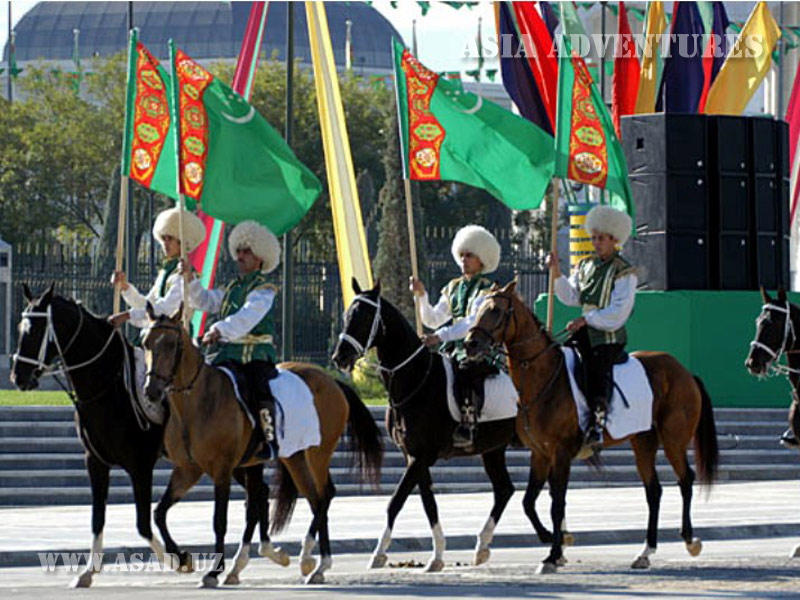 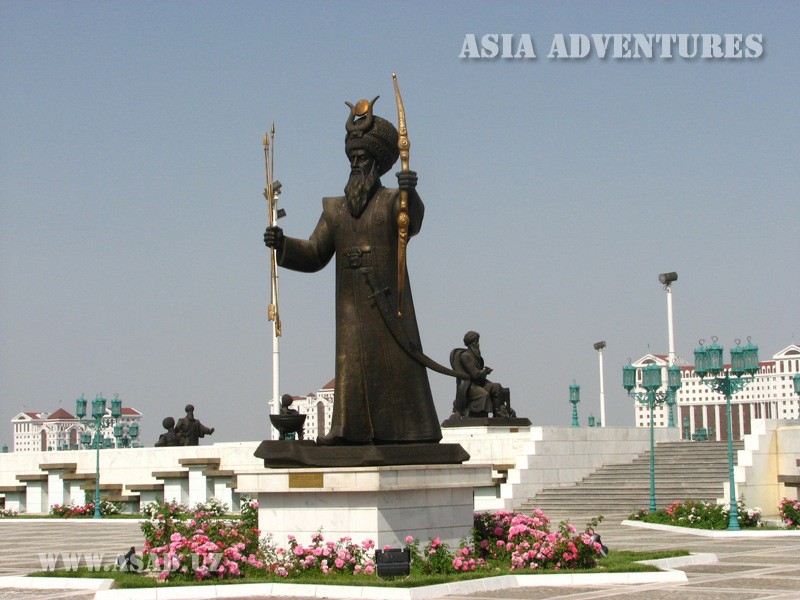 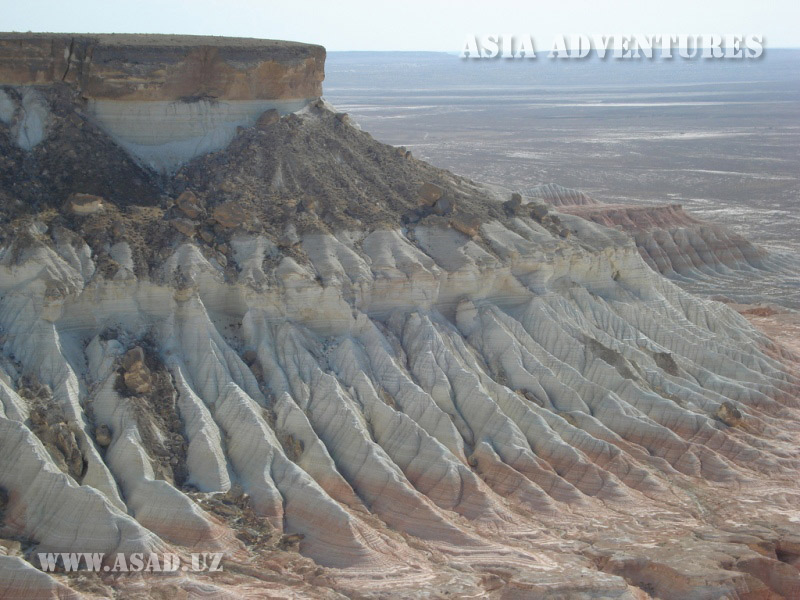 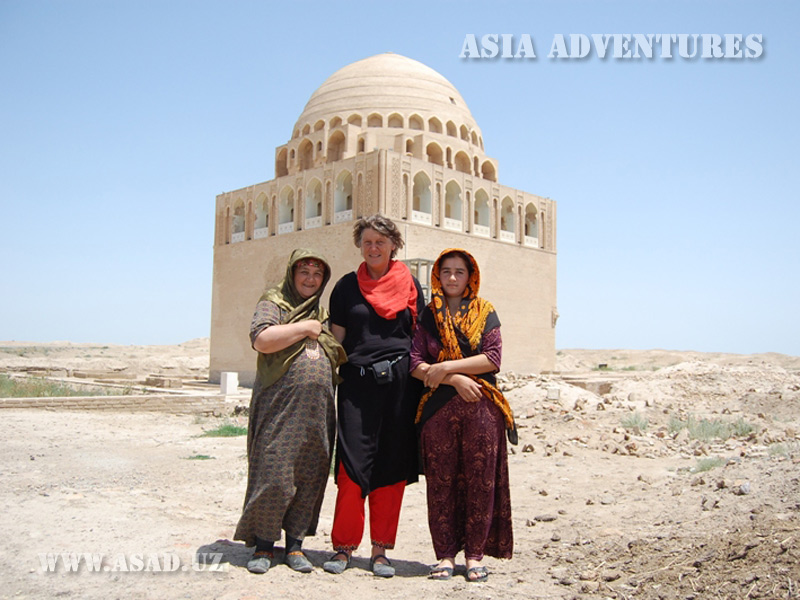 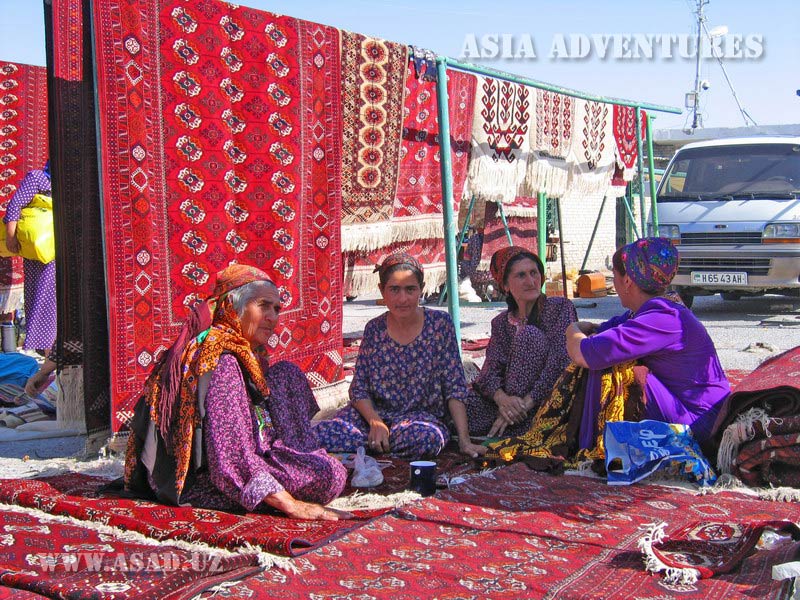 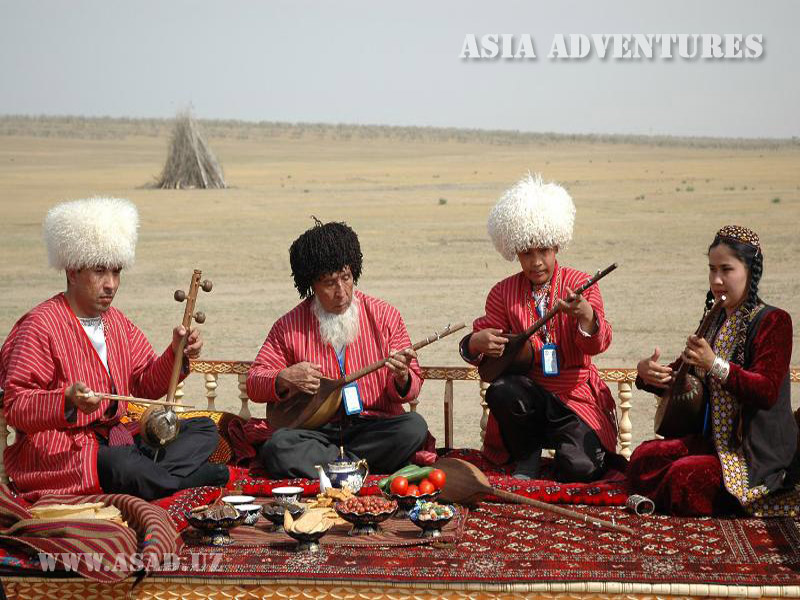 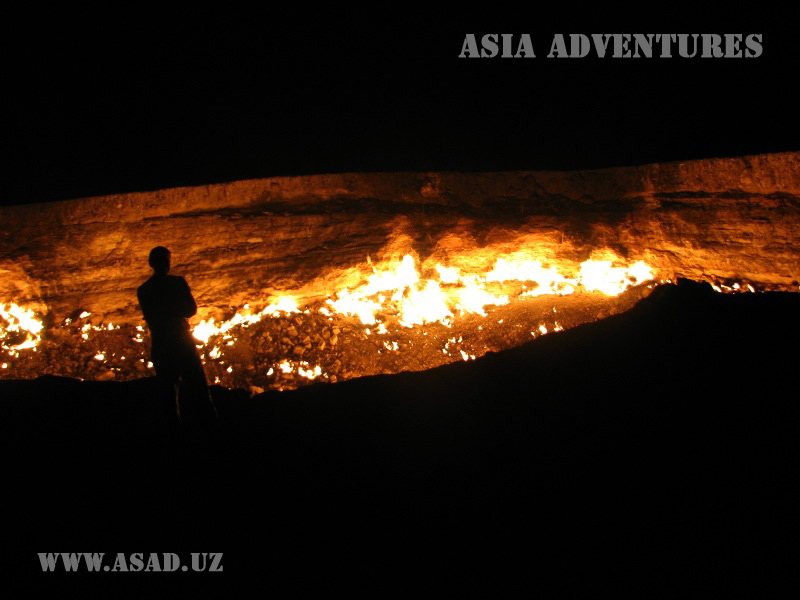 1  Arrival in Ashgabad.
Arrival in Ashgabad. Rest. After lunch - a sightseeing tour around the city. The national Museum of History and Ethnography of Turkmenistan, the Independence monument, the Memorial of earthquake of 1948, the Mosque of Ertogrul Gazi.
2  Continue the excursions.
Continue the excursions. A well-known Sunday market, where you can buy everything – from carpets and jewels to camels. Ancient Nisa (III century BC) – the residence of Parthian kings, this monument is protected by UNESCO and the ruins of Annau mosque.
3  Flight to Turkmenabad.
Flight to Turkmenabad (the former Chardjou) – a small city on the bank of Amu Darya near to the Uzbek border. Moving to Kugitang Mountains (240 km, 6 hours). There is stop for excursion of Astana Baba mausoleum (XII century) on the way.
4  Full day for walking on Kugitangu.
Full day for walking on Kugitangu: a sacred grotto of Kirk – Kiz, the plateau of dinosaurs (more than 400 prints of huge paws of dinosaurs), canyons and falls, the hot lake Kainar – Bobo (Gainar –Baba).
5  Moving to Mari.
Moving to Mari (360 km, 8 hours) through sand and saxaul woods of Karakum desert.
6  Full day of excursions in old Merv.
Full day of excursions in old Merv (a huge complex of ancient fortresses and the mausoleums, since III century BC, which is protected by UNESCO) and Margush (huge city Gonur Depe V century BC) is the center of ancient Zoroastrian Margiana – the powerful antique state: a fortress Gyaur-Gala (Alexandria-Antiohiya), the mausoleums of Sultan Sandjara and Mohammed ibn Zade, tombs of Guifari and Bureida, the ruins of a medieval fortress Keshk.
7  Moving to Ashgabat.
Moving to Ashgabat (350 km, 4 hours).You will visit the ruins of the medieval city - Abiverd on the way.
8  Moving to Moon Mountains.
Moving to Moon Mountains (settlement of Karakala of km 320/ 10 hour). Today is a long and sated day. In the morning we will leave Ashkhabad, visit the greatest mosque in Turkmenistan - Turkmenbashi-Ruhi and the magnificent mausoleum of Turkmenbashi, the well-known Baharden cave with hot underground lake Kov-Ata, the exotic settlement Nohur in mountains Kopetdag. You will spend the night in mountain settlement Karakala near the Iranian border.
9  Moving to Balkanabad.
Moving to Balkanabad (350 km/10 hours), through fantastic «Moon Mountains », the exotic forgotten settlement Madau in sand of Kara Kum, the ruins of ancient Dehistan – a known medieval city on the Caravan track to Iran, the mausoleum of Mashad (X – XI century).
10  Moving to the Yangikala.
Moving to the country of canyons – Yangikala (200 km, 4 hours). Fantastic multi-colored mountains at the bottom of the former gulf of Caspian Sea - Karabagazgol, stone «eggs of dinosaurs» in canyons of Kamil-ata. You will spend the night in the guest house for pilgrims of a holy place Gazli-ata.
11  Moving to city-port Turkmenbashi.
Moving to city-port Turkmenbashi on the coast of Caspian Sea through Kara Kum desert (240 km, 4 hours). You will spend the the night in the international resort Avaza, walking at night Avaza with sound-to-light fountains and laser show.
12  Rest and swimming in Caspian Sea.
Rest and swimming in Caspian Sea. There is a flight to Ashkhabad in the evening.
13  Moving to Tashauz.
Moving to Tashauz (500 km, 6 hours). There is a stop on a gas crater of Darvaza on the way. A fantastic show of «burning input in underworld». There is a Kebab-picnic near to the crater.
14  Excursion in the Kunya Urgench.
Excursion in the capital of Medieval Khoresm – Kunya Urgench (100 km). Many monuments are protected by UNESCO as objects of a world heritage: the Minaret of Kutlug-Timur (XII-XIII cc), mausoleums of Turabeg Hanum (XII-XIV cc), Nadjmetdin Al-Kubra (XII century), Tekesh (XIII century). There is a flight to Ashkhabad in the evening.
15  Departure home.
Departure home.

Purchase
All Turkmenistan. From Bronze to Golden Age CTM 01