The museum was founded in 1966 by Igor Savitsky, an excellent scientist, ethnographer, artist and collector. In several years Savitsky managed to gather a huge collection of Russian and Turkestan avant-garde paintings, a significant collection of items of decorative and applied arts of Karakalpakstan and a unique collection of archaeological finds of ancient Khoresm. After his death in 1984 the museum was renamed after I. V. Savitsky. In 1991 the museum was granted an international status placing it in line with the world’s most significant museums, such as the Tretyakov Gallery, the Russian Museum and the Hermitage.

Today’s collection comprises over 90,000 exhibits of various kinds. The items are displayed in three buildings with a total area of almost 7,000 sq. m. The museum is divided into 6 departments: Visual Arts, Archaeology, Educational Department, Department of People’s Applied Arts, Restoration Department and Registration and Storage Sector.

The collection of the 1920s-40s Russian avant-garde painting, the world’s second largest after that at the Russian Museum in Saint Petersburg, is what made the museum in Nukus famous worldwide. Many of the artists whose works are displayed in the rooms of the museum, such as Robert Falk, Kliment Redko, Lyubov Popova, sculptors Vera Mukhina and Sara Lebedeva, were well-known in Europe. The museum contains a number of true masterpieces by A. Volkov and Usto Mumin (A. Nikolayev), both notable for their fine style, P. Benkov and Z. Kovalevskaya, outstanding impressionists living in Uzbekistan, early works by U. Taksynbayev and N. Karakhan, avant-garde in spirit and style, and wonderful paintings by V. Rozhdestvensky, Ye. Korovay, M. Kurzin and N. Shevchenko. The museum’s collection of paintings also includes the canvases of the Russian painters of the early 20th century, such as P. Kuznetsov, A. Kuprin and N. Ulyanov. The visitors of the museum can acquaint themselves with the works of contemporary Karakalpak artists, such as J. Izentayev, B. Serikeyev, R. Matevosyan and J. Kuttymuradov.

The collection of the items of the Karakalpak applied arts comprises about 70 thousand exhibits, including tufted carpets, patterned weaving, embroidery, appliqué, impression and embroidery in leather, cutting and inlaying in wood, jewellery, metalware, handmade fabrics and others.

The museum demonstrates ancient and medieval works of art by people inhabiting the region, as well as items telling about the trade and cultural relations of the Khoresmians with the East and West. The terracotta statuettes of Anahita, the Zoroastrian goddess of fertility, and the ossuaries, containers for burying remains of people, with images of lions and human heads on them, are the museum’s most ancient exhibits. The bronze pin in the form of a hand holding an apple, the silver ring with a cornelian seal with an image of a dolphin and the terracotta figure of a woman with a grapevine belong to the 1st-4th centuries AD. The bronze lamp and the collection of ceramic items – khums for grains, jugs and other articles decorated with ornaments in relief, belong to the 12th-13th centuries. The Department of the Decorative and Applied Arts of Karakalpakstan displays works, most of which belong to the 2nd half of the 19th-early 20th centuries. They include wooden and leather articles which nomads used in wars – saddles decorated with silver, cases for kitchenware, mortars for tobacco and fretted doors for yurts. Carpets of various types for Karakalpak yurts are of special interest: patterned strips beldeu and ak-bastur fabricated with the use of a special technique, when the pile is made in relief. The wedding headdresses suakele, national costumes and tiny bags for tea are embroidered beautifully with silk, beads and pearls. And, certainly, no one will remain indifferent at seeing the richest collection of ancient Karakalpak silver items inlaid with cornelian and turquoise.

Today the Nukus museum of arts is known worldwide, thanks to the mass media from a number of European countries, USA, Japan and Australia, as well as due to the participation of its exhibits at exhibitions in Germany (1995), France (1998), Italy (2001) and USA (2003). Today the museum has become a pilgrimage centre for specialists and people interested in the culture and history of Central Asia.

At present the museum of arts is the most popular tourist attraction, with 70,000 people visiting the place annually, 3,000 of whom are foreign guests. And, which is more important, the museum is often their main object of interest in Karakalpakstan.

The museum includes a shop trading in souvenirs produced by local artisans. 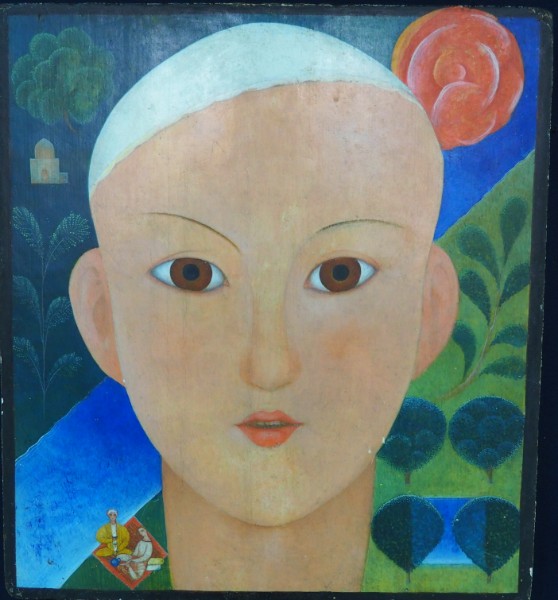 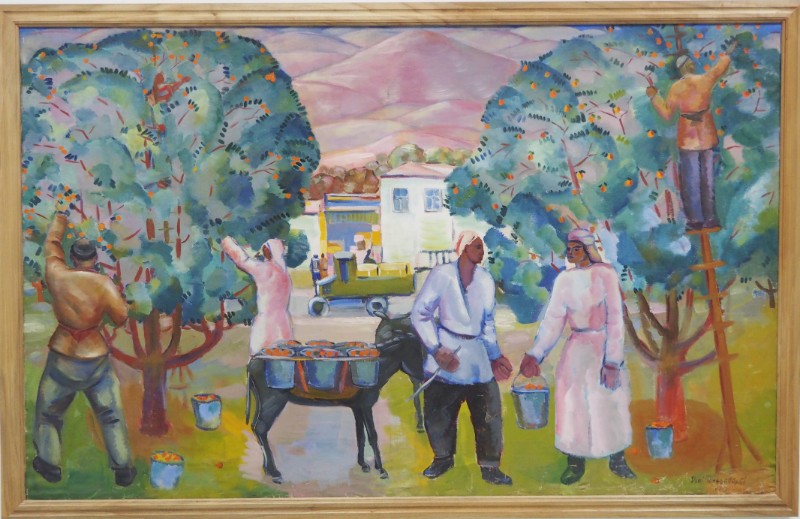 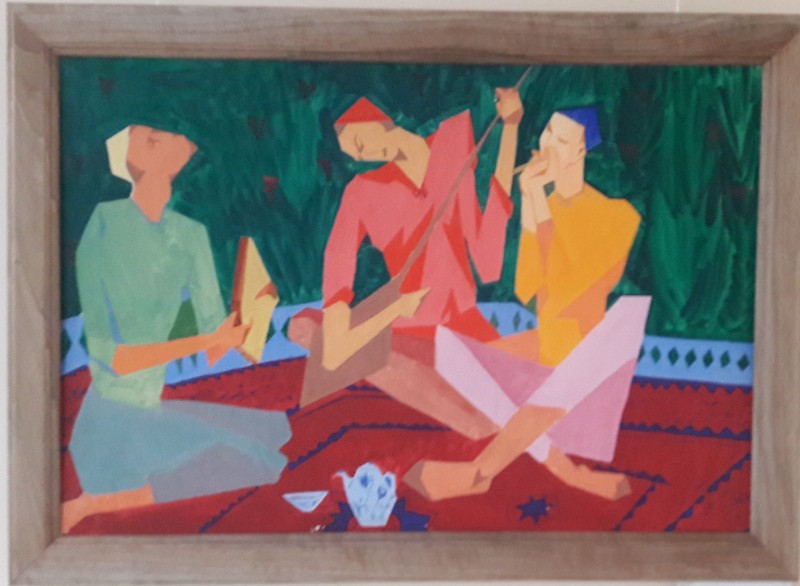 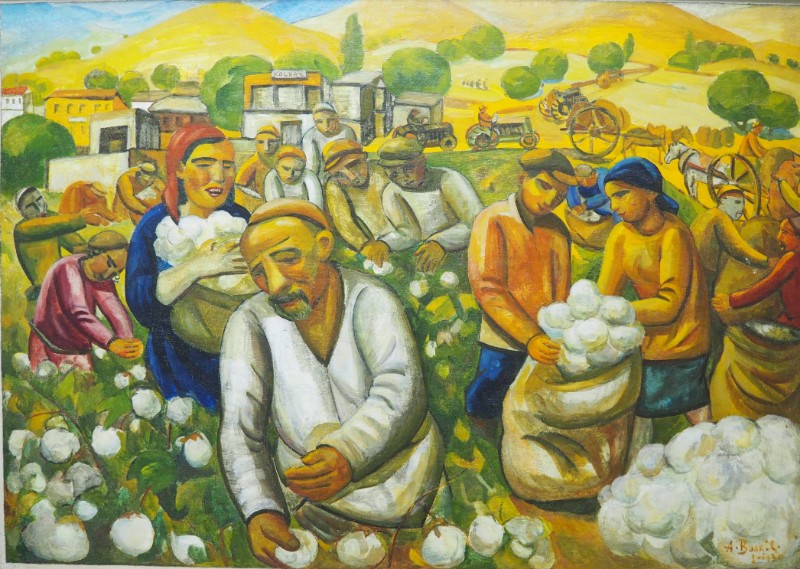 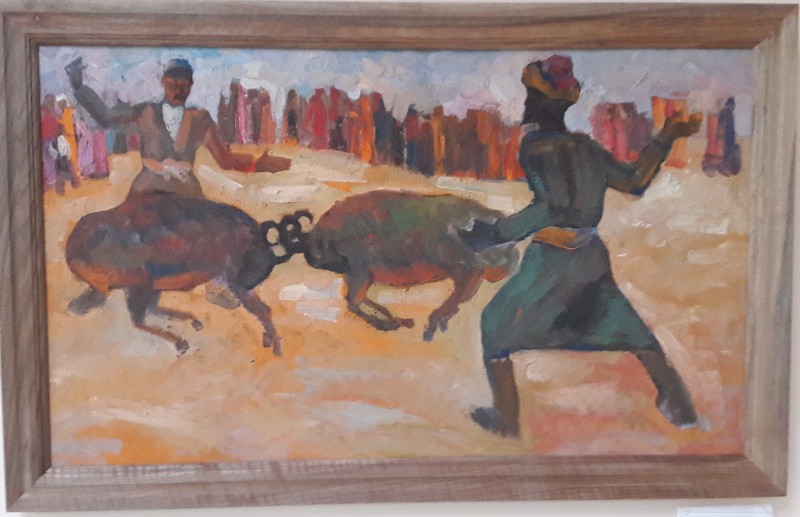 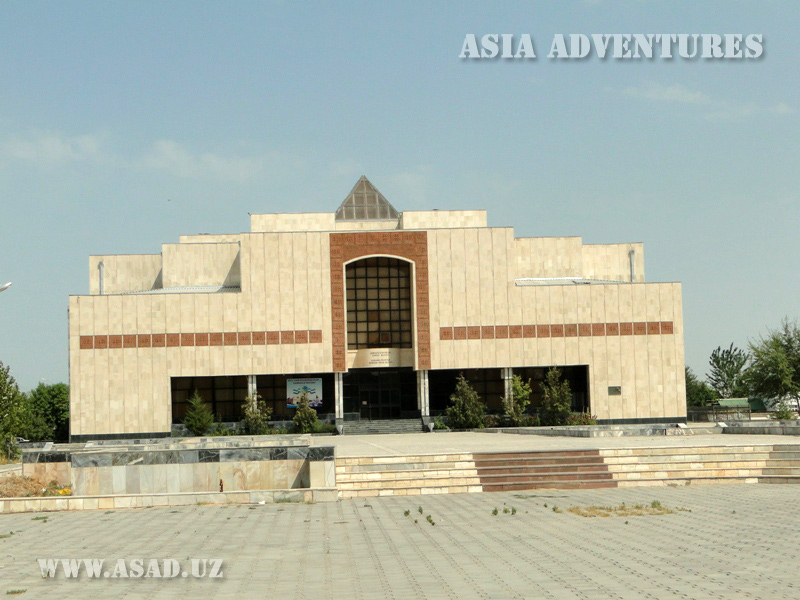 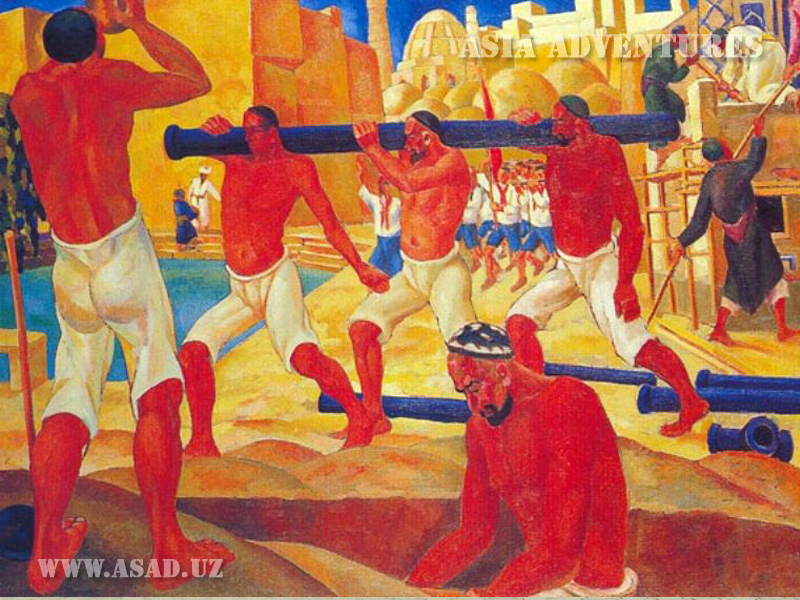 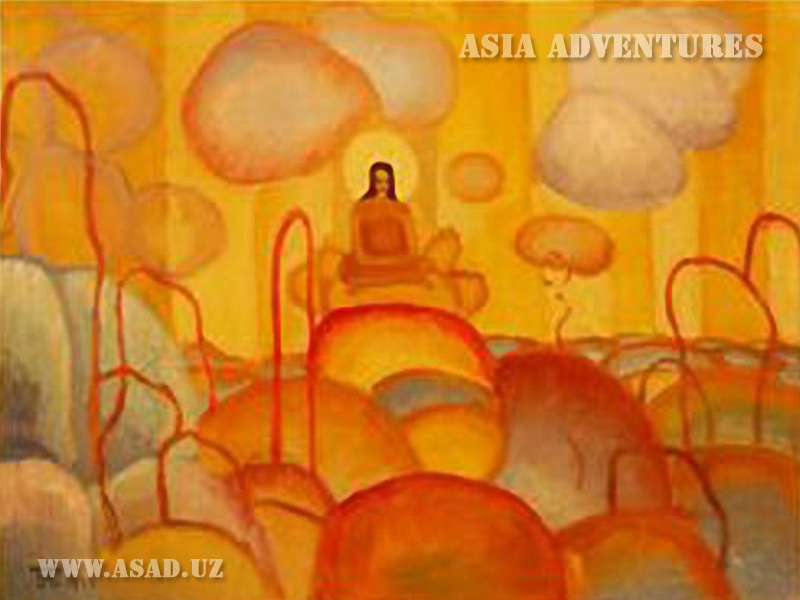 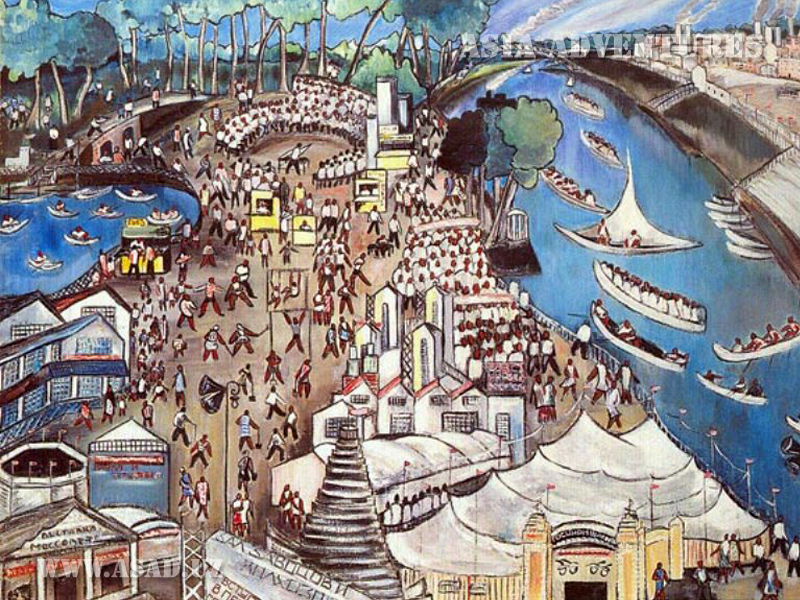 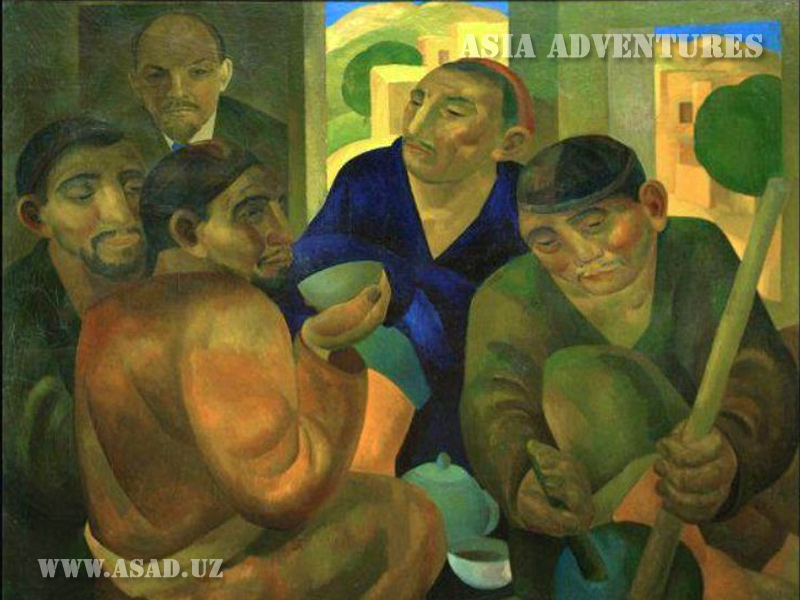 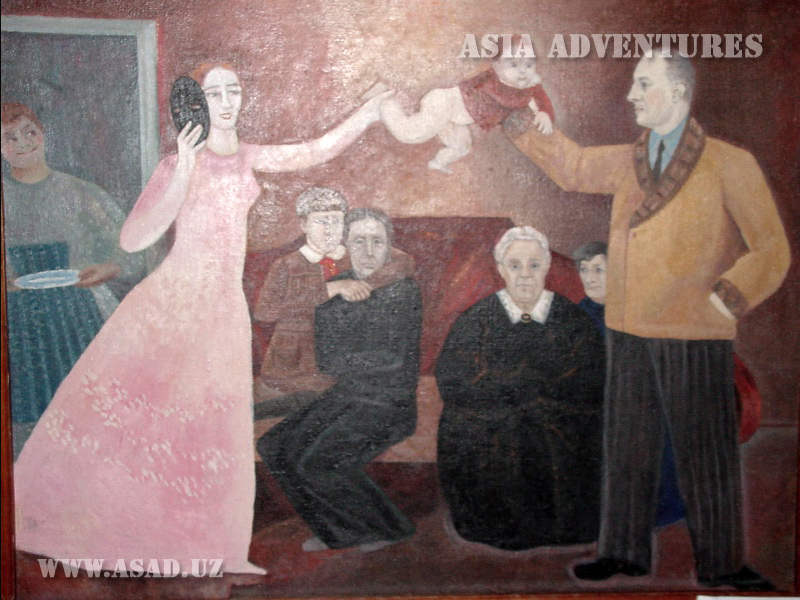 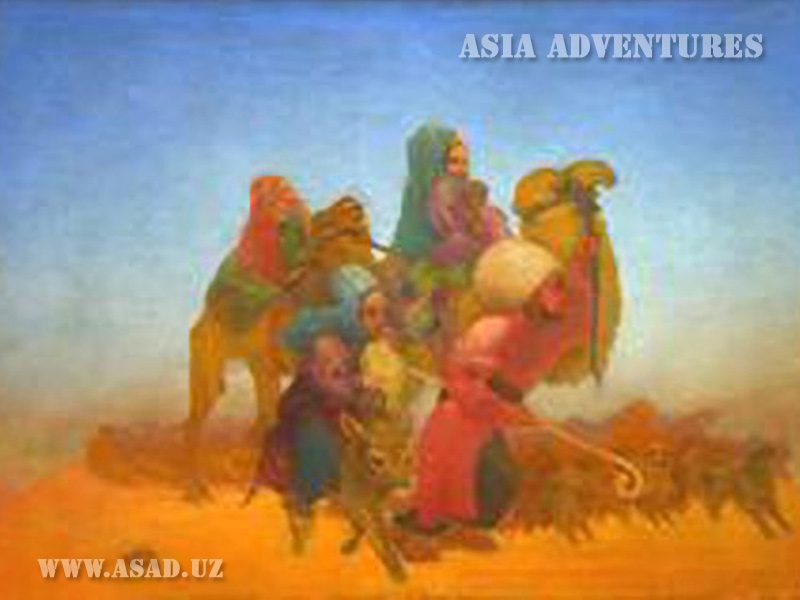 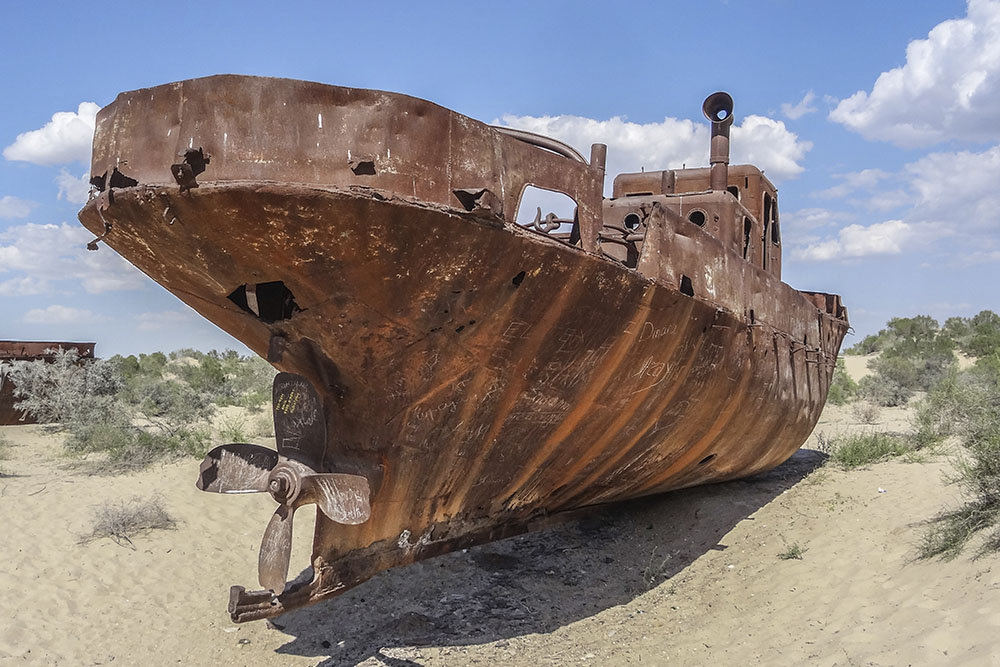