When in Samarkand, be sure to visit an original workshop specialising in the manual production of paper using a revived medieval technology.

Historical background. According to a number of reliable sources, Samarkand was the first place in Central Asia and the Middle East where paper was made manually with the help of a watermill. The production technology had been adopted from China. Later, the Arabs carried it westwards: by the 11th century it reached the Middle East, in the 12th century it came to Spain and then spread across Europe. The paper manufactured in China and Samarkand supplanted the Egyptian papyrus, which was more expensive and of a poorer quality. For a thousand years Samarkand paper makers (kogozgars) were producing paper that ranked as the world’s best, having a smooth surface, being highly durable and, most importantly, absorbing little ink. Artisans from Samarkand developed technologies that allowed for producing different types of paper. In Tamerlane's time paper became one of the main export commodities. Historians reported that by the early 18th century there were over 40 paper producing workshops operating in Samarkand and its neighbourhood. The raw materials consisted of cotton, silk and mulberry tree bark. A cheaper type of paper from cellulose produced on a larger scale grew highly popular in the 18th century, which led to the decline of paper industry in Samarkand and to a gradual loss of technological secrets.

The handmade Samarkand paper is commonly considered to have been resurrected on 23 June 1998. Supported by UNESCO, local enthusiasts restored the secrets of the art of paper making.

So the once famous Samarkand paper is currently made at a specially built workshop in the village of Konigil near Samarkand, which produces it using medieval technologies. As in the old times, the production mechanisms are driven by a waterwheel installed in one а the canals of the Siab River.

The paper is made of mulberry bark, cotton, cotton and silk waste, silkworm fibres, young mulberry tree roots and other materials. Corn silk, woollen and silk threads and flower petals are added to the raw mixture to endow the paper with even better qualities. It is made of other material, too, with the addition of henna, rose petals, rosewater and many-coloured silk threads. All this results in various agreeable combinations of colours and smells and makes the paper look even more presentable.

The first stage of the production process consists of boiling mulberry tree bark, crushing it in a wooden mortar to a porridge-like state and keeping it in water for a while. After that adhesive made of natural glue that forms on tree bark is added to the substance. The resultant mixture is then stirred and poured into tubs, from which the solid parts are then extracted with the help of a wooden frame with mesh. After that the sheets of paper are put under a press, dried and covered with starch. The next step is rolling, which is done manually with the purpose of obtaining a glossy surface. The paper is smoothed with a special polisher made of semi-precious agate. It takes a total of about one hour to produce one A3 sheet of paper.

The handmade Samarkand paper is used to restore ancient manuscripts and books, paint miniatures, write letters, make souvenir books, albums and postcards and packing for artisan’s souvenirs and even produce clothes. The paper is washable and can retain its properties for many centuries. 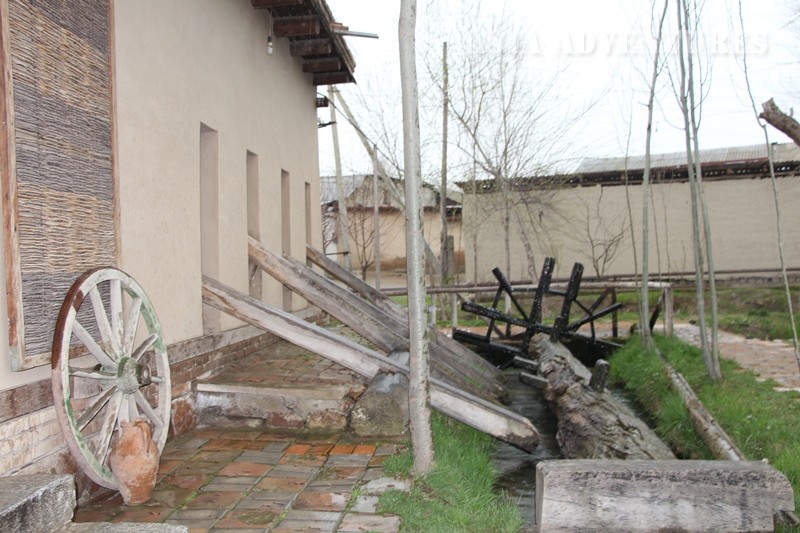 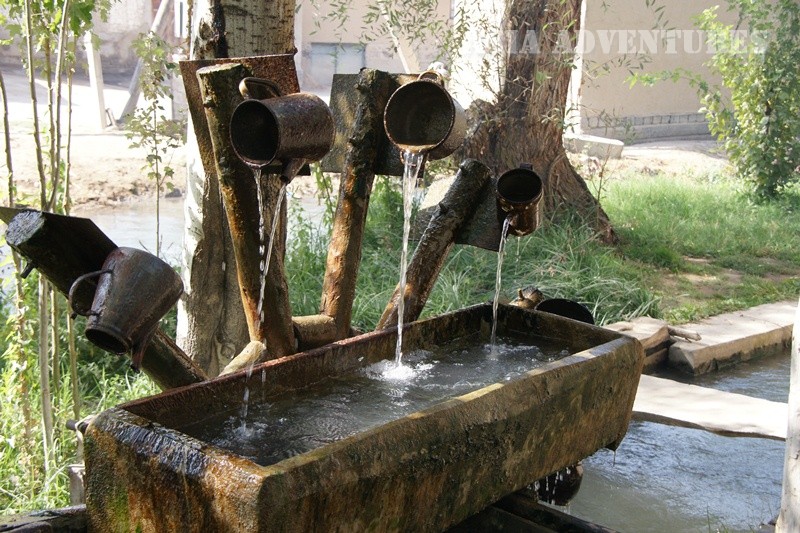 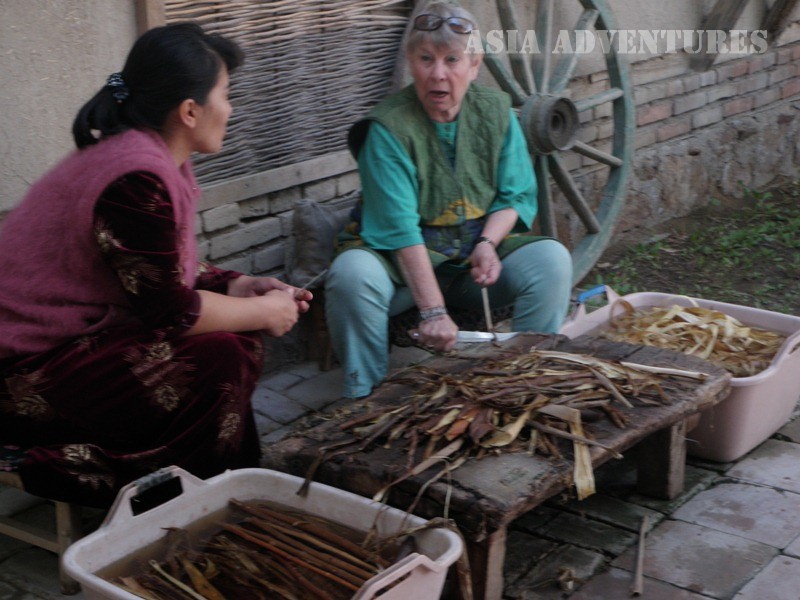 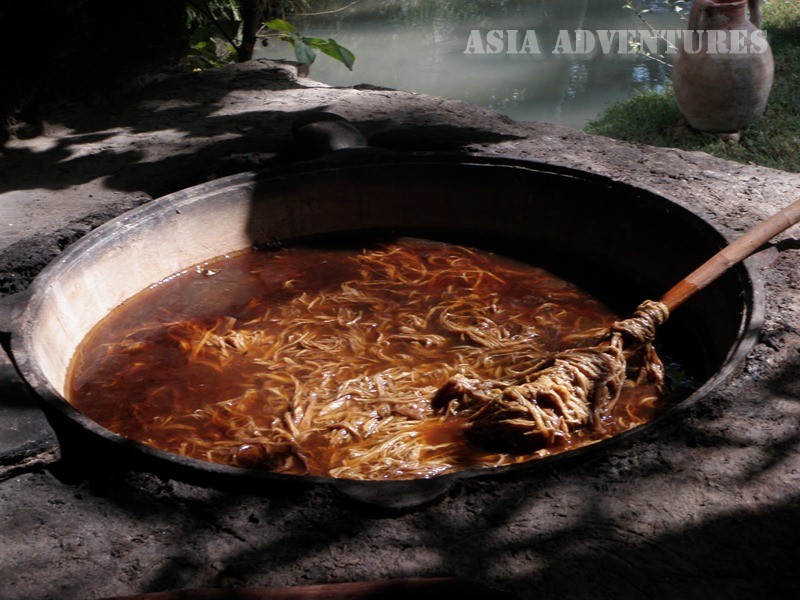 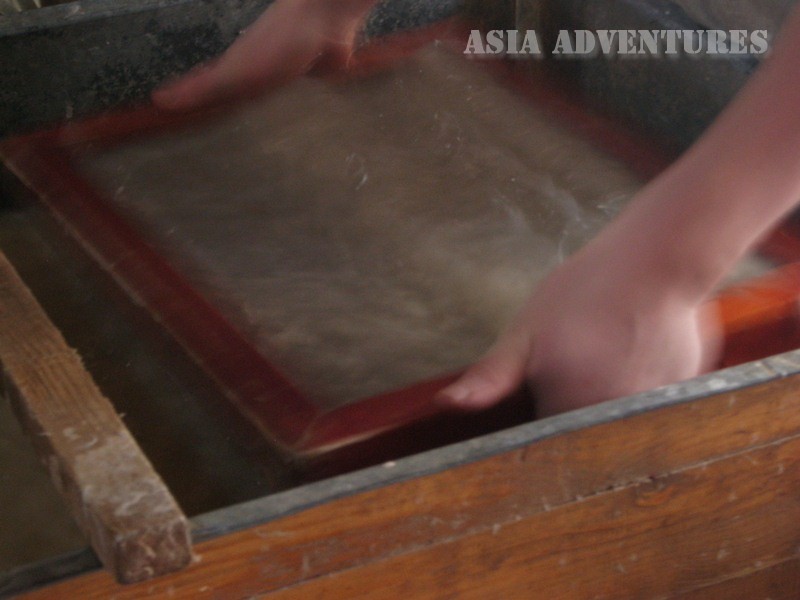 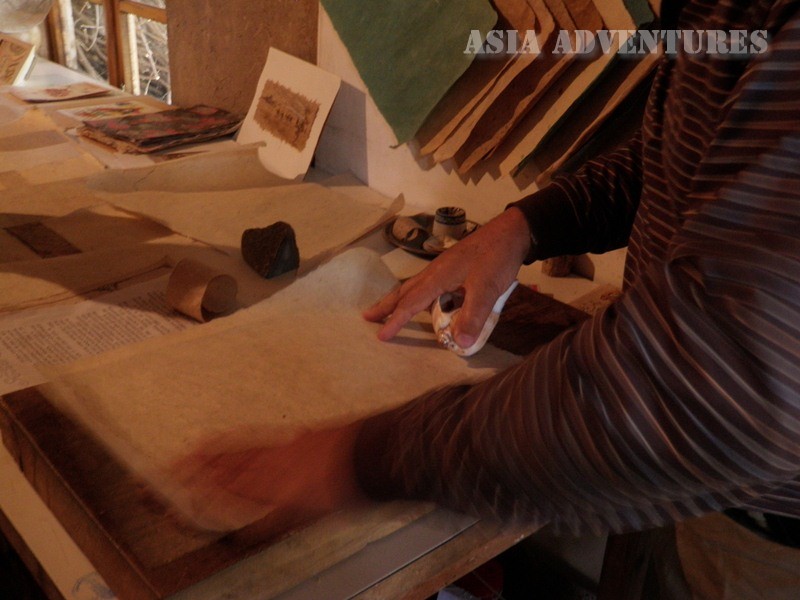 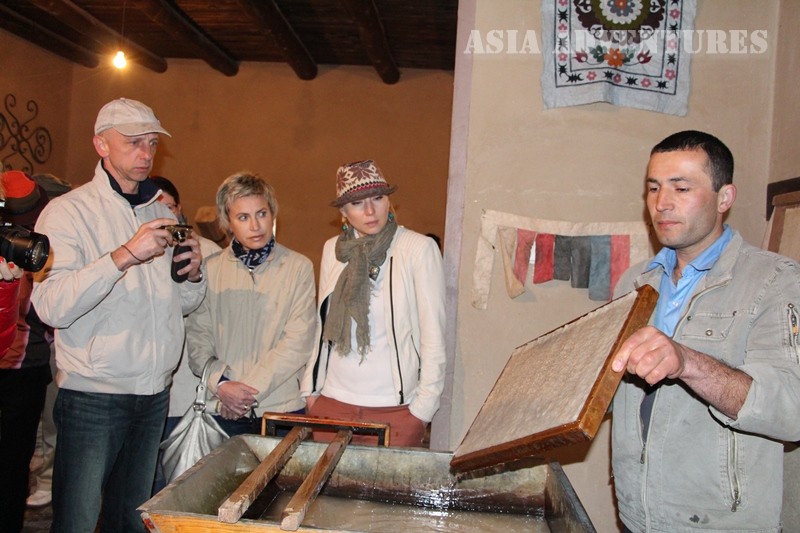 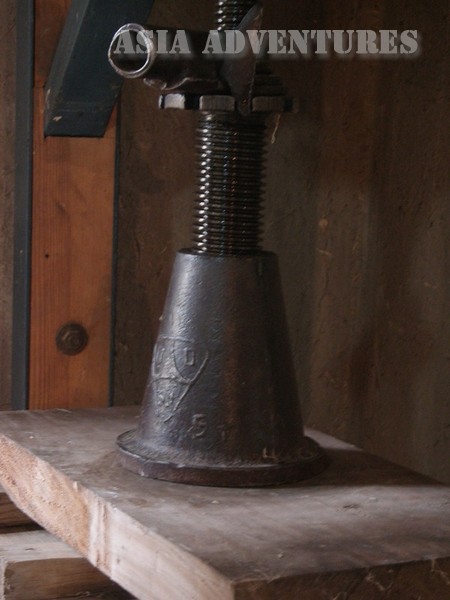 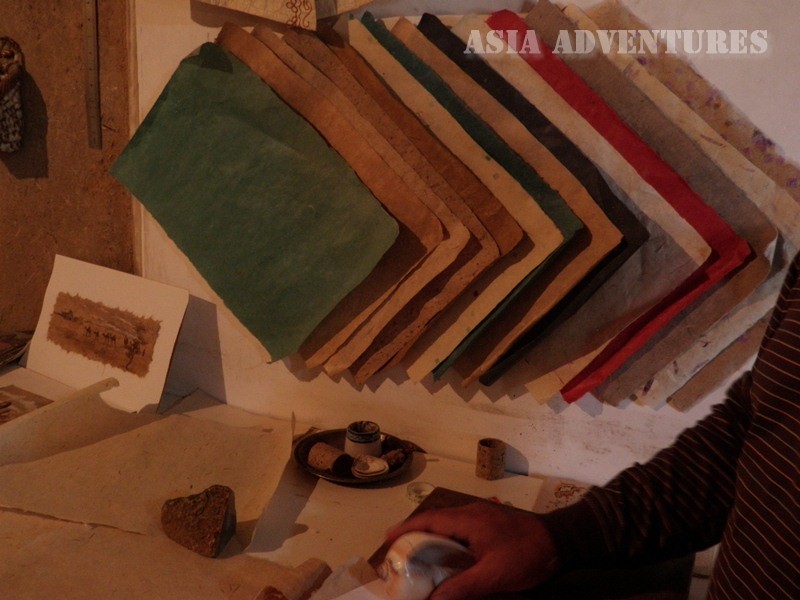 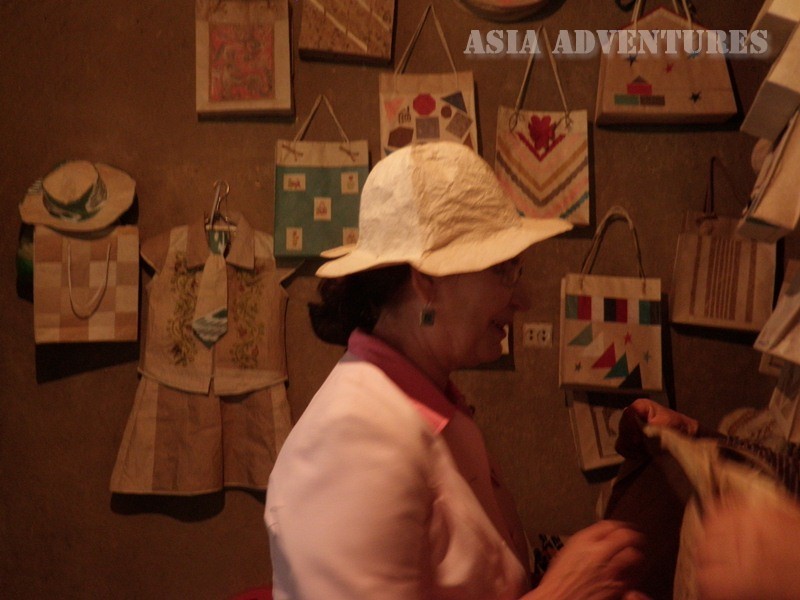 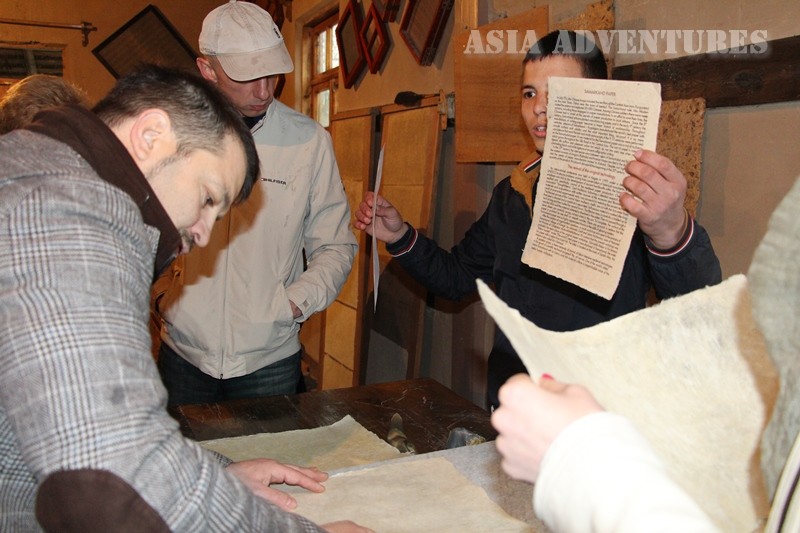