Samarkand is one of the world’s most ancient cities - whose decent age (2750 years old) is on a par with the that of Rome, Athens and Babylon - was originally known under the name "Marakanda". A great trading city of the past, a capital of many a kingdom - from ancient Sogdiana to medieval Tamerlane’s empire – Samarkand is regarded as a birthplace of world’s famous Samarkand silk paper. High quality silks and velvets, items of jewellery and stained glass were produced there. Majestic architecture of the Samarkand’s Registan Square is truly second to none in this world.more...

Today this second-largest city of Uzbekistan with its population of more than 400 thousand exemplifies a harmonious mix of modern economic achievement of independent Uzbekistan with a charm and grandeur of Samarkand’s world-famous medieval architectural monuments listed by UNESCO as world heritage.

The Registan Square (XV - XVII c.c.) is truly the "heart" of Samarkand.
First trade then public and official centre of Samarkand, the Square today consists of three grandiose buildings: Ulughbek madrasah (1417-1420), Sher-Dor madrasah (1619-1636) and Tilla-Sheikh madrasah (1619-1636). All the buildings are lavishly decorated with glazed bricks, majolica tiles and carved - so called "kashin" - mosaic and preserved their original look and high spirit of medieval Muslim culture. Cannot leave a looker-on indifferent the decoration of the Tilla-Sheikh madrasah where inner dome of the mosque is painted in gold at the blue backdrop done in the old-time technique called "kundal".
The Registan Square is a venue for those sound-and-light show goers who get there together by night to enjoy performance.

The Gur-Emir mausoleum (XIV - XV c.c.).Gur-Emir can be translated from Persian as "grave of emir". It was originally built by Tamerlane for his beloved grandson Muhammad Sultan who died in 1403. Later this place became a burial place for Tamerlane himself, two of his sons - Miranshah and Shahruh - and his other grandson, great astronomer Ulughbek.

The Haji Daniyar (Saint Daniel) mausoleum is among Samarkand’s most important places of religious pilgrimage equally venerated and attended by representatives of three world religions: Muslims, Christians and Judaists. The name of the place has connection to Danel of the Old Testament, the one who calmed down lions in the Babilon’s den. Remains (a wrest) of the Saint are said to had been brought there by Tamerlane from Iranian town of Shush (ancient Suzy) during his 7-year’s campaign (1399-1404) against Iran, Turkey and Syria.

The Cathedral mosque - Bibi-Hanim mosque (1399 - 1404 c.c.) is, perhapse, most grand and ambitious project implemented by Tamerlane in Samarkand. Since it was completed shortly before Tamerlane died (in 1405), it had started to collapse, probably, due to the haste with which it had been built – 5 years is insufficient time-limit for such huge structure – and enormous weight of the giant portals, arches and domes. The Mosque, big enough to fit 15,000 prayers, is an impressive embodiment of ambitions of the great ruler and skills and talents of medieval architects and designers who Tamerlane aptly collected from all corners of his boundless Empire.

Nekropolis Shahi-Zinda (XI - XV c.c.). The name means "Alive King" in Persian. This is a huge necropolis of Tamerlane’s kin (14th c AD) where mausoleums are stretching on either side of an uphill pavement in the south end of the ancient Afrosiab. The separate mausoleums are small but in miniature have the same architectural and decorative features of portals, mosaic and tiles as other Tamerlane’s buildings have. A grave of a person the place was named after is at the end of the alley and is actually a cenotaph of Kusama ibn Abbas - prophet Muhammad’s cousin. The place therefore is highly ranked among Central Asia’s Muslims as one of the most important places for pilgrimage. Here then traditionally members of king’s family and town’s gentry were buried.

The Observatory of Ulughbek’s (XV c.) was built in 1425 on the top of a high hill called Kuhi Rasad. There at the observatory, the grandson of Tamerlan’s and the that time Samarkand ruler – Muhammad Taragay Ulugbek assisted by a team of astronomers and mathematicians was for 12 years observing stars, constellations and planets, taking astronomic measurements, making calculations that eventually allowed him to create his world-famous "Zijdi Guragani" - the catalogue of coordinates of 1118 stars and 636 towns presented with incredible at that time accuracy. What can be seen today includes underground remains of the sextant found in 1908 during archaeological work, a socle of the observatory building, which originally was 30m high and 40m in diameter, and a small museum. 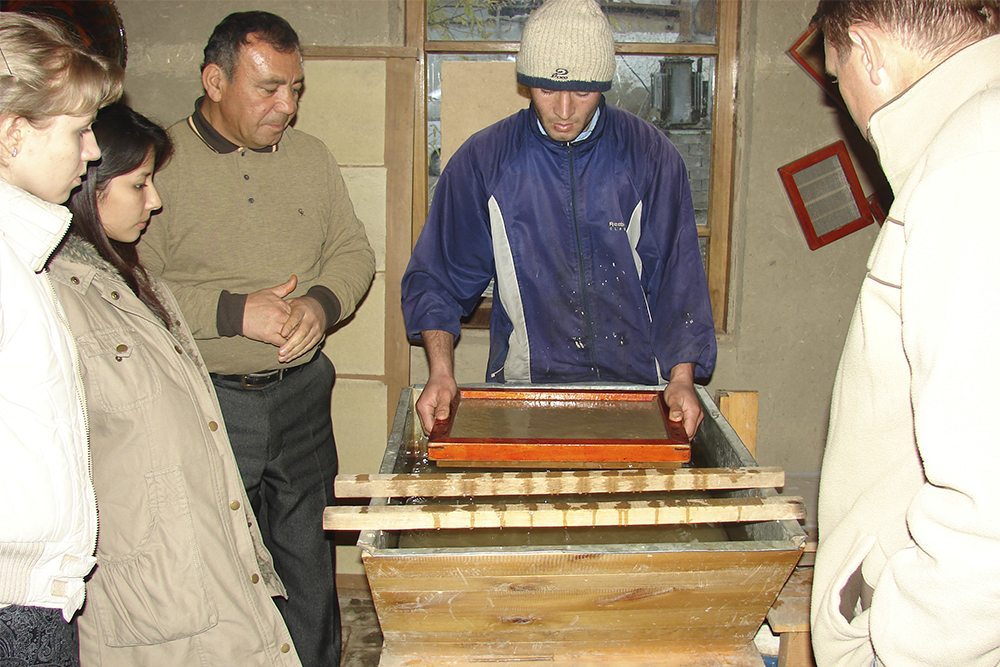 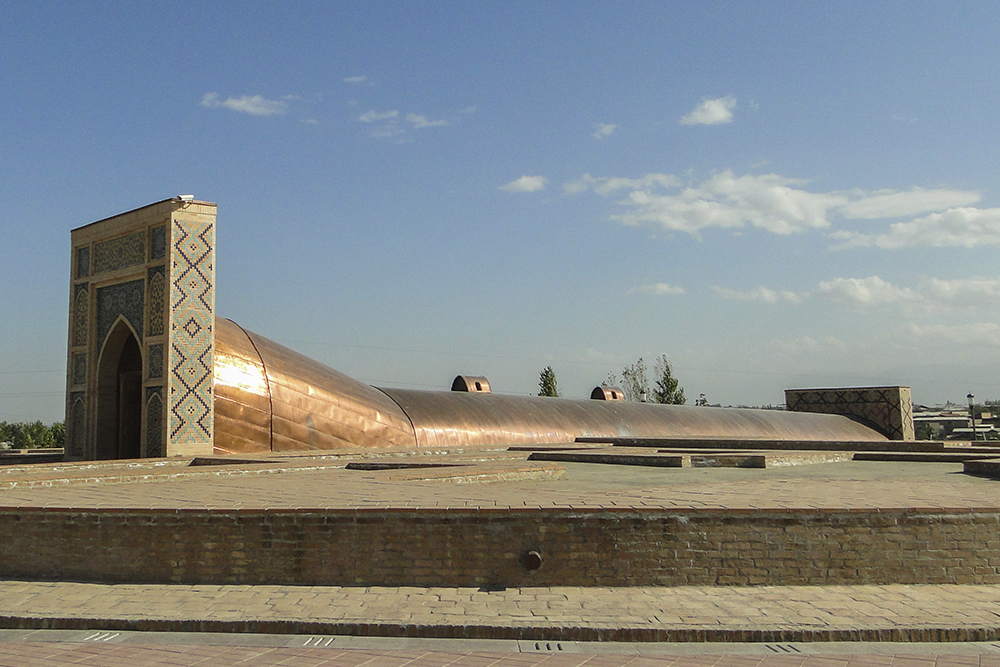