The Hoja Daniyar mausoleum is situated on the northern slope of Afrosiab, on the bank of the Siab canal, close to a curative spring. According to legends, Hoja Daniyar assisted Kusam ibn Abbas, the Prophet"s cousin, in disseminating Islamic ideas. There is also a belief that Hoja Daniyar is the Koranic and Biblical prophet Daniyar (Daniel), whose remains Tamerlane brought to Samarkand from the Middle East. Prophet Daniel is highly esteemed by the professors of three religions – Islam, Christianity and Judaism. He is considered one of the four prophets of Israel in Judaism.

According to historical evidence, there are two places where Saint Daniel was buried: Babylon and Susa (present-day town of Shuster). It is believed that Tamerlane brought Daniel’s arm to Samarkand. According to a legend, the horse that was carrying the remains stopped at that very place and did not wish to move further. It struck its hoof against the ground and curative water began to spring from under it. Then Tamerlane ordered to bury the relics there. Years afterwards the grave suddenly started to grow and reached finally 17 m in length. This was the reason why the tomb had been reconstructed and elongated several times. In the early 20th century the holy grave received a beautiful mausoleum with a row of domes.

Next to the mausoleum there is a spring with incredibly delicious water, which is regarded as holy, and everyone who wants to near the mausoleum must drink the water and wash with it the open parts of their body. People say that the water cures both the body and the soul. People from all over Central Asia come here for this holy fluid. The quietness and beauty of the place, which is particularly wonderful in warm seasons, when it is buried in verdure and swans swim near the spring, in the Siab canal, wins the hearts of people.

The place is an object of pilgrimage, not only for locals but for many people from around the world. In 1996 Alexis II, Patriarch of Moscow and All Russia, visited the mausoleum and consecrated it. People say that right after the consecration a pistachio tree that had long stood dry at the mausoleum suddenly began to blossom. 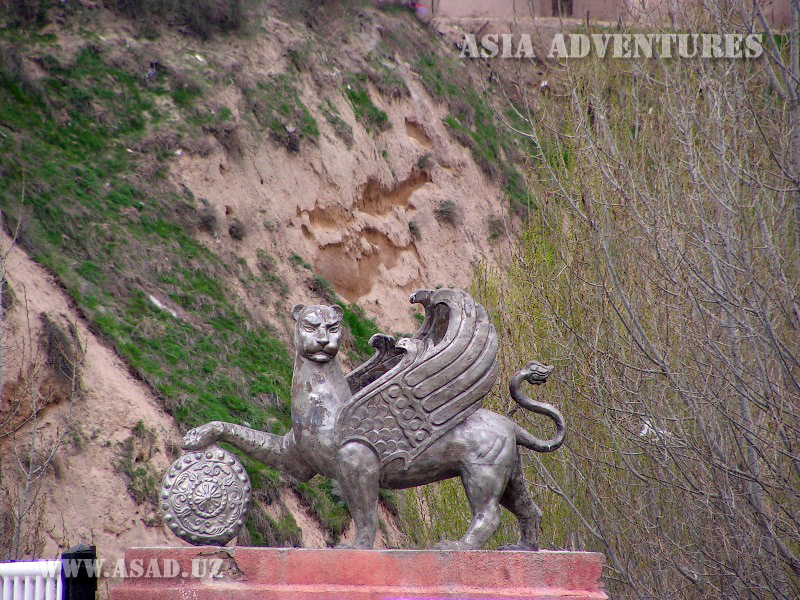