A legendary cave Hazrat-Daud is one of the most popular places of interest in Samarkand region. A legend tells that bible Tsar David (Daud) escaped from his enemies through this cave, moving apart the rocks with his hands.

Hazrat-Daud patronizes smiths (according to the legend he shaped the iron with bare hands). Thousands of pilgrims come here to touch the hand prints of Hodja-Daud on the walls of the cave, asking for health and wishes to come true.

The cave is situated in the Mirankul Mountains in 40 km from Samarkand. In the beginning of the mountain area, in a large garden are many places where thousands of pilgrims prepare some food and do sacrifice rituals.

To the top of a mountain you can climb on donkey or horse-back, but most of pilgrims make the long way of 2000 steps on foot. There is a small Muslim house on the top of the mountain, where mullah prays. There are 200 steps more from the Muslim house leading you to the cave. The cave has narrow corridor with width from 0.5 to 4 meters and length of 30 meters. It’s height is 15 meters.

The cave and all complex Hazrat-Daud is a very interesting for tourists, it is an exotic place.

The peak of the mountain is often visited by paraplaners from Samarkand. It’s always windy here and rising air flows are very good for flights. 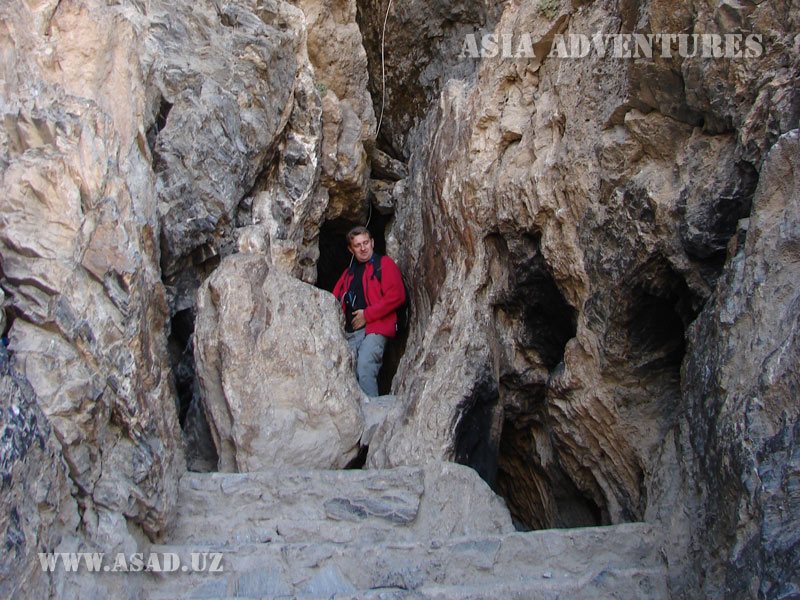 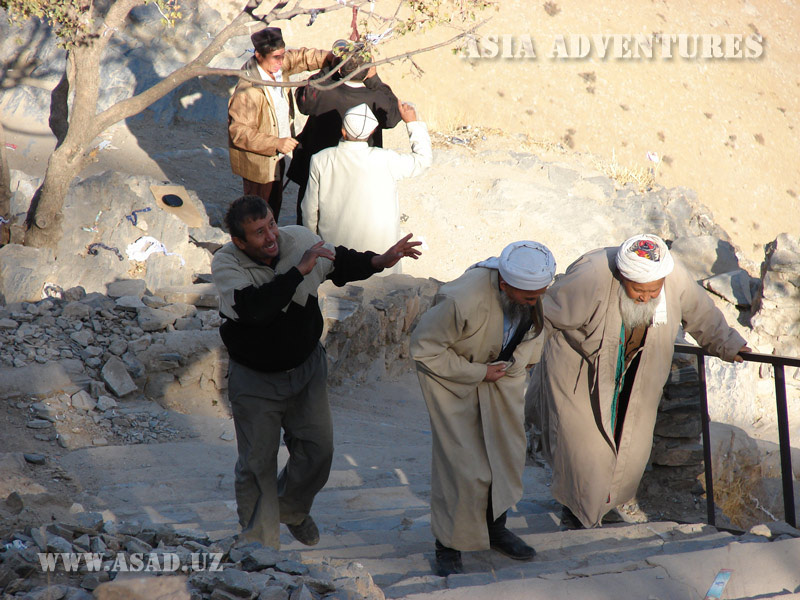 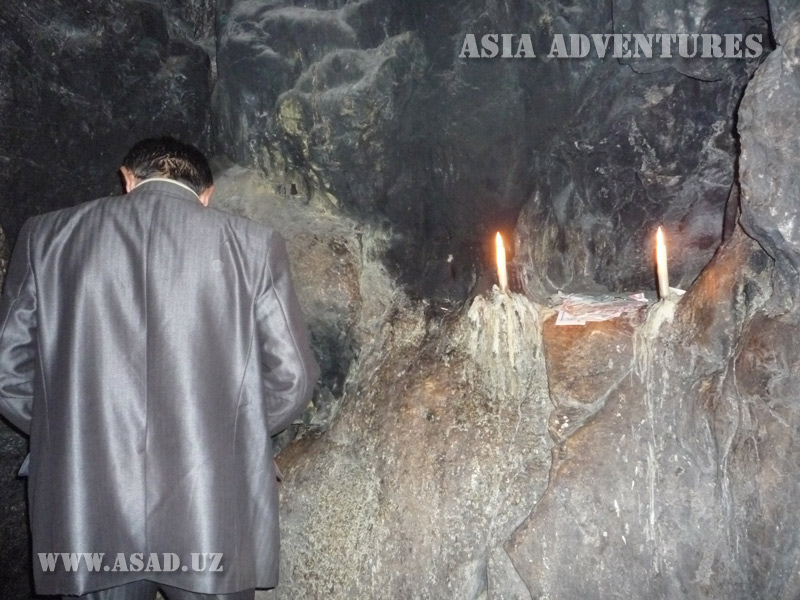 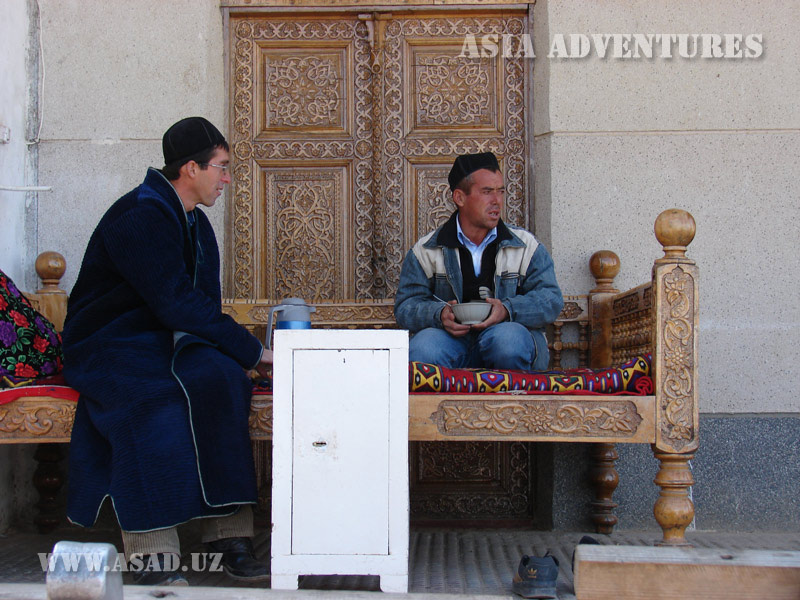 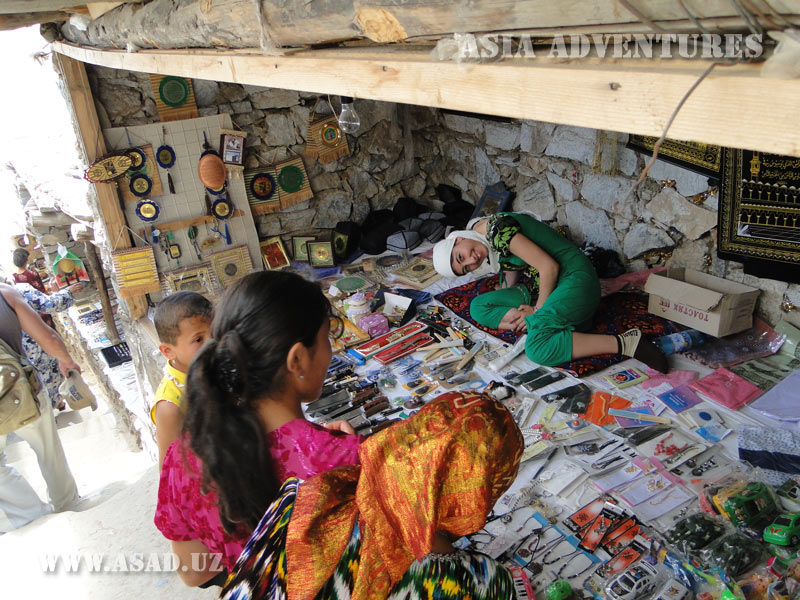 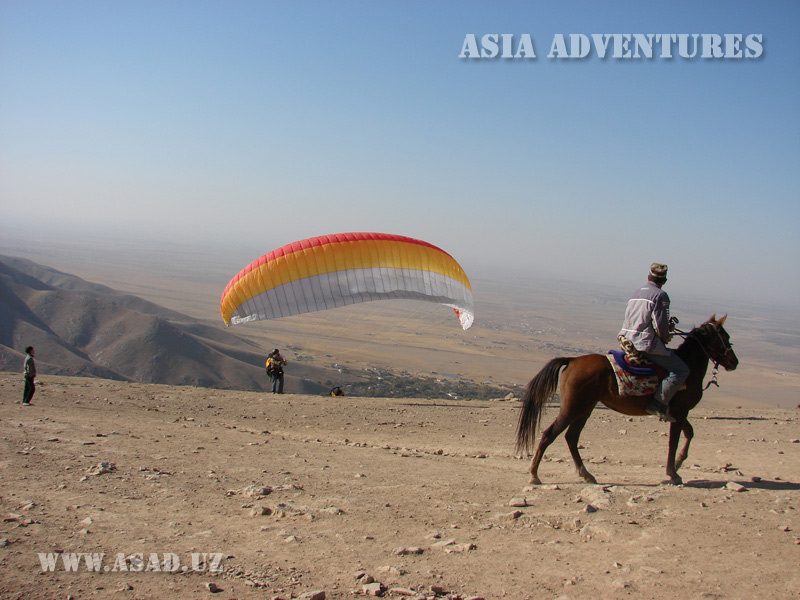 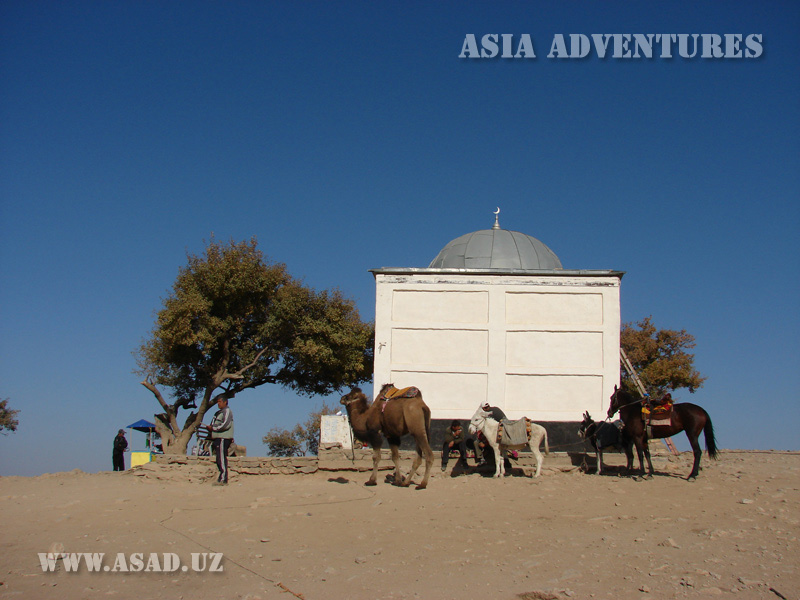