The mountains keep ancient secrets in deep endless caves with lakes, in grottoes. Unique monuments of humanity - rock paintings were found in many mountainous areas of Uzbekistan.

One of the oldest is the Zarautsai gorge, it is located in the South of the country in the South-Western spurs of the Hissar range in the West of Surkhandarya region, in 100 km from Termez. Here, on the steep slope of the mountain, more than 20 grottoes with rock paintings of the XII–VIII millennia BC were discovered.

Unlike other petroglyphs in Uzbekistan, all the rock paintings in Zarautsai were written by red ochre. In addition to Zarautsai, there is another place in Uzbekistan – Kuruksai, where ancient ochre drawings were also found. Most of the drawings date back to the Mesolithic and Neolithic periods.

Dynamic hunting scenes with running bulls, gazelles, saigas, arrows flying at them, dogs catching up with them and people with bows and axes; mysterious figures in hoods, obviously conducting rituals in honor of the hunt – the unique creativity of ancient man can arouse interest and surprise its viewers.

At the same time, the drawings that have come down to us from the depths of centuries require careful treatment, because they can disappear not so much due to the impact of adverse environmental conditions, but under the "autographs" left by modern people.
Currently, only 40 images have been preserved in the caves of Zarautsai. But 200 images were discovered in 1940. Some later drawings have inscriptions in Arabic. 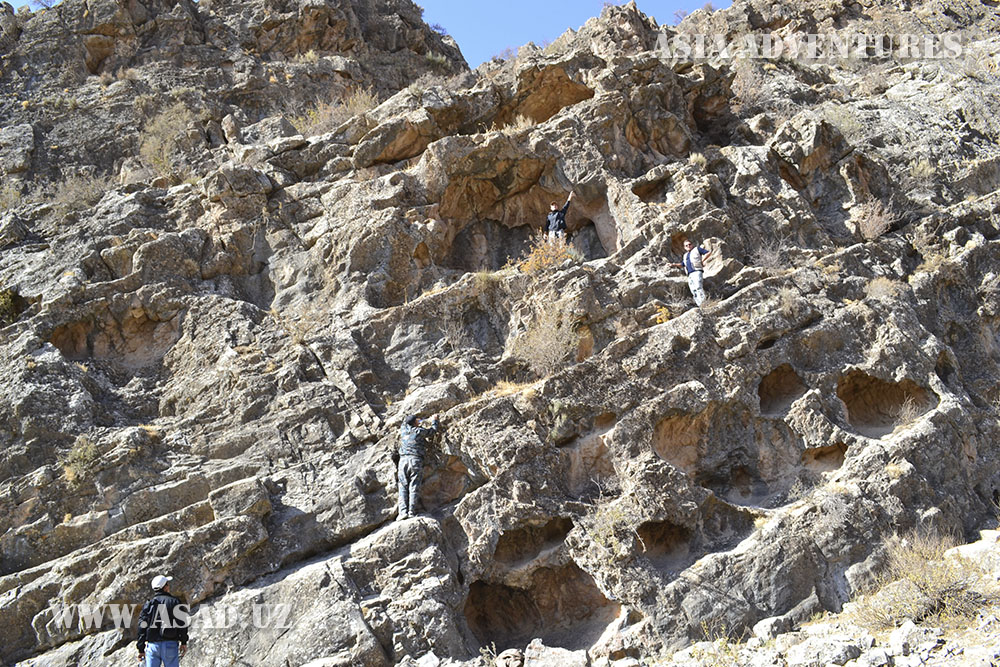 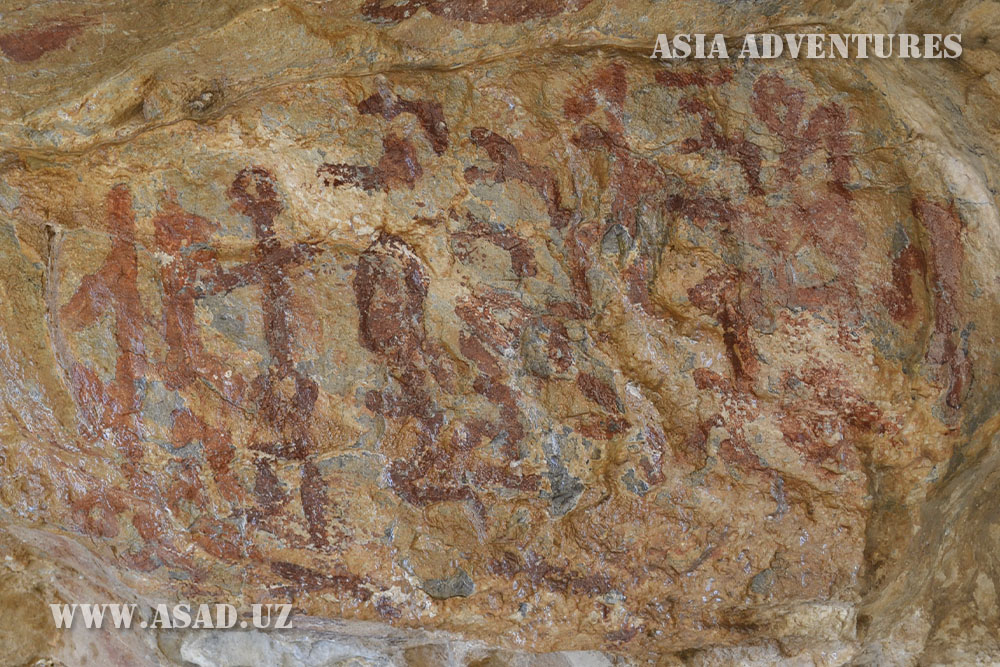 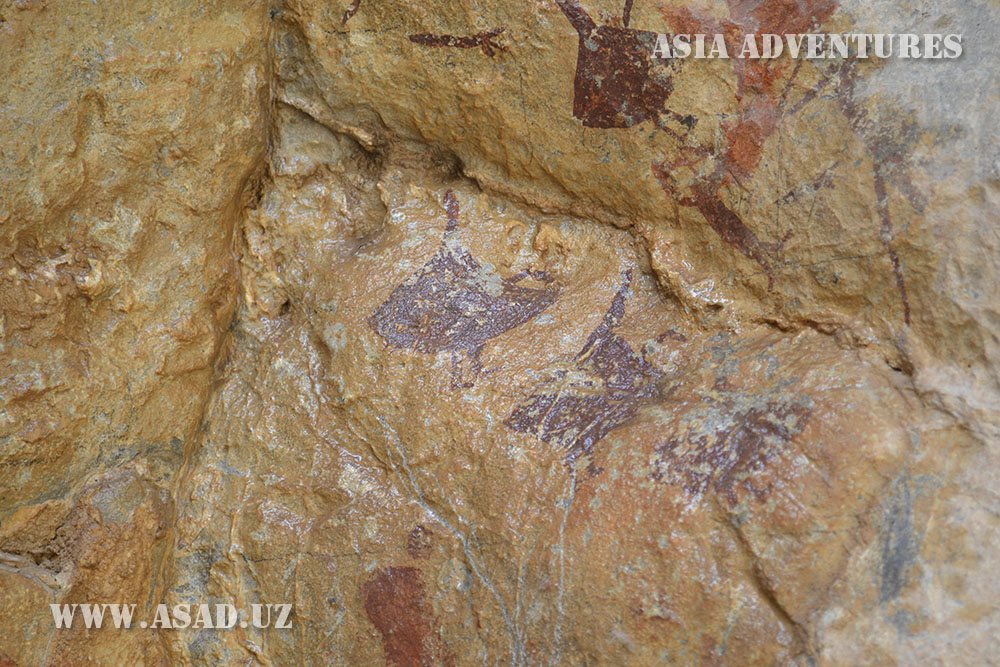 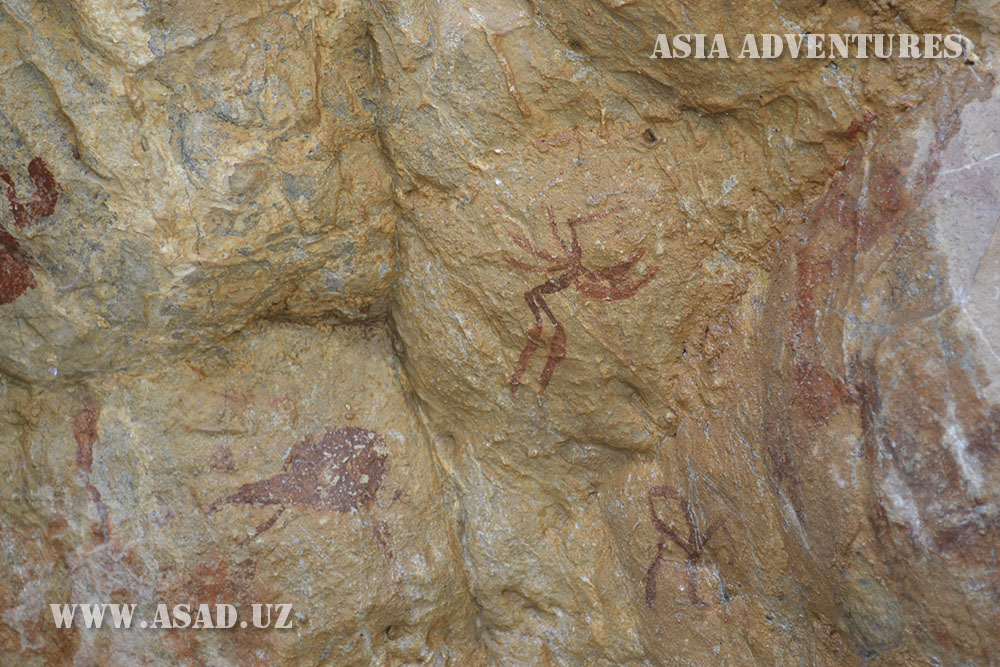 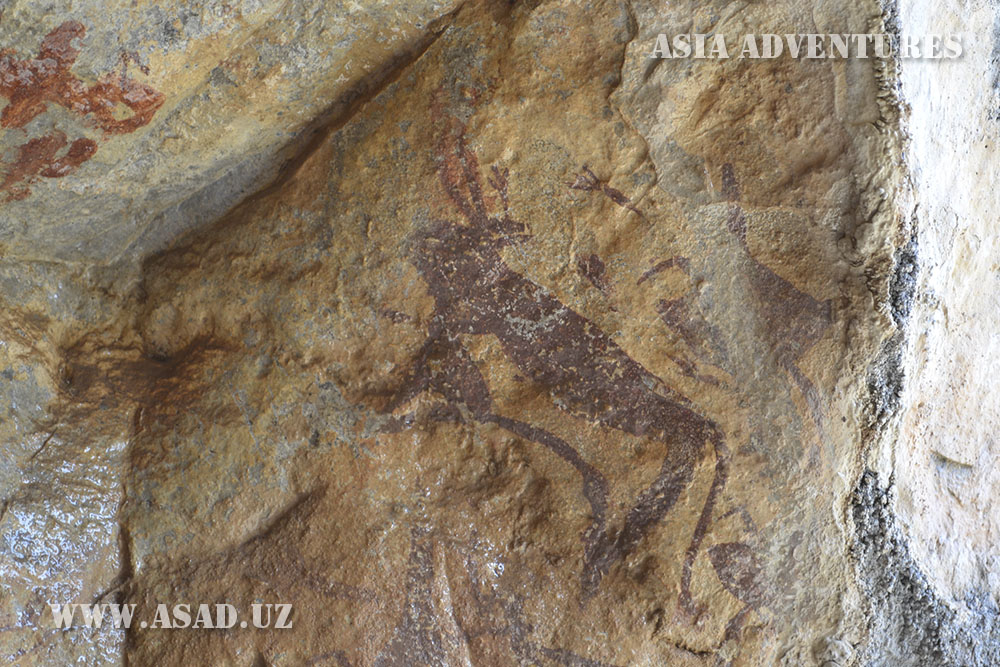 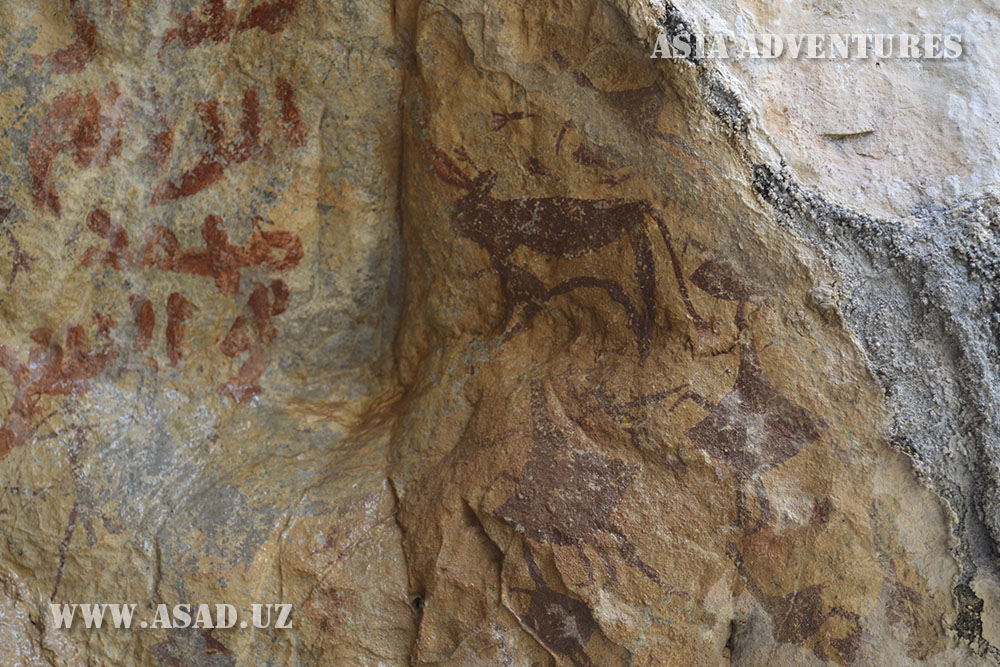 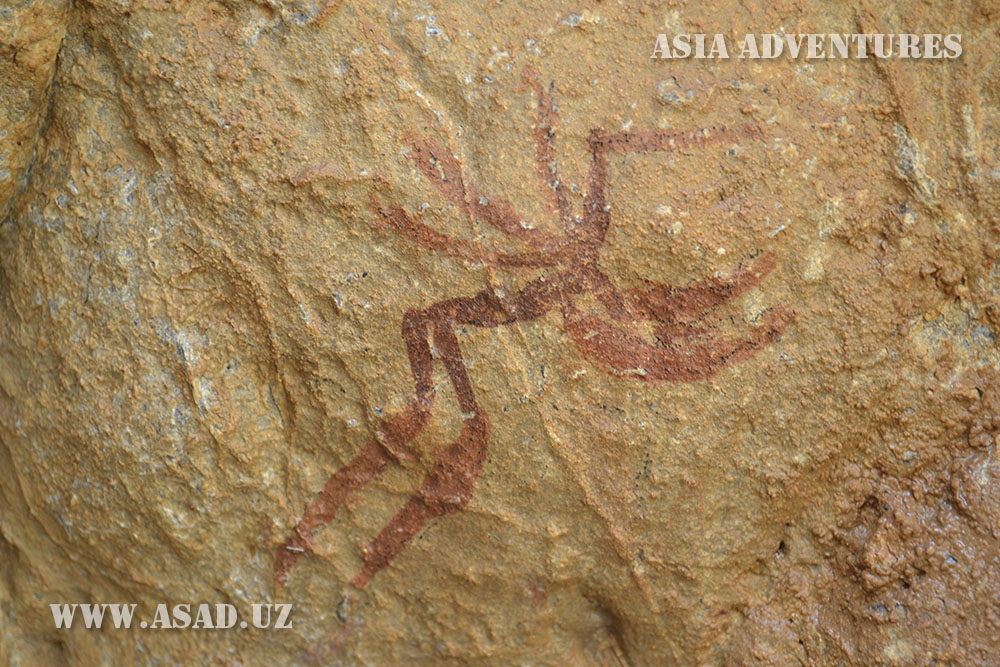 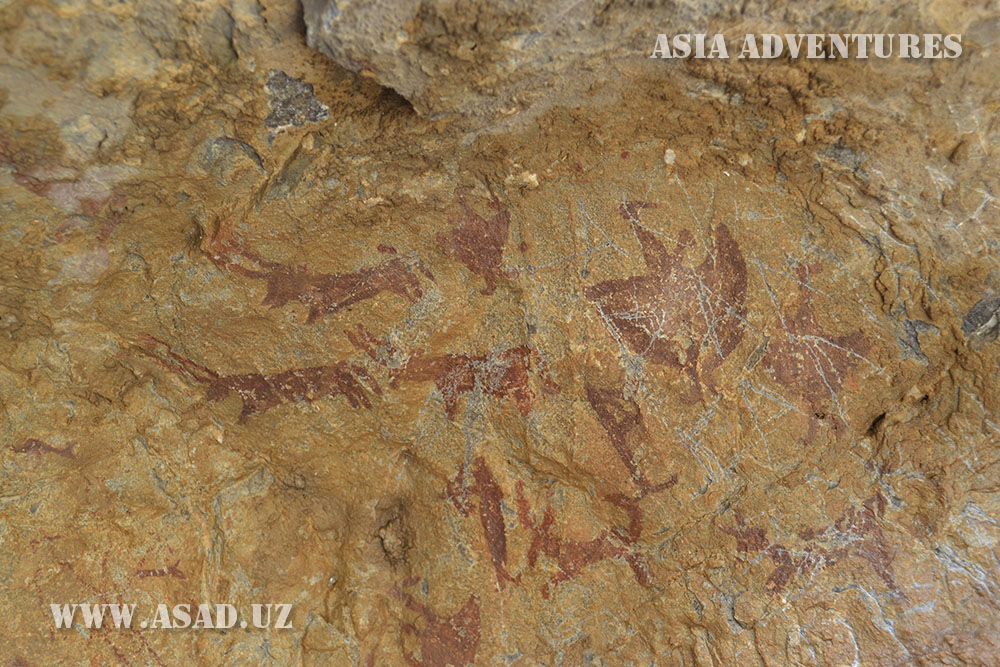 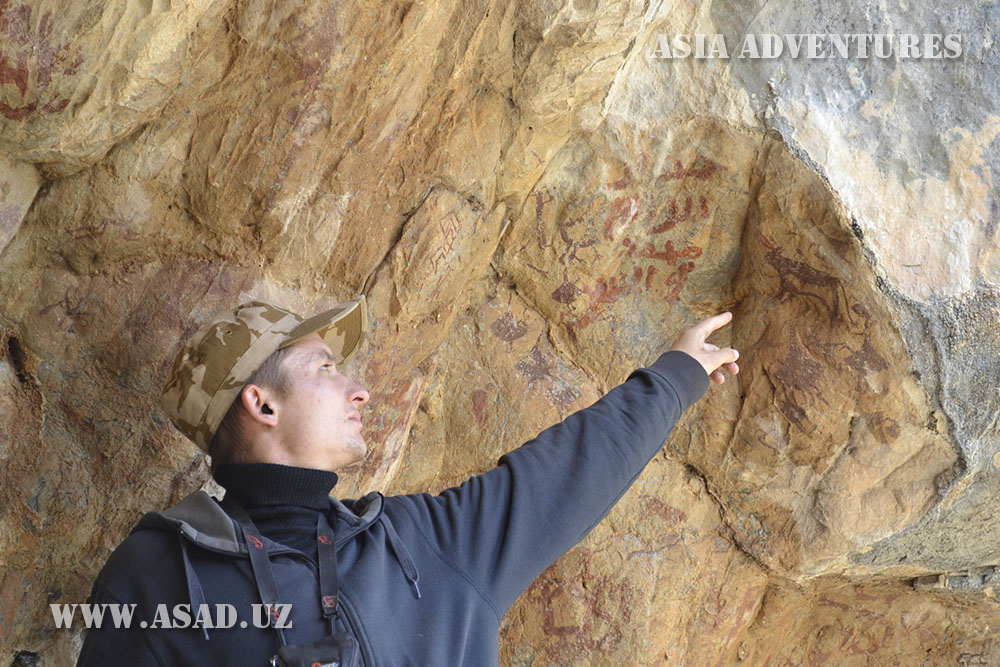 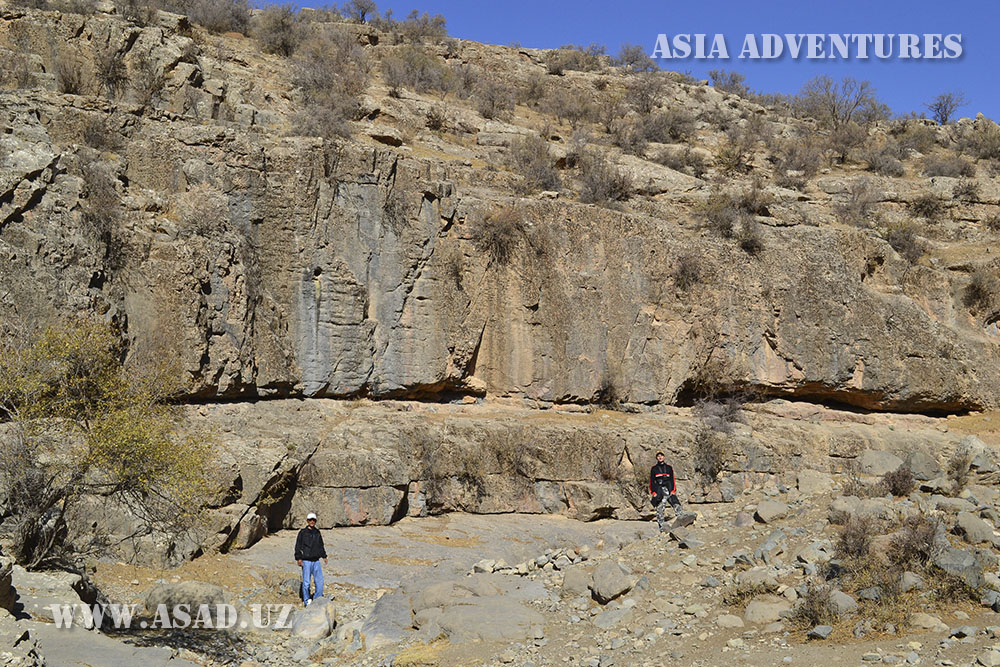 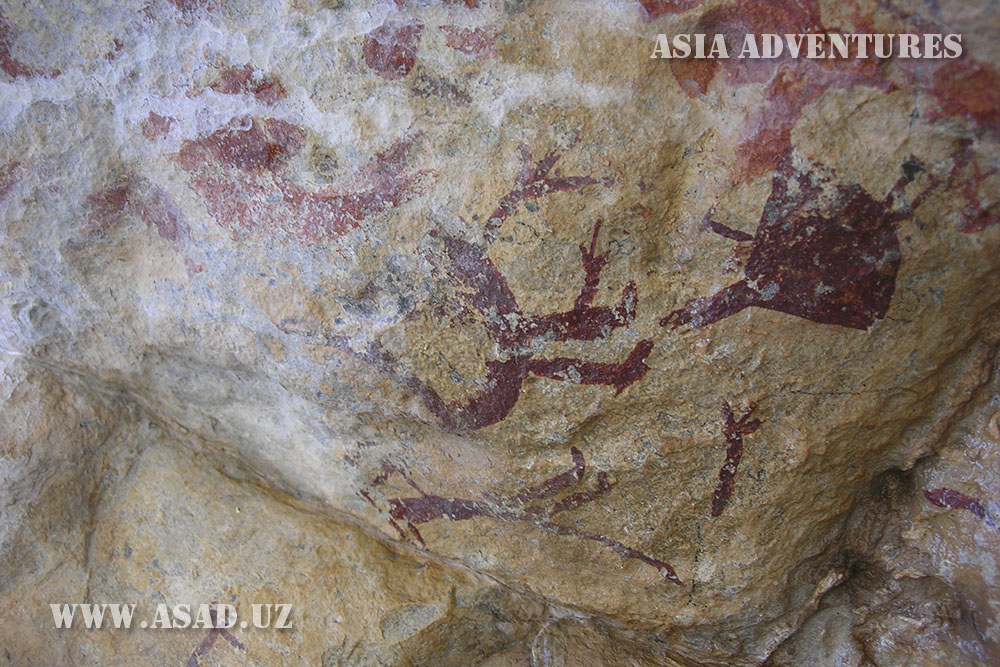 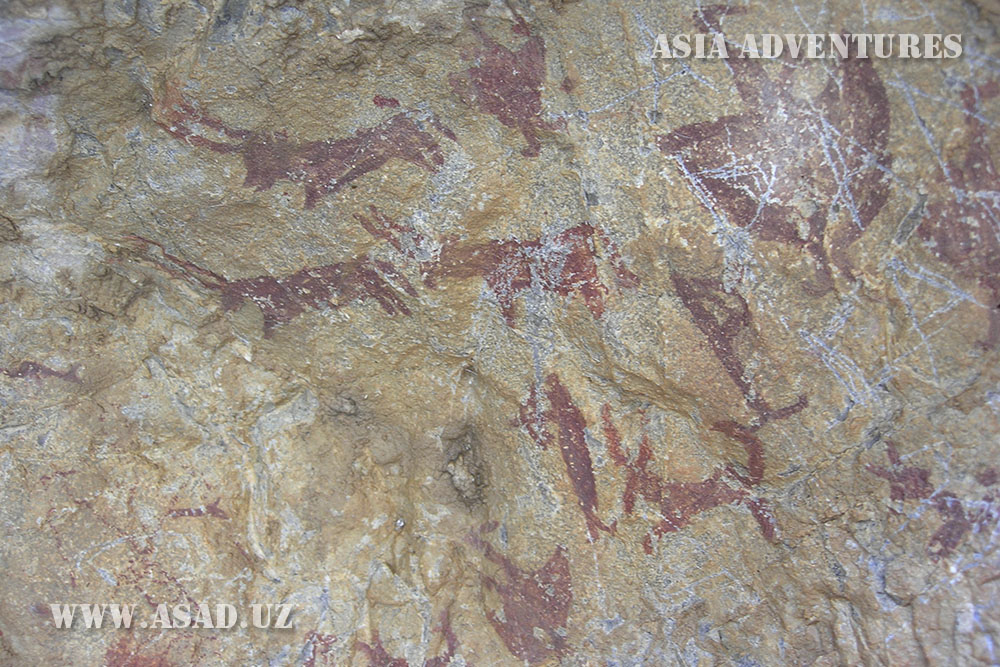