A person, a people, a nation is alive as long as the memory of them is alive. And this memory is stored in writings, shards, ornaments, frescoes, architectural structures since the beginning of time... a memory that is carefully preserved by eyewitnesses. The memory that should be preserved by their descendants.
Sometimes these memories are so terrible that you want to erase and delete them from history. Therefore, the feat of a person, a people, a nation in the Second World War is something that we have no right to forget. The memory of the war turned the world upside down in 1939-1945 and became the largest armed conflict in the history of mankind.
The losses in this war are immeasurable. Uzbekistan's contribution is great. The country received about one and a half million evacuees, among whom there were about three hundred thousand orphans. In the factories of Uzbekistan, they worked day and night for the benefit of the front, supplying food and weapons; about two million Uzbek soldiers fought on the fronts; and in the hospitals deployed in the country, the wounded were brought back to life.
The “Galaba” memorial complex in Tashkent is dedicated to this feat. Victory Park spreads over an area of 12.5 hectares.
more...
With a fountain in the form of the Order "Victory" as a testimony to the courage and heroism of the Uzbek people. With the railway station as a symbol of constant communication with the front. With exhibitions of military equipment from the war: planes, tanks, artillery pieces… With various installations in the form of battles, trenches, dugouts, field kitchens...
With a memorial "Ode to Perseverance" dedicated to Zulfiya Zakirova, a mother who lost five sons in the war. This is a monument to mothers and women who see off and certainly believe in the return of their relatives from the front.
With the artistic composition "Teardrop" in the shape of an eye with tombstones about the horror of war, unity and heroism of a person, regardless of religion and nationality.
With an alley of marble panels with fragments from history, leading to the noteworthy State Museum of Glory, consisting of six departments, created on the basis of archival documents and photographs of the war years.
Mobilization of the population of Uzbekistan to the front. The feat of people in the rear. Science, education, culture, health care of the country during the war. Fiction, art, and printing in wartime. The Joy of Victory. An eternity of heroism. Each department of the museum is represented by installations reflecting events that are thematically related to them, photographs, documents, and a Book of Memory…
And above the museum, like a crown, stands the monument "Eternal Feat" in honor of Major General Sabir Rakhimov and all the soldiers who fought for freedom.
This memorial complex reflects a lot of things. Sorrow, horror, feat, joy, pride, glory… And of course the memory. A memory that is alive, thanks to which the feat of the Uzbek people is alive. 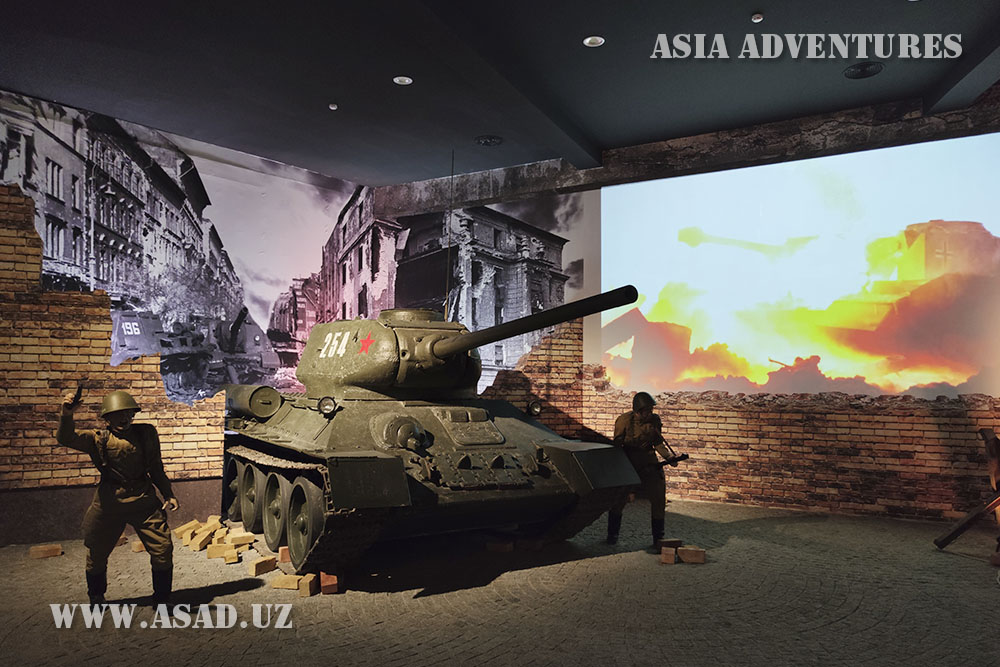 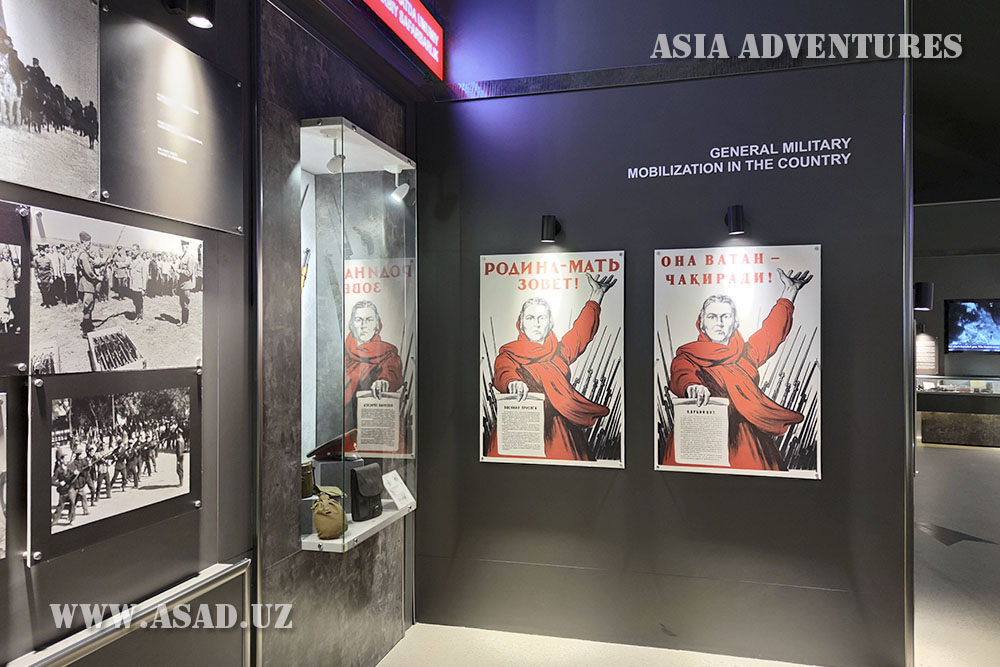 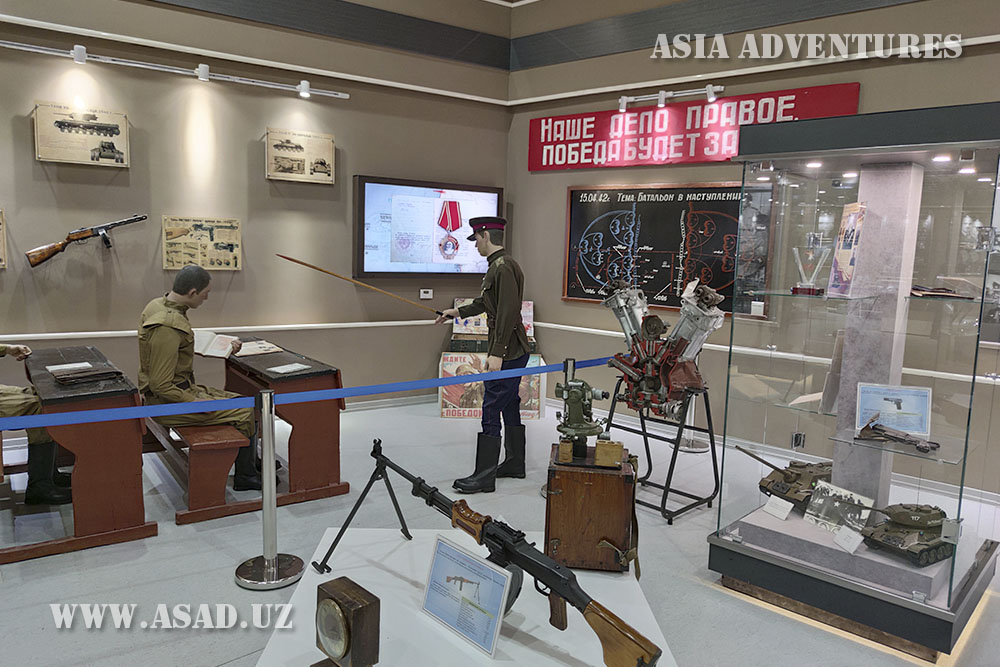 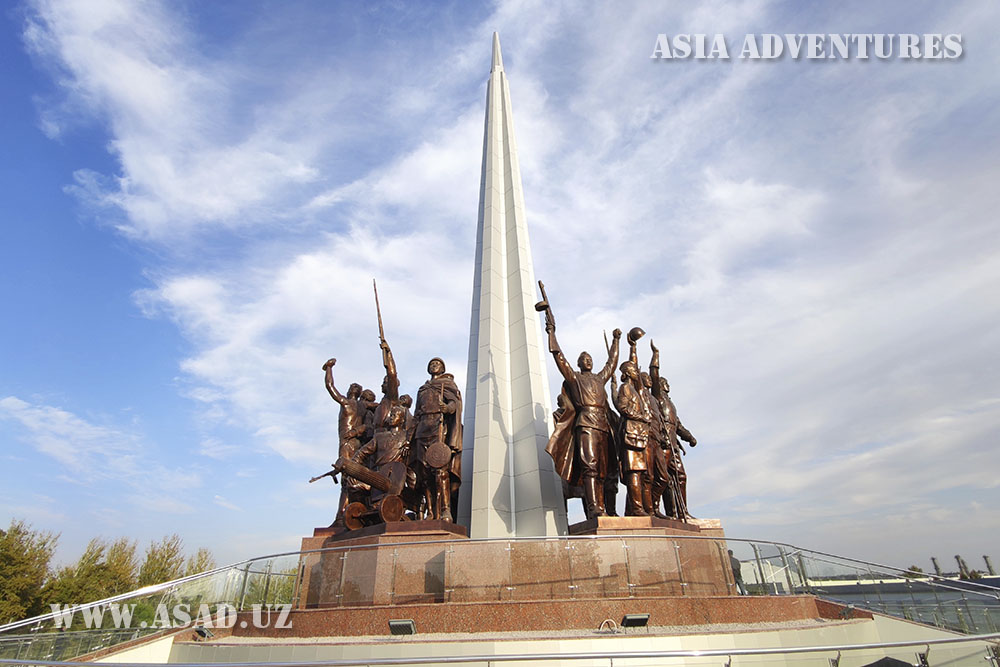 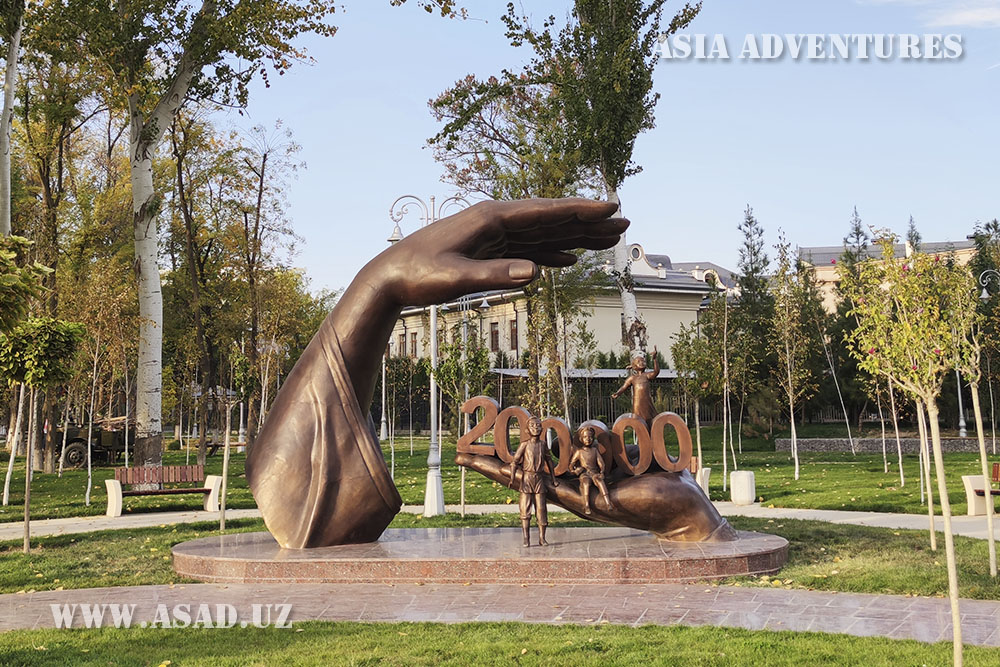 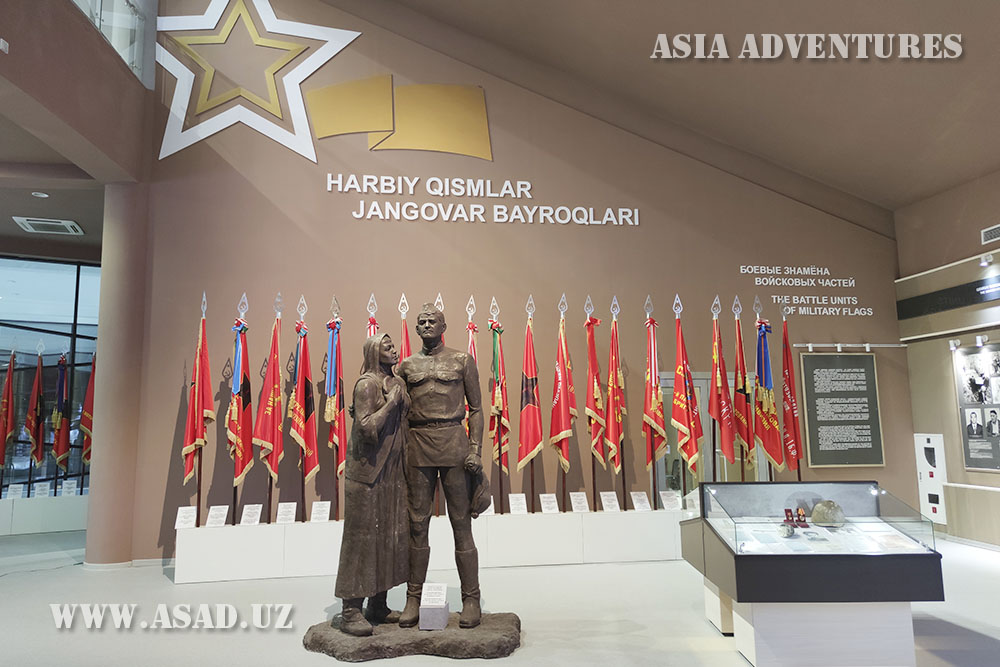 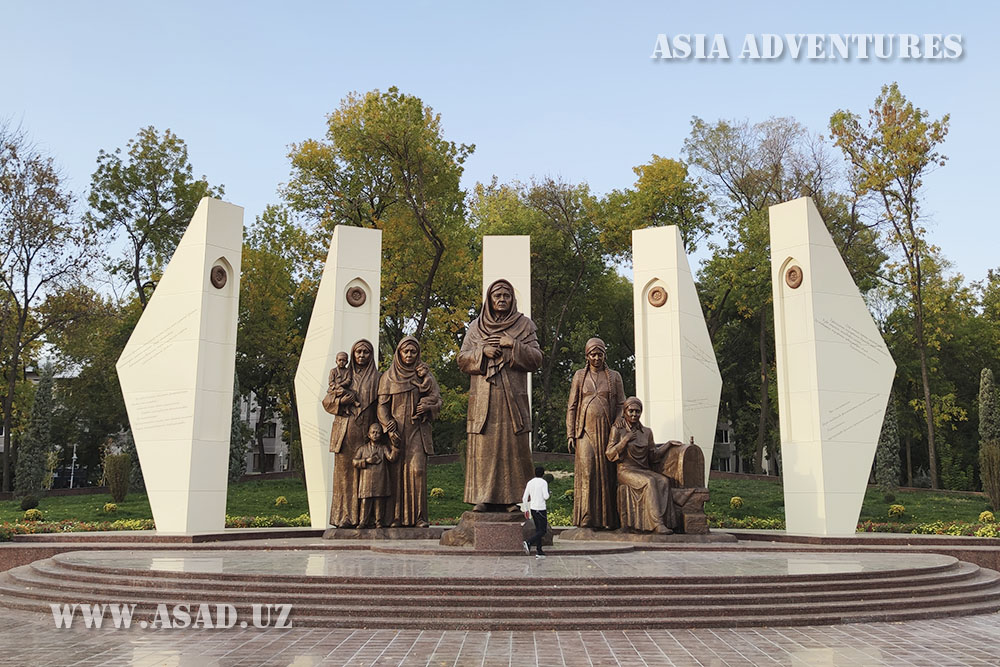 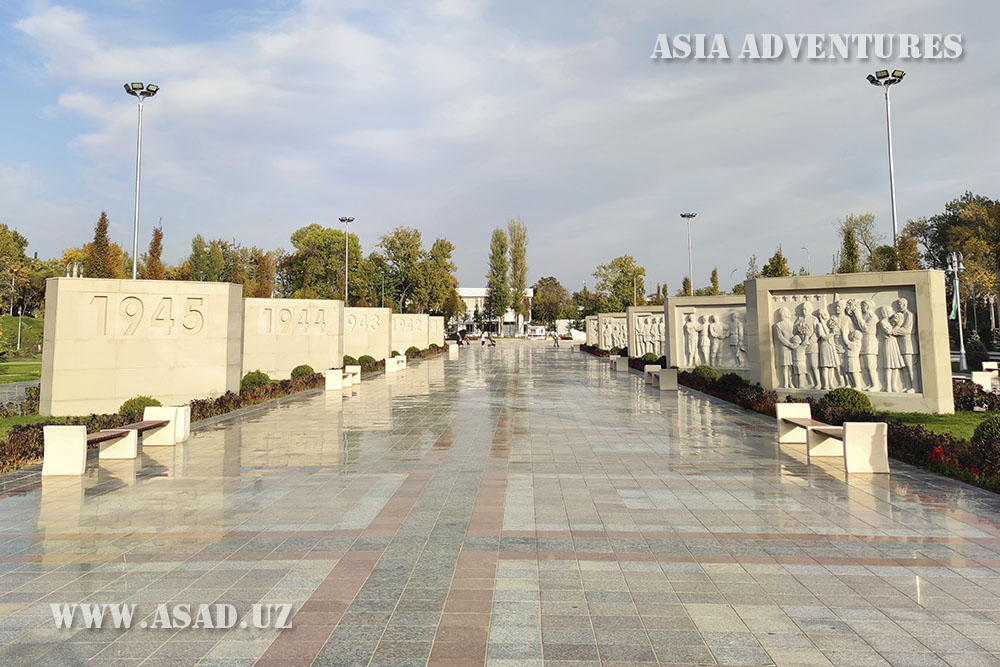 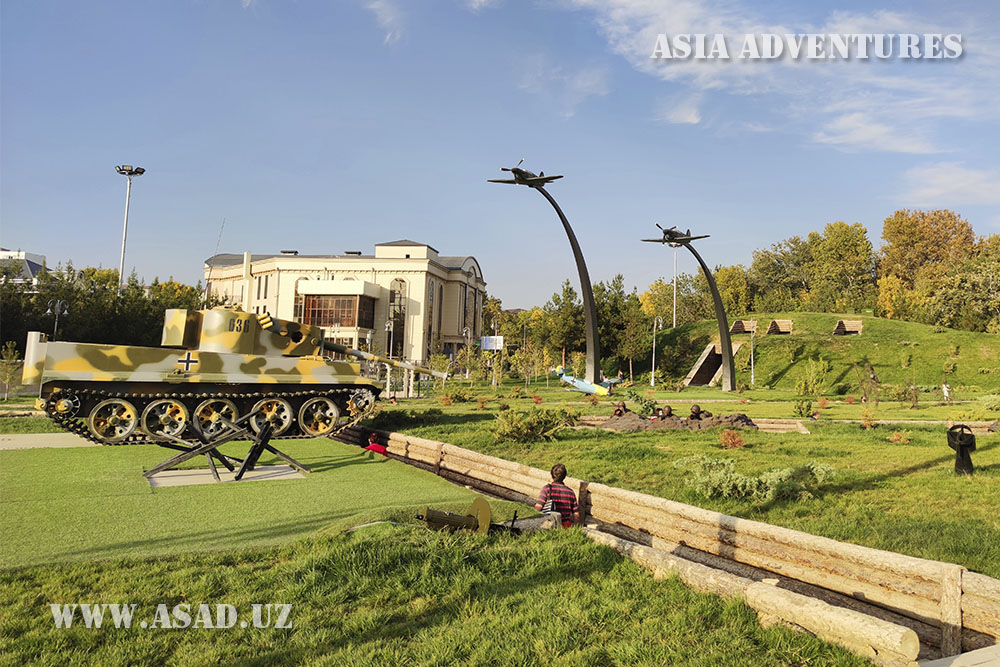 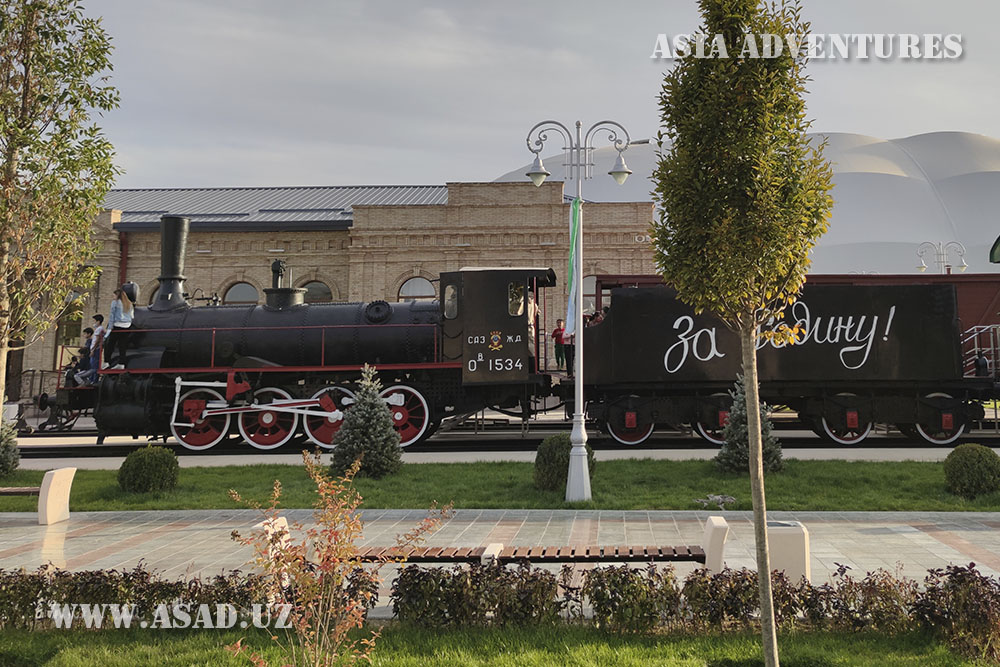 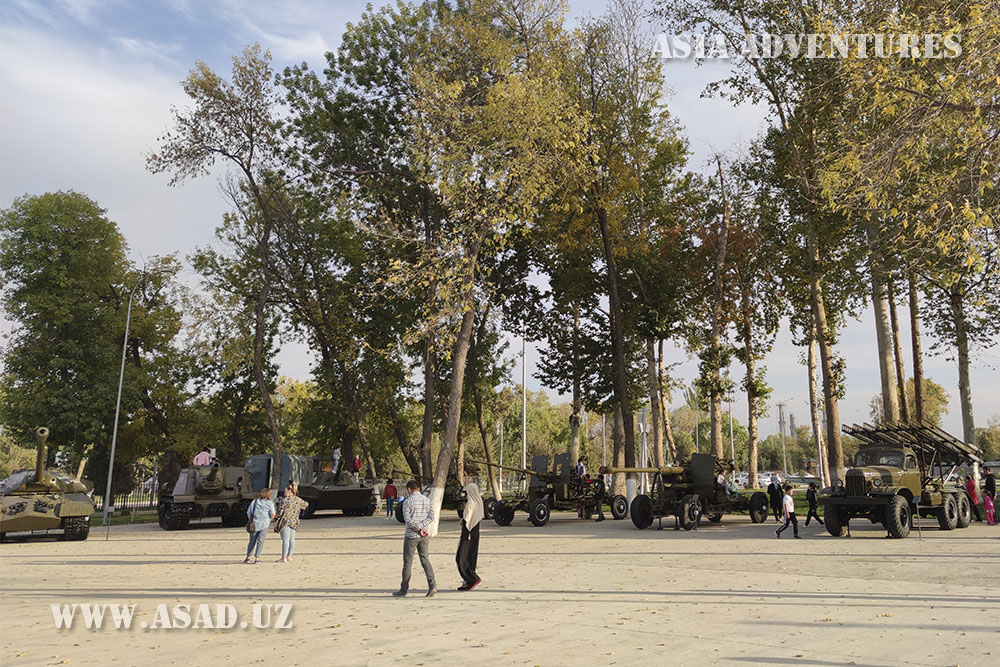 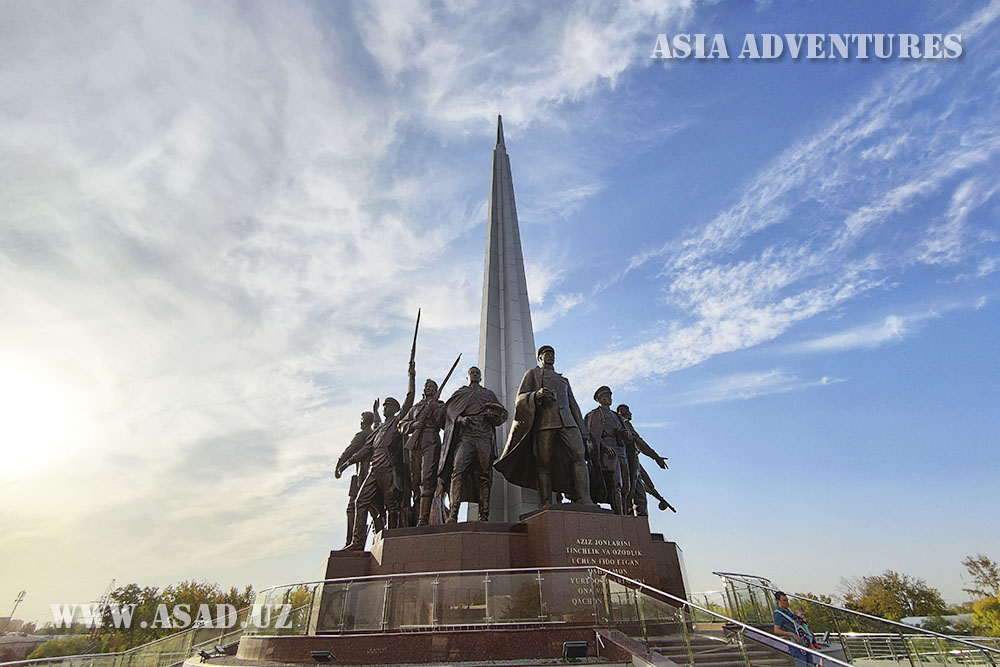