Firstly the ascension on Engels Peak 6510 m was accomplished by Georgian climbers in 1954 along the route from the shute of south wall (5A) under the direction Kuzmin K. And already in 1963 the team of army expedition under the direction of Nekrasov V. passed the most difficult route for that time along south-east rib, and next years more difficult routes were made. Lately there wasn’t any climbing season without the facts that one or several sport expeditions worked on the summits of the range in summer. Good stable weather in summer, nearness of base camp location from the road, near approaches to the route from base camp, close location of summits with qualified and untrodden routes of any category of difficulty make this region attractive for climbers with qualification higher 3d rate. 3 following summits with a height more than 6500 m are remained especially alluring for sportsmen: K.Marks Peak (6726 m), Engels Peak (6510 m) and Tajikistan Peak (6565 m). More than 10 difficult routes (the simplest route has 5B c.o.d. among them) have already been developed to Engels Peak (the nearest peak to the base camp on the meadows of Kishty-Jerob Gorge at the altitude of 4100 m), and despite of it, some opportunities are remained for developing of new routes, even more difficult ones. 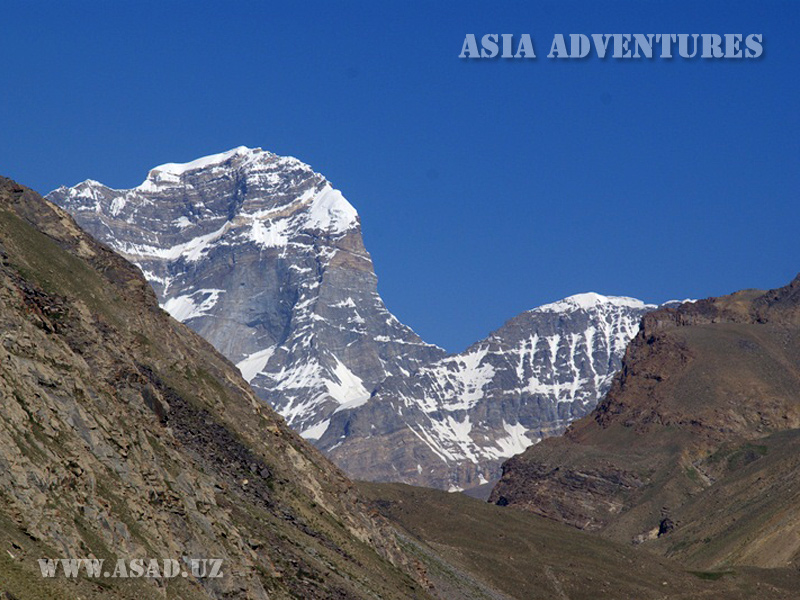 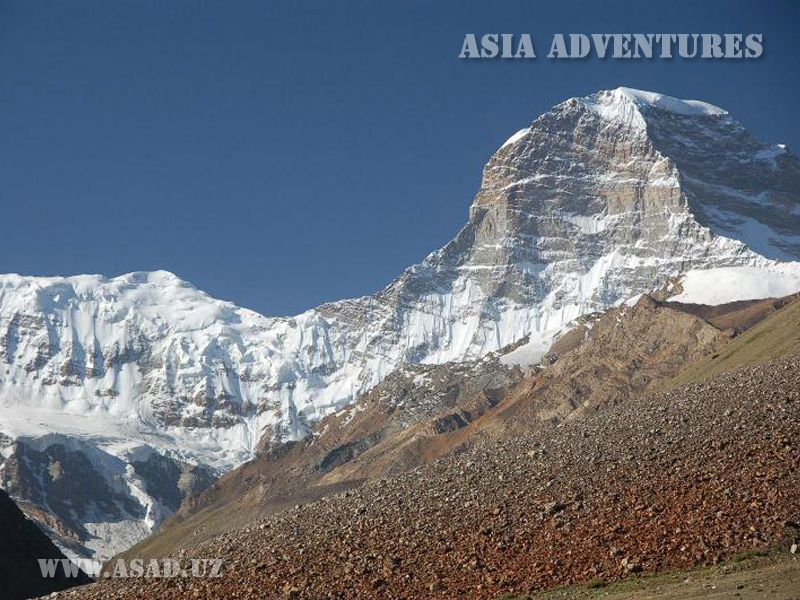 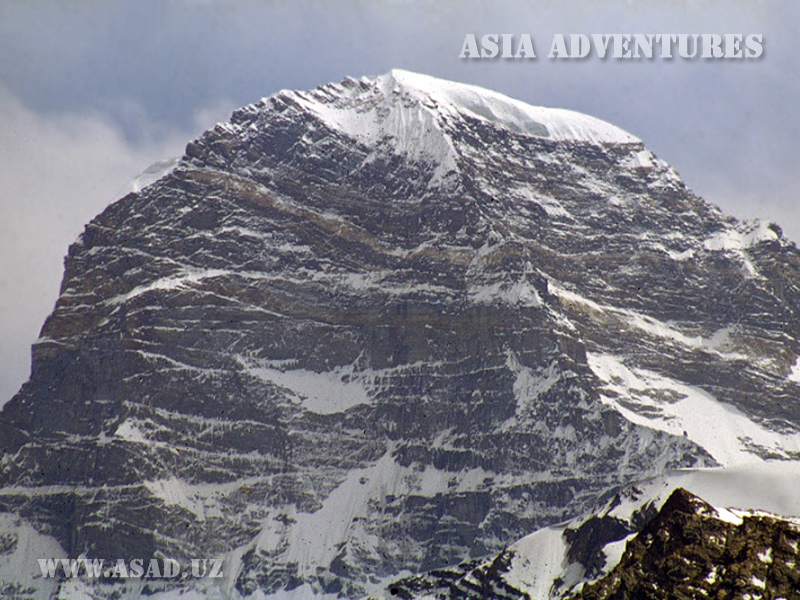 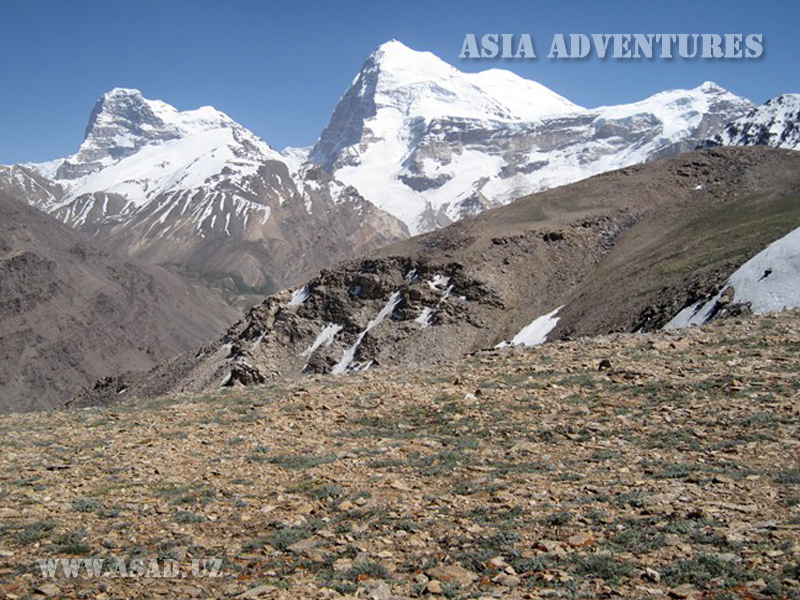 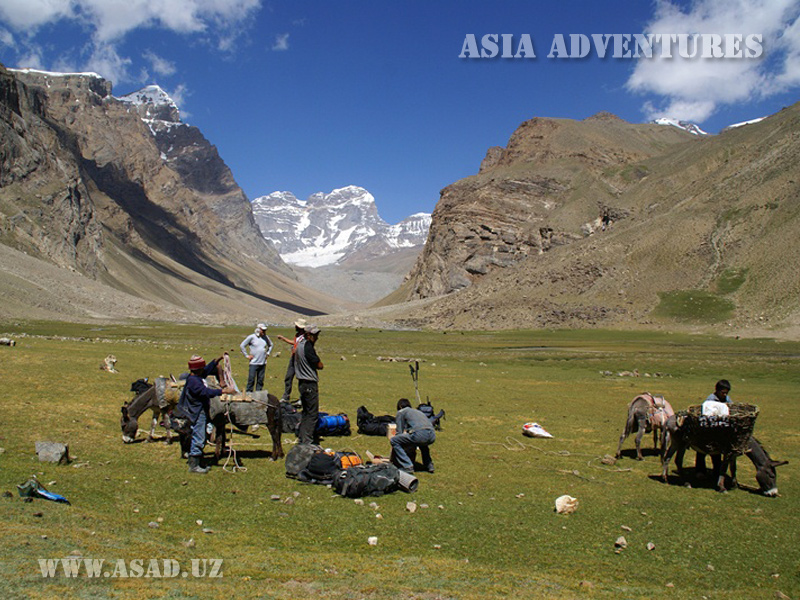 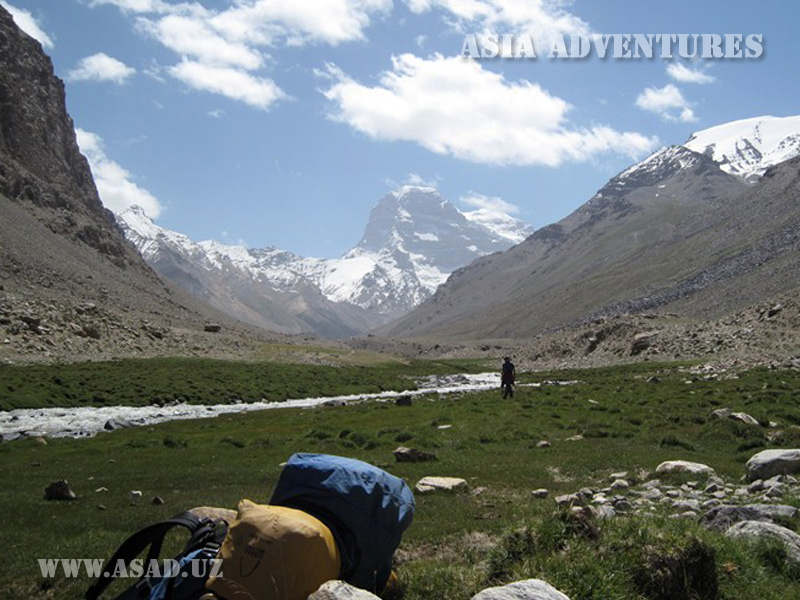 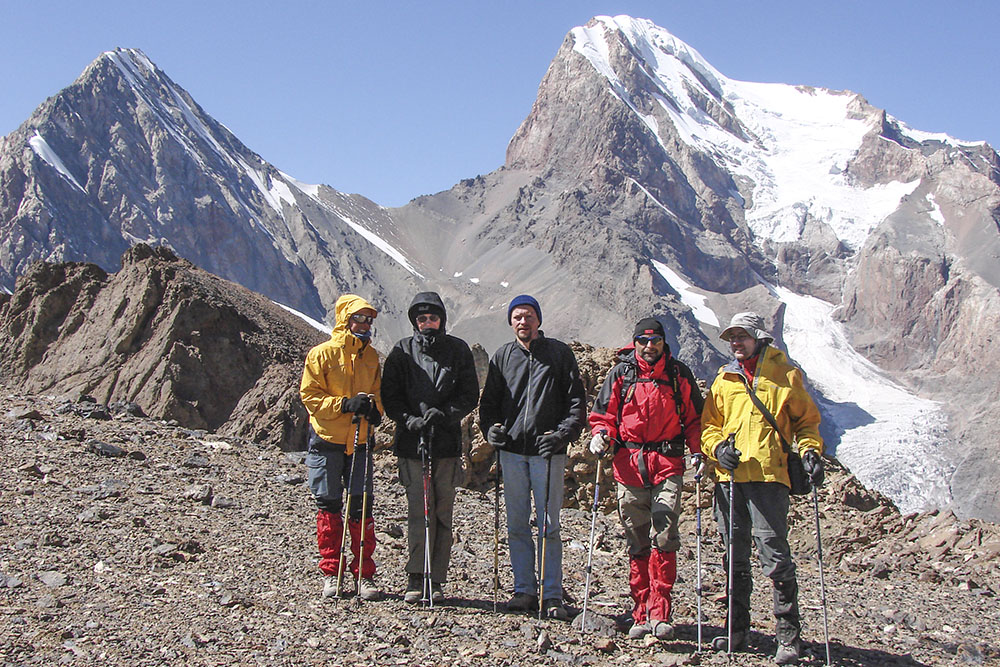 Tajikistan | Mountaineering and expeditions in Tajikistan