The Alisher Navoi National Park is one of Uzbekistan’s largest urban parks. It was founded by the members of the Komsomol organisation from Tashkent in 1932. The park, which in the Soviet period was named Komsomolsky, was constructed on the site of the quarry of an old brick factory by volunteers. Currently, it bears the name of great medieval enlightener Alisher Navoi. The area of the park's land is 65 ha, while its lake and network of canals make up a total of 9 ha.

The Alisher Navoi Park is located in Almazar Street, one of Tashkent’s key arteries. The arch of the main entrance faces the Beshagach Square. The park’s territory is very green, with the crowns of century-old trees forming a cobweb of natural shady alleys and ornamental shrubs and bright flower beds creating special romantic atmosphere. There you can enjoy sculling a boat, riding a bike or roller-skating. Various amusements and the large artificial lake, in which swimming is allowed in warm seasons, would make your mood even better. The shores of the lake are lined with numerous cafes and restaurants, where you can have a light snack or a substantial meal. There you can even see a railway built in 1940. It is an exact copy of a real railway with a locomotive, rails, carriages and signals – all are somewhat smaller than their originals. The drivers, stationmasters and guards are children between 12 and 16, certainly, supervised by adults.

In the centre of the park is the world’s largest monument of Alisher Navoi, a great 15th-century Uzbek poet, which is installed on a mound under a light domed rotunda.

The territory of the Alisher Navoi Park is the site of a number of buildings and monuments, most of which are quite original in design: Oliy Majlis (Uzbek Parliament), the main register office, restaurant Navruz, concert hall Istiklol, a series of fountains, an exhibition hall, the main stage for the country’s official ceremonies and the medieval Abulkasym madrasah (16th century). Today the Abulkasym madrasah houses the Centre for Traditional Applied Arts – the association for craftsmen Khurnamad. There you can see how painters, jewellers, wood engravers and miniaturists work and teach and buy their original items that would always recall you Uzbekistan. 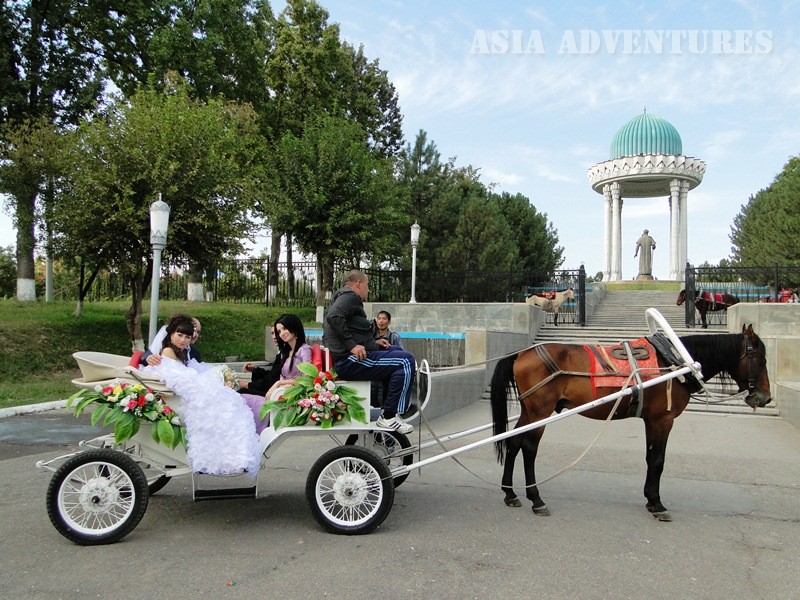 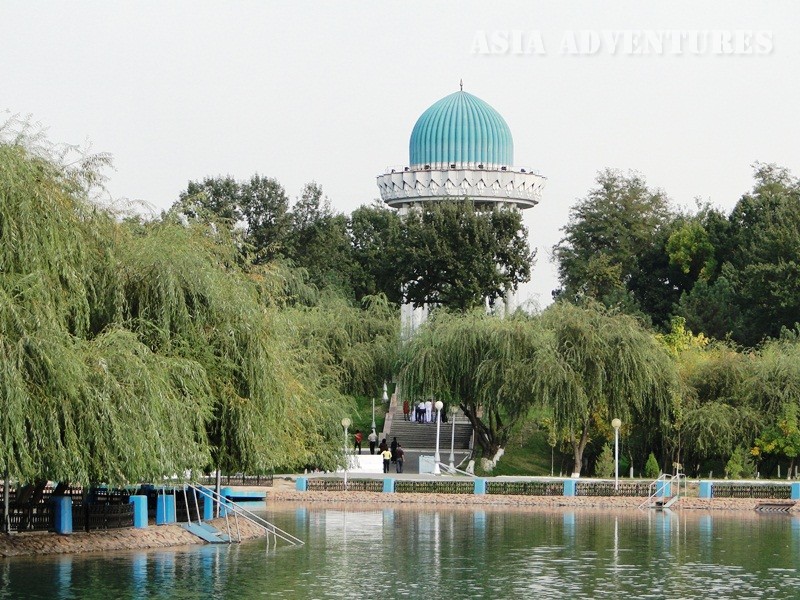 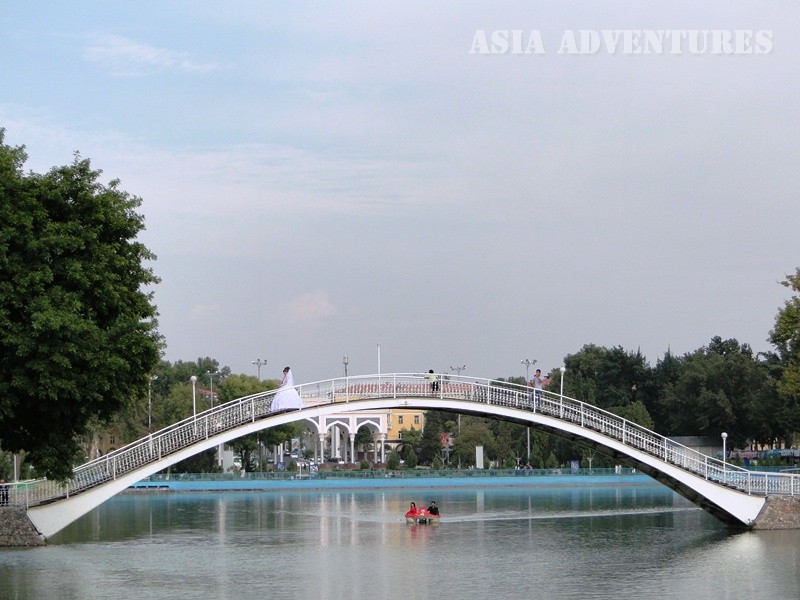 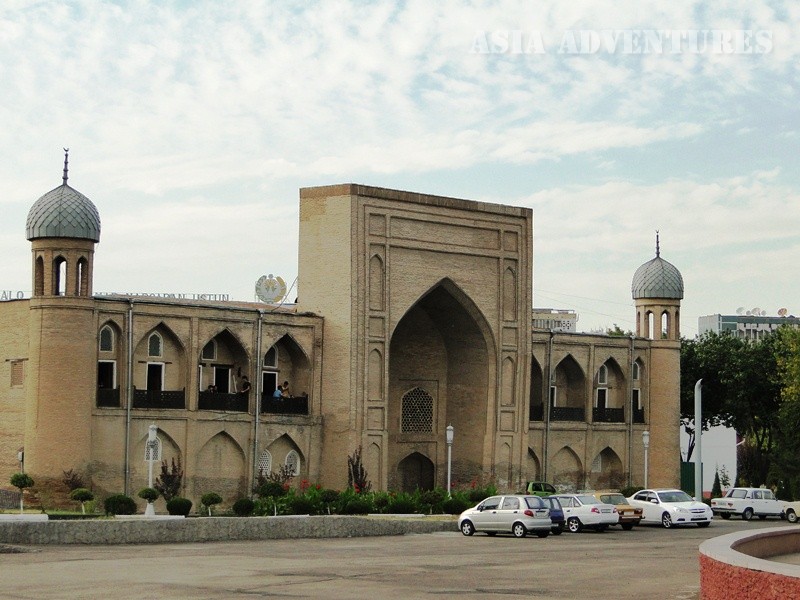 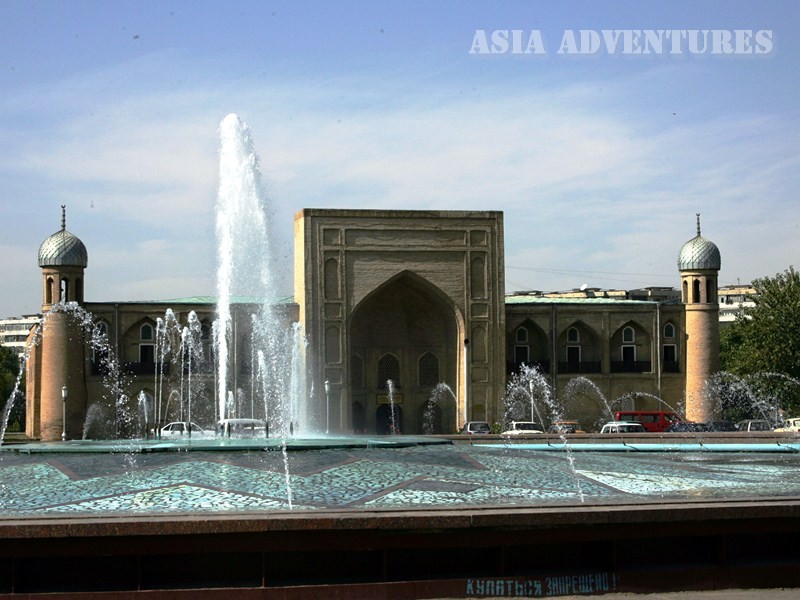