The monumental complex ‘Courage’ dedicated to the 1966 earthquake in Tashkent is one of the most significant monuments in today’s city.

On 26 April 1966, at 5:24 a.m., an earthquake with a magnitude of 8.3 shook the city. The incredibly strong seismic shaking changed Tashkent"s appearance forever. Half of the city’s inhabitants were left without a roof over their heads and had to live in tents. The earthquake had had its epicentre at a depth of 10 km right under the central blocks of Tashkent, in about the place where the Monument of Courage was erected.

Builders from all over the former USSR participated in the reconstruction of Tashkent. Several months after the first new houses were already able to receive the victims of the earthquake. Broad residential quarters sprang up on the outskirts of the capital, while the centre of the city saw its old destroyed buildings reconstructed and renovated.

A black labradorite cube with the date of 26 April 1966 inscribed on one of its sides is installed on a granite pedestal. Another side of the cube presents a clock, the hands of which show the time of 5:24. The cube is split by a crack symbolising the break of the earth and continuing to the foot of the statue, which represents a woman embracing a child and a man trying to protect them with his breast from the strike of the nature. In the background of the monument there is a composition in relief telling about the restoration of Tashkent. 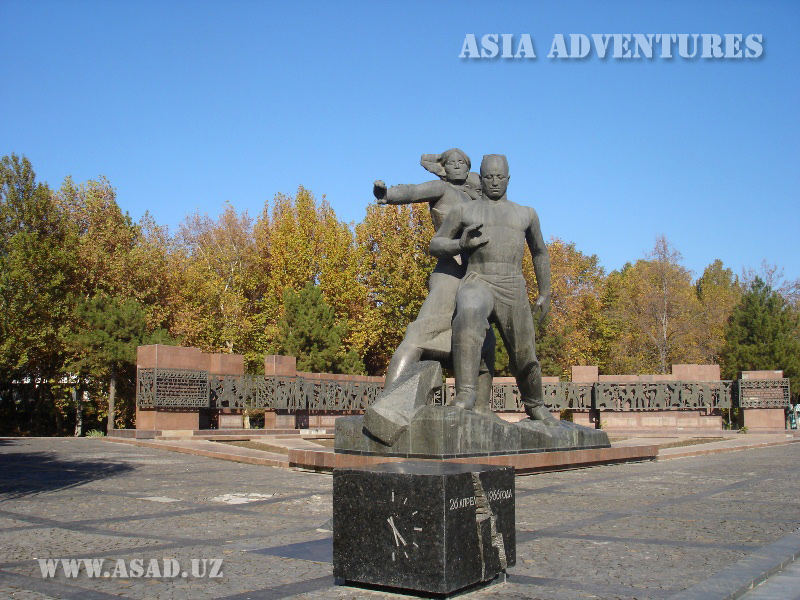 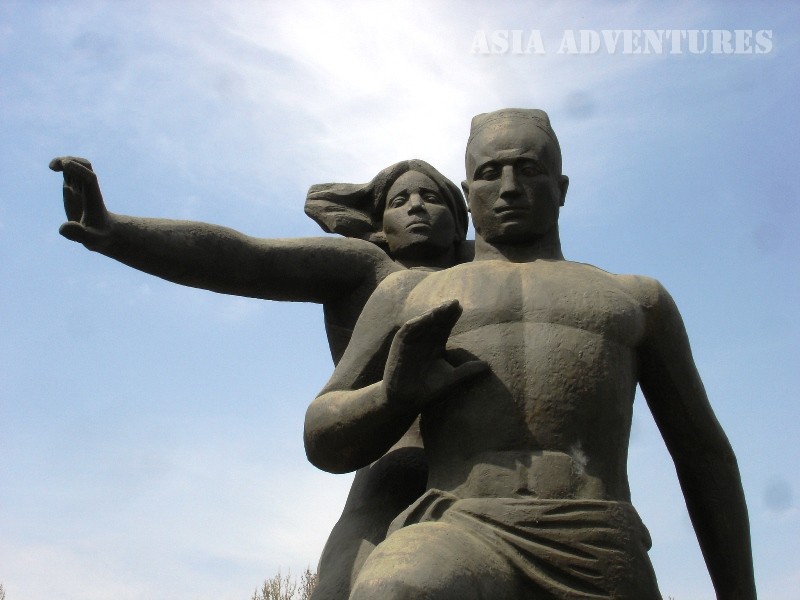 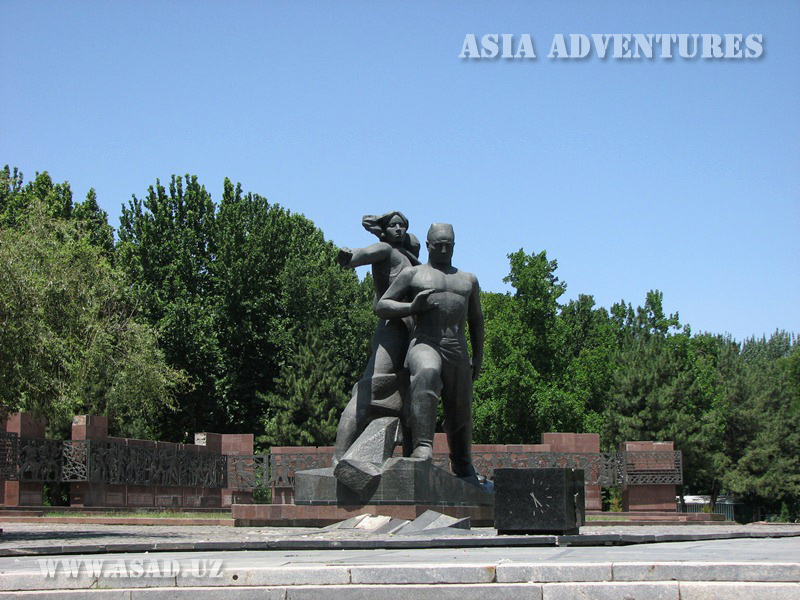